The researchers described their findings in a paper published online January 28 in PLOS ONE (http://dx.plos.org/10.1371/journal.pone.0055048). The study was conducted in False Bay, South Africa where the scientists tracked 56 tagged white sharks of both sexes ranging in size from 1.7 to 5 meters over a period of 32 months.

“We found that white sharks showed high levels of residency to the seal colony over autumn and winter as expected, but we were very surprised to learn that female sharks showed equally high residency at inshore areas during spring and summer and that males were notably absent,” said Alison Kock, who led the study as part of her PhD research at the University of Cape Town (UCT). Kock explains that “the shift from the island in autumn and winter to the inshore region in spring and summer by female sharks mirrors the seasonal peaks in prey abundance including juvenile seals at the island in winter and a range of migratory fish along the inshore during the warmer months”.

White sharks are threatened apex predators and despite South Africa enacting protective legislation in 1991, there is limited knowledge available on how best to make such protection effective. Currently no critical area conservation plans exist for False Bay, or anywhere in South Africa. This study confirms False Bay as a critical area for white shark conservation and identifies that females are particularly at risk, due to their frequent use of the inshore areas of the Bay, which are impacted by fishing, pollution, and damage to natural habitat from coastal development. 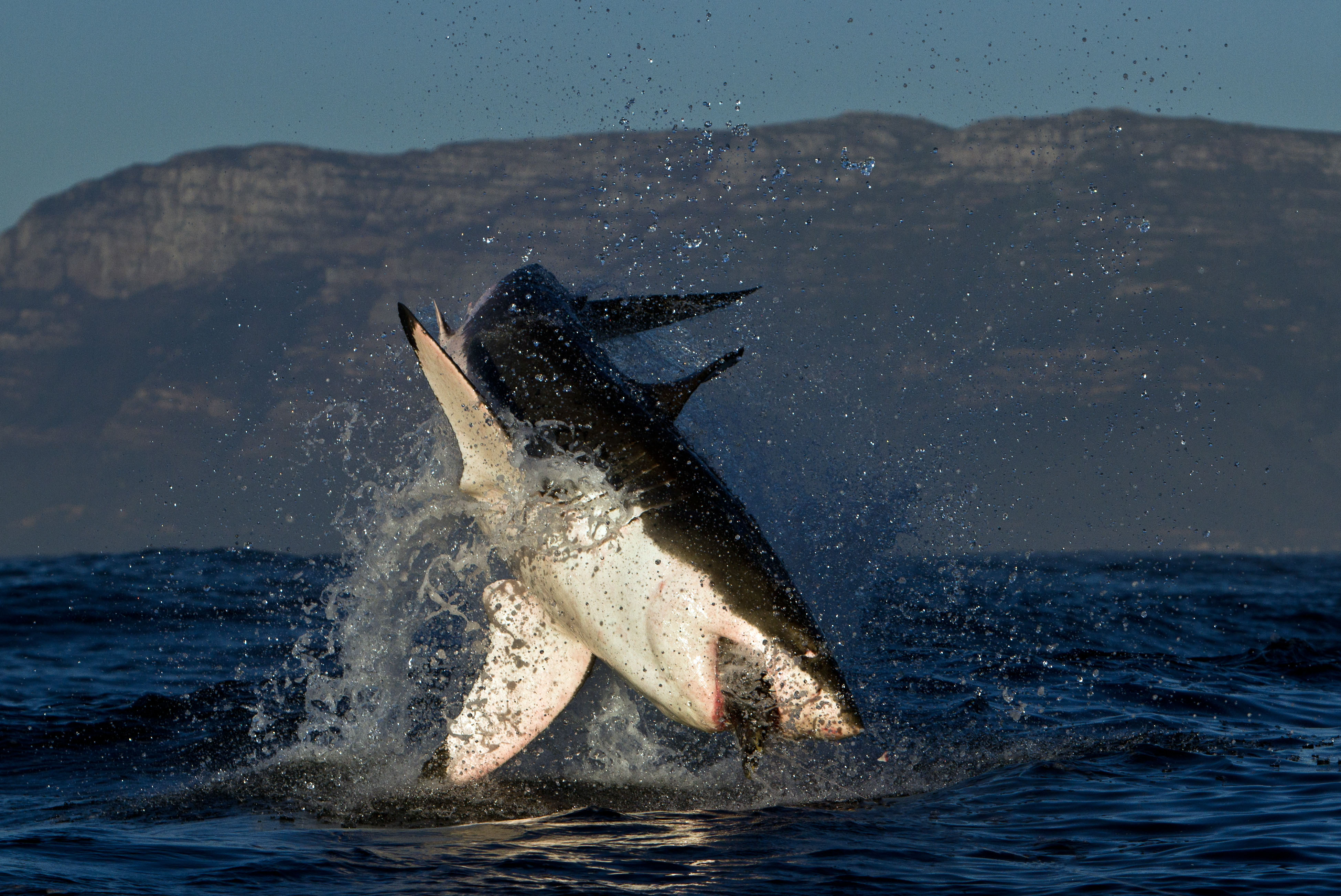 Furthermore, the finding that female sharks frequent the inshore regions during spring and summer when recreational use peaks highlights the need for ongoing shark-human conflict mitigation strategies such as the Shark Spotter program in Cape Town, for which Kock serves as the research manager. The Shark Spotters aim to improve public safety while simultaneously conserving this vulnerable shark population.

Although the study focused locally, its findings have broad conservation and management implications because it highlights the need for understanding how behavioural patterns differ between sexes of the same population as this can influence a particular sex’s susceptibility to threats. Co-author, Justin O’Riain, Associate Professor of behavioural ecology at UCT welcomed the findings as an important contribution to the broad field of predator spatial ecology, “We have a wealth of such information for land predators and these results provide an important step in narrowing the knowledge gap between marine and terrestrial systems and assessing the extent of our generalities”.

In addition to Kock and O’Riain, the co-authors of the paper are Katya Mauff, a statistics professional at UCT, Michael Meÿer and Deon Kotze from the Department of Environmental Affairs, Oceans and Coasts Branch and Charles Griffiths, Professor of marine biology at UCT. This research was funded by the Save Our Seas Foundation and the Department of Environmental Affairs provided research equipment and ship time. The National Research Foundation (SA) provided bursary funding for Alison Kock.