Mako: trouble catching up with the fastest shark

It is difficult to catch things that move fast. It is even harder to locate things that are both fast and rare. These are just two of the problems that our team faces in our study of the shortfin mako shark, the fastest shark in the sea that has been clocked at speeds of about 50 kilometres per hour (more than 30 miles per hour). We aim to use new satellite tags to find out where makos migrate to, what habitats they prefer and what they are doing when there – all to aid their conservation. At present there are no regulations limiting the commercial fishery catches of mako sharks anywhere in the world and there are concerns about their population levels.

As I write this, the Sims Lab is at sea searching for makos, while others back in the lab on land are sitting in front of computers and waiting for the data to start rolling in. In previous work supported by the Save Our Seas Foundation we discovered a few North Atlantic hotspots of adult makos, including pregnant ones. Now we are going back to these open-ocean haunts to track the sharks’ migrations with new satellite transmitters. It is vital for us to find out where the pregnant makos go if we are to have any hope of conserving the species in the long term.

But first we have to find them, a task that in the decade we’ve been studying makos has not proven easy. Some scientists have reported dramatic declines in North Atlantic shortfin makos over the past 20 years; this apparent increasing rarity chimes with our own experiences – we have seen fewer of them in recent years. How many will we see this trip?

We left port behind 14 days ago, and it has taken eight days of steaming on a large ship right into the heart of the North Atlantic to get to the mako hotspots. The sea bottom lies several kilometres down and the ocean expanse mirrors the sky all around, with no other ships visible. This is definitely ocean wilderness. But for five days – no makos. Over and over again, we set the long-lines during the day to fish at night, all to no avail. 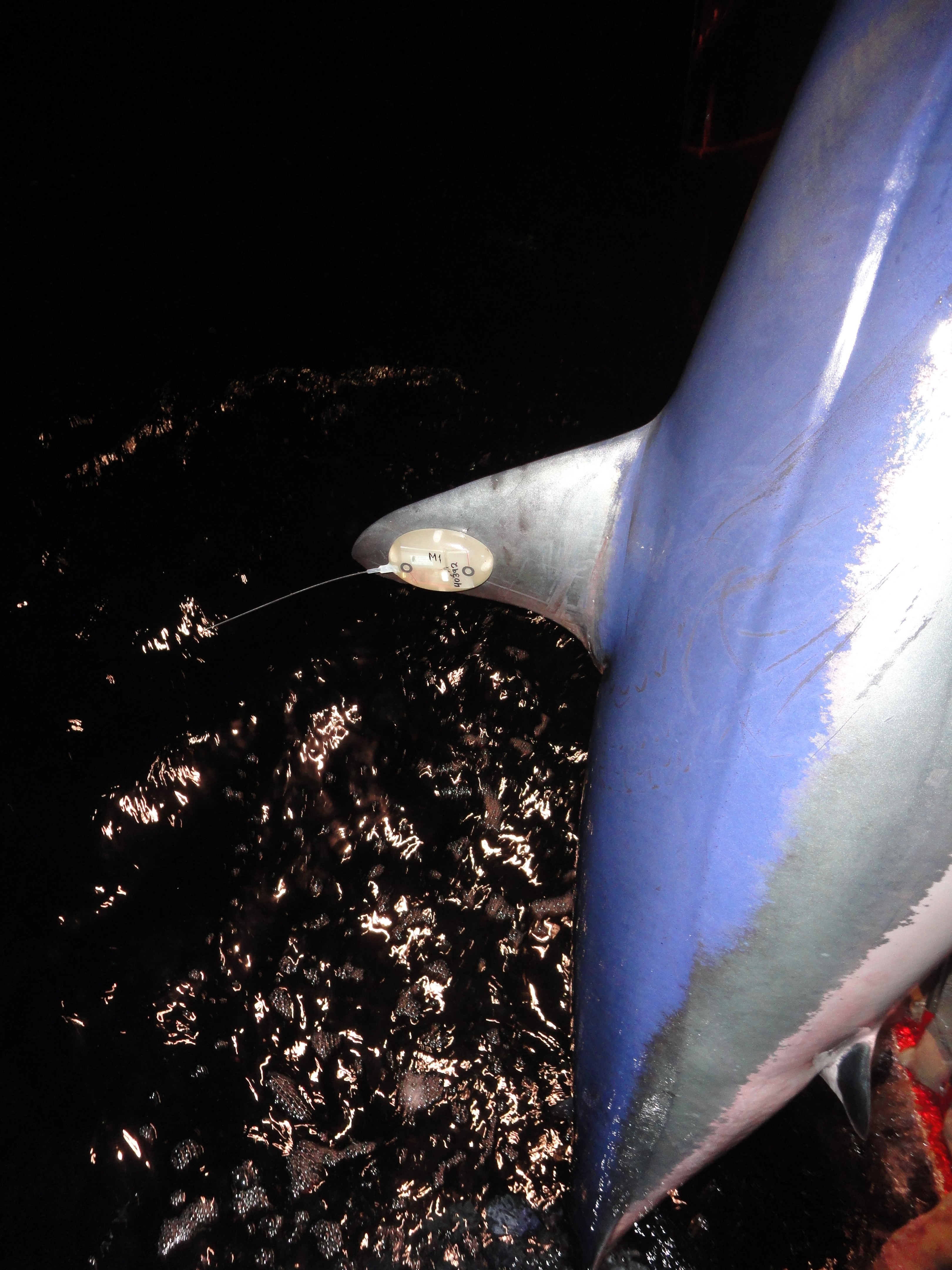 Then, all at once, three beautiful, large makos were encountered. We fitted them with small transmitters on their first dorsal fins and released them back into the blue. Success!

Now we have seven tags left in the box. Out go the lines once again in the hope we might meet more of these high-speed ocean wanderers very soon – and hopefully even more of them in the future.