After the last of the 10 satellite transmitter tags had been successfully attached and the shortfin mako sharks carrying them had been released back into the ocean’s expanse to continue their odyssey, the Sims Lab left the western North Atlantic and slowly made its way back to Europe.

We had lots of questions swirling around in our heads and we hoped they would be answered by the data being transmitted to the satellites orbiting the earth 850 kilometres (530 miles) above us. How far do makos swim? Where do they go? How long would they remain there? What are they doing? This is just some of the information we’d like obtain from our project, which is supported by the Save Our Seas Foundation.

And it hasn’t taken long for the data to start flowing. The transmitters mounted on the makos’ dorsal fins have been sending signals into the atmosphere each time an antenna and switch break the water’s surface, ‘dry out’ and turn on. The receivers on board the satellites then detect each transmission and several ‘messages’ sent by a tag enable us to pinpoint the location of its signal – and hence the shark’s current position – to within a few hundred metres. This tracking method, of course, relies on makos spending time at the surface. Luckily for us, we have learnt that between dives into deeper waters, sometimes down to 1.7 kilometres (about one mile), these enigmatic predators come back to the surface, enabling us to follow them wherever they go.

So as we get back to our laboratory at the Marine Biological Association in Plymouth, UK, we start to see the movements of each mako in near real time.

We half expected them to swim quickly away from the tagging location after release, spreading in all directions after the tags had been attached. But although they are clearly very active, covering tens of kilometres in a day, it came as quite a surprise to us that they have actually all stayed within a relatively small area.

Day by day over the past few months we have built up a map of the makos’ movements in relation to oceanographic data, slowly revealing where they prefer to be. It seems these 10 makos choose to remain in a highly productive zone of the North Atlantic, where the warm North Atlantic Current meets the cold Labrador Current. Incredibly, after about four months of tracking, all the makos’ positions have been within an imaginary circle of 600-kilometre (370-mile) radius – which sounds big, but is small by ocean-basin standards and is really only the local neighbourhood for the fastest-swimming shark in the sea.

But by aggregating in this Atlantic ‘hotspot’, the makos could also become the target of long-line fishing vessels operating in the region. Perhaps it is the formation of mako hotspots that have contributed to the declines seen in this species. Aggregating in rich feeding habitat, perhaps with other pelagic predators like swordfish, increases the possibility of capture. Another question occurs to us: will any tagged makos get caught? Only time will tell; we’ll keep you posted. 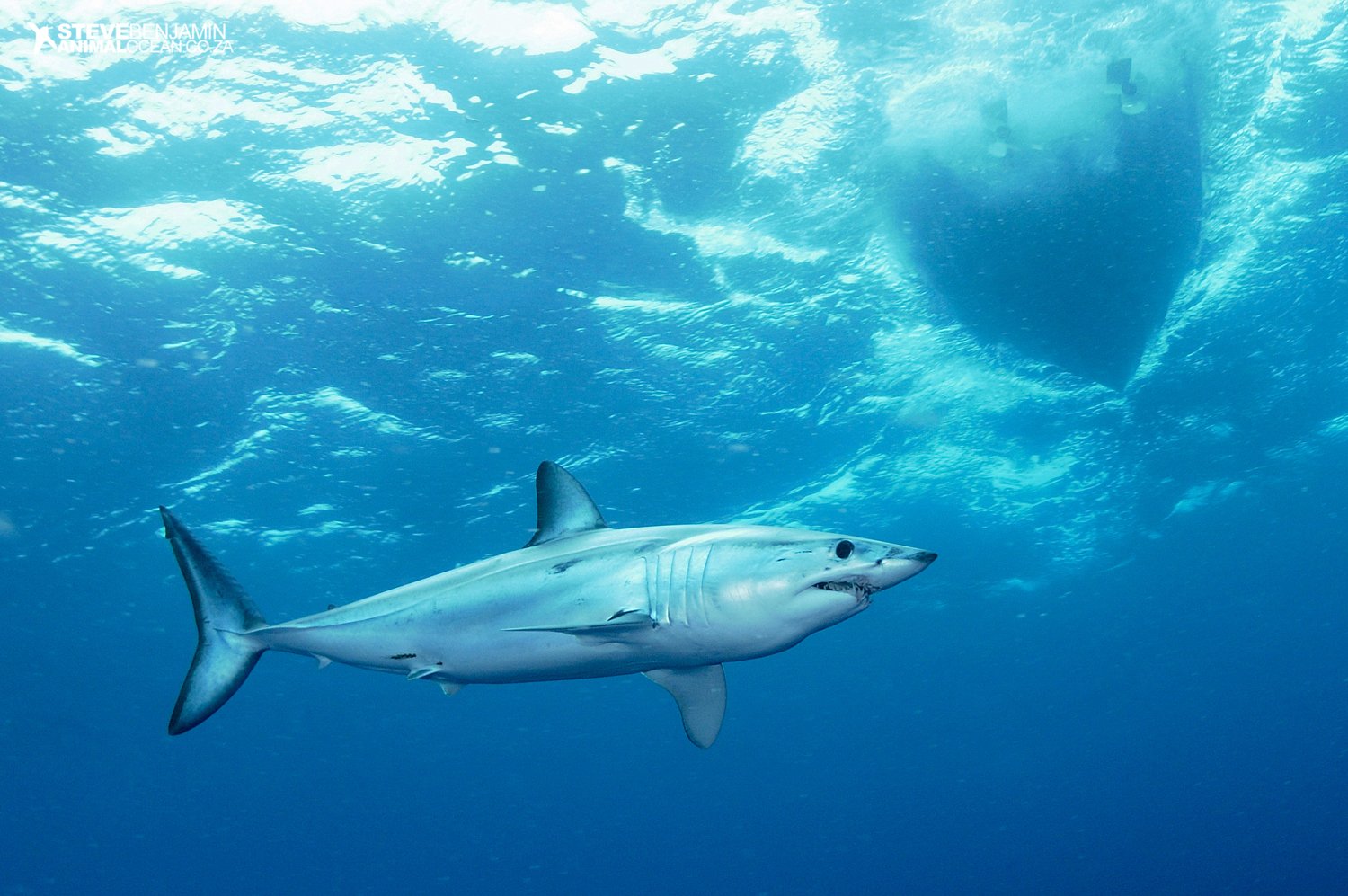