In my research on shark personality, I have begun to take an interest in what sharks do best: eat. If individual sharks don’t all behave in the same way, I see no reason why they would all eat the same things. As we say for humans, you are what you eat.
I study juvenile lemon sharks and my main interest lies in what risks they are willing to take to get food. Do they inhabit sea-grass beds although there is risk in sharing the space with a potential predator? Or do they stay close to mangroves, where potential prey is more likely to escape their attempts at hunting?

A tool that has been developed over the past decades and could provide answers to my questions is stable isotope analysis. This technique, which quantifies carbon and nitrogen ratios in tissue, can detect in which habitat a shark has been feeding the most. It’s convenient, but to use it I need a precious sample from a shark: blood. And not only one little blood sample per shark, but three samples, each taken at one-month intervals, from at least 20 sharks (for statistical purposes).
First issue: catching a shark once is easy enough; catching it a second time is not unusual, but quite lucky; catching it a third time is rather unlikely. 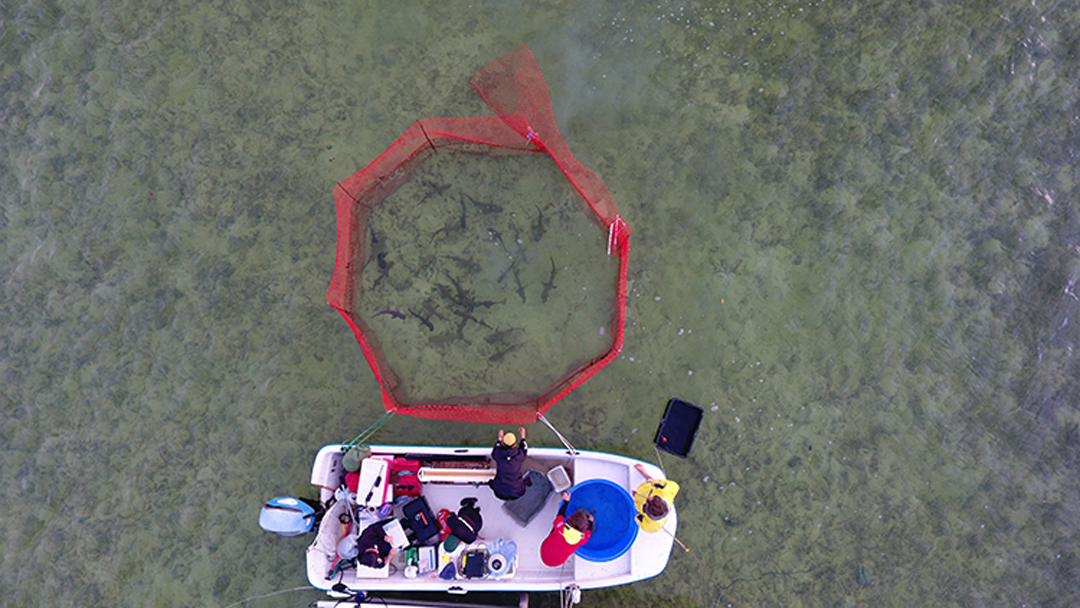 Second issue: taking blood from a big adult shark is challenging enough, despite its bigger veins. Taking blood from a juvenile is quite another story, as it is very difficult to find a vein in such a tiny body!

I set out on my first search for ‘red gold’ one night in March 2017 with a team of five enthusiastic volunteers from the Bimini Shark Lab. Using a gill net, we ended up catching 33 sharks at low tide and placed them in a holding pen until early the next morning. Once we’d hauled in the net we started taking their blood. Sleepy heads and needles don’t make the best allies and of course we got really close to stabbing ourselves multiple times, but everyone returned safely to the lab for a well-deserved rest.
We repeated the operation in May and June 2017. Over time, finding the baby sharks’ veins became easier and we were able to speed up the process. In total, 24 sharks were captured at least twice and 16 were caught all three times. 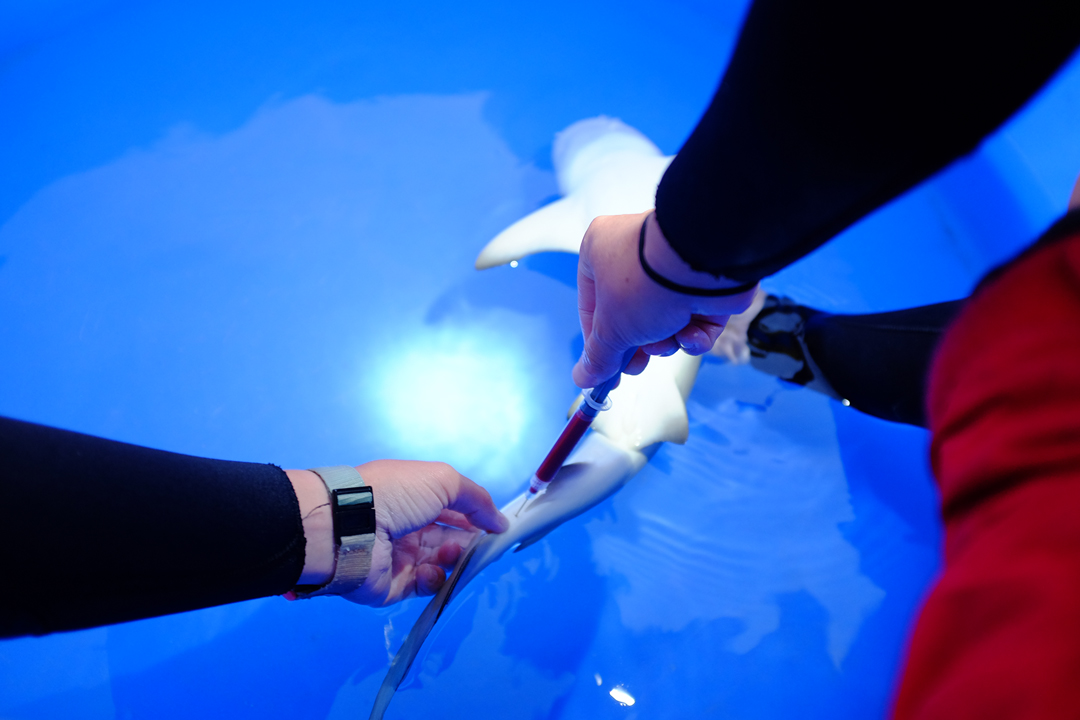 Although our sample size was lower than expected, the precious blood crossed the USA to Canada, where it will be analysed. The analyses will tell us whether the samples provided enough data or if the capture operation will have to be repeated in 2018. Whatever the outcome, the Bimini Shark Lab stands ready for another campaign of shark-catching fun!