Today we are excited to kick off a new rapid assessment survey and investigation of how many mobulid rays are being caught in the province of Antique, a long skinny coastal province in the Philippines whose rich waters are known to host dugongs, manta and mobula rays, whale sharks, and migratory fish of all kinds, but is remote and has had very few people study the fisheries there.

This coast is of particular interest for the Manta Trust Philippines project because of a type of fishing that is growing there – the lambaklad fisheries. A lambaklad is a big fish corral and we mean big. The standard set up has a collecting net corral of 200-300 meters long by 40 meters wide, the length of two football fields. There is also a ‘leader’ net that can be 400 meters long that guides the fish to the trap net. They are typically set at about 30-40 meters of depth and stay there for months, just being checked once or twice a day for catch. 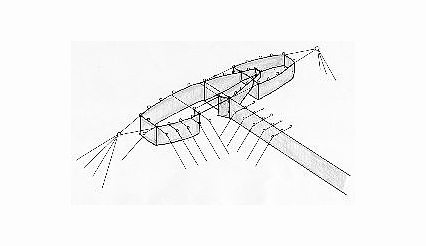 Originally introduced from Japan (known there as otoshi-ami) in the 1980s, lambaklad nets are now a key focus of the Philippines’ Bureau of Fisheries and Aquatic Resources (BFAR) poverty reduction efforts in municipal fishing communities. A standard set up can cost around 1 million pesos (23 000 USD), well out of reach of most fishing communities, so BFAR is funding the establishment of these in many coastal areas as ‘environmentally friendly, passive-gear’. Lambaklads are now popping up all over the country in an effort to catch pelagics with low fuel output, but very little work has been done to find out exactly what else they are catching.

While they may be increasing fish catch for communities, they are also unselective and based on reports from across the country may be catching a significant number of mobulids that pass by as well as other animals like turtles and sharks. 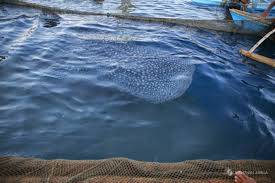 Most are not monitored for catch, so we have very little idea of what is being caught, but one enterprising lambaklad owner in Antique province has made the fishery into a tourist attraction. People can travel out to the corral on a bamboo raft and help to pull up the huge net, it takes about 20-30 people to pull it up, and fish out the catch. The tourists then snap some photos and buy fish right there to cook up on shore. It is through the tourist posts that we started to hear about mobulas, whale sharks (3 last year, released alive), and turtles also being pulled out of the net.

Manta Trust Philippines project has been working for sometime to find the right partners to help investigate and undertake community surveys along the coast of Antique that now has 15 lambaklads. Concern is now growing about the possible bycatch of these massive corrals,* so we hope to get a better idea of the impact of this gear on mobulids in this area, which is thought to be a migratory path for mobula rays. This will be the first survey of its kind. 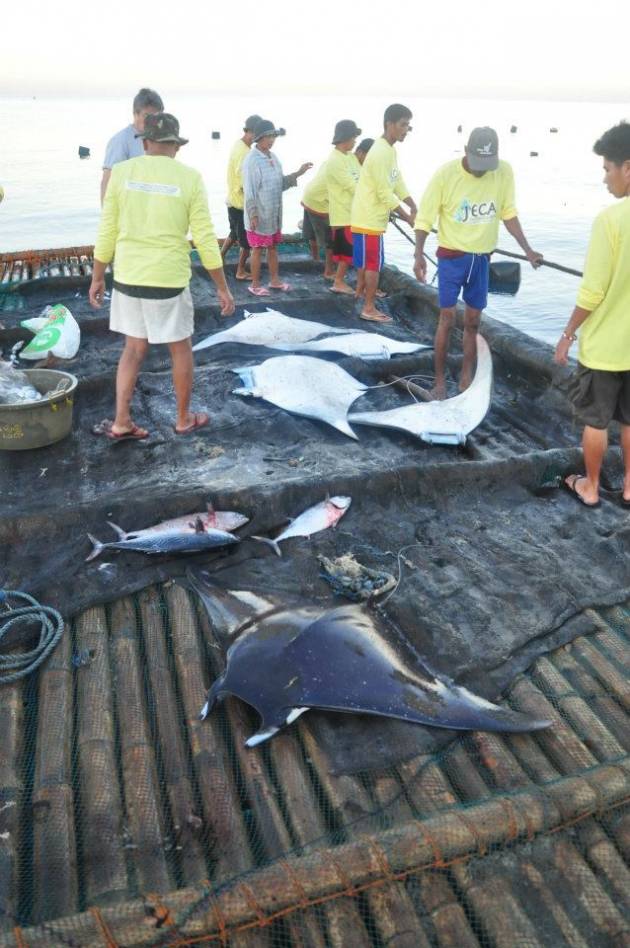 Mobula rays, catch of the day in lambaklad, Antique. © Photo by: Mika Santos

We are excited to partner with Dr Willy Campos, renowned Filipino marine biologist, and his graduate student lab team from the University of the Philippines Visayas, located just next door to Antique. They are heading up the coast to get going on lambaklad investigation this week with a series of focus group discussion, interviews, and visits to the communities with the corrals. 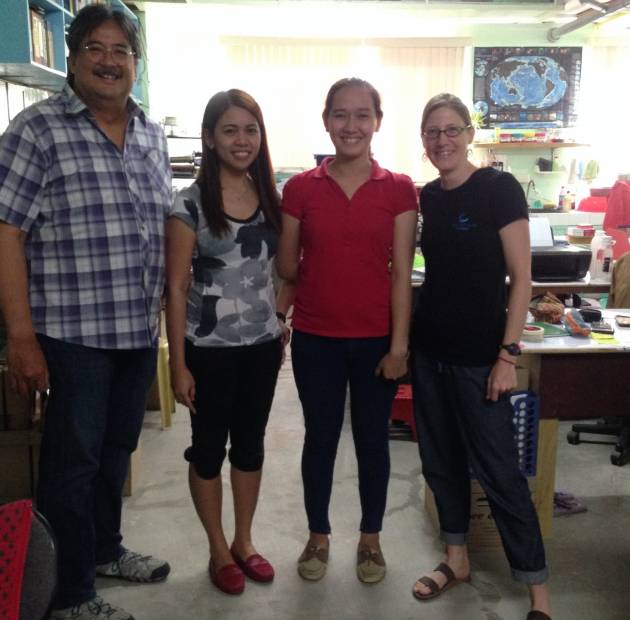 Fishing is an important job and essential to feeding the world, so tourism based on celebrating fishing as a way of life is a great entrepreneurial initiative of these lambaklad fishers in Antique, one of the poorest provinces in the country. Ideally, our survey work can establish relationships with the corral owners and, if there are bycatch problems, identify potential mitigation measures that can be implemented, especially crucial now that the government is funding establishment of this fishing throughout the country.

*(On the other side of the country, we have worked with a government official to informally keep track of a big lambaklad there and in the latter part of the year we are seeing 1-2 times a month groups of mobulas being caught up, often released alive at least. We hope to have a survey and ID project up and running there by the season start in September – stay tuned.)