Is by-catch responsible for the decline of deep-sea oil sharks?

The deep-sea shark fishery in India has undergone several changes over the years, including fishing intensity, the extension of fishing to new grounds, and the transition from deep-sea shark by-catch fishery to focused commercial fishing. In the early 2000s, the deep sea-shark fishery was set up to supply the high export demand for shark liver oils. Landings of gulper sharks (centrophorus spp.) and other oil sharks peaked during this period on the southwest coast of India. However, the deep-sea shark targeted fishery on the southwest coast of India ended quickly due to the tremendous decline in shark availability and a drop in the price of shark liver oil. Today, deep-sea sharks are predominantly taken as a by-catch of diverse commercial fisheries, particularly from deep-sea shrimp trawlers. 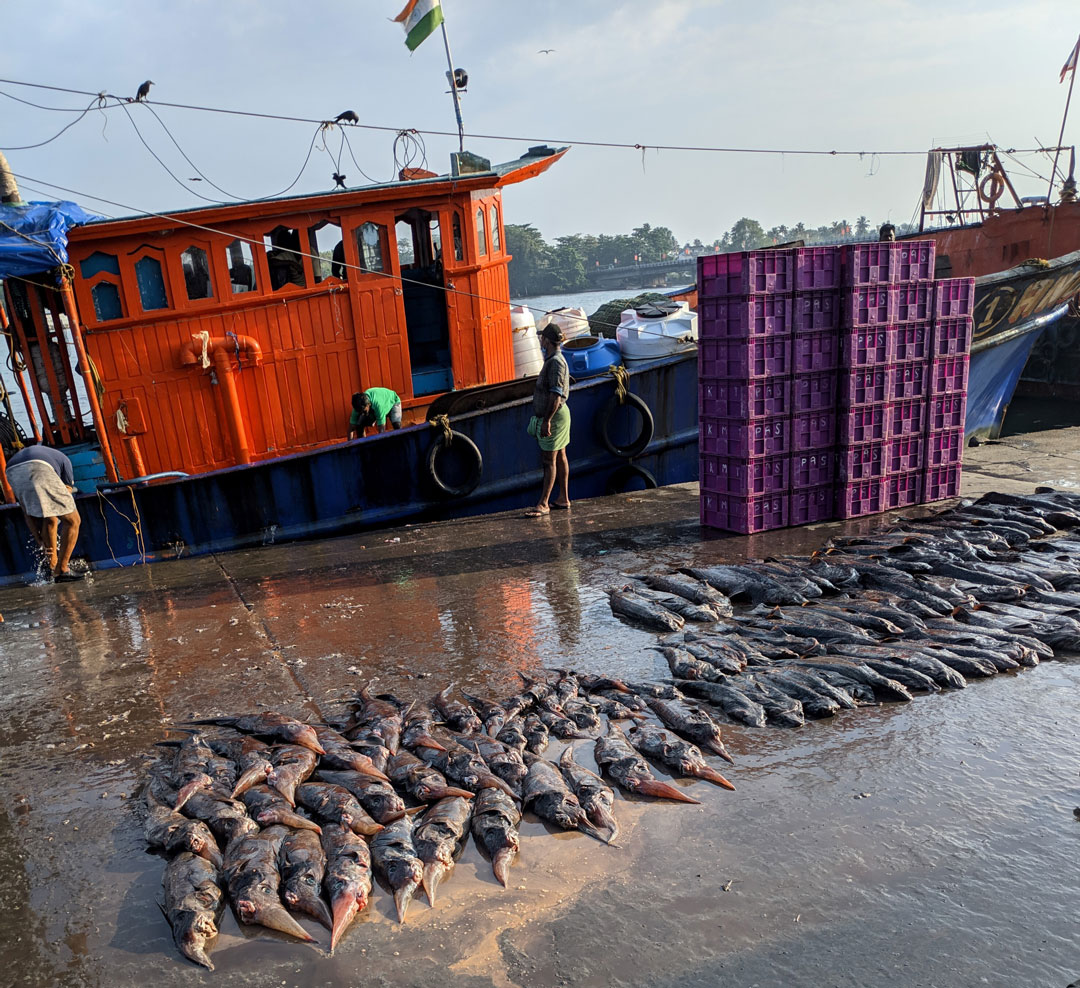 The term ‘by-catch’ refers to “Any fish or other marine species that are not targeted as a catch but are unintentionally caught, and often discarded back into the sea”. Although several studies have indicated the informative value of by-catch data, discards and by-catch data have rarely been used to learn about the distribution and abundance of the incidental species being caught. In our study, we documented the by-catch landings of deep-sea shrimp trawlers, and tissue samples of centrophorus species were collected to study the distribution and abundance of centrophoridae species in the south-west-coast of India to understand the potential vulnerability of resources. 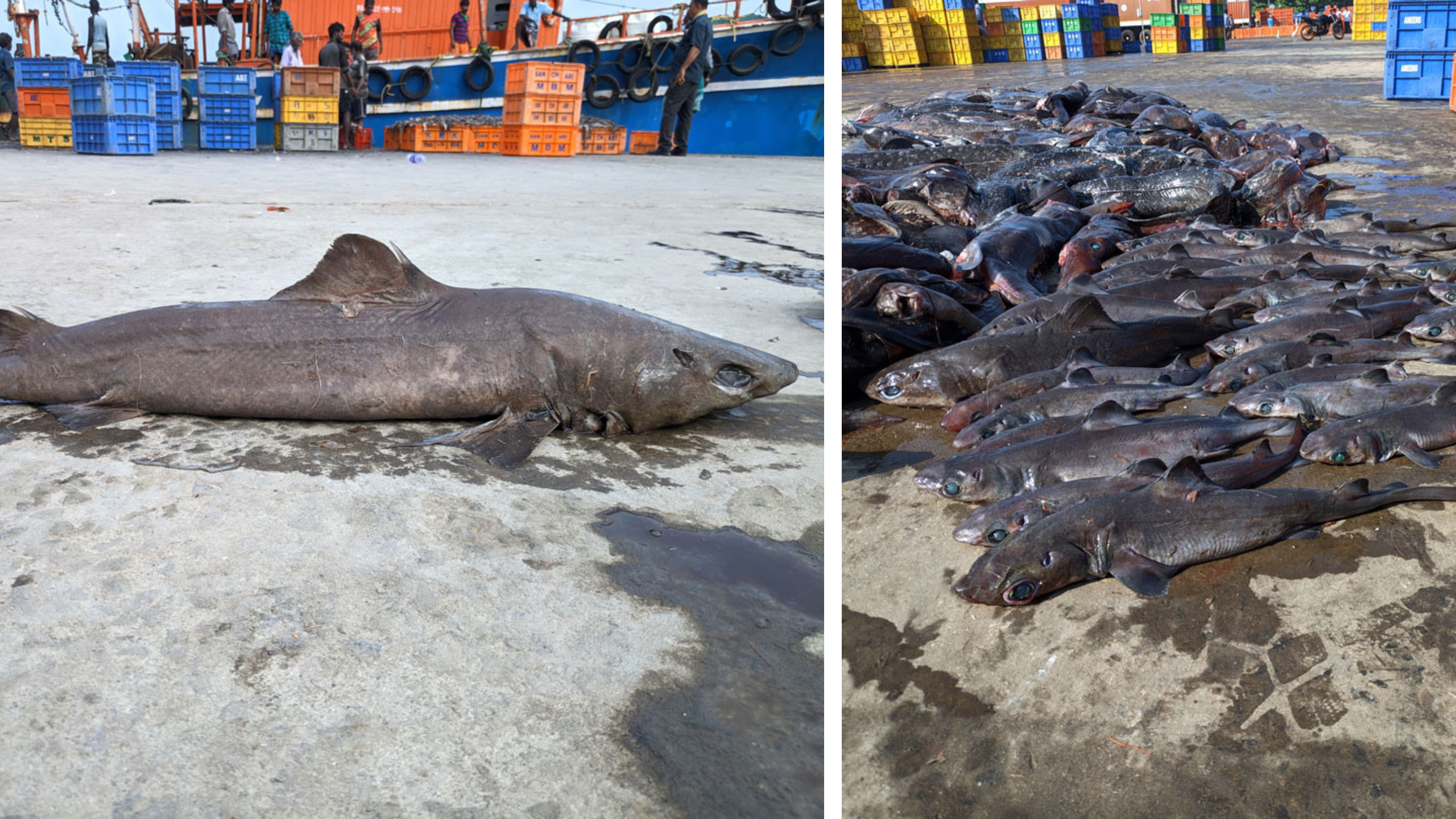 Shrimp trawl fisheries generate a higher proportion of discards than any other fishery type, contributing about 20- 40% of the total catch. The by-catch comprised a substantial quantity of deep-sea chondrichthyans, small shrimps and low-value deep-sea fishes. A major portion of chondrichthyan by-catch belonged to the families like Echinorhinidae, Rhinochimaeridae, Squalidae and Centrophoridae. The catch composition of deep-sea chondrichthyans in shrimp trawlers is plotted in Fig: 1. Upon landing, oil sharks are sold to traders by auction at the landing centres, and the price of oil sharks fluctuates with species and size. Centrophoridae and Squalidae sharks have high demand and fetch more prices compared to other oil sharks. Oil sharks above 3 kg are sold for an average price of 120/kg (1.51 US$), and sharks below 3 kg are sold for an average price of 70/kg (0.88 US$). Small oil sharks (juveniles) are not taken for oil extraction; they are often sold along with the low-value by-catch fishes at cheap prices for fish meal preparation. 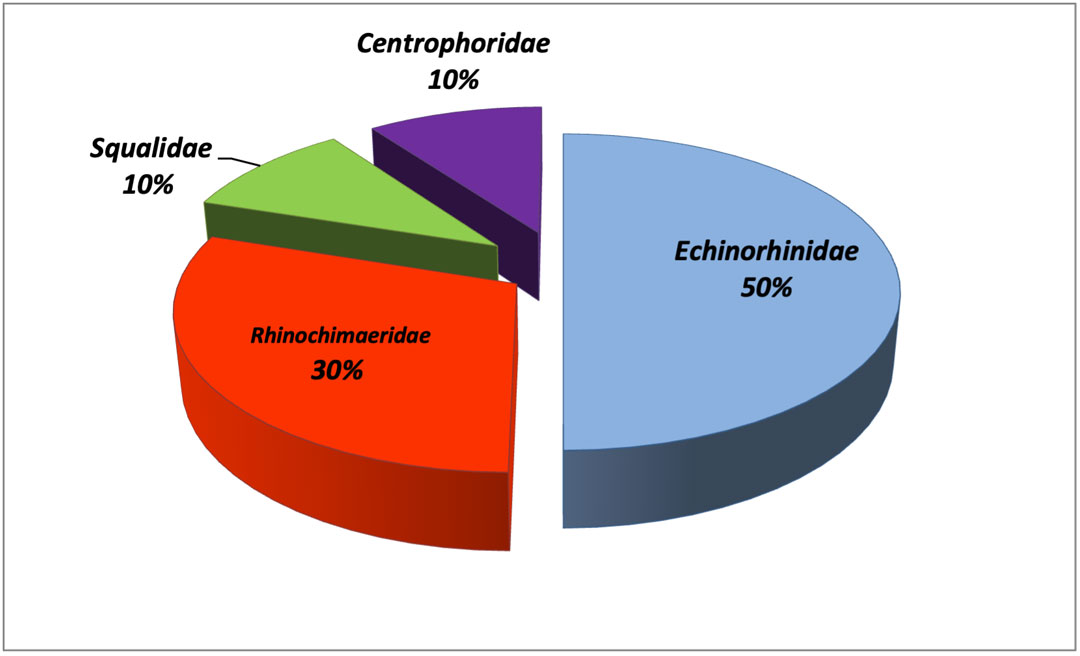 Fig 1: The catch composition of deep-sea chondrichthyans in shrimp trawlers.

“A few decades ago, the condition was not like this. Tonnes of oil sharks were landed daily, and many oil extraction units were nearby the landing centre. We used to get a lot of money from oil sharks back then,” fishermen in Kollam recall. Over the years, the catch rate on the southwest coast started declining; as a result, fishermen slowly refrained from deep-sea fishing and shifted to a more valued fishery. “Nowadays, we store oil sharks for weeks till the total catch reaches 1 ton, and we send it to oil extraction units in other states,” he said, disheartened. 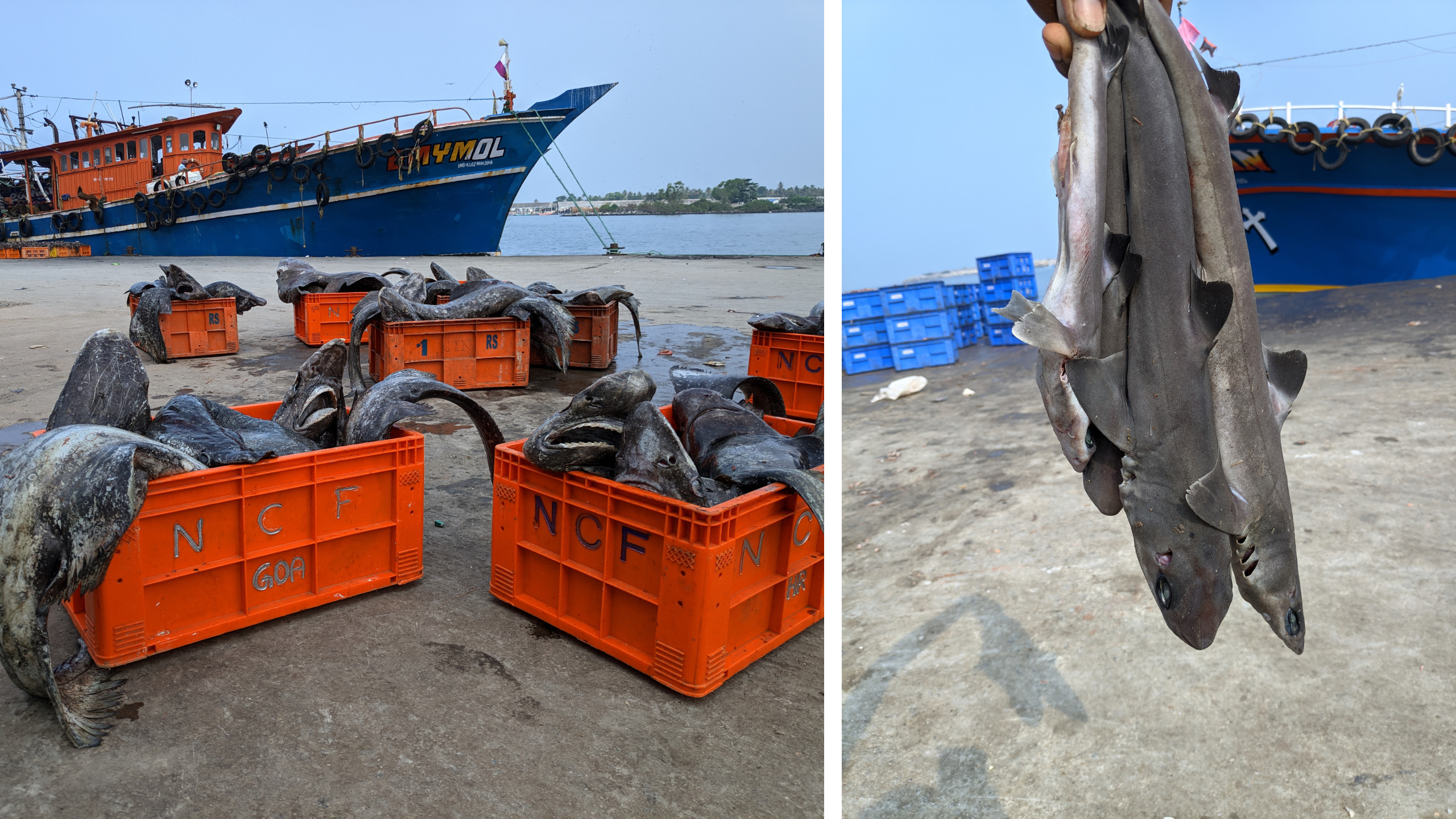 The fisher admitted that deep-sea shrimp trawlers catch an excessive quantity of juvenile sharks as by-catch. In our sampling period, we observed many juvenile deep-sea oil sharks within the pile of low-value fish by-catch. Considering the relatively slow-growing, late maturity, and low reproductive biological traits of sharks, the large number of deep-sea chondrichthyans and juvenile sharks being caught as by-catch is concerning. The decreasing trend of deep-sea oil sharks along the southwest coast of India clearly points to the need for a comprehensive action plan for a sustainable deep-sea chondrichthyan fishery.

Project
Amending the understanding of deep-sea Gulper sharks of India

Ebeena is uncovering new information about the abundance and diversity of gulper sharks. Her focus is on three landing sites where deep-sea fish are brought ashore, and where she collects tissue samples and documents bycatch from these fisheries. The project aims to clarify taxonomic confusion about gulper sharks, and will centre on Cochin in Kerala on India’s south-west coast, Thothoor in Tamil Nadu on India’s south-east coast and the Andaman and Nicobar Islands.