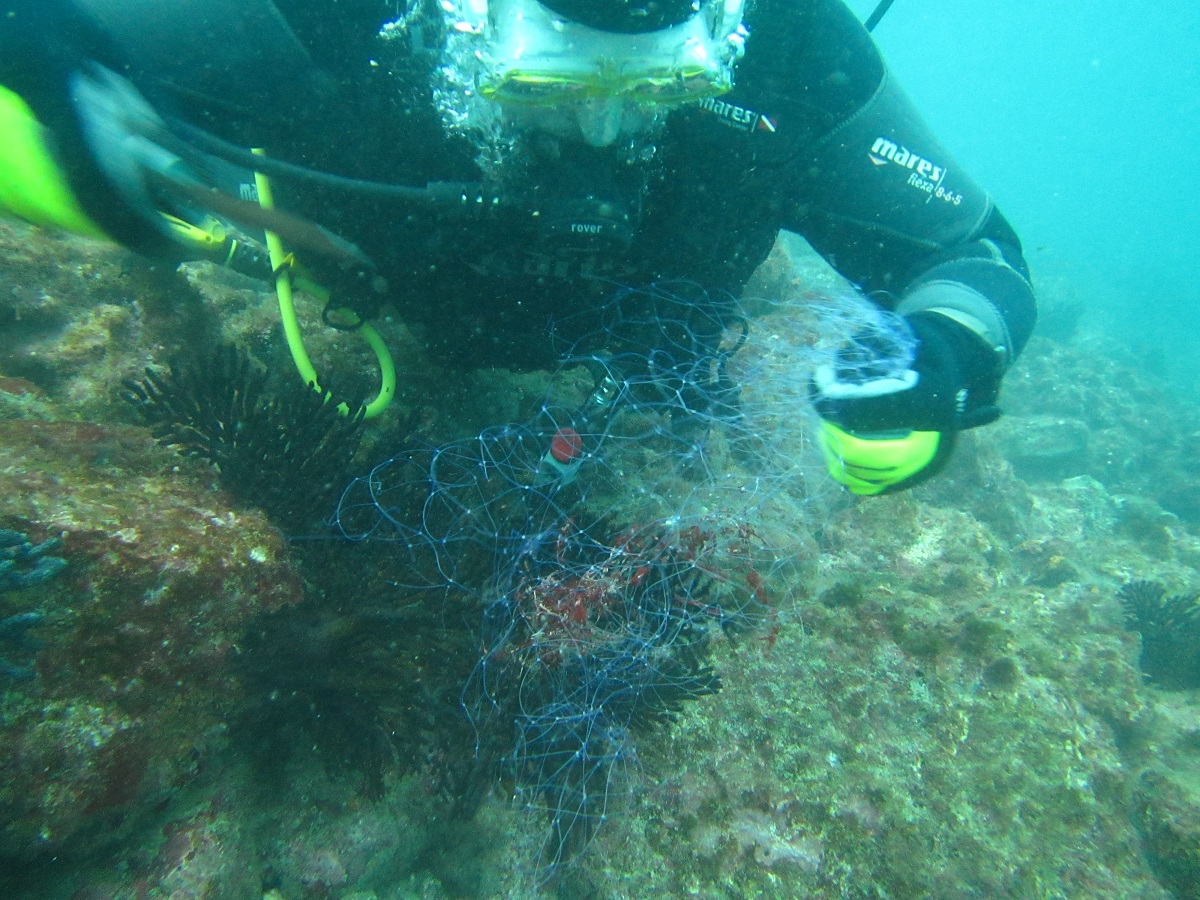 We are scandalised when people find awful things in their food, such as cigarette butts or mice, and food producers are quick to review their standards of hygiene. Yet we humans pollute the food sources of marine life with the waste that we leave behind us, be it at the beach itself, in the streets of coastal towns or even in cities uphill far from the sea.

Between 2012 and September 2015, a massive 1117.4 kilograms of debris were collected by volunteers off the coast of Ecuador. In 2013 it was estimated that the volume of waste in the world’s oceans amounted to 130 million tons and could rise to 250 million tons by 2025.

This waste is extremely dangerous for our aquatic wildlife that, unlike us, cannot always differentiate between what is edible food and what is potentially dangerous trash. Estimates show that individuals of about 267marine species have become entangled in such debris or have ingested it. 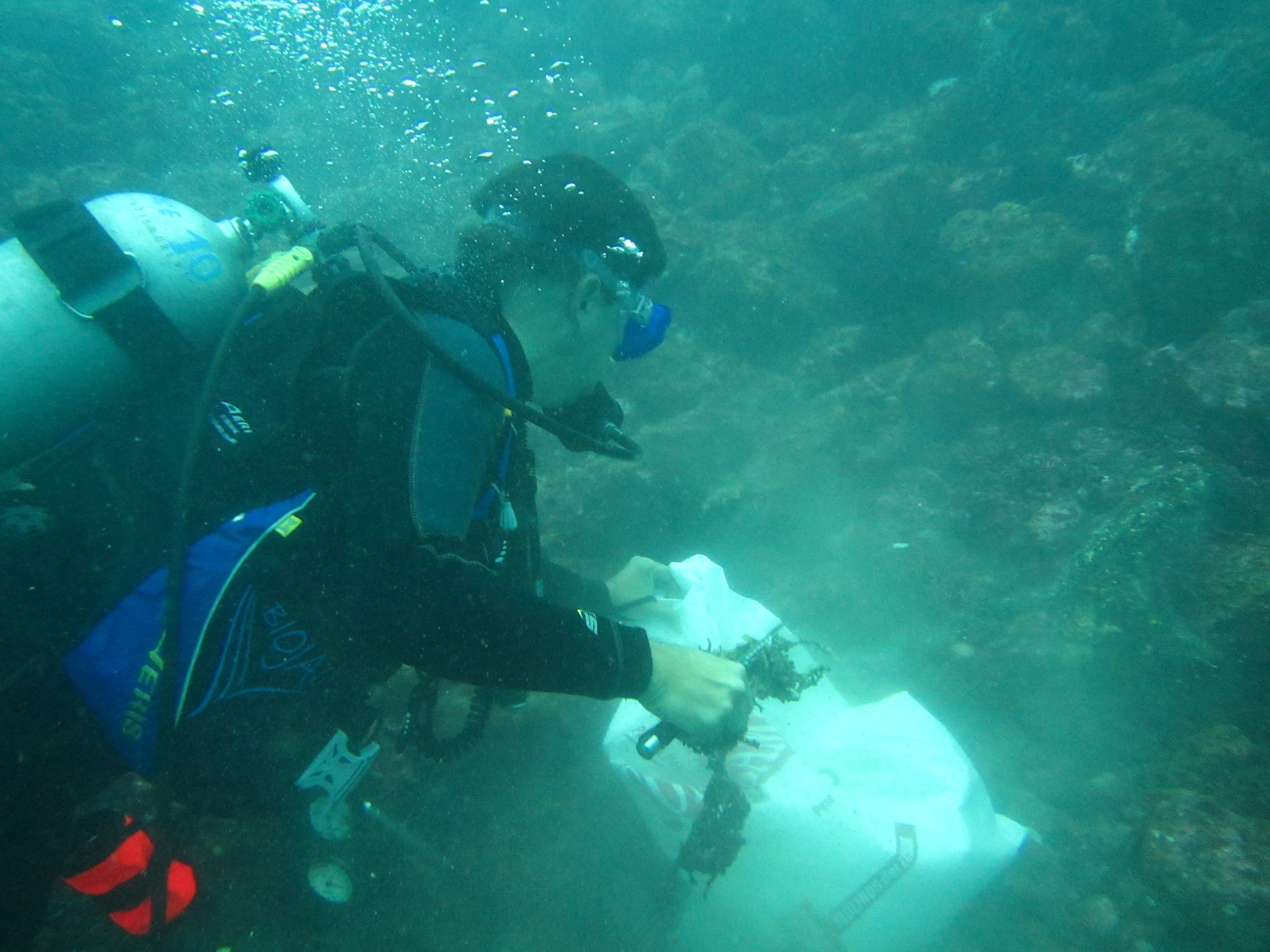 The answer is simple. In the case of human food, responsibility for it lies with the food companies; in the case of all the trash that goes into our seas, we are all responsible, in one way or another. In addition, animals do not have a voice to vent their frustration and their suffering goes unnoticed by the majority of the people who are responsible for it.

Thankfully, park rangers in the marine protected areas along Ecuador’s Pacific coast are working hard to manage waste disposal along our beaches. The priority, however, is to address the issue at its source. This is why the Aula Verde programme is training park rangers to engage with local communities not only to raise awareness of the problem, but also to implement solutions that everyone can participate in to reduce the trash in our oceans.

But they cannot work alone! We need to take concerted action to ensure that our trash does not become an unwelcome hand-me-down to the ocean’s animals. It is time to manage our waste properly and reduce the amount of plastic we use on a daily basis.

If only marine animals had Twitter, we might not find it so easy to turn a blind eye to the awful things we put in their food, endangering the lives of thousands of creatures in the ocean. 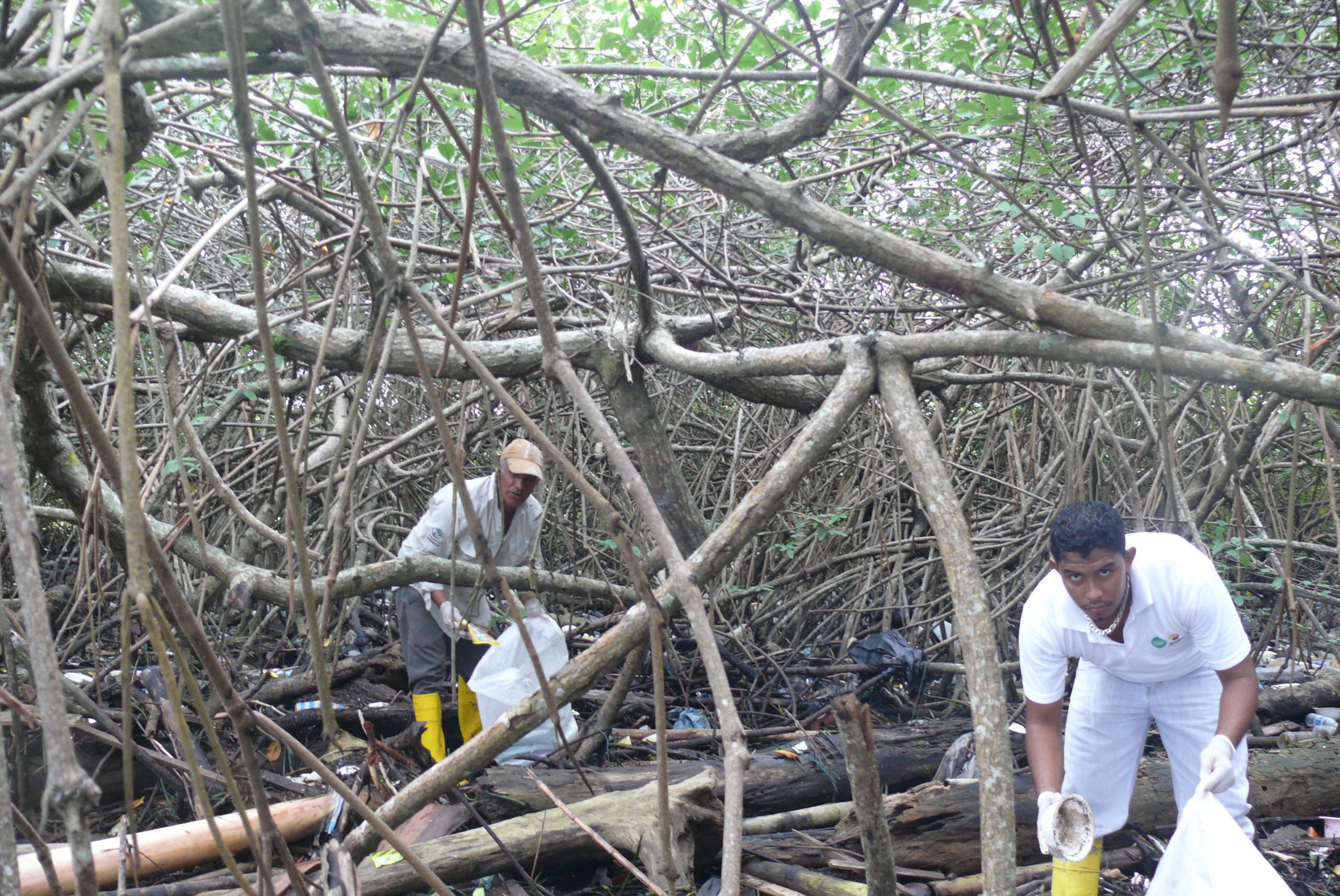 Cleaning up in the mangroves at Esmeraldas, Ecuador. © Photo by Ministerio Ambiente Ecuador