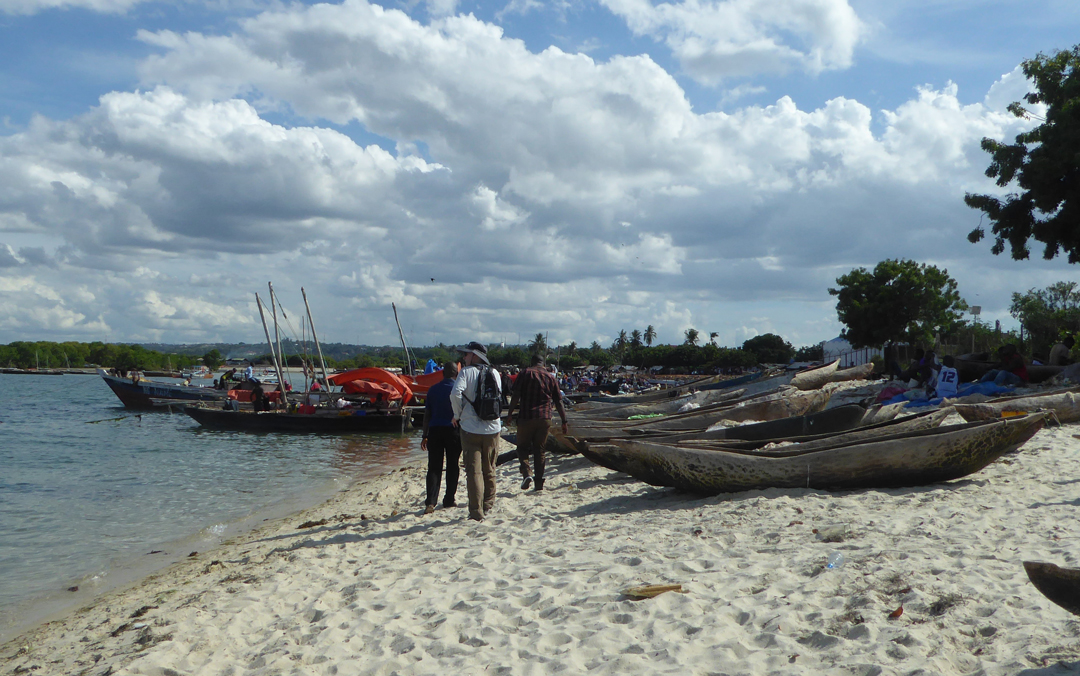 Surveying fish landing sites in East Africa for Wedgefish is important for documenting and confirming the species that occurs in the region. Photo © Marsha Englebrecht

The Western Indian Ocean (WIO) is the primary geographic area for the present project, but as often happens with such projects they can take on a life of their own and grow beyond their original scope. Such is the case here where the three species of WIO wedgefish most often cited in the literature, including the Bottlenose Wedgefish (Rhynchobatus australiae), Whitespotted Wedgefish (R. djiddensis), and Smoothnose Wedgefish (R. laevis), are not well documented in the region. Actual records confirming their identification and occurrence are scarce at best. The biogeographic range of each of these species is poorly known and their occurrence, assuming they occur in the region is somewhat mysterious? 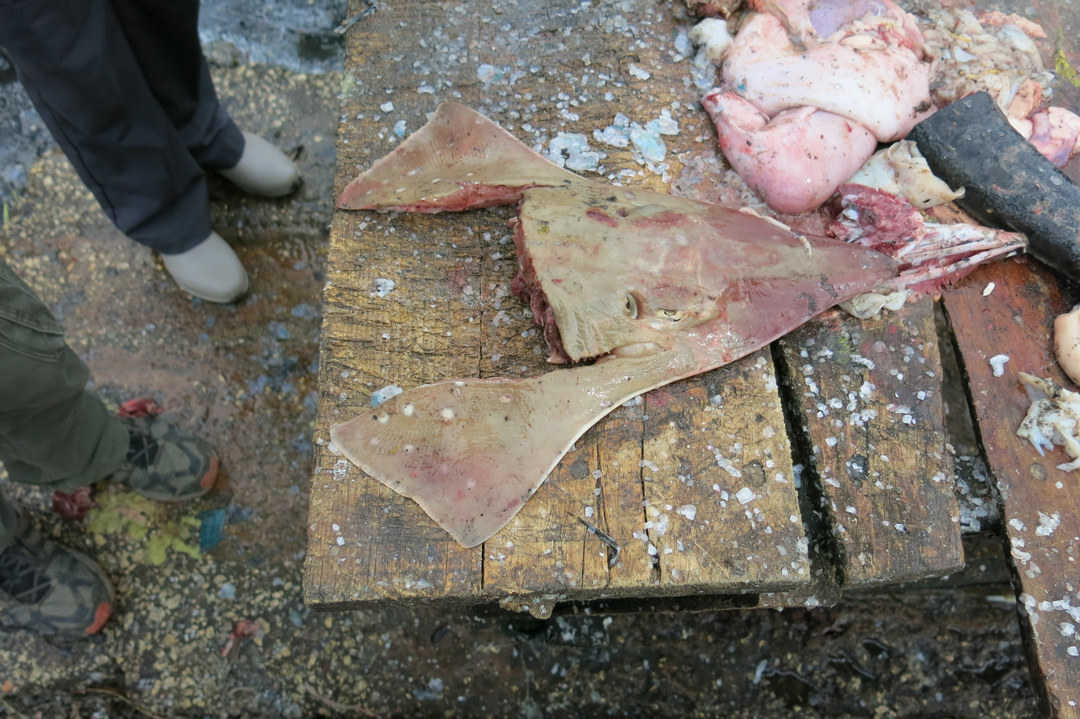 Head only of a wedgefish at a fish market in Tanzania is a common sight. However, valuable information can be made gathered from taking tissue samples and photographs to confirm its identification. Photo © David Ebert

In order to really understand the biogeographic range of a species one needs to go back to its origin, where the species was originally described. Of the three species thought to occur in the WIO only one, the Whitespotted Wedgefish was described from the WIO. Therefore, tracking down these other two species has required a collaborative effort with colleagues from throughout the world, including Japan, northern Indian Ocean and South Africa, to fully flesh out the identity of these species.

The Whitespotted Wedgefish was once thought to be very wide-ranging; occurring all the way to Japan, but now appears to have a scattered occurrence in the Western Indian Ocean. Photo © David Ebert

The Smoothnose Wedgefish is believed to be wide-ranging, but previous records of it in the Indo-Pacific may be misidentification with other species. Photo © David Ebert

The species-specific identification of Wedgefishes has now come to the forefront with the recent passage of protective measures through the Convention on Trade of Endangered Species (CITES). The recent discovery of the Clown Wedgefish (Rhynchobatus cooki) at a Singapore fish market in May 2019 is an excellent example. This species has not been seen in 20+ years and was believed to be extinct. Without accurate identification of individual species implementing conservation and fishery policies for sustainable management will fall short of their intended goals. More on the importance of species-specific identification was discussed in an earlier blog (see post 27 September 2019). 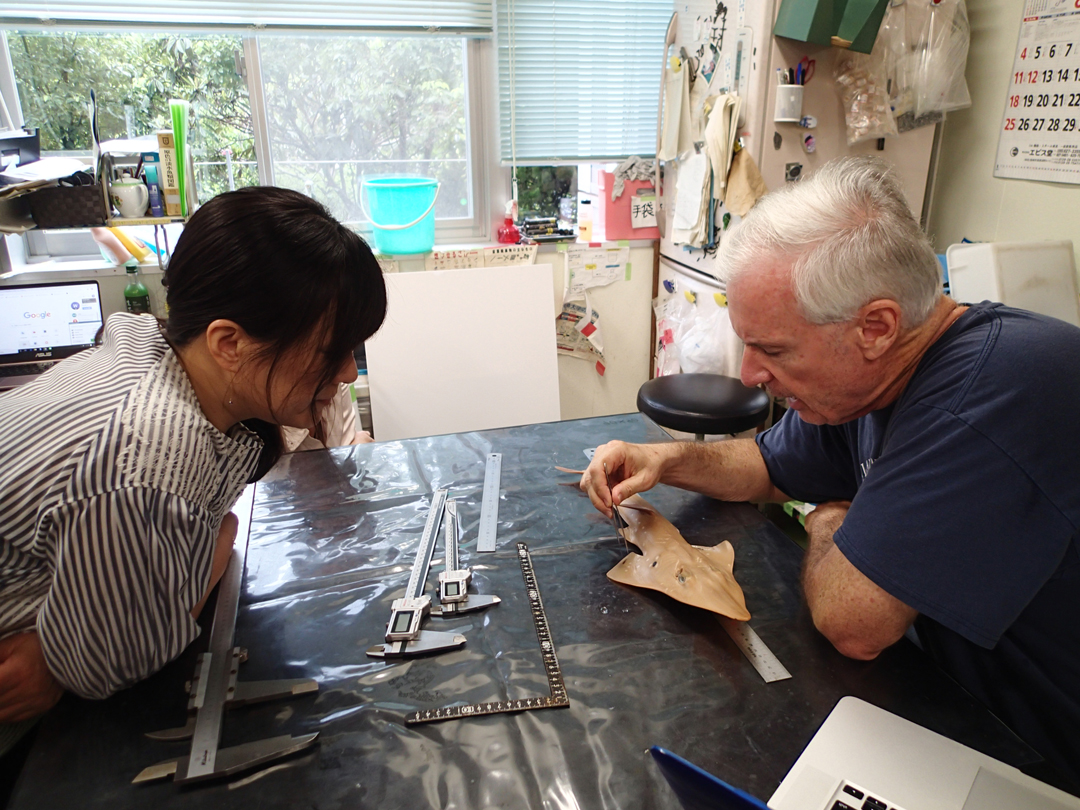