How do you identify a wedgefish?

When we began collecting sightings of wedgefishes in Australia from citizen scientists, it immediately became clear that there was a lot of confusion about what a wedgefish was, how to tell them apart from other similar species, and how to identify different species of wedgefishes. Even trained scientists have trouble with this last question, as many different wedgefishes look very similar. Some have only been revised into separate species within the last five years based on genetic information. To further confuse things, common names for wedgefishes and guitarfishes are many and are often used interchangeably for the two groups. So, how do you tell these species apart? Here are some tips for identifying Australian wedgefishes and giant guitarfishes (Illustrations by Karissa Lear). 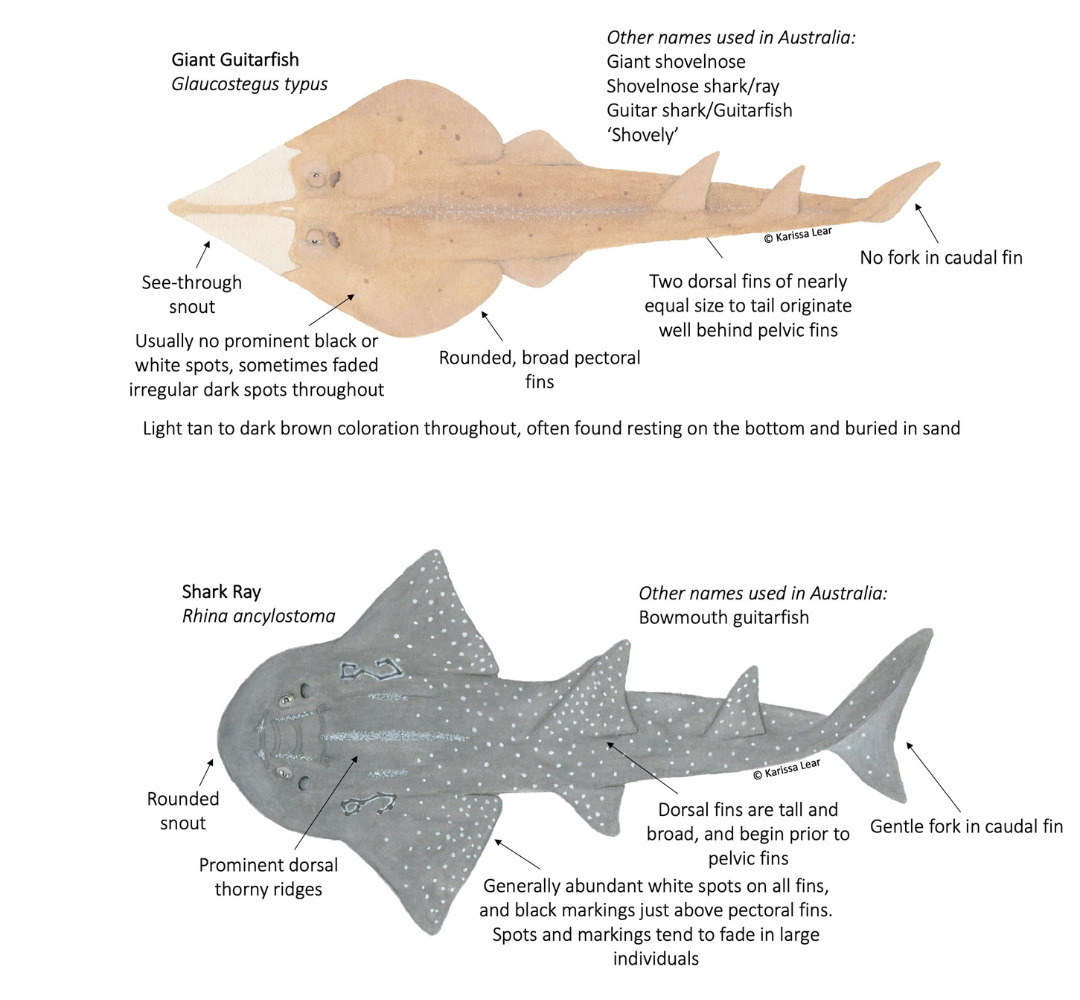 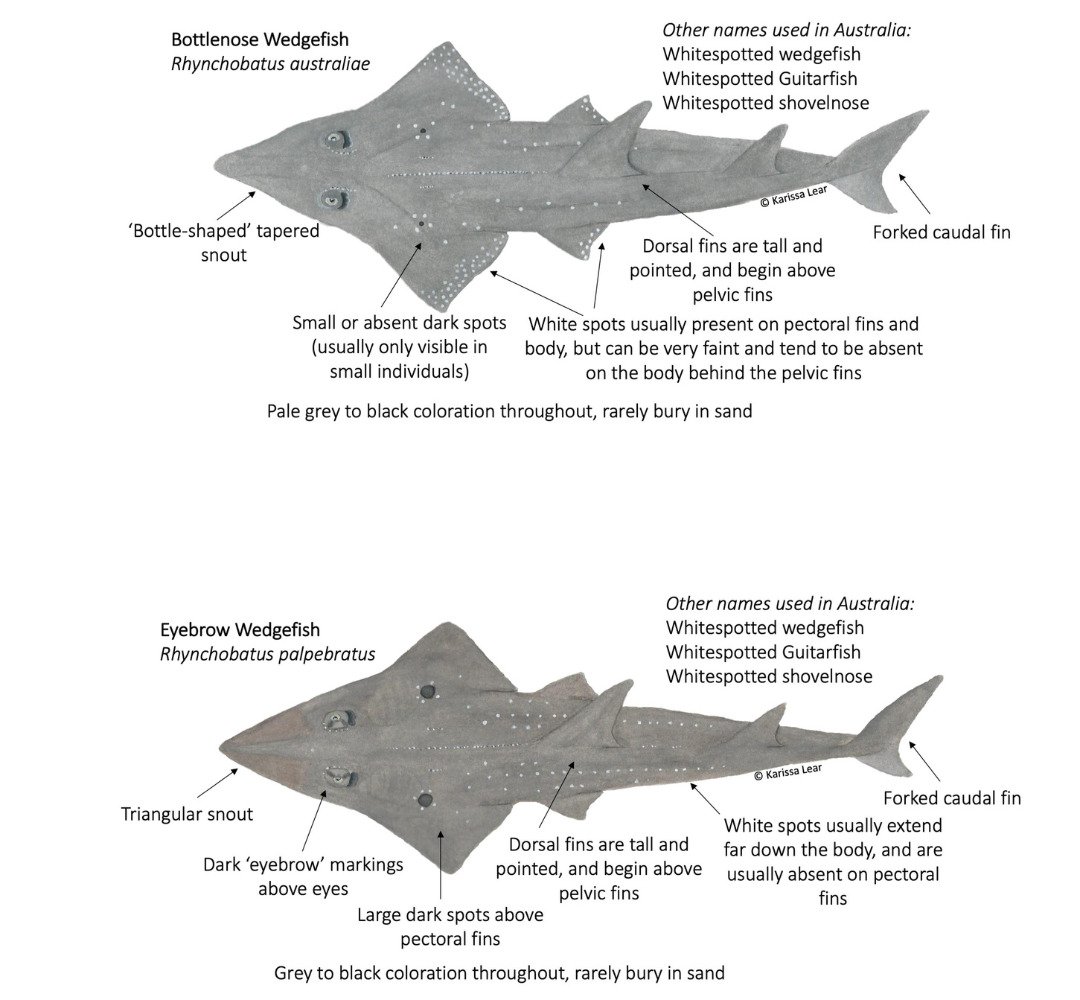 Can you recognise these animals? 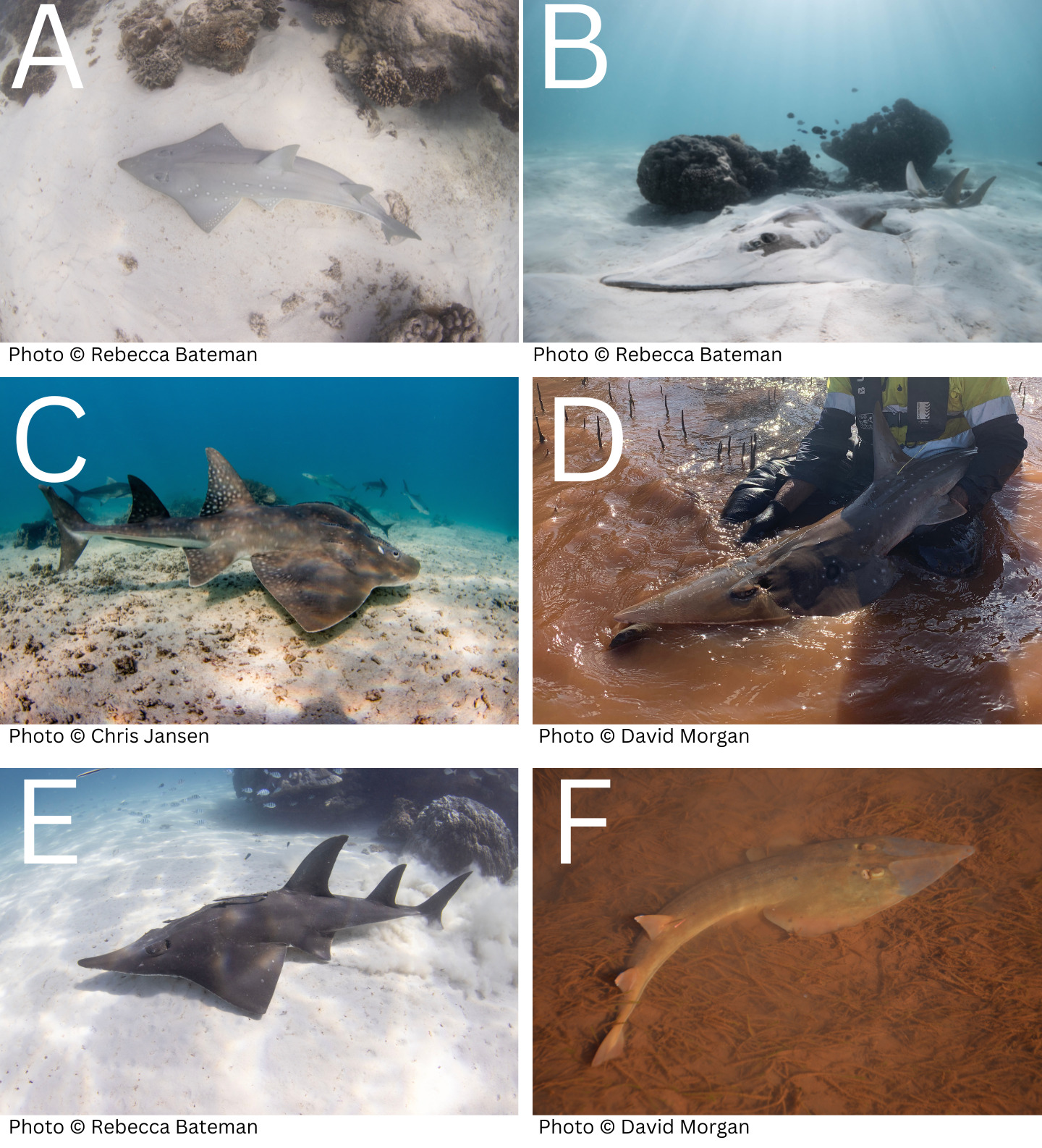