Advice can come in many forms, including brevity and throw-away one-liners. One such example is a piece that has, for some reason, stuck with me since it was flippantly put to me. “If you don’t ask, you don’t get.” Obvious? Sure. But sometimes, it is the simplest of messages that need to be stated bluntly to really hit. The self-assured delivery of his reply struck me…and clearly continues to. Ok, great? What does that have to do with bowmouth guitarfish and Thailand?! Glad you asked (and now you will get it).

My project with Save Our Seas Foundation is an extension of research I conducted during my Master’s degree. My dissertation quantified the online trade of the bowmouth guitarfish, or shark ray (Pytka et al., In review). The focus has been on the sale of their trademark enlarged denticles, or thorns. Working on niche subject matter (e.g. the trade of bowmouth guitarfish thorns) naturally means the community will likely be pretty small, in this case, very small. One afternoon, as I sifted through images of online advertisements, meticulously noting details of the platform used, sale price, and location, a striking closeup of a bowmouth eye appeared. At first glance, it looks like the orbital (just above the eye) strip of thorns has been painted white. Closer inspection reveals that the thorns have been cut away from the animal. 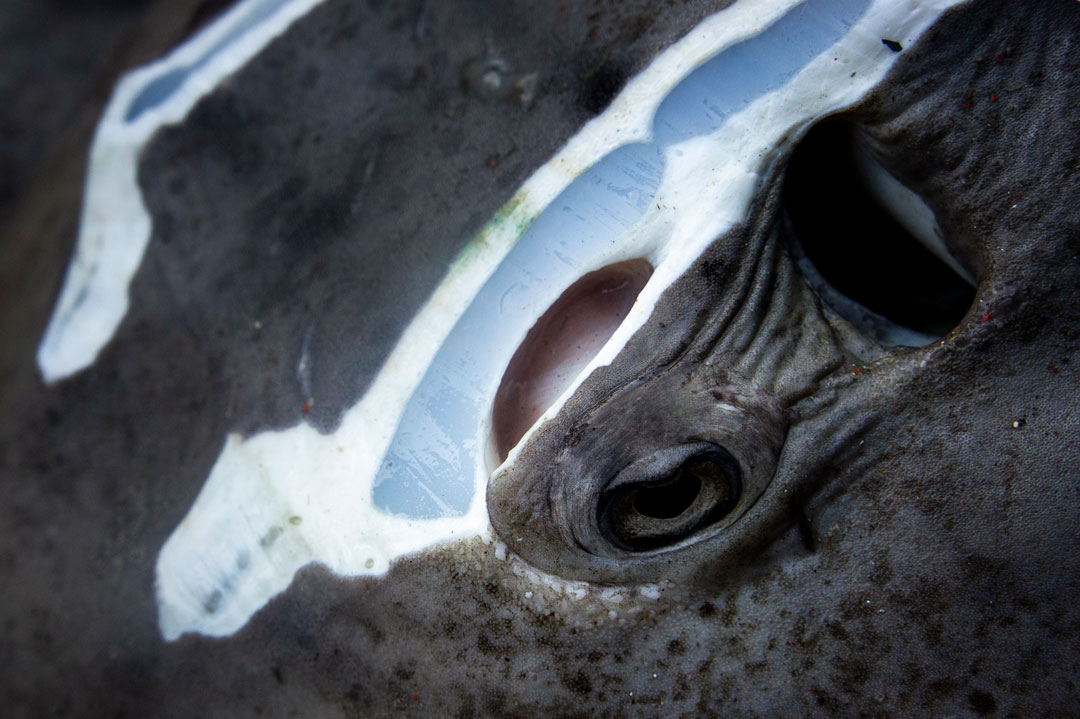 The photograph that caught my eye! A close up shot of a bowmouth guitarfish (Rhina ancylostomus). The ocular thorns (above the eye) have been “stripped”, leaving behind thick white lines. Larger, single thorns are worked and sold as rings, as below. The whole animal will be utilized, with parts such as fins, meat, and thorns, destined for different markets. Photo by Sirachai Arunrugstichai

I followed the link to an article from Save our Seas Foundation, a portfolio of photographs by Sirachai (Shin) Arunrugistichai, edited by Will White. Besides photos from online sales listings, Shin’s striking imagery was the only evidence of “de-thorning” I had come across.

As my MSc carried on and the early stages of my SOSF proposal was formed, I wanted to reach out to Shin but was not sure what to say and I kept talking myself out of hitting send. But then, those 7 words came back, and I fine-tuned a draft message and hit SEND. He responded with enthusiasm, and we exchanged messages and insights into the trade and my online research and preliminary findings. 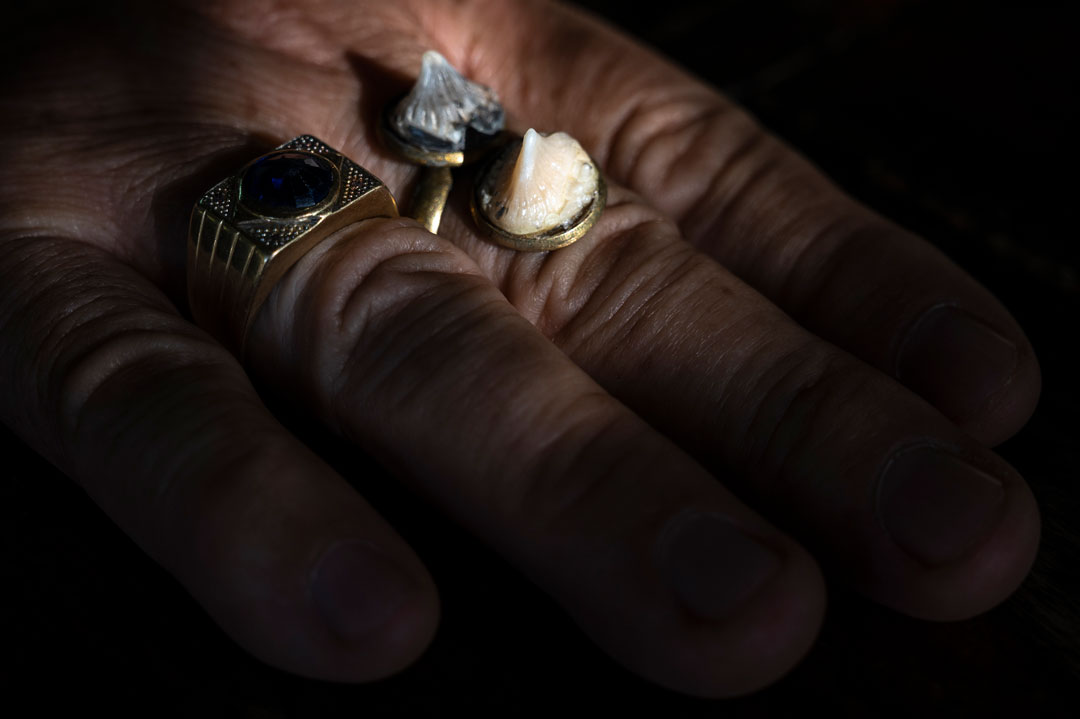 Two thorns from a bowmouth guitarfish that have been worked with other materials to be sold as rings in amulet markets. Photo by Sirachai Arunrugstichai

As the months (and COVID carried on), my application for Save Our Seas Foundation developed, and my MSc supervisors and I agreed that having Shin involved in some way would be invaluable as well. And again, those seven words were put into practice.

Now, Shin has been instrumental in helping to coordinate this SOSF project; without his continued help from Thailand, this work would not be possible. In addition, he was able to recommend Hannares (Gun), another invaluable part of the ongoing project. Gun, also from and based in Thailand, is currently navigating the everchanging COVID situation in Thailand to survey markets. It has been a bit of a tough start, but I am sure that in the next blog instalment, there will be some exciting survey news to report!

Project
Understanding the amulet trade of bowmouth guitarfish in Thailand

Jennifer’s research will start in the world’s busiest amulet market of Tha Prachan in Bangkok. From there, she’ll be tracing trade and supply chain routes through other markets and ports to glean information from local traders and fishers. Her focus is on collecting data on bowmouth products such as how much is present in the markets and what drives the trade. She hopes these data will help inform critical research and data gaps and contribute to informing trade policy, both nationally and internationally.