After a quiet winter season on the Cape Peninsula, the Shark Spotting team is busy preparing for the upcoming summer season, which is sure to be a busy one! As we have come to expect, shark sightings were few and far between during the winter season, with a total of only 4 sightings between June and August. However, as is usual at this time of year, the sharks have begun their migration to the inshore area, and sharks have been noted on both the Atlantic and False Bay coasts in the last two weeks. In partnership with the City of Cape Town and the Save Our Seas Shark Centre we issued a press release last week reminding the community of this change in shark behaviour and the increased shark activity in an aim to reduce the chance of encounters between sharks and people. The total shark sightings for the programme are just under 970 and we expect to hit our 1000th shark sighting within the few weeks. This will be an incredible achievement and demonstrates that while sharks regularly frequent our beaches we can co-exist in a manner that improves water user safety, but doesn’t compromise our wildlife or ecosystem.

Spotters training
An important part of the programme is to improve the skills of the Shark Spotters through providing regular and new training opportunities. During winter the Shark Spotters undertook cetacean identification training with Meredith Thornton from the Mammal Research Institute at Iziko Museum. Meredith taught the spotters about whale and dolphin biology and ecology and they can identify the different species along our coast by physical characteristics and behaviour. The spotters have always recorded whale and dolphin sightings along with shark sightings, but now the data collected will be more detailed and hopefully can be used for scientific contributions. They now also have additional information to impart to the public, especially as the Southern Right Whale season is in full swing at the moment. 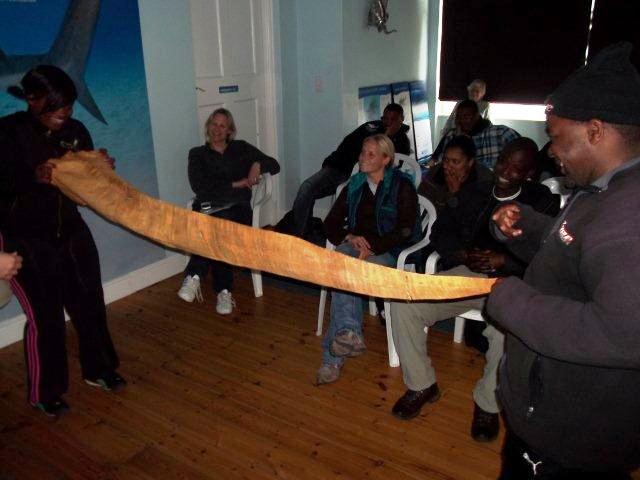 A bit of a laugh was had by all when Meredith had two of the spotters unfold a whale penis sheath. Photo Paul Millar

Successful fundraisers
Shark Spotters operates on a limited budget and depends on the generous contributions from our sponsors and contributors. Additionally, fundraisers allow us to meet any shortfalls. Over the last 12 months Shark Spotters with the assistance of funny man Mark Sampson has been running a series of fundraising events called “Comedy Legends in the Valley”. These events have seen some of South Africa’s biggest name comedians coming to the Fish Hoek Valley to perform for the South Peninsula community. These shows have been a huge success thanks to the enormous support of the community, and so far we have managed to raise over R100 000 for the Shark Spotting programme. The latest event took place on 27 August with Cape Town’s own comedy star, Marc Lottering. The crowd was rolling in the aisles with laughter and it was another brilliant night had by all. The next event is scheduled to take place on 7 October starring the biggest legend of all Pieter Dirk Uys and its sure to be another sold out success. Be sure to book your ticket! 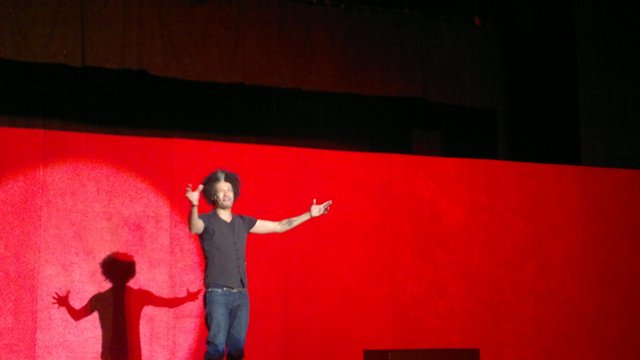 Summer operational beaches and hours
From 24 September the Shark Spotters summer operating hours and beaches will come into effect. This means that as well as the four permanent beaches (Muizenberg, St James, Fish Hoek and Noordhoek) the two temporary beaches, Glencairn and Clovelly, will be operational on weekends, public holidays and school holidays. The times for these are as follows:

Lastly, we wish to thank all our supporters and wish everyone a safe summer season!