From Maldives to Indonesia

Waking up to beautiful sunshine, blue skies and turquoise oceans is what dreams are made of, when working as part of the Maldivian Manta Ray Project these dreams become reality. My workdays consist of searching for mantas, collecting in water data on those that we sight and some days swimming with them for hours!

When not out on the boat we are compiling and analysing the data we collect, as well as partaking in outreach with guests and staff on our island base, and local communities on our neighbouring islands. In this outreach, we touch on why we are working to protect mantas and what we have to protect them from, including non-targeted and targeted fishing. I had always described this to people based on what I had heard from others and seen in photographs but I had never witnessed it first hand, last year I decided this needed to change. 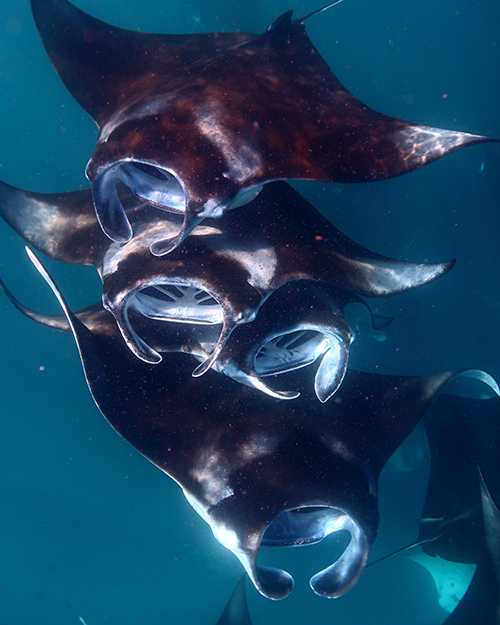 After speaking with Guy, I was put in touch with Betty who runs The Mobula Project Indonesia. A few months later I boarded a flight to go and help Betty with her research. The majority of my time in Indonesia was spent in a small fishing city in Muncar, East Java. I still woke up to sunshine and blue skies but the daily routine was very different from that in the Maldives. Each morning we would head to the local fish market before 6 am to record data on the species, size, and sex any of rays and sharks caught. We also took samples such as muscle and vertebrate to analyse later in the lab.

Seeing these beautiful animals lifeless was far more hard-hitting than I thought it would have been. My initial feelings were sadness and anger, I couldn’t believe that the fishermen weren’t affected by what they were doing. 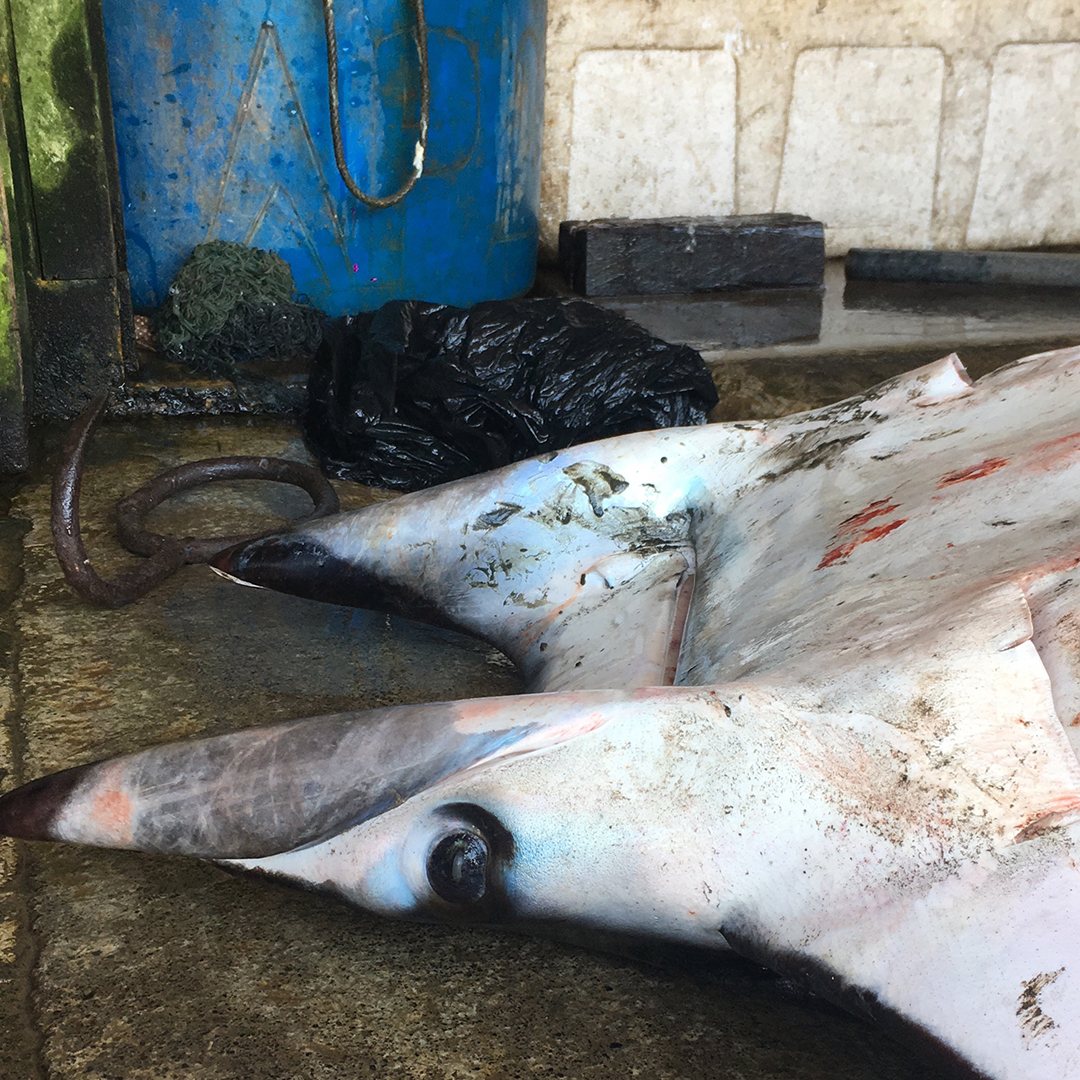 A few nights we joined a local gill net boat in the hope that if they caught a mobula we could tag and release it, luckily no rays were caught during our trips. Whilst spending time with the locals it became very obvious how little difference they see between a ray or a tuna and for them, every catch equals food and money. They had to land what they caught to make the money they need to live. Many people we spoke with were interested in why we were there and what we were doing. As well as interacting with the local community, we carried out school education sessions. It was evident that with some education people may begin to change the way they think, although it would take hard work and perseverance to change the way they fish for good. Hopefully, with the help of the Government, more people will be educated on sustainable fishing and alternative livelihoods to help protect the oceans they are so reliant on. 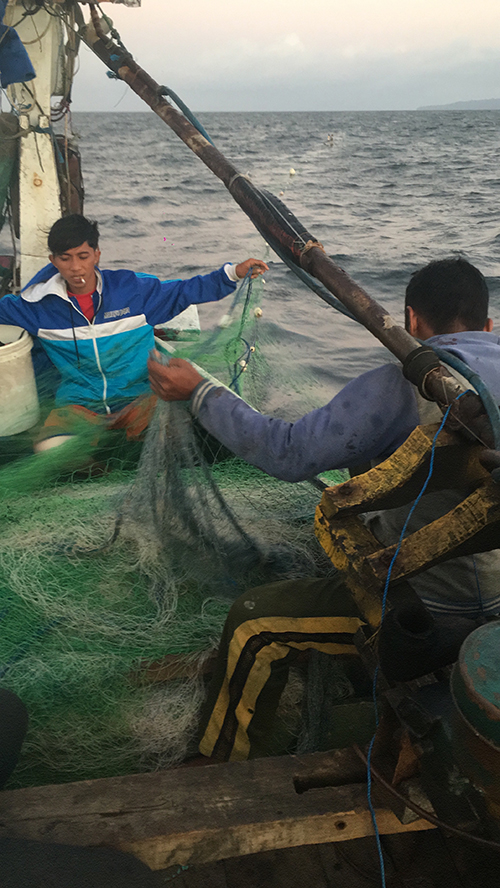 Coming back to the Maldives, I was filled with more drive and passion than ever to work to conserve marine life such as mantas. I am thankful to be in a job that fulfils and challenges and allows me to reach out to people and pass my passion to them. Together we can do so much more! 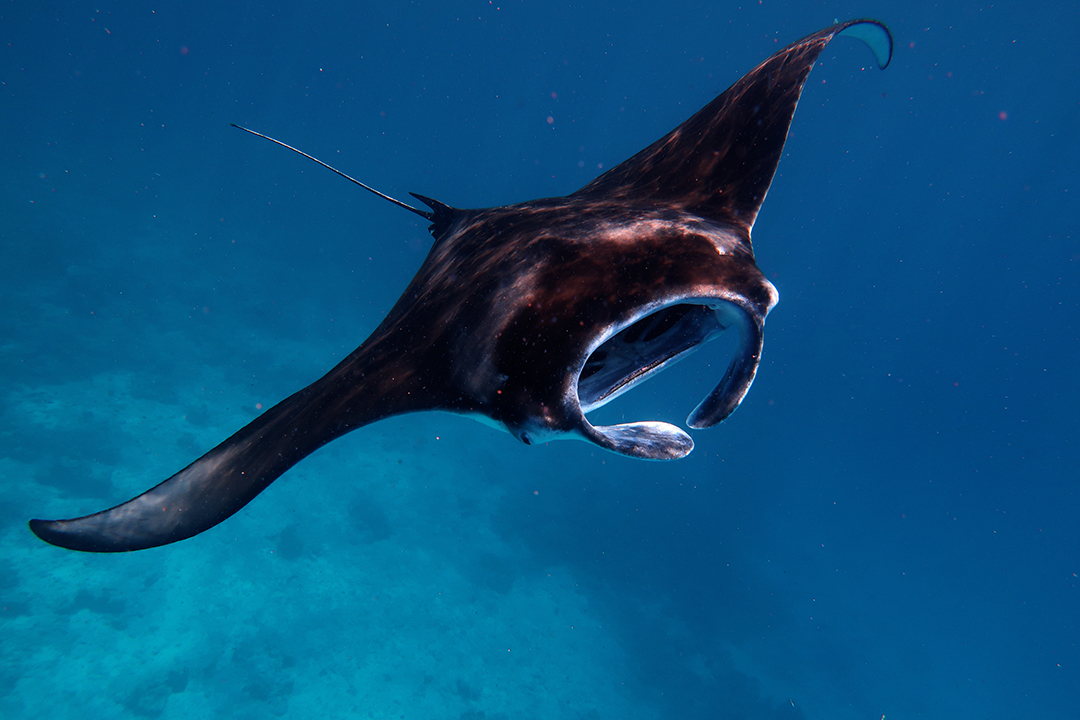