Forging relationships for research in Yemen

Based in Sudan and Yemen (Gulf of Aden, Yemeni Red Sea and Yemeni Arabian Sea), I have spent more than two years collecting genetic samples for my research into shark populations of the Red Sea. I enjoyed the field work, even though it was hard and, when I was working in Yemen, also risky. I witnessed big explosions in Sana’a, and at the Marine Fisheries Corporation in Al Mukalla an alarm went off while I was getting approval to collect samples and we had to evacuate the building. I also experienced a shooting at a police station close to my hotel the day I was leaving.

A map of the locations visited in Yemen. © Google Maps

I have done three trips to Yemen and I will never forget the welcoming assistance of the authorities and the staff of the Al Hudaydah, Gulf of Aden and Al Mukalla marine fisheries corporations. In Aden, Yaslim the taxi driver and Ahmed from the Gulf of Aden Marine Fisheries Corporation were good company at the landing site. By coincidence, the driver of the taxi I hired during my three days in Aden had been a fisherman at the same landing site some years previously.

Yasin and Zyad, young officials from the local marine fisheries corporation, were my companions at the landings sites in Al Hudaydah. It was hard work taking samples and measurements of sharks as quickly as we could and without disturbing the fish processers. Nevertheless, I had good conversations with the fishermen and the fish processors at the landing sites at the end of the workday. Every day before the end of the auction and the start of shark processing, Yasin, Zyad and I had an early morning breakfast at the popular restaurant of a brave Yemeni woman, the only woman among all the men. Wearing a gun at her waist, she cooked the breakfasts and watched her customers being served. Most of them were fishermen and workers at the big landing site. She told me she had got married after completing secondary school, but she wanted her teenage daughter to go on to study at university. The first day I was at her restaurant she insisted we have our breakfast for free. 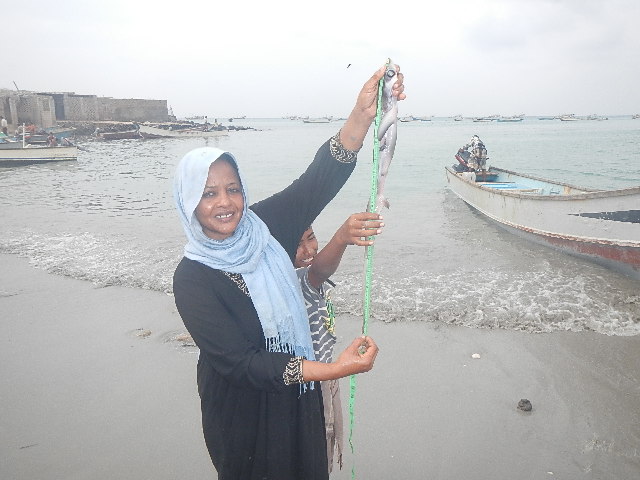 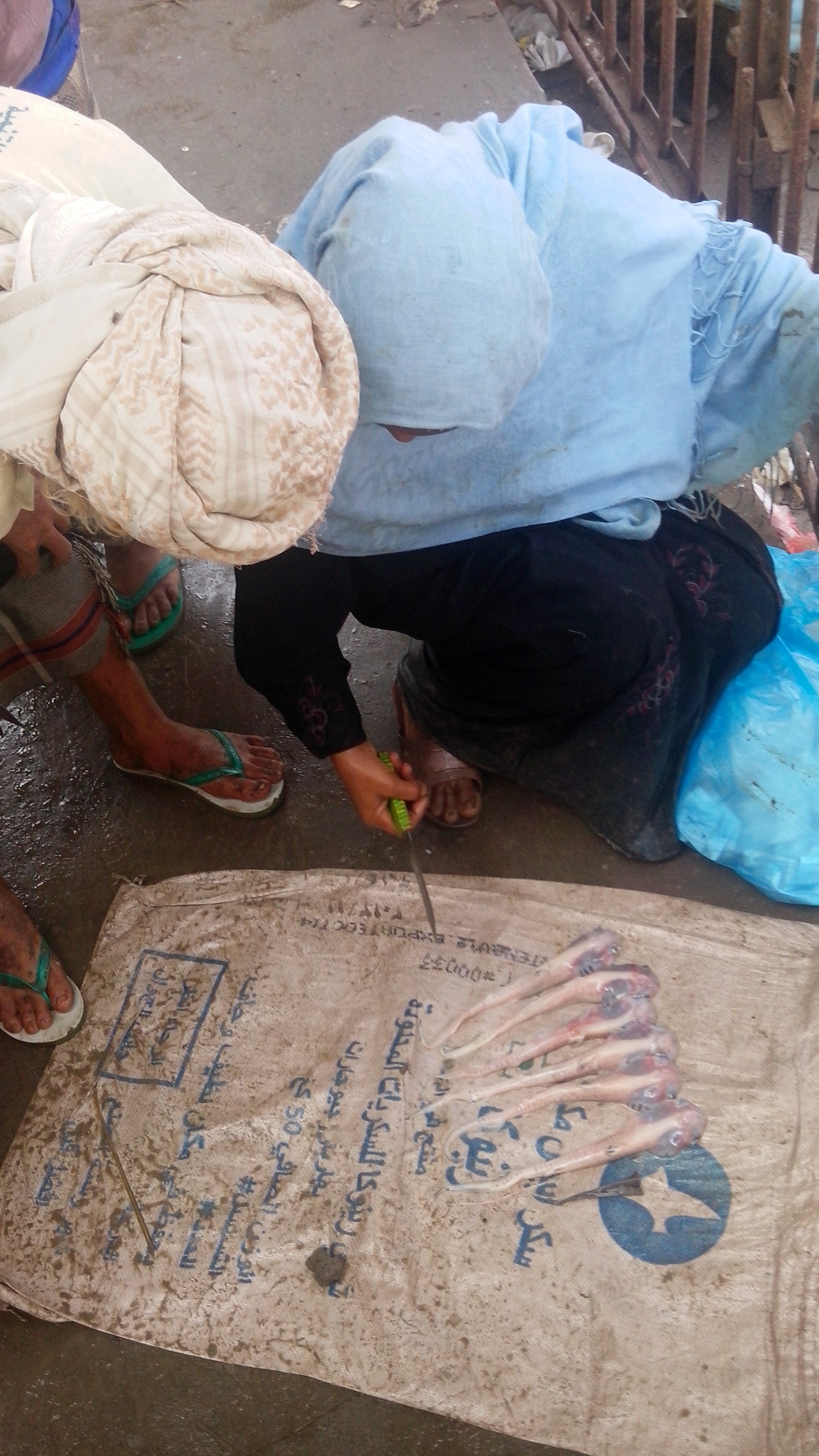 I remember driving from Al Mukalla to Al Guaser at dawn and going through seven military checkpoints during the three-hour journey. Al Gusaer is a big fish landing site in Hatramoot state and I have many good memories of the fish processors and fishermen there – but not so good of the dead sharks. One old fish processor, Uncle Aboddi, had a lot of experience with sharks and he loved to share his knowledge about them. I also showed Ahmed, Mohammed and Sabir, three young workers at the landing site, how to measure sharks and record data. Mohamed insisted that I visit his small family and I spent a pleasant half hour with his wife and children.

The people of Yemen are unique. I hope their political situation will settle down and their lives will improve.

Igbal is Sudan’s first shark scientist. She has spent years collecting tissue samples of sharks at local landing sites. Using genetics, she hopes to crack the code of shark populations in the Red Sea.