Fishy stories from the deep

How do you begin to gather information about a small-scale fishery that is completely unregulated? The easiest way may be to just ask the fishers. But that may not be as easy as it sounds. Although Belize is a small country, the fishers there do not necessarily have dedicated landing sites or seafood dealers, so tracking them down requires good timing and a bit of luck. 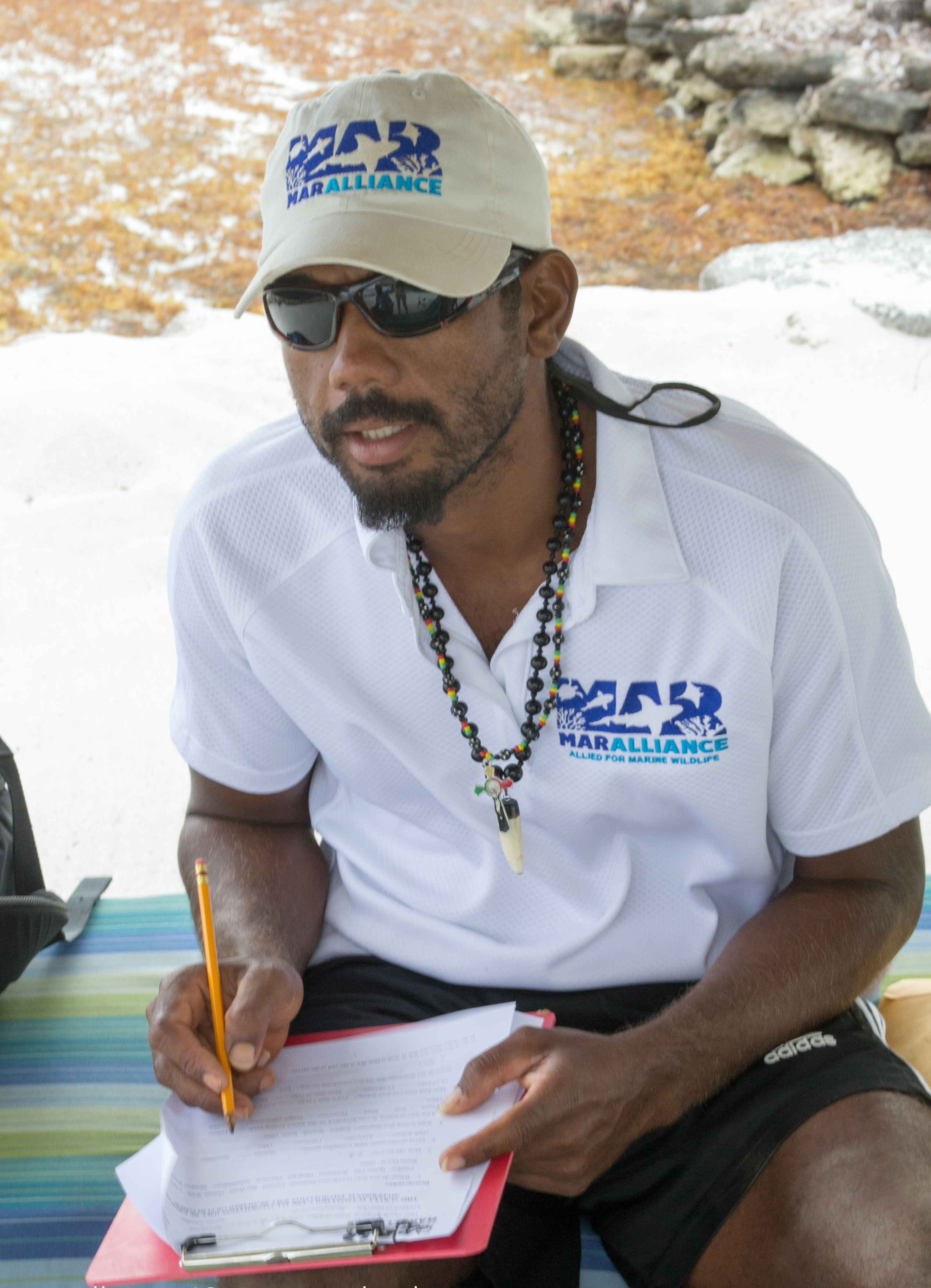 So far, members of the MarAlliance team have interviewed 41 fishers from eight different fishing communities around the country to get an idea of the scope of the deep-sea fishery (deeper than 150 metres) in Belize. Of the respondents, 24 (58%) dedicate at least a portion of their fishing effort to the deep waters. Deep-sea fishers interviewed included commercial and recreational fishers, as well as licensed tour guides. At an average age of 48 years, most commercial deep-sea fishers operate out of boats smaller than eight metres (25 feet) in length and spend an average of four days at sea at a time, often using offshore cays and atolls as base camps. Their gear is mostly multi-hook vertical long-lines that are pulled in by hand or with a small pulley or winch. Although most deep-drop fishers learned the techniques from their family or friends, some received training in Jamaica and others participated in government-funded training in cooperation with Japan and Trinidad. 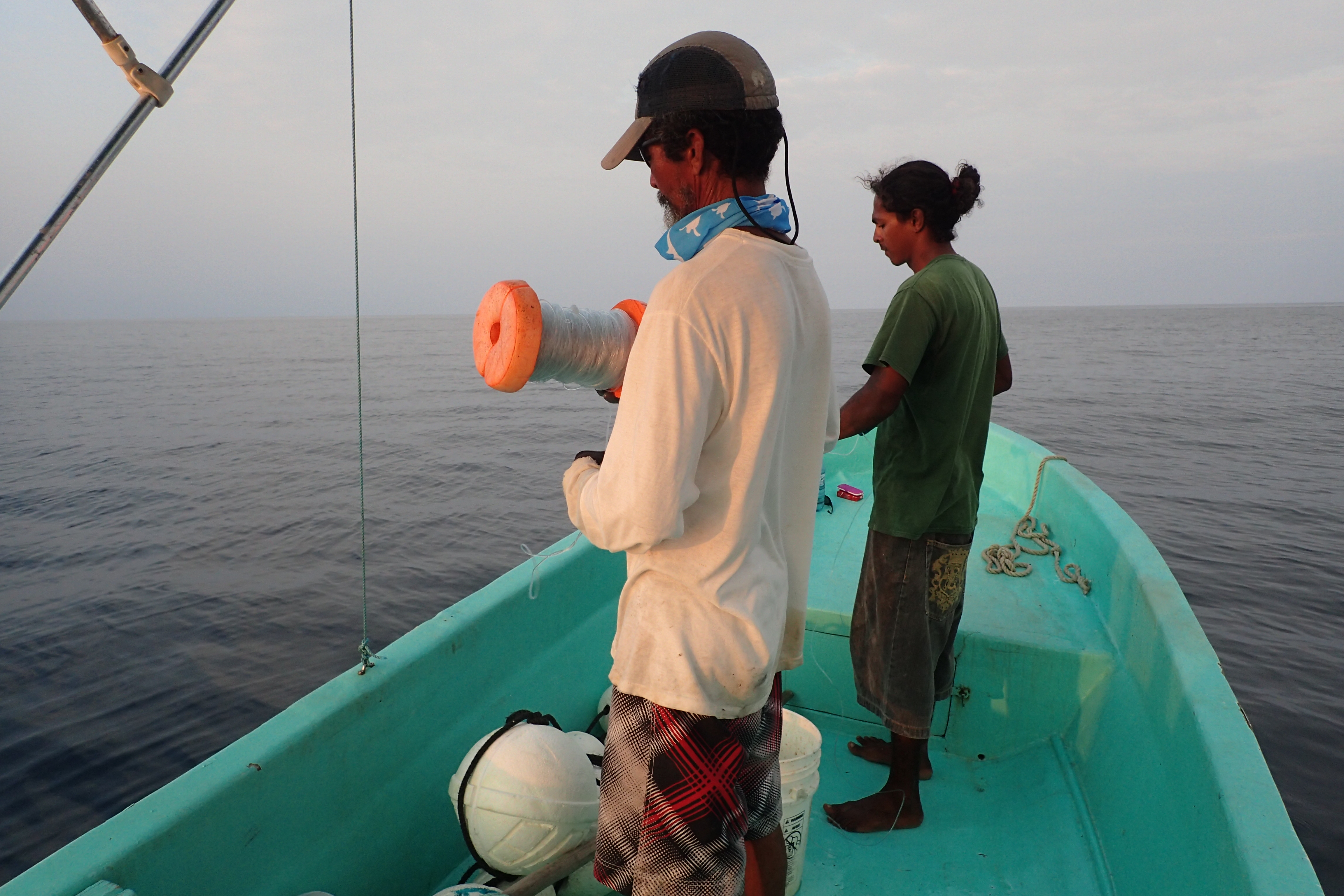 Fishers from Placencia pull in 400 metres of line by hand onto a home-made spool. © Photo by Ivy Baremore

The majority of commercial fishers who have been deep-sea fishing for more than five years ventured to the deeper waters out of curiosity and a love of fishing. The fishers that are newer to the deep waters (less than five years’ experience) largely started ‘deep drops’ because they feel they can catch bigger fish in the deep sea. Restaurant and customer demand for large, high-quality fish fillets has also driven more fishers into deeper water, and many said they can make more money deep-sea fishing than they could in coastal areas. In fact, of the 17 commercial fishers interviewed who do not currently engage in deep-drop fishing, 10 (59%) said they were considering trying it out in the near future. The most common reasons given going deep are bigger fish and market demand. The most common reasons given for not going deep were fear of the deep waters and the high cost of fuel. 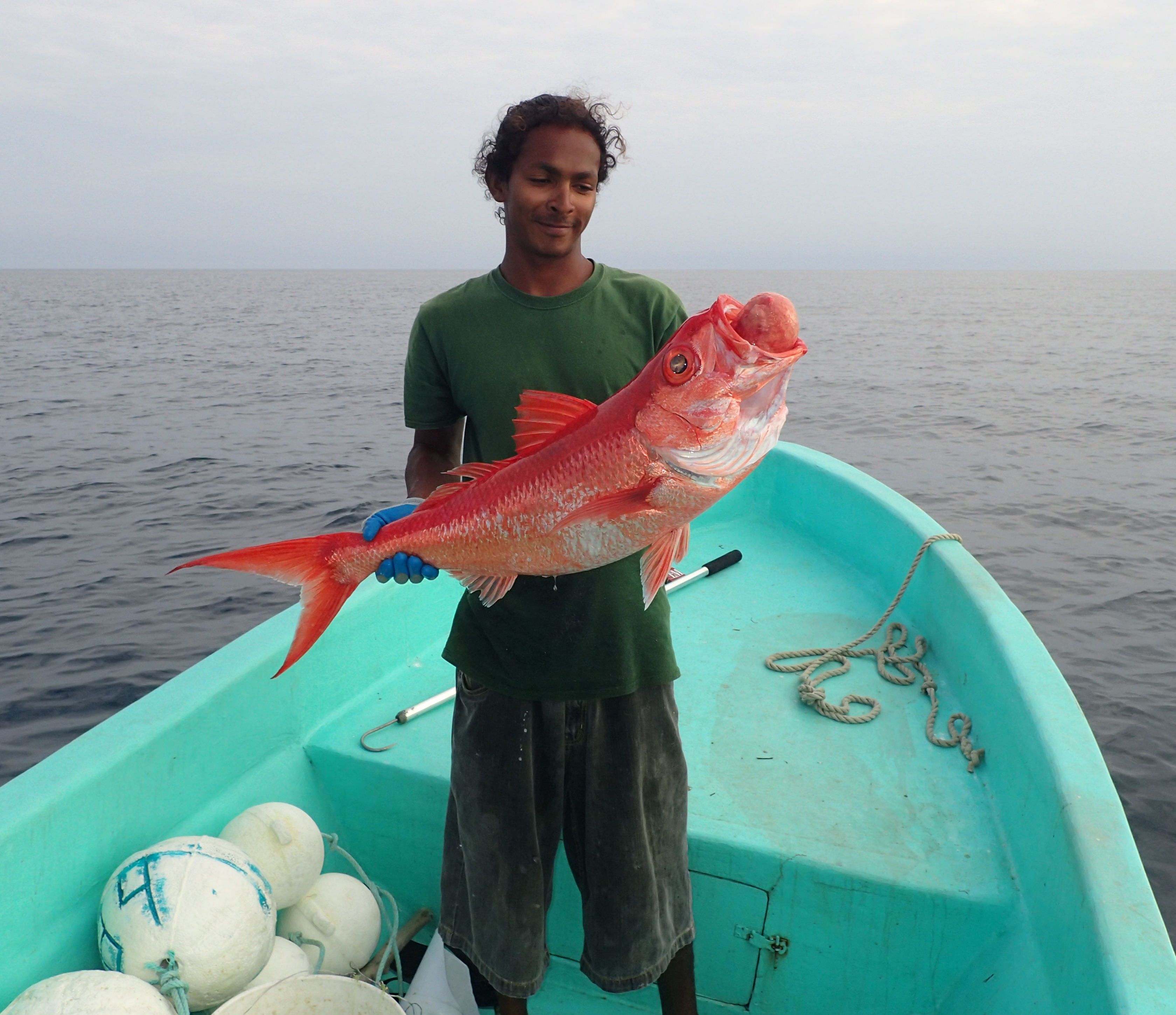 A young fisher new to deep-drop fishing shows off a large queen snapper, which was listed as the most preferred deep-sea fish species. © Photo by Ivy Baremore

Not a single respondent to the survey listed sharks as a targeted species, and most said sharks were considered a nuisance, or worse. Most fishers also indicated that there is not a market for shark meat in Belize and therefore they do not land sharks when they are caught. However, there is direct evidence that deep-sea sharks have been and are being landed; the market demand is probably coming from Guatemala. All fishers had caught sharks while fishing in deep waters, and the ‘most unusual’ sharks captured by fishers (identified from photos) were sixgill, sevengill and gulper sharks, as well as ‘blob sharks’, which the fisher identified as a possible megamouth after reviewing photos online. 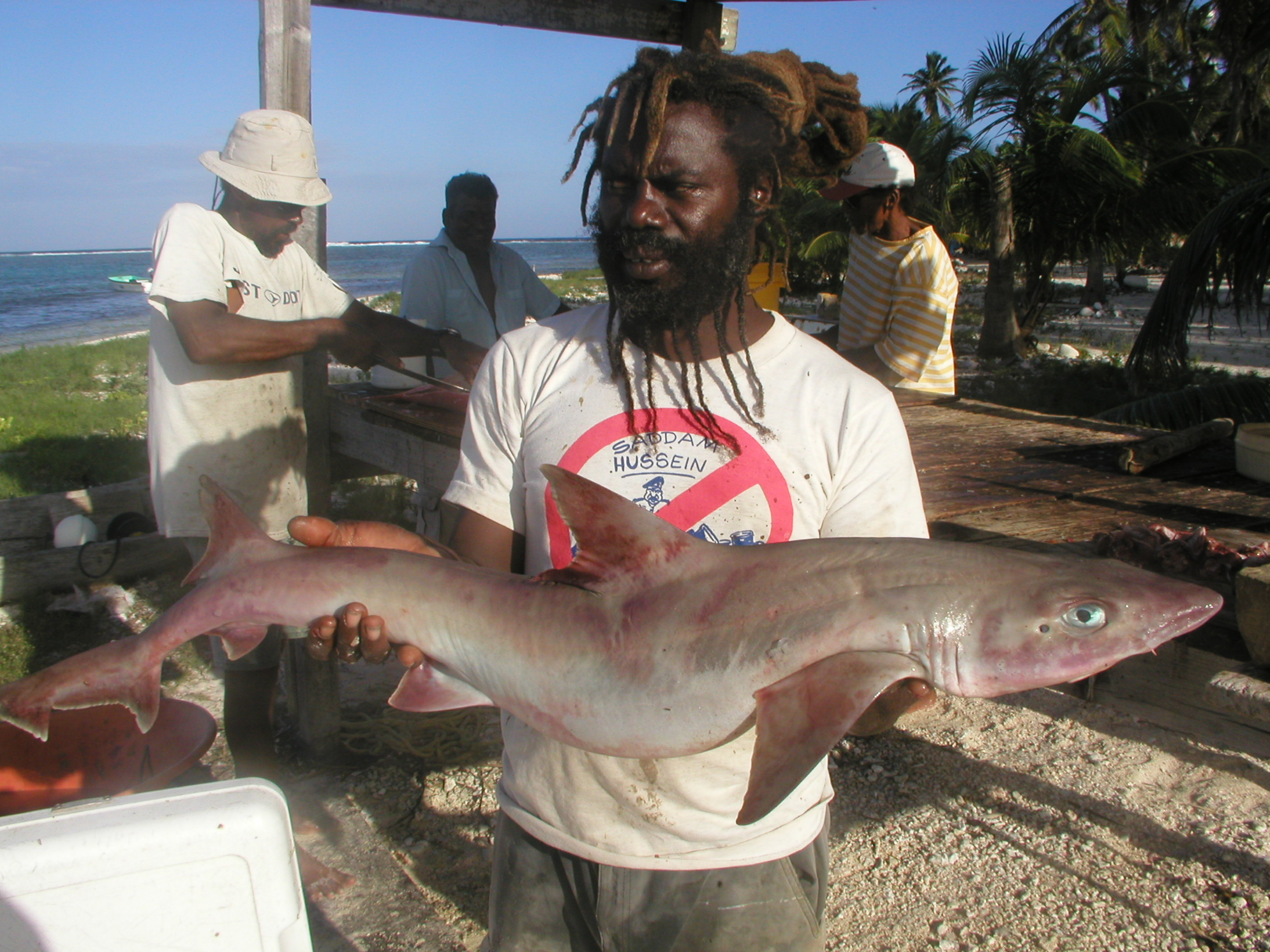 Fishers’ perceptions of the fishery were somewhat varied, and opinions were likely to be most similar within a community. Most agreed, sometimes strongly, that deep-sea fisheries are the future of Belize’s fishing industry, and the majority found deep-sea fishing to be overall more profitable, though also more difficult, than coastal fishing.

As coastal fisheries continue to decline and demand for high-quality fish fillets increases, the deep-sea fishery in Belize is primed to explode. Results from these surveys show that young fishers are increasingly interested in trying their luck out ‘in the blue’. Fishing effort in deeper waters will continue to increase, as will by-catch of unstudied (and possibly undiscovered) deep-sea sharks and finfishes. In addition, government initiatives aim to move more fishers offshore, even though there is virtually no information about the species, habitat or ecosystems of the deep waters of Belize. We are striving to fill this gap by continuing to conduct surveys – both independent and fishery-dependent – and by monitoring so that informed management can be put in place. To paraphrase one fisher we interviewed, ‘We need to see what is in the deep before everyone gets out there.’