Until the beginning of November 2014, the populations of juvenile blacktip reef sharks and sicklefin lemon sharks at St Joseph Atoll in the Seychelles had never been scientifically assessed. Now, however, my field team and I are catching these young sharks in order to discover their biological and ecological traits and thus learn how they coexist at this remote atoll. It is expected that similar species that live together in the same environment occupy different ecological niches so as to avoid interspecific competition. Therefore we will actively track the juveniles of these two shark species to investigate how they use their habitat and will look at their diet, all in a bid to identify how they separate themselves into different niches.

In a kayak loaded with research gear, fully covered up as protection against the sun and extremely motivated to catch as many sharks as possible, we have now successfully started our first field season at St Joseph Atoll. A few photographs taken during our preliminary catching efforts will give a good idea of how we catch and study these juvenile sharks. 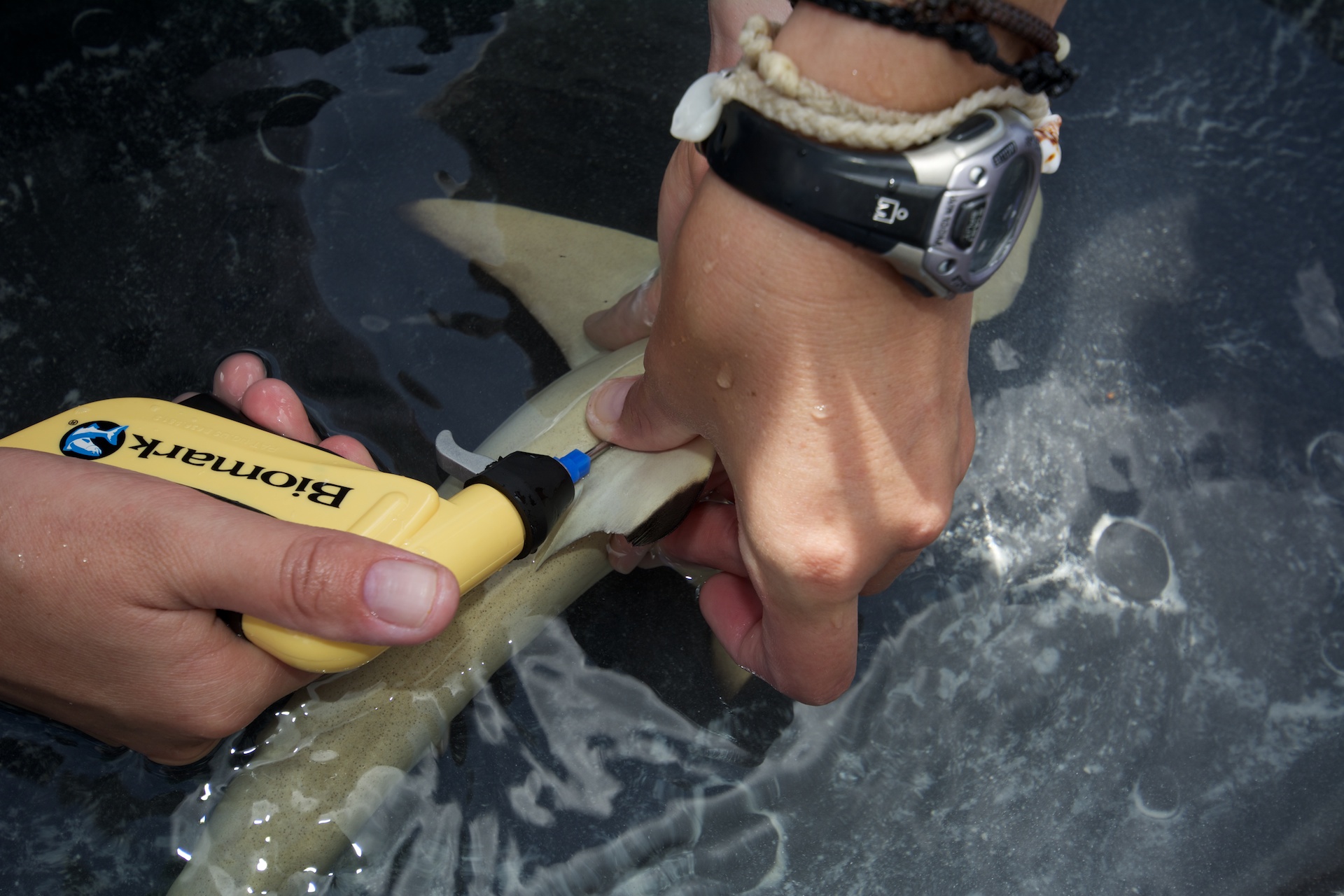 Two people pull the net to ensnare the young sharks while another two are ready with dip nets to catch those that have swum into the net. This isn’t the easiest of tasks in the heat of the day and in water as warm as 39 °C, but so far it has worked very well. 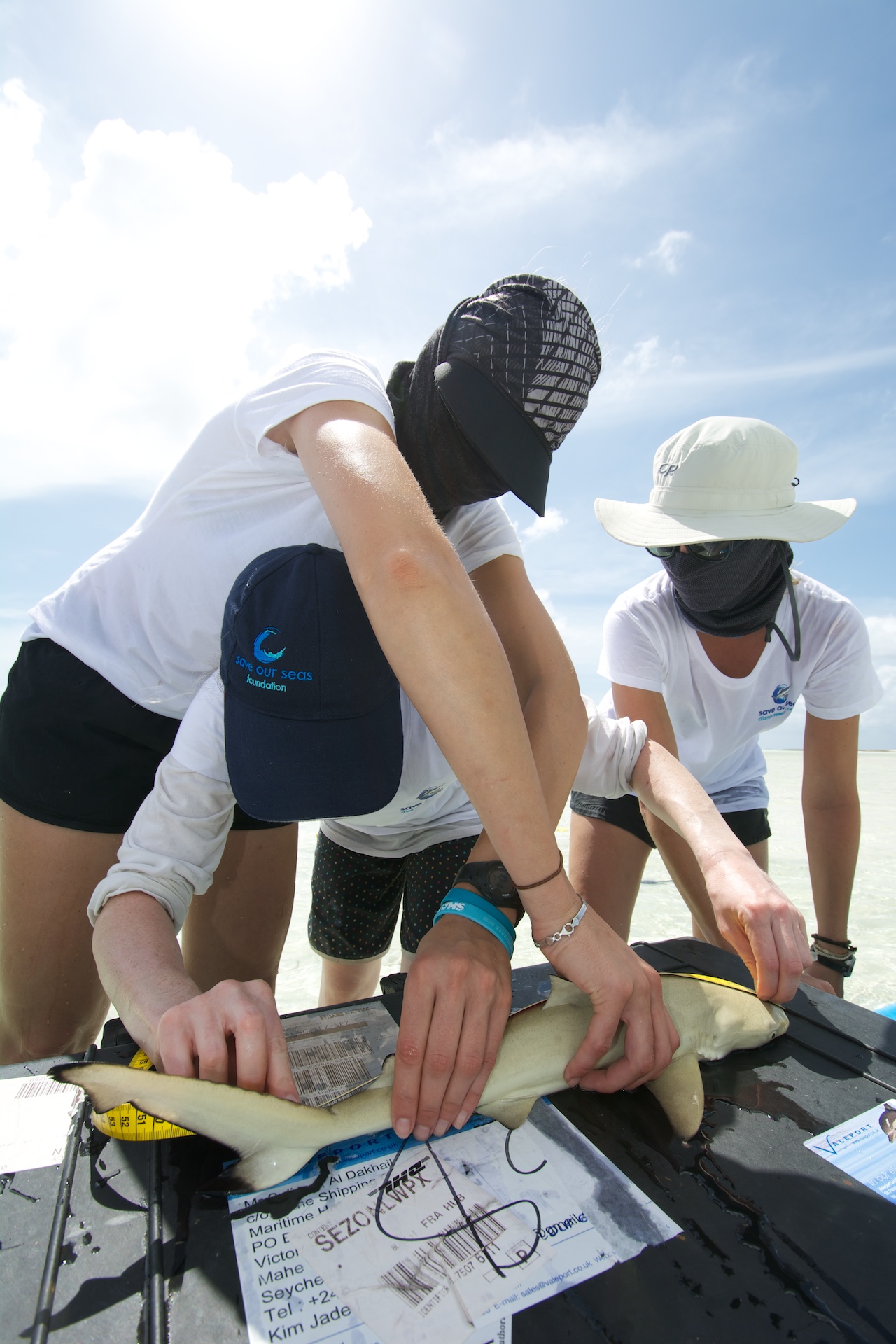 Our standard procedure includes taking measurements, which will give us an idea about each shark’s approximate age and size at birth, and its growth rate in case we recapture it. 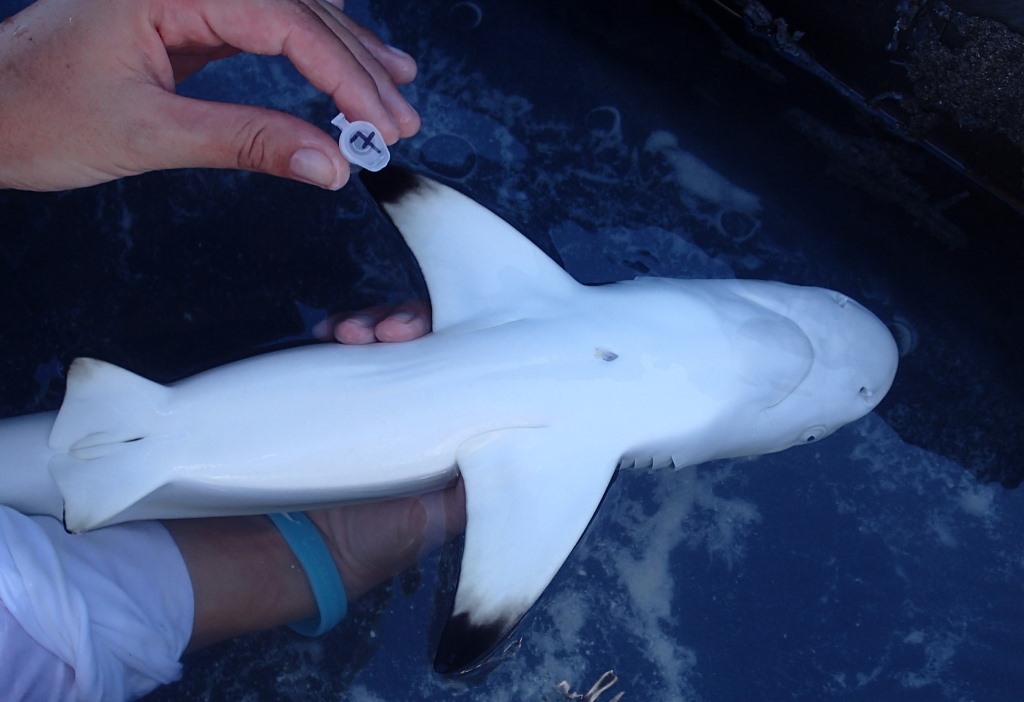 In these two shark species the embryo is connected to the mother by an umbilical cord. The umbilical scar is still clearly visible on these newly born sharks and can be used as an indicator.

One method of investigating a shark’s diet is to collect blood for stable isotope analysis. In order to stop the blood from coagulating, it has to be centrifuged immediately in the field. This is easily done in a hand-operated centrifuge. 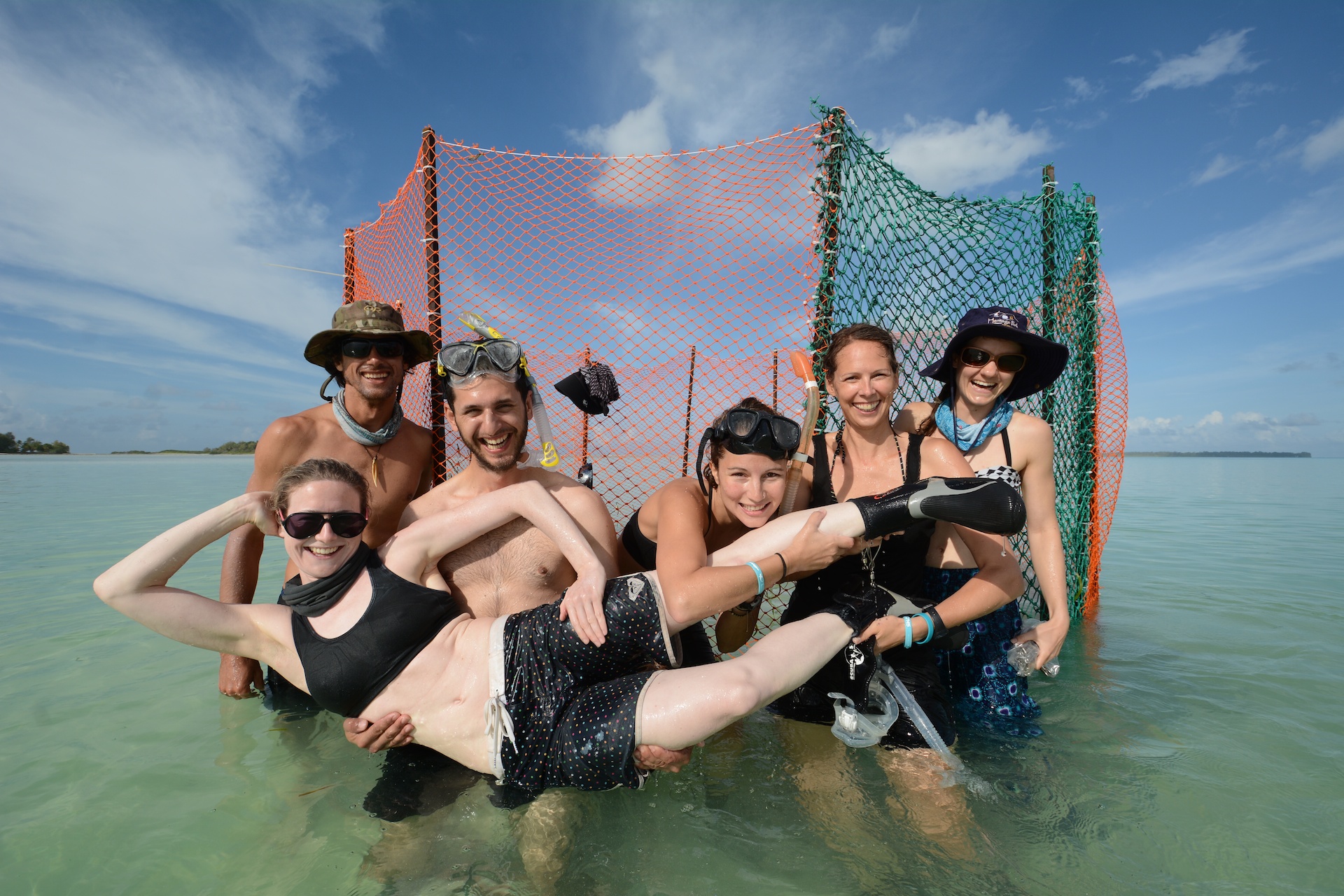 A very happy team, having finished building the holding pens in which the sharks will be kept for observation.