Exploring interactions between sharks and turtles

In many systems, predator–prey interactions are challenging to observe and researchers can only infer predation. Indeed, the most in-depth studies of shark–turtle interactions explore and quantify the effects of shark predation on sea turtles by measuring the frequency of shark-inflicted injuries on turtles, as well as by capturing turtles and sharks in areas where they co-exist and making inferences based on the habitats in which they were captured and on the overlap between habitat use, health and food availability. 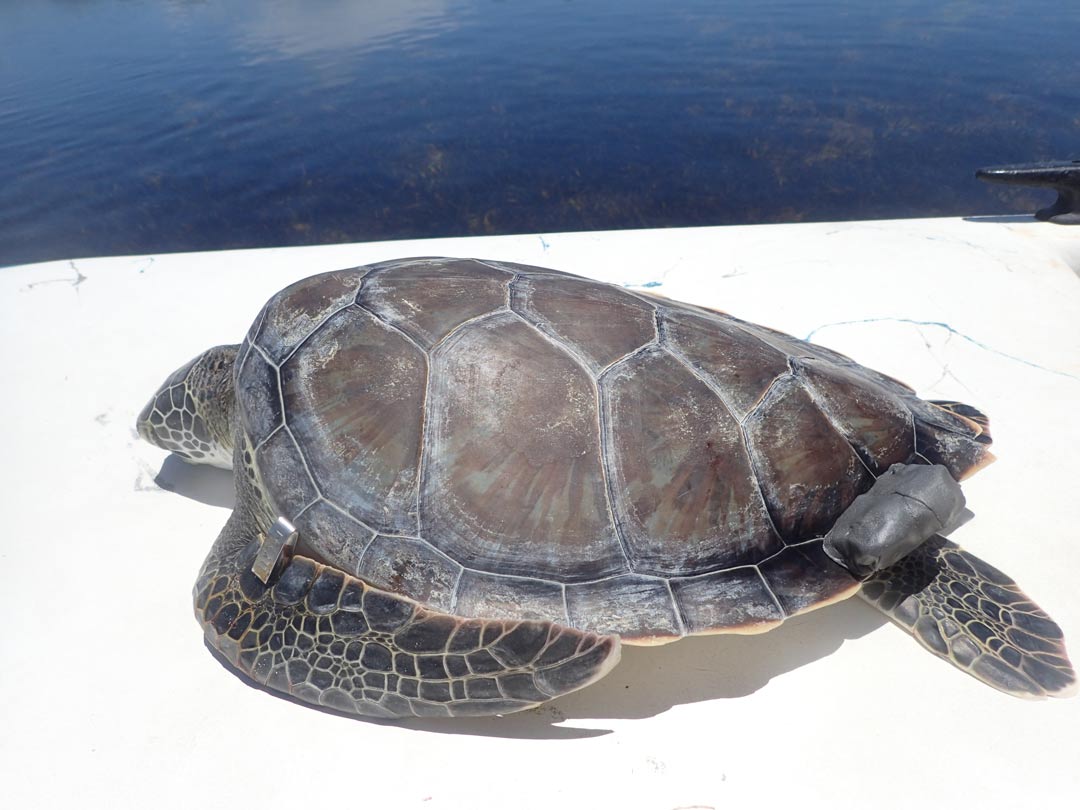 Advances in technology, namely acoustic and satellite telemetry, have enabled us to tag sharks and turtles simultaneously so that we can get a more detailed understanding of the frequency and duration of interactions between these species. Tagging sharks and turtles also gives us insights into the overlap of their respective habitats and the influence of predator encounters on their decisions about habitat use. 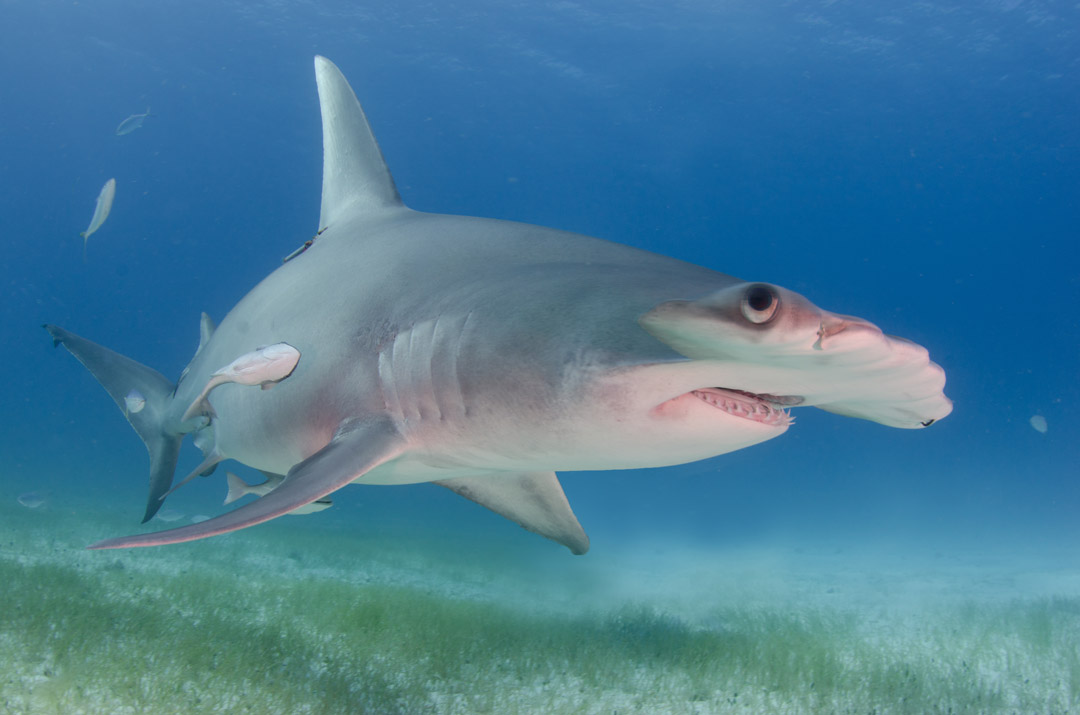 We used acoustic telemetry to shed light on predator–prey interactions between sharks and turtles. As our field season comes to an end, we have now deployed long-life acoustic transmitters (V16 and V13 Vemco transmitters) on 47 juvenile green turtles and eight tiger, 10 bull and 12 hammerhead sharks larger than two metres in Bimini, The Bahamas, and tracked their movements via an array of 57 acoustic receivers (VR2 W Vemco hydrophone receivers). This will enable us to assess in greater detail the interaction between turtles and sharks. We are currently in the process of analysing our data to explore their habitat overlap and the implications of their interactions.