Endangered devils of the Mediterranean

In the Gaza Strip, Palestine, the political situation and economic environment are extremely challenging and incredibly unstable, and the people of the region rely heavily on marine resources for food. Fishermen are allowed to fish up to six nautical miles (about 11 kilometres) offshore and for them the elasmobranch fishery is an important resource. Currently, there are about 3,500 fishers in the Gaza Strip and another 2,500 people have a working connection to the fishing industry, which supports more than 700 active fishing vessels. Recent restrictions imposed on Palestinian fishers have marginalised this sector further. 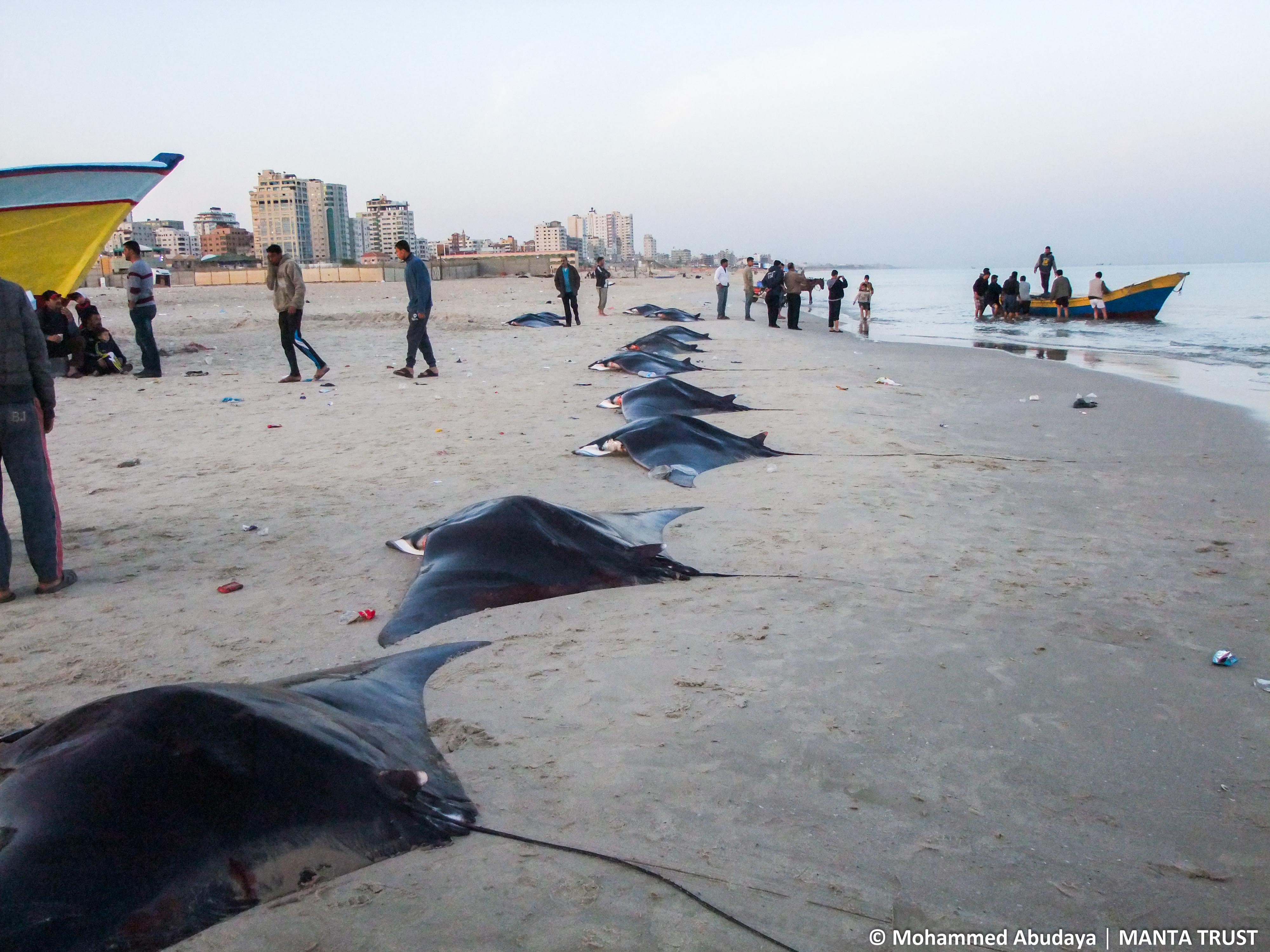 The giant devil ray Mobula mobular, which is endemic to the Mediterranean, was classified as Endangered on the IUCN Red List in 2006 and has been on Annex II of the Barcelona Convention since 2001. Local fishers in the Gaza Strip are targeting the species, catching a number of individuals every year. 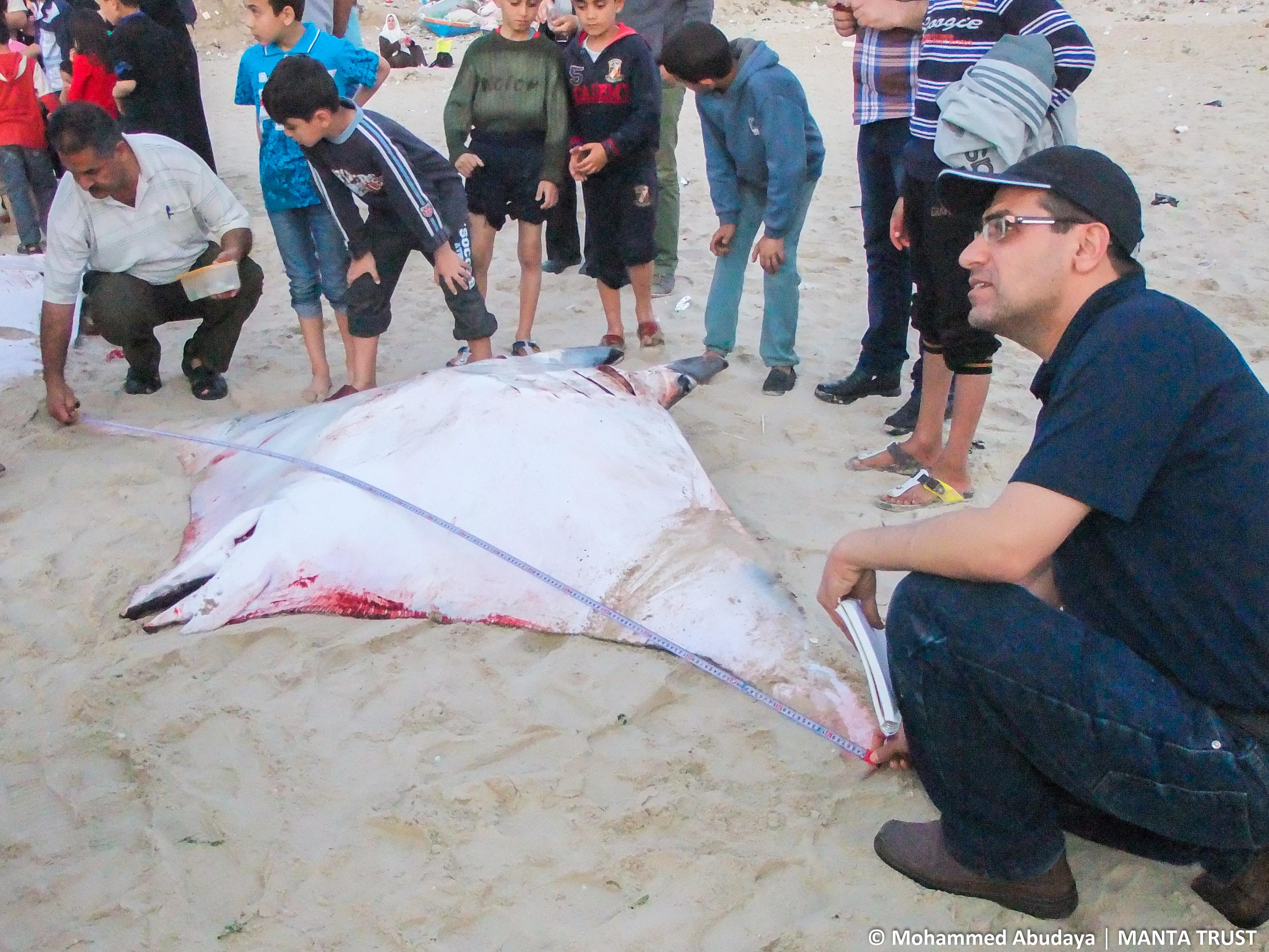 There are no official or accurate data on the elasmobranch fisheries in Gaza, which hampers an effective assessment of the status of elasmobranch populations in the eastern Mediterranean. Thanks to support from the Save Our Seas Foundation (SOSF), surveys are now being conducted at the main landing sites in order to collect data on every single mobulid ray landed. The species of each specimen is recorded, as are biological data such as disc width, disc length, gender and sexual maturity. 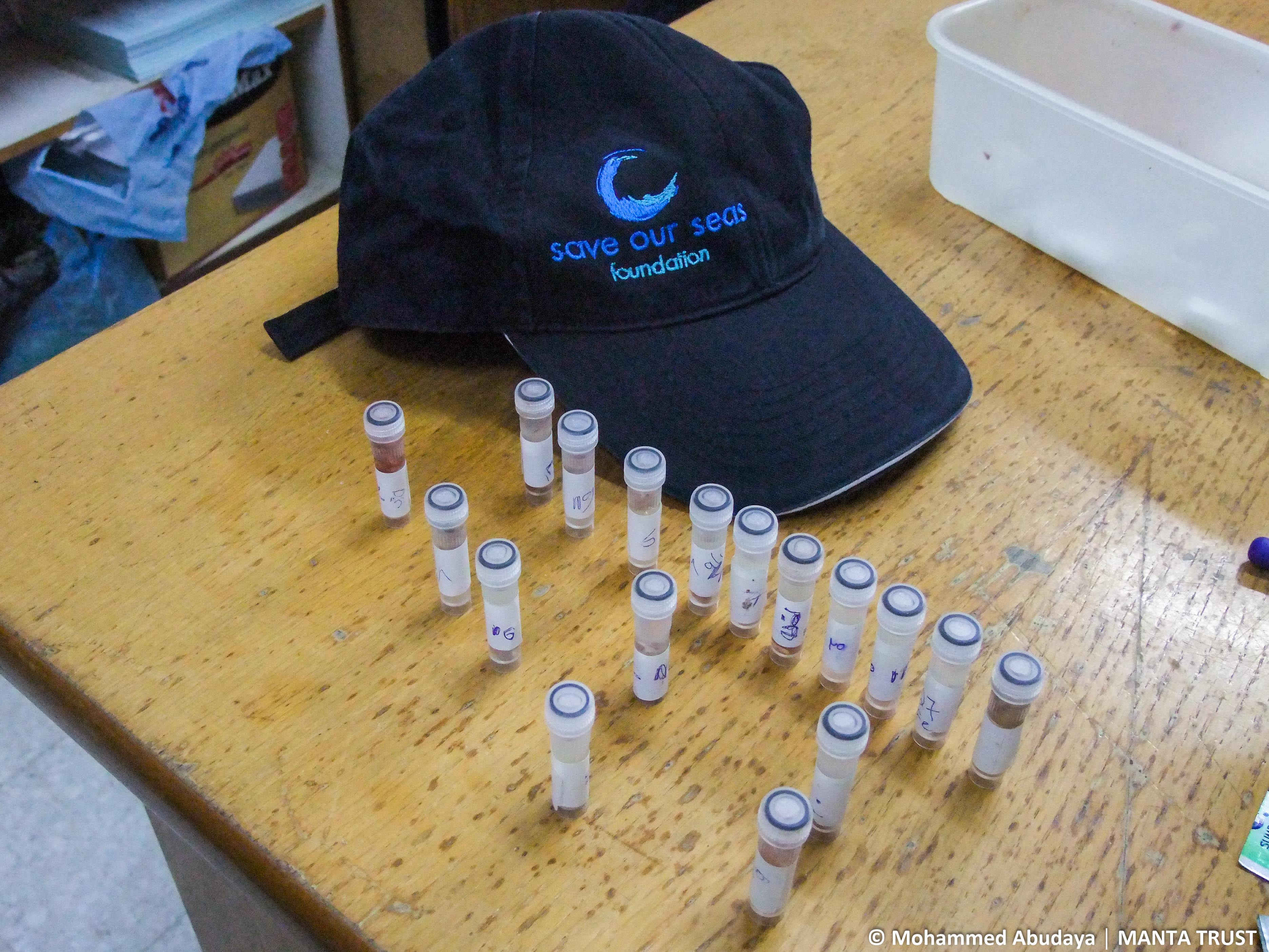 Along with biological data and photographic evidence, tissue samples are collected too. These samples are sent to our collaborative Manta Trust project (also supported by the SOSF) in the UK for genetic analysis. 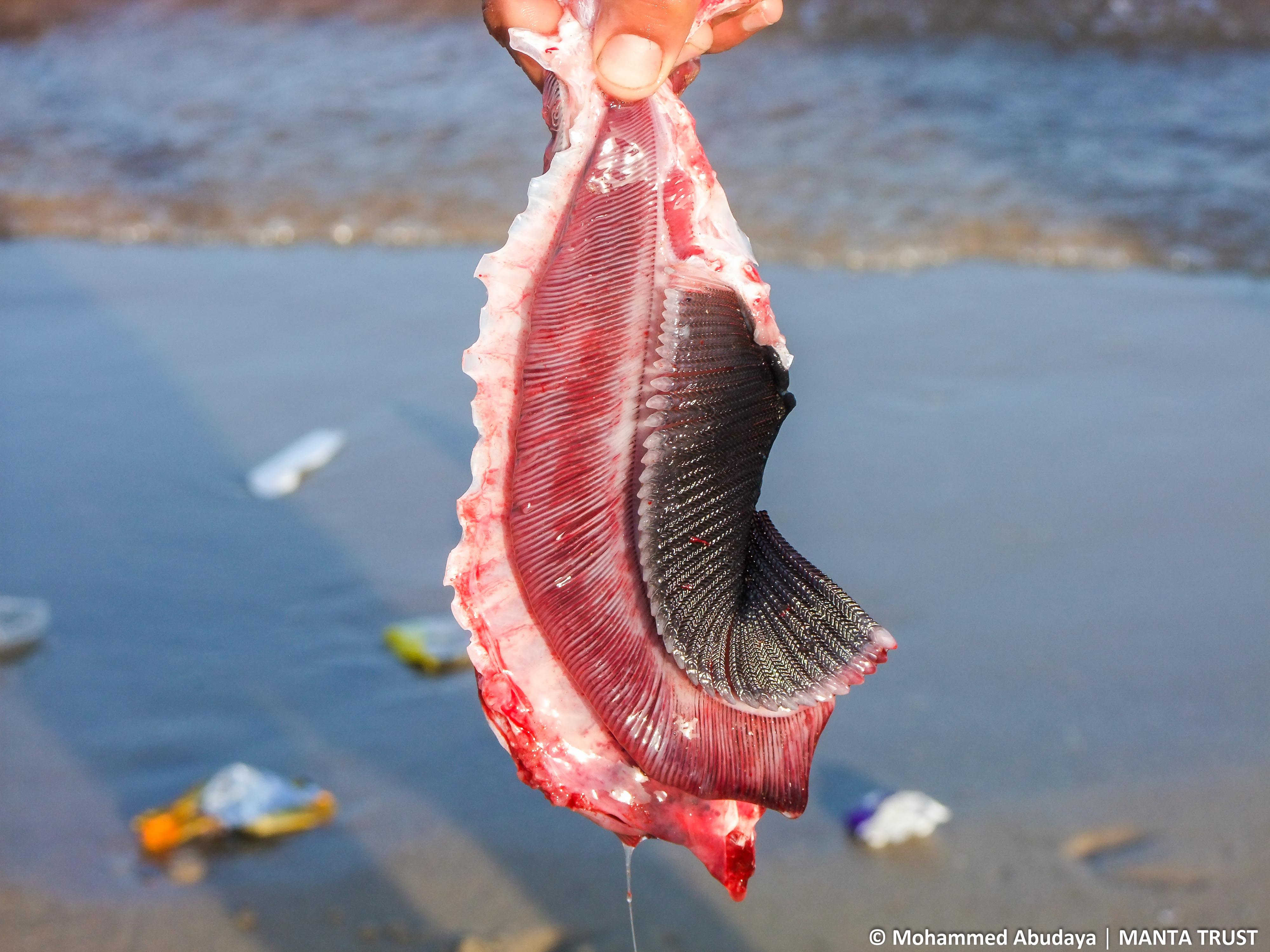 The purpose of removing the gill plates is also recorded and the supply chain is studied to establish whether the plates are being exported as part of the global Chinese medicine trade or are consumed locally instead.

As well as contributing directly to the conservation of giant devil rays, this project helps to improve our knowledge of other elasmobranch species of particular conservation interest. In combination with the monitoring and survey work, an outreach programme using various media channels will be initiated to educate fishers, consumers and processors about the status of this species and its conservation needs. We have already been working hard to persuade fishermen to avoid targeting mobula rays and have succeeded with some – even seeing a few pregnant individuals released as a result of our efforts.

The cooperation we have received from fishermen has been exceptional and many have offered their assistance to the team. Some fishers have helped with measuring specimens and collecting DNA samples, while others try to record the gender and size of individuals caught. This assistance has been greatly appreciated and we anticipate working closely with the fishing community when legislation is introduced to help protect mobula rays and ensure a long-term and sustainable fishery.

Conservation is never an easy task, but it’s even harder in a battleground. Mohammed works with fishing communities in Gaza to find out how to protect mobula rays during their visits to the east Mediterranean Sea.