During the week of the 14-20th of October, the members of Associació LAMNA participated on the 23rd Scientific Meeting of the European Elasmobranch Association, held in Rende (Italy), at the University of Calabria. As a break from looking for spiny butterfly rays in Valencian waters (Spain, Western Mediterranean), the meeting serves the purpose of staying in touch with other researchers, learning new discoveries or approaches in elasmobranchs research and getting to know other active advocates for rays, skates and sharks conservation.

Since 2015 I’ve been participating on EEA Scientific Meetings. I remember that first time in Peniche (Portugal) with fondness. I was a beginner in the field of scientific communication and was very nervous to make my first oral presentation. Looking back at all these years of reunions I have to acknowledge all the people that I have found along the way. Great scientists and, above all, great people. Because, in the era of internet and fast-paced connections, this is what meetings are for: getting to know new people with similar interests. 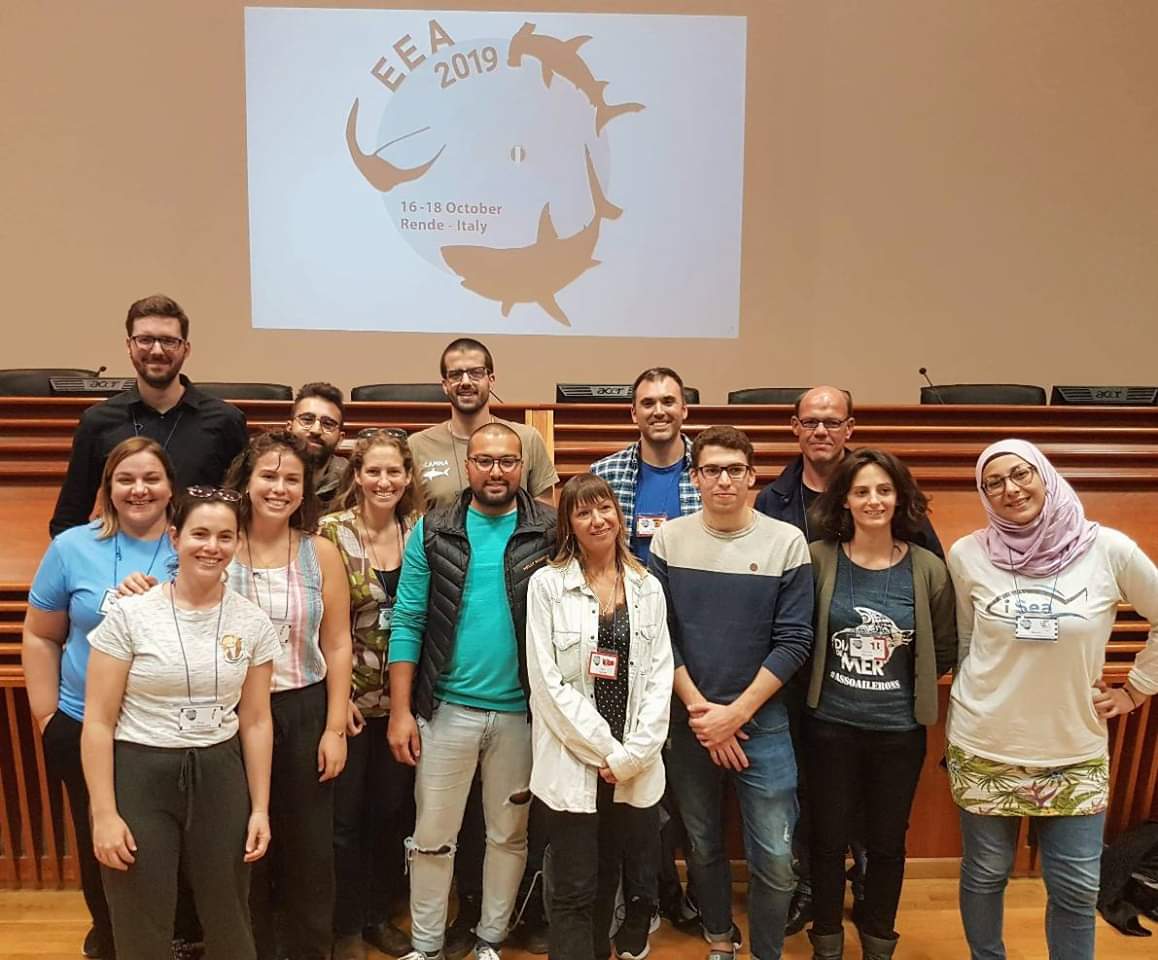 Group picture of some coordinators of the MECO project in different countries during the EEA XXIII Scientific Meeting held in Rende, Italy, during Octobre 2019. Photo © MECO Project

A great example to illustrate the opportunities that international conferences offer, is the MECO project. MECO stands for Mediterranean Elasmobranch Citizen Observations, and it is a project that seeks the use of citizen observations to study distribution and seasonality of elasmobranchs (skates, rays and sharks) all over the Mediterranean Sea. It was presented in last year’s meeting (kindly organized by the Portuguese association, APECE) by the sharks and ray’s association of Israel, “Sharks in Israel” represented by Adi Barash. In that time the presentation of the project did not get my attention, firstly because I had no time left to embark into another project and secondly because of the overwhelming number of projects for citizen science that had begin to appear with the spread of smartphones around the world. So, some of you may ask, what made me change my mind and get involved in the project?

First of all, the project is born as a collaboration of different Mediterranean-based associations that are already doing a great job in their countries or regions, thus bringing to the table the possibility of an alliance that multiplies collectively the benefits generated individually. Second, the project is centred towards the citizen (the user: swimmer, diver, fisher) and not towards an app or other devices (as most citizen science projects are). Or, to put it in other words, it is not directed towards the commodity of the project (the researcher’s sake). 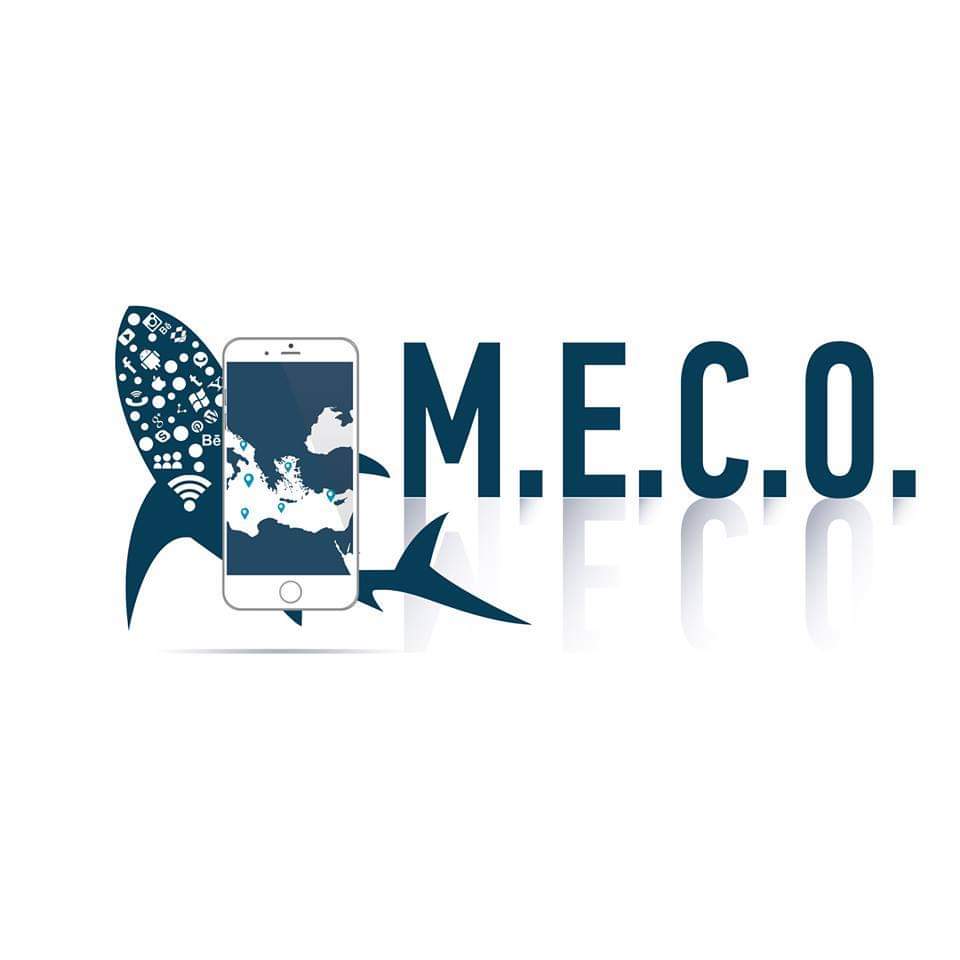 So, how does it work? Right now the MECO project has seven Facebook groups directed towards five countries or regions and five different languages.

The project is rapidly growing and you can follow any update at their main page: www.facebook.com/theMECOproject/. The premise is simple, researchers administrate Facebook (or other main social media) communities, with a strong link to a language or a nation, always focused on the topic of elasmobranch sightings/encounters. What are the benefits of this methodology against others? One of the main problems citizen science projects have is the “wear off” effect. Commonly, users get excited with the project and share a lot of sightings on the first weeks, but ultimately, they forget about the project and ‘disconnect’ from it. Regarding this, the approach taken by the MECO project serves twofold. By using a social media app you are not bothering users to use a different app and you make sure they are going to connect to it at least once in a week. Also and most important, by creating a community you reinforce the feeling of being part of a big project, getting the possibility to motivate participation, either by sharing results, publicly congratulating informers, educating on the topic or directly asking about a certain issue. 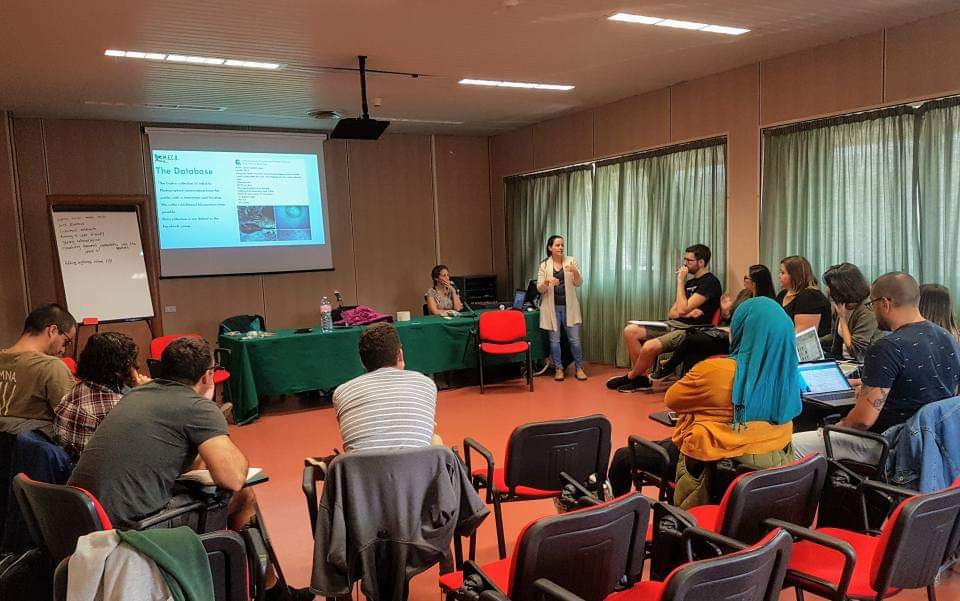 Participants of the MECO project attend to the details of the project in a workshop in Rende, Italy. Face-to-face meetings allow researchers to bond and share in a more direct way their questions or proposals for a project. Photo © MECO Project

This year, the opportunity of having a MECO workshop before the EEA Scientific Meeting has brought us the possibility to get to know all the people involved behind it and convince us to collaborate with it. Hopefully, we will get to obtain many spiny butterfly ray sightings from this project! 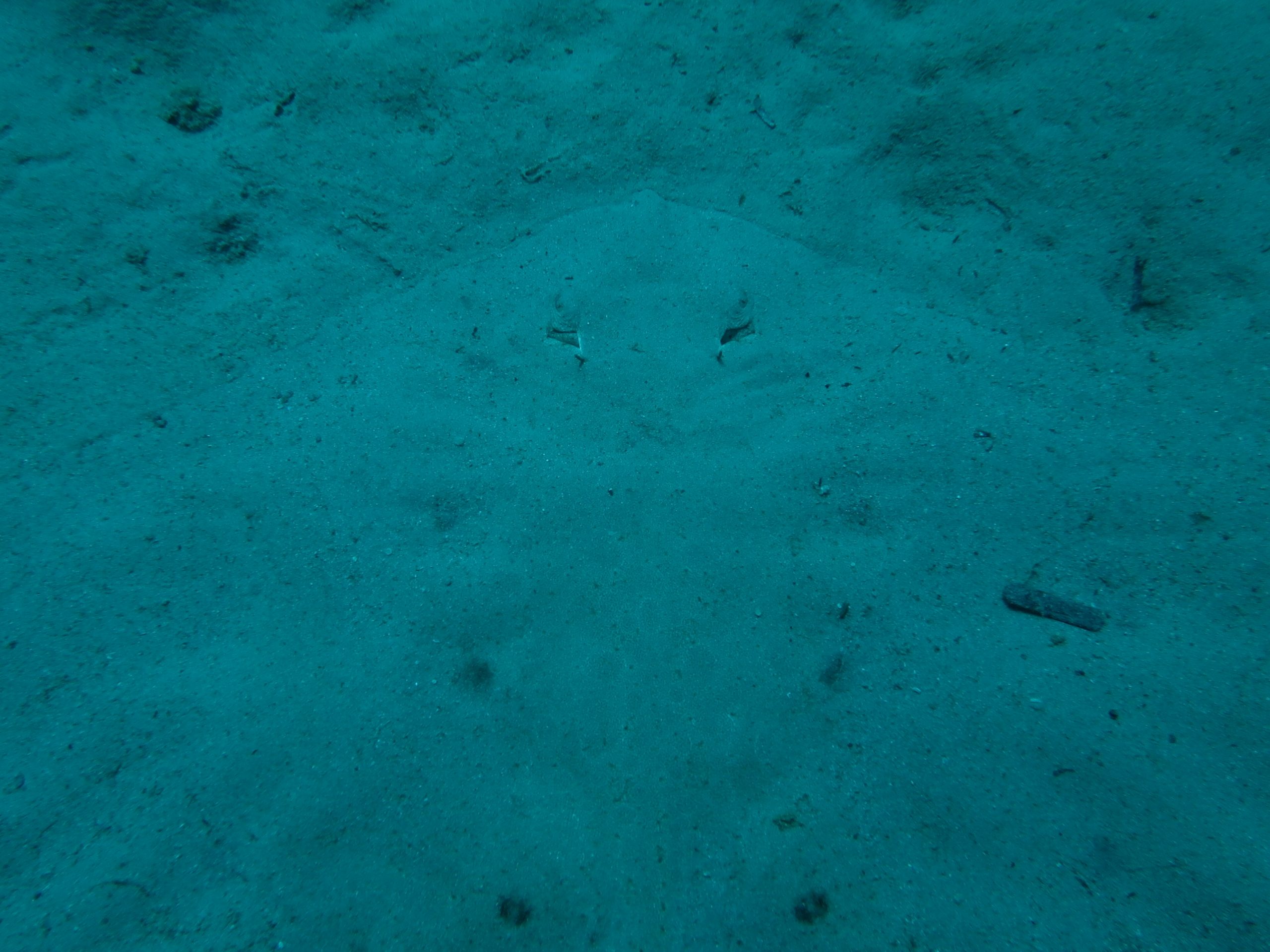 A spiny butterfly ray individual covered in sand at the sea bottom near Moraira (Alicanta, Valencia region, Spanish Mediterranean). Hopefully, we will have access to more photos of this species throughout all the Mediterranean. Photo © Associació LAMNA