Photo by Michael Scholl | © Save Our Seas Foundation
By Ornella Weideli, 13th March 2018

Growing up in the Swiss-German-speaking part of Switzerland, you soon understand that learning other languages is key. There are only about five million Swiss-Germans, so from an early age we have to learn other languages. In school we first learn German (High German), followed by French and English. Even though I knew how important languages were, they felt like a burden and I spent considerably more time on my science classes. Consequently, my language skills were quite terrible, but this didn’t bother 18-year-old me. 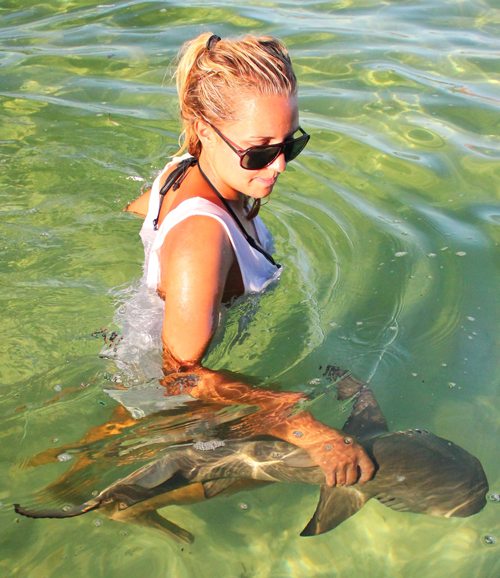 After a successful workup, Ornella releases a juvenile lemon shark back to the wild. Photo © Lanny Yu 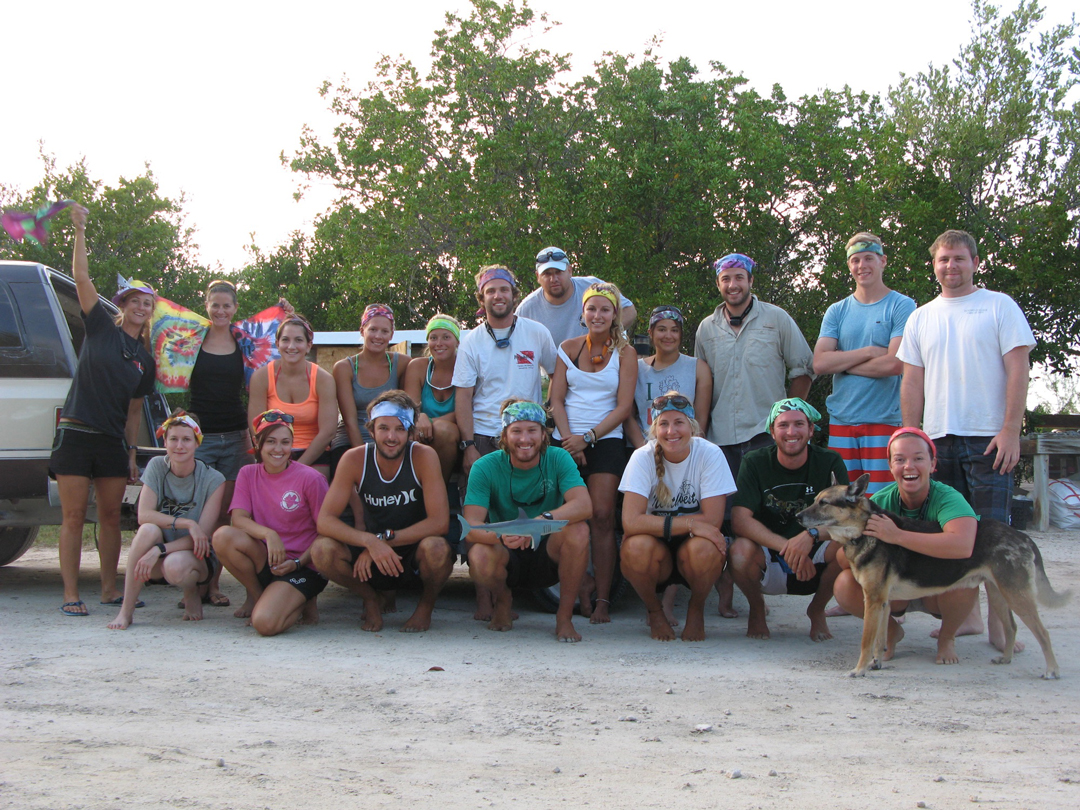 A few years later, English suddenly became very appealing. This surprising switch happened in 2009, while I was working at the renowned Bimini Biological Field Station (BBFS). Not only did I learn from the English-speaking staff how to communicate, read and write English at an advanced level, but I also learned numerous field-related English terms. So words like ‘shark nursery’, ‘tuna clips’, ‘gill nets’, ‘chum block’, ‘cable ties’, ‘gaff’, ‘circle hooks’, ‘q-beams’, ‘wire leader’ and ‘cinder blocks’ soon came naturally to me and every day I would learn new words and their application. These words got stuck in my head and since Switzerland is a landlocked country I didn’t dare translate any of them into German. Why should I? 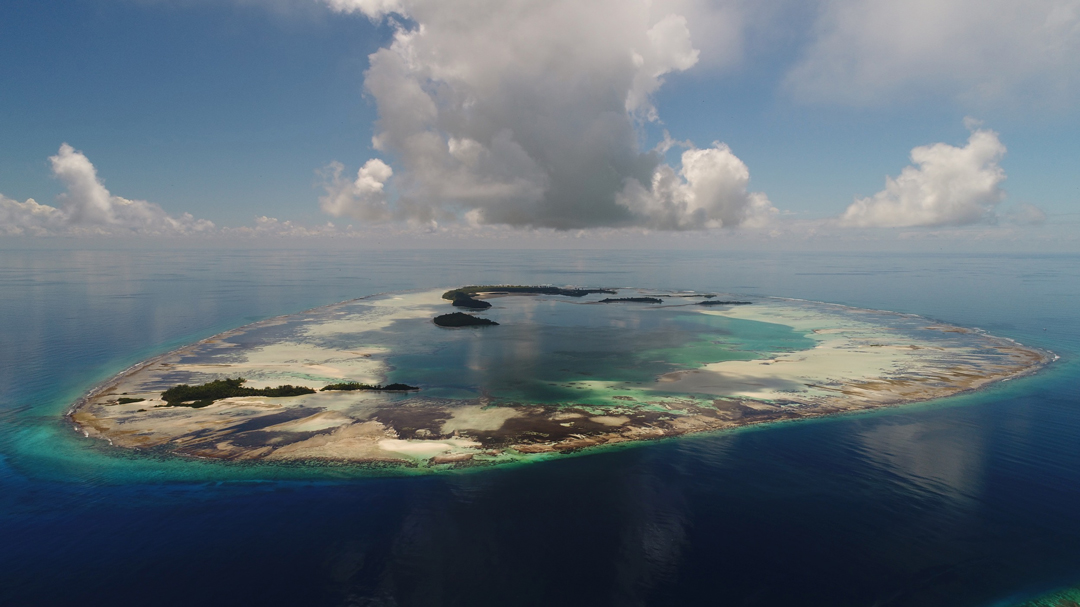 A bird’s eye view of St Joseph Atoll during the day. Photo by Michael Scholl | © Save Our Seas Foundation 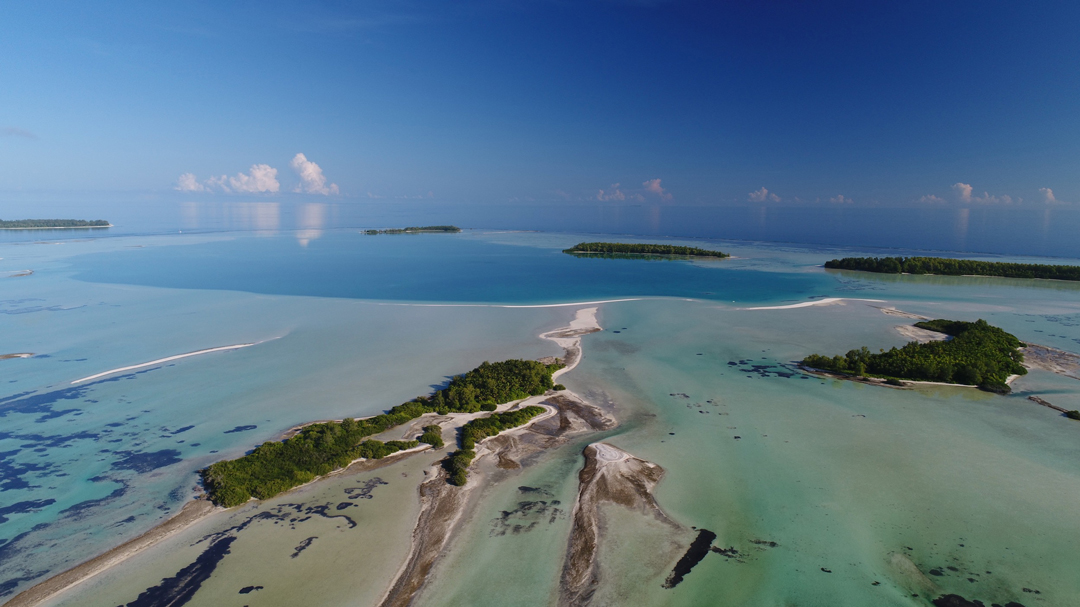 St Joseph atoll with Paul island in the foreground. Photo by Michael Scholl | © Save Our Seas Foundation

Fast forward to 2017. I’m a PhD student and English is my daily and professional language. I not only speak, write and think in English, I even dream in English. This is quite normal for non-native English-speaking grad students, as English is the scientific language and we are obliged to be fluent in it. In August last year, I was contacted by the Swiss national TV (SRF) because they were interested in my work in Seychelles. After many e-mails, Skype meetings and WhatsApp calls, February 2018 approached and the SRF crew and I left for Seychelles. And that’s when it hit me. Swiss TV? Does that mean I’ll have to explain my work in Swiss-German? I freaked out… Suddenly I realised that I have no clue how to say the most basic words relating to my work in my own language! For example, what’s a shark nursery in German? Hai-Geburtsstätte? Or Hai-Kinderstube? What about a gill net? Or even worse, what are the proper German names of my two study species? 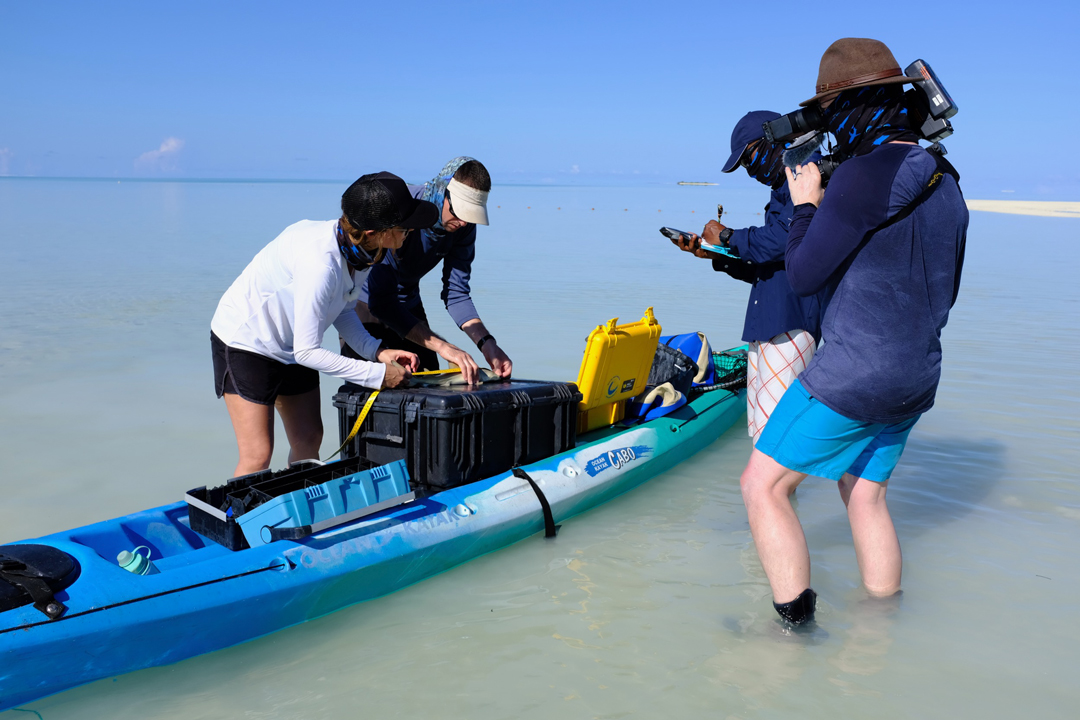 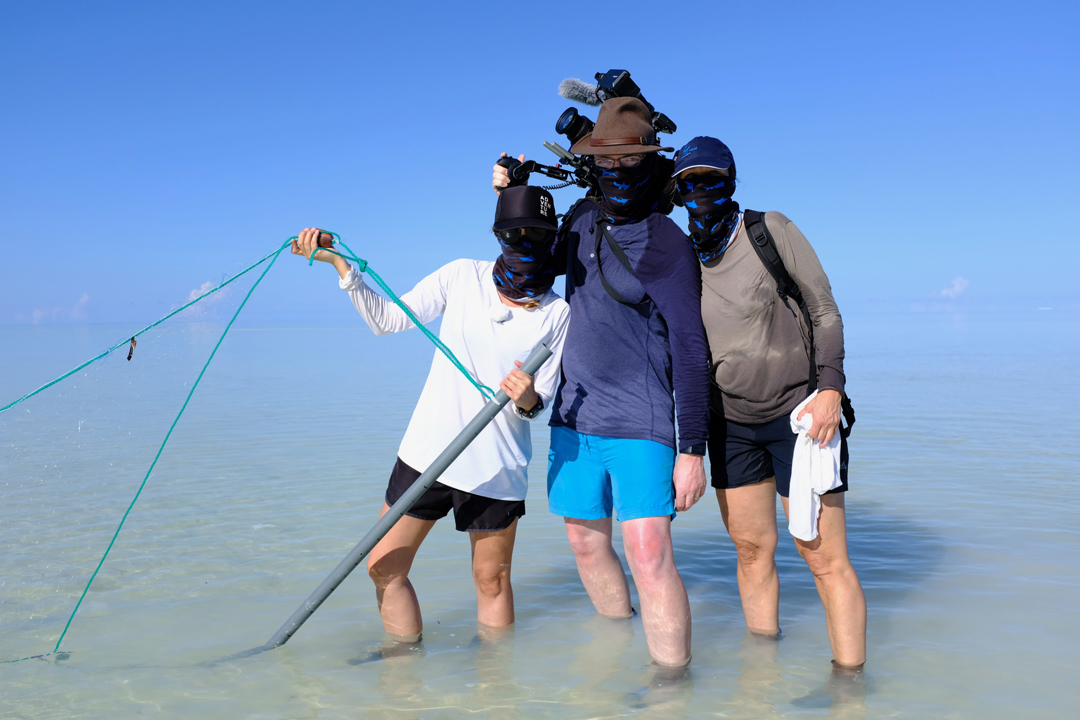 The Swiss TV crew and Ornella during their shoot in the St. Joseph atoll. Photo by Michael Scholl | © Save Our Seas Foundation 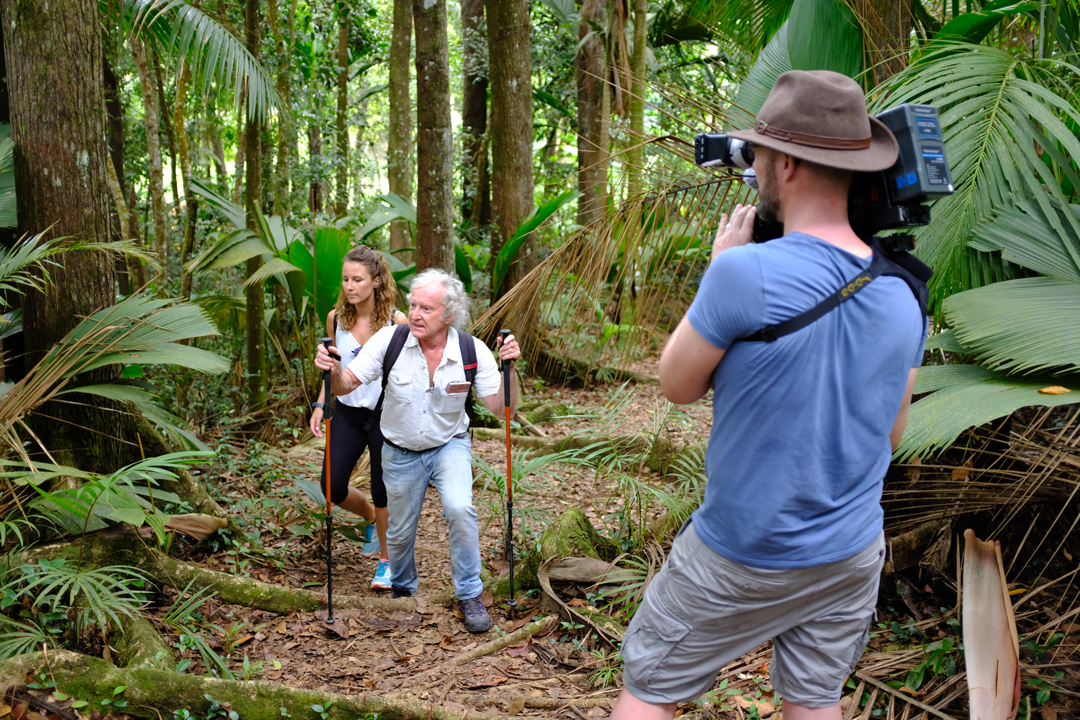 Dr. Karl Fleischmann shows Ornella the Seychellois forest he studied for many years. Photo by Michael Scholl | © Save Our Seas Foundation 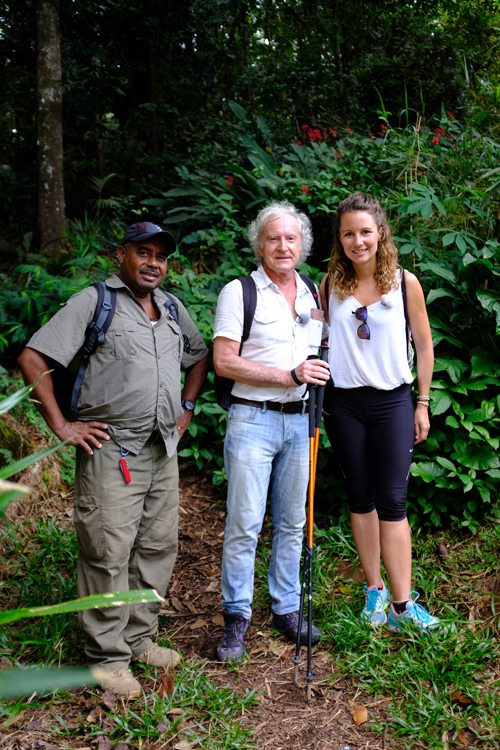 Terence Vel and Dr. Karl Fleischmann of the University of Seychelles and SOSF project leader Ornella Weideli exploring the forest on Mahé. Photo by Michael Scholl | © Save Our Seas Foundation

Luckily, I was working with the most fantastic and professional film crew, who showed great sympathy and respect for my little language issue. Every so often I had to interrupt to ask the producer or the cameraman how to say certain words, or we used handy Google to find the best ones. All in all, it was a very interesting project and I can’t wait to see the final documentary. Watching myself struggling with the most basic Swiss-German words will make me laugh out loud for sure.