When I was first developing a potential project for monitoring deep-water sharks in Belize, implementing an arm workout wasn’t in my plan. Having now completed 43 hand-deployed deep-drop sets ranging in depth from 300 to 550 metres, I have added push-ups to my ‘to do’ list. 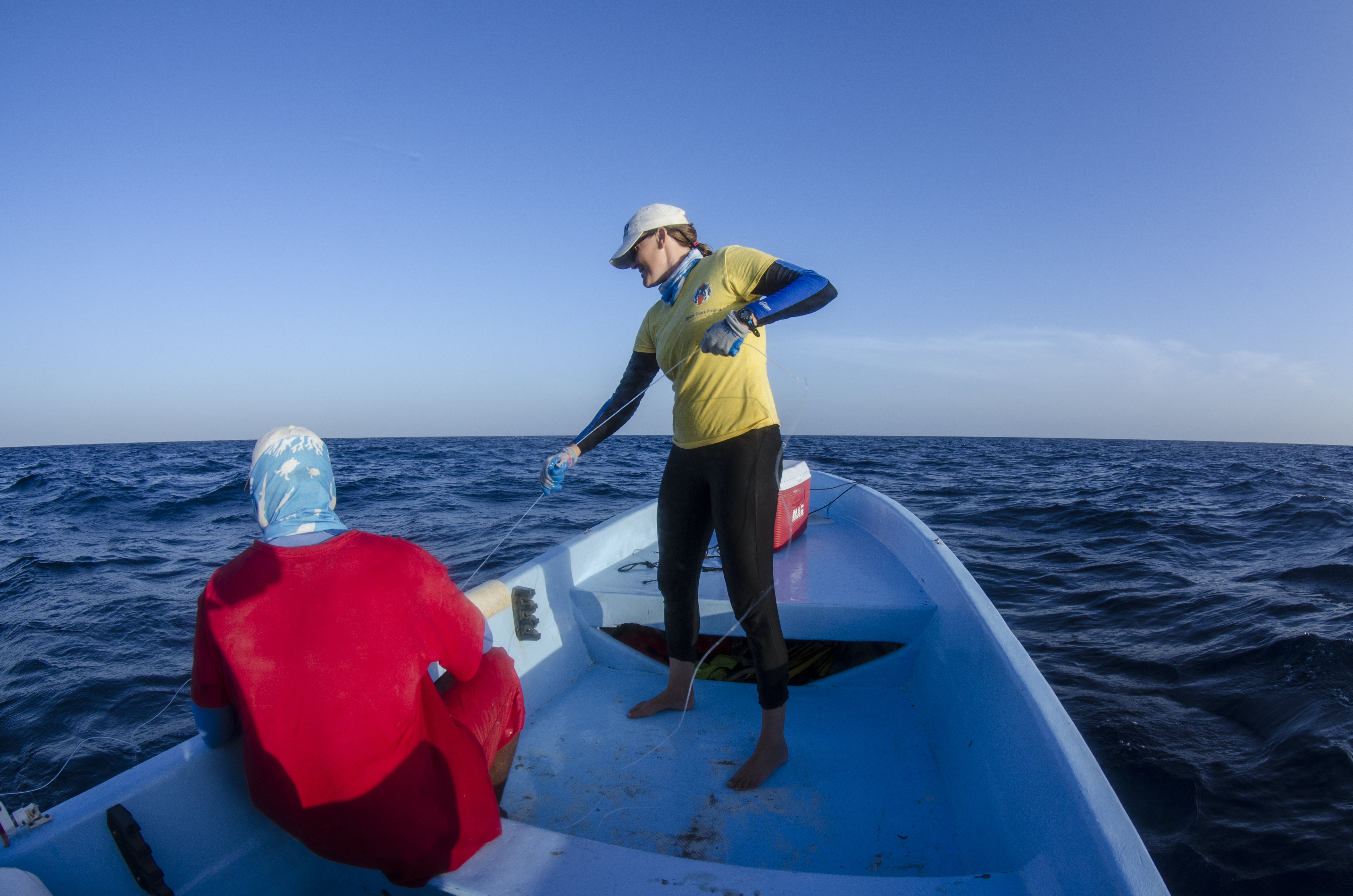 Commercial deep-sea fishing in Belize is largely artisanal and many of the fishers use single vertical lines that terminate in multiple hooks. They mostly deploy the weighted line quickly from a spool and retrieve it by hand, though a few of them use winches or electric reels. Called ‘deep drops’ by the fishers, this is a fast, if labour-intensive, way to catch large fishes, such as snappers and groupers, that don’t occur in shallow coastal waters. Amazingly, the bathymetry of Belize’s waters enables fishers to conduct deep drops within a few hundred metres of reef in some areas. As fewer and smaller fishes are being found in coastal and near-shore areas, many more fishers are turning their eyes to deeper waters.

The deep-drop fishers are also encountering deep-sea shark species, many of which hadn’t been recorded in Belizean waters. Around the world, deep-sea fisheries are often well-established and fishes are overexploited before scientists and conservation managers even know they are there. As fishing effort increases, it is likely that the age-old story will be repeated here in Belize. We are hoping to change this by monitoring deep-sea fishes, and especially sharks, before they become heavily fished. 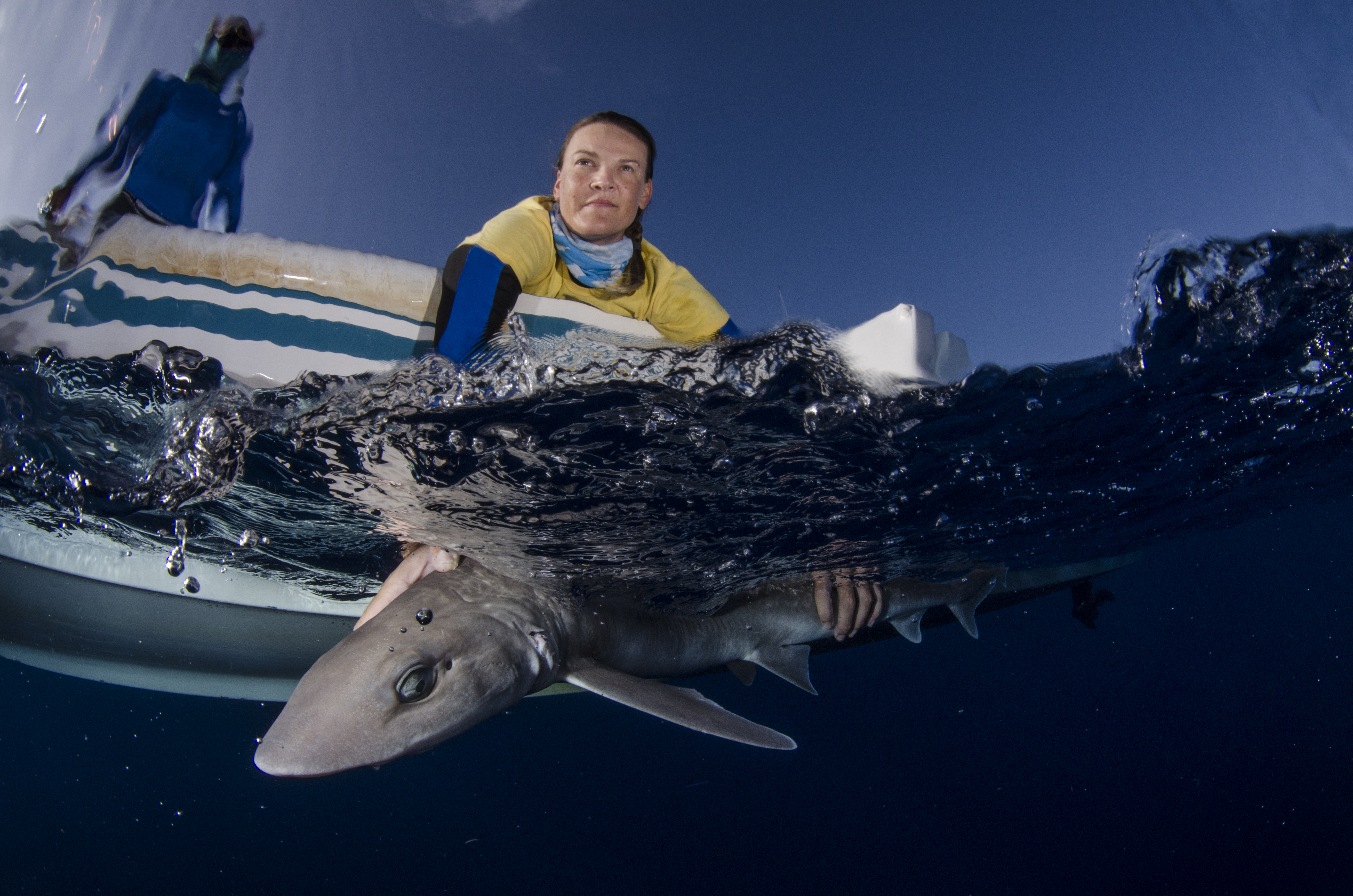 In order to classify deep-sea shark species that occur in Belize, my organisation MarAlliance and I are working with local fishers and guides to capture, tag and release sharks from waters deeper than 250 metres. It is our hope that our simple methods, modelled on traditional deep-drop fishing, can be replicated by other researchers in developing countries to monitor deep-sea fishes.

In April and May this year, we deployed our first deep-drop sets at Turneffe Atoll and Lighthouse Reef Atoll in Belize. A stiff east wind and rough sea conditions kept us off the windward locations we were targeting during the nearly five weeks we spent in the field. Finally, on the very last day of field work at Lighthouse Reef Atoll, we were able to reach the windward side of Halfmoon Caye. Success! We captured three smoothhound sharks Mustelus sp. (possibly Mustelus canis, M. c. canis, M. c. insularis, or other) from a depth of nearly 450 metres. Though our initial efforts produced only a few sharks, these data will contribute to the scarce knowledge of this Near Threatened species. And of course, zeros are data too! When describing the ranges of species, it is just as important to know where they do not occur as well as where they do.

With this initial success, I am looking forward to the coming months as we will be increasing our efforts (and our biceps) throughout the deep waters of Belize. I can’t wait to see what we find on our next deep drop! 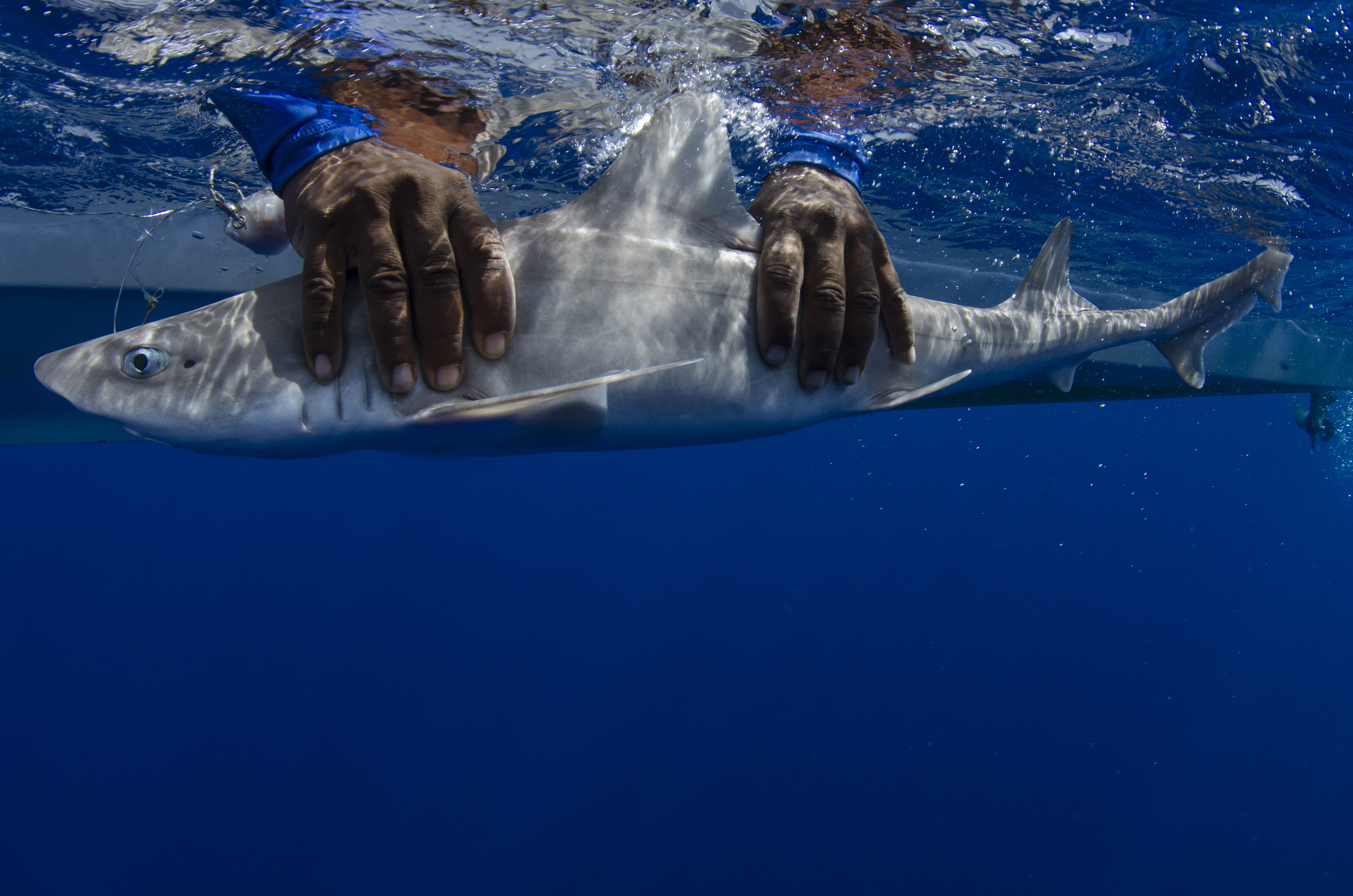