This may seem obvious, but when conducting science to inform the management of a particular species, it’s important to know what species you’re working with. Species that are physically identical (or nearly so) sometimes have ranges that overlap in time and space and this can present researchers with myriad challenges. Confusing one species with another can give misleading perceptions about migration patterns, genetic connectivity, and abundance, and if these results are used to inform conservation and management efforts, we can end up setting conservation goals and harvest limits that are inappropriate for biology of the species. This is the opposite of what we aim to do in conservation science! 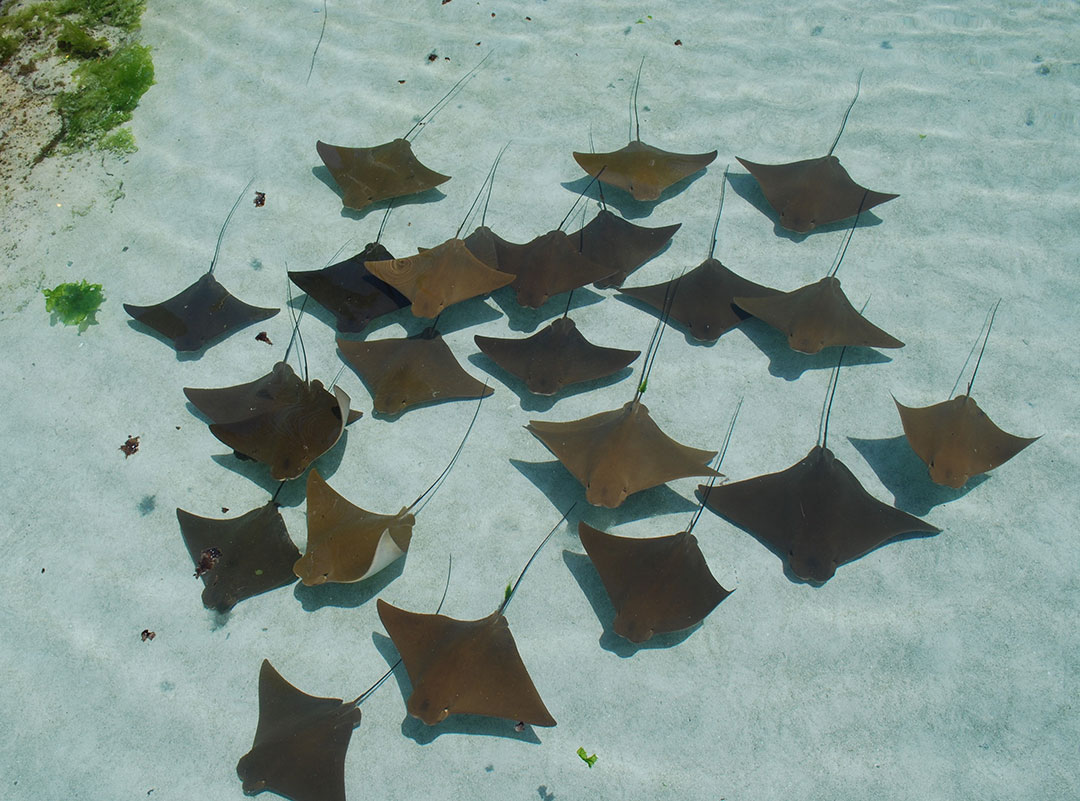 The project that I’m working on with the Save Our Seas Foundation aims to develop genetic-based tools to help assess the conservation status and population trends of cownose rays along the US East Coast. There are several species of cownose ray in the world, but my research focuses specifically on Rhinoptera bonasus, which is the primary species in the region. Though other species of cownose ray have been observed along the US East Coast, the occurrence of species other than bonasus was thought to be rare. That is, until recently.

Rhinoptera brasiliensis is another species of cownose ray that is nearly physically identical to R. bonasus. Save for rare exceptions, it was thought to inhabit a very restricted range off the coast of Southern Brazil until 2017 when a group of scientists from the NOAA Southeast Fisheries Science Center published a paper documenting the presence of R. brasiliensis in the Gulf of Mexico, thousands of miles north of the area it was thought to occupy. Then, earlier this year, the documented range of the species was further extended when researchers from the University of Southern Mississippi (USM) used genetic methods to discover that the range of R. brasiliensis extends beyond the Gulf of Mexico all the way to the East Coast of the United States!

This finding immediately added a layer of complexity to my research, because the first (critical) step of my project is to delineate patterns of genetic connectivity in R. bonasus along the US East Coast. If there are two species in the region rather than one, then I need to make sure I know the species of each of my tissue samples to avoid drawing the wrong conclusions.

Fortunately, the timing was such that I was able to adapt my experimental design to account for the presence of a second species of cownose ray. Briefly, I replicated the genetic methods of the researchers from USM to determine how many of our tissue samples came from the target species (bonasus) and how many were actually the second species (brasiliensis). Interestingly, of the 70+ samples I genetically identified from the east coast of Florida, over half were found to be R. brasiliensis! This suggests that the prevalence of R. brasiliensis along the southeast US coast may be even greater than we realize. 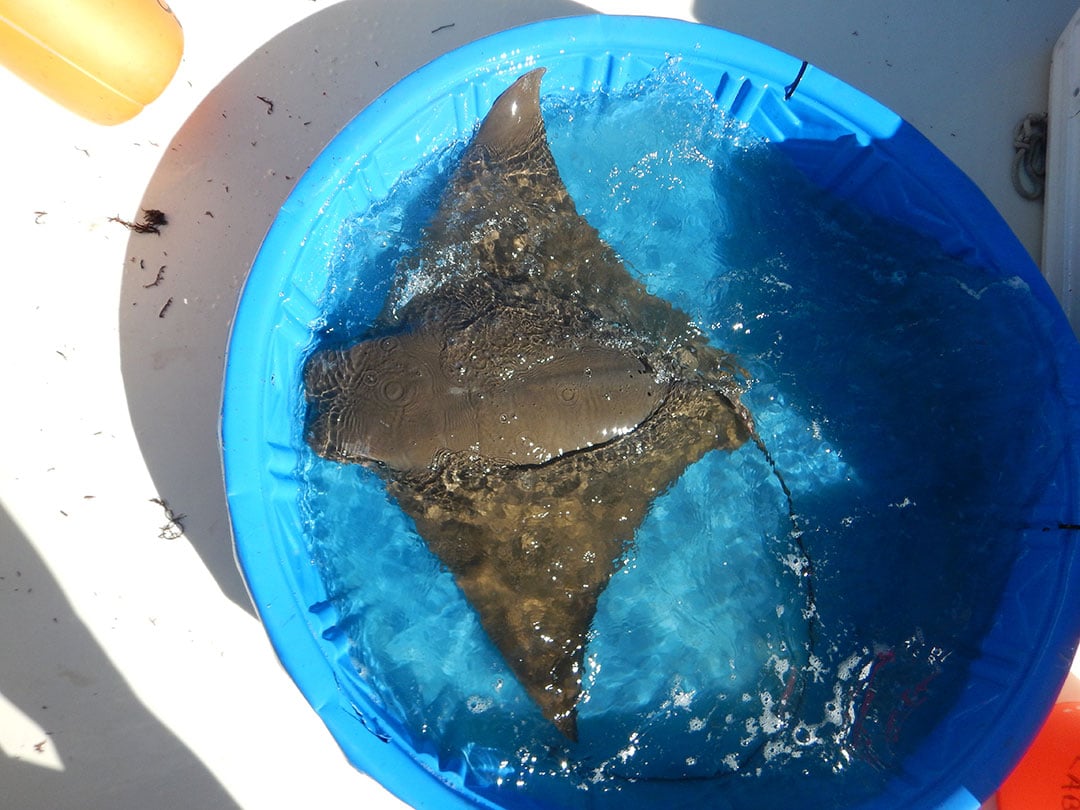 A cownose ray being temporarily held prior to genetic sampling and release. It is impossible to tell which species of cownose ray it is just by looking. However, researchers will take a small fin clip from the animal that we can use to extract DNA and genetically determine which species it belongs to. Photo © FAU-HBOI FEC Lab.

Discovering a second species in a location where it was thought to be absent or rare leaves many questions to be answered: exactly how prevalent is R. brasiliensis off the coast of Florida? How far north does its range extend? Does it hybridize with R. bonasus? When physically similar species overlap it can certainly cause headaches for researchers, but it also opens the door to many exciting questions and possibilities.