Dancing with the devil

Manta rays are a true spectacle to behold. While the gracefulness and ease with which they fly through the water charms any diver who encounters them, it is also their sheer size, dynamic shape and unique belly markings that make diving with them such a visual pleasure. So when a manta ray decides to grace you with its presence, every moment is savoured – even if those moments are spent desperately finning after it! One beat of those wings and you are left trailing 10 meters behind!

Although we have been fortunate enough to swim with multiple manta rays here at D’Arros Island, there is one in particular that none of us will forget. After slogging it out in the field for a day, we decided to go snorkelling – and boy, were we in for a treat. Jomba, as he shall forever be known, did not limit us to a fleeting interaction, but rather appeared to be as curious of us as we were of him. Performing multiple somersaults, weaving between us within an arm’s reach and flying belly up beneath us – to give us a good once over – Jomba danced with us like a true African prince. 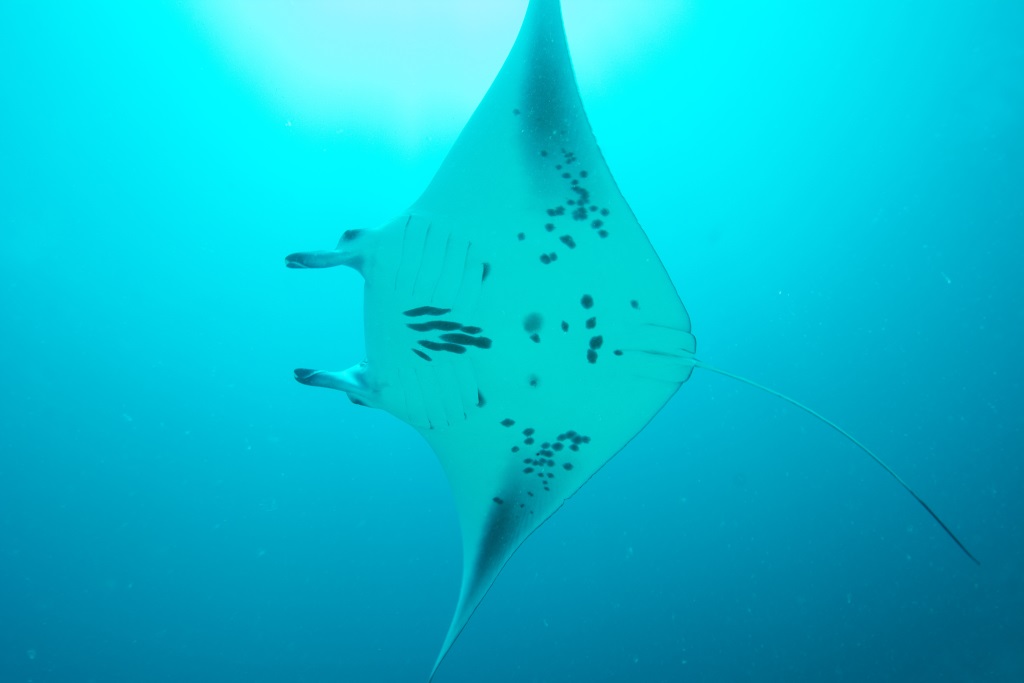 The unique spots on a reef manta ray’s belly. Photo by Chris Boyes | © Save Our Seas Foundation

D’Arros Island sees reef manta rays off its shores year round, with 105 individuals having been identified within the Amirantes by the Save Our Seas Foundation’s D’Arros Research Centre. Individuals can be identified based on their unique markings located on their belly and ventral surface, which are similar to the spots of a Dalmatian dog. Reef manta rays have a wingspan of three to four metres on average, and they belong to the devil ray family (named for their cephalic fins, which look like horns when rolled up). There is also a manta ‘cleaning station’ off the shores of D’Arros Island. It consists of a coral outcrop where the mantas come to have their parasites removed by cleaning fish.

In recent years, manta rays have come under increasing pressure from fishing for their highly sought-after gill plates, and given their slow rate of reproduction, this could prove to become a serious issue. In order for us to continue ‘dancing with the devil’, we need to further our understanding of these beautiful creatures and ensure their protection for generations to come. 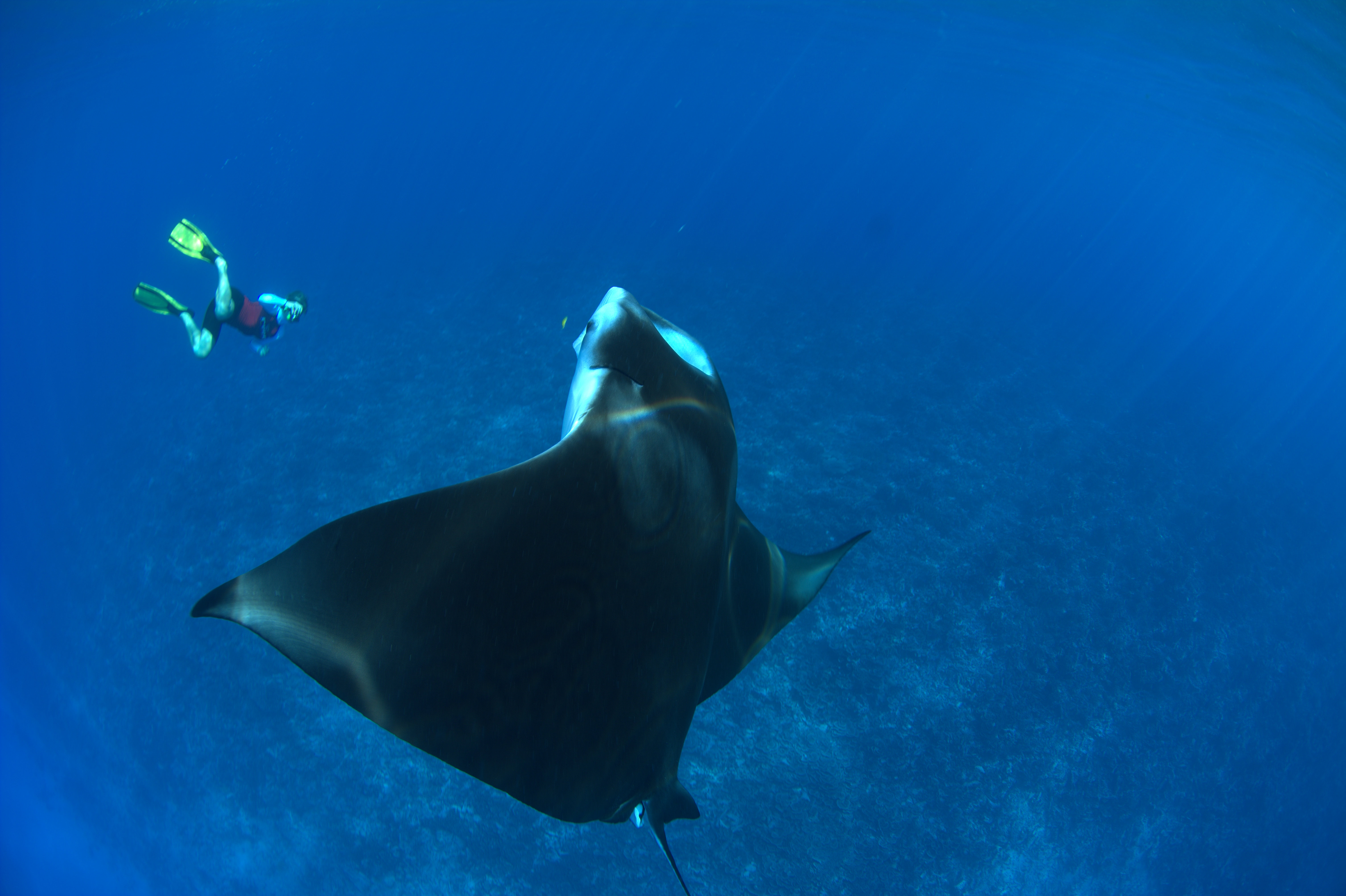 Taking an ID picture of a reef manta ray’s belly. Photo by Chris Boyes | © Save Our Seas Foundation