In the last couple of blog posts, we established that there’s much more involved with sawfish environmental DNA (eDNA) research than simply taking water samples, sending them to your genetics lab, and magically finding out if your target species was detected. Taking steps to avoid false negatives (e.g., using an appropriate filter pore size and the most sensitive droplet digital PCR techniques, filtering a large enough volume of water) and false positives (e.g., rigorous primer testing, avoiding contamination) is key, especially when conducting research on rare species that require special management and conservation actions. The goal of this post is to take a step back to discuss the unique collaborative nature of eDNA research. 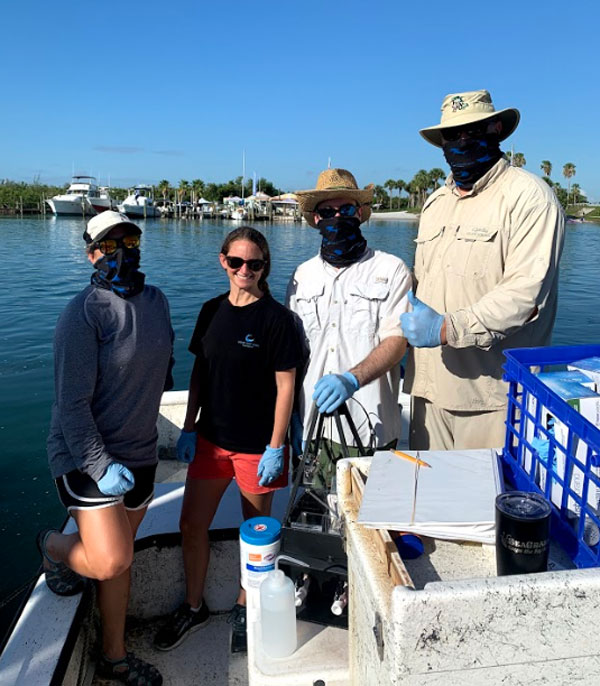 The “science” itself is the other half of the equation. During the planning stages of any collaborative project, but especially eDNA work, it’s not just about reconnecting with established collaborators or reaching out to people you know from meetings etc., it’s also about thinking ahead and asking tough questions such as: Are there other researchers asking similar questions? If so, do the study areas overlap now or might they in the future? In the case of sawfishes, will the resultant data potentially be used for recovery planning?

If you keep the science the priority, the people part of the equation will hopefully work itself out. What’s best for the science should always drive decision making during planning and collaboration development stages. Figure by Gregg Poulakis.

The answers to these questions may lead you in unexpected directions, potentially to new collaborators (can be scary!), and may require revision of your initial ideas. Admittedly, this process takes time, which is often in short supply for busy researchers, but it’s worth it—for the science. For this project, this meant moving away from one established collaborator and toward a new one to ensure that the usefulness of the results was maximized. As you might imagine, this process was not easy, but being open to the conversation from all sides was imperative—again, to conduct the best possible science.

As it turns out, Dr. Nicole Phillips and her graduate student Ryan Lehman at The University of Southern Mississippi were asking similar questions about the smalltooth sawfish in northern Gulf of Mexico waters as we were in Florida. Quickly, we realized that eventually, our results would need to be combined to inform ongoing recovery planning efforts. It wouldn’t have made any sense for our labs to be racing to the finish line or duplicating efforts, right? Clearly, the species would benefit if we used the same field and lab methods. So, a new partnership was formed, and we have been working together to benefit the science ever since.

If you keep the science, which in this case includes the conservation of the species, the priority, the people part of the equation will hopefully work itself out. Combine and conquer.

Because the field of eDNA research, including work focused on sawfishes, is moving so fast, some of the results of our work have recently been made available as a preprint titled “An environmental DNA tool for monitoring the status of the Critically Endangered Smalltooth Sawfish, Pristis pectinata, in the Western Atlantic.”

That’s it for now but look for updates in an upcoming blog that will contain some preliminary results from our field sampling!