In the Marine Genomic Biodiversity Lab (Fig. 1), led by Dr Nikolaos Schizas, we are studying the diversity of sharks of Puerto Rico.  Sharks are apex predators in most marine ecosystems, yet there is a near-complete absence of data on the variety of shark species caught commercially and incidentally in Puerto Rico. We collected shark tissues by visiting fish markets every week. The focus was on collecting samples of shark meat from these markets but in order to increase the number of samples, we also began visiting restaurants, where shark meat was also consumed. 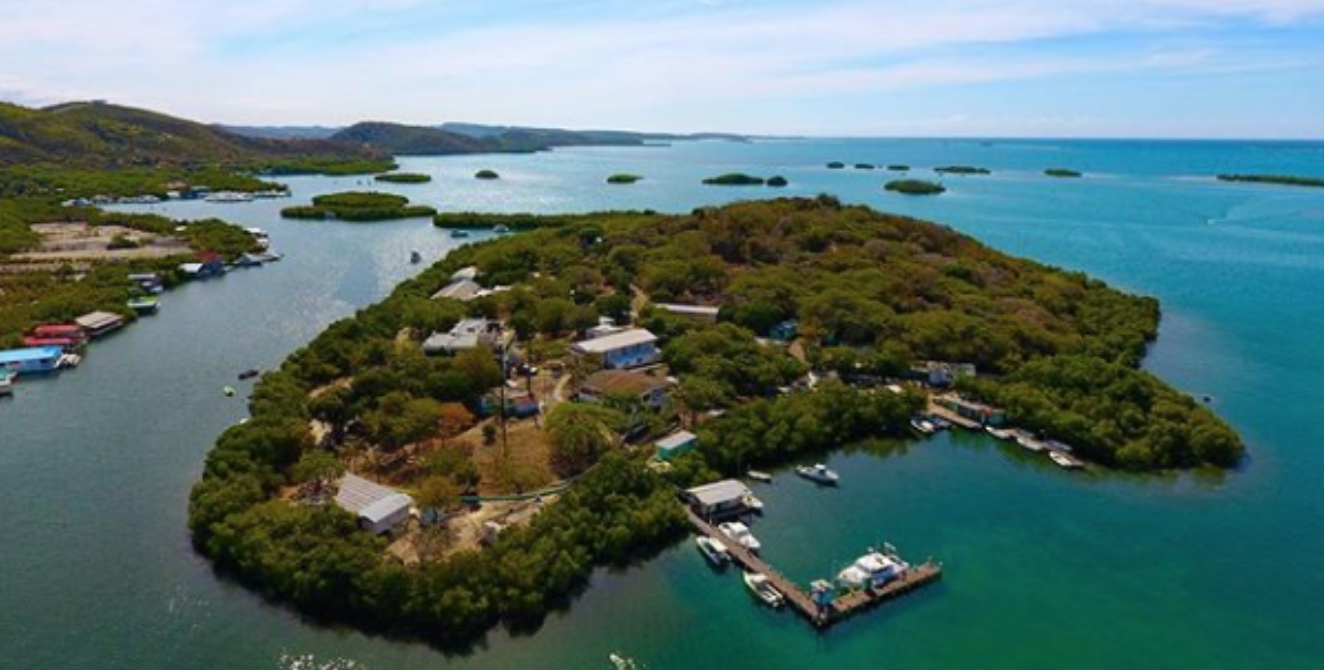 Isla Magueyes – The Field Station was established in 1954 in support of marine science research and education for the academic programs of the Institute of Marine Sciences, now Department of Marine Sciences of the University of Puerto Rico at Mayagüez.

During the fish market sampling, we would ask fishers to describe their catch, and we would verify if shark meat was present. With the approval of the fishers, we would collect a tissue sample from the shark catch. The majority of the samples were collected from shark filets, although sometimes the whole shark was still intact, this was not common. When the opportunity arose to observe the whole specimen, we would measure it, verify gender and take pictures. Meanwhile, when we visited the restaurants, we would check the menu and order the shark dish raw, or plated, but sometimes the restaurant would give us some tissue without having to order it. 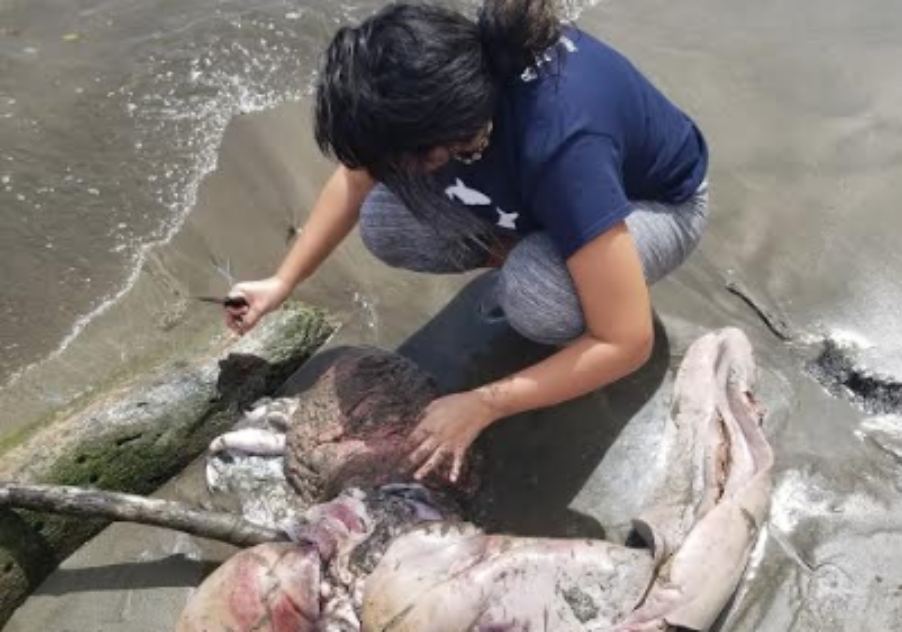 Glorimar Franqui collects stomach contents and organs from a shark discarded near a fish market.

Some samples were taken from the remains of sharks or shark organs left in the seashore. We would verify through necropsy the species, if possible, and then we would proceed with collecting tissue, sometimes collecting from stomach contents and other organs (Fig 2).

Sharks found on the beach in Aguadilla, Puerto Rico.

This project is the first of its kind in Puerto Rico. This project is important because it allows for a direct connection between scientists and fishers, while also allowing for a chance to educate fishers, market and restaurant owners about the importance of shark conservation. Thus, with every sampling, the students involved learn how to better communicate these scientific objectives with fishers, which in turn creates stronger ties within this community.