Mar Sustentable Ciencia y Conservación has been working on marine communication and environmental education in the Mexican Caribbean since 2015. As part of this work, the support of the Save Our Seas Foundation allowed us to start developing virtual workshops in Mexico for children interested in the conservation of sharks and marine biodiversity in collaboration with Fundación Mundo Azul. 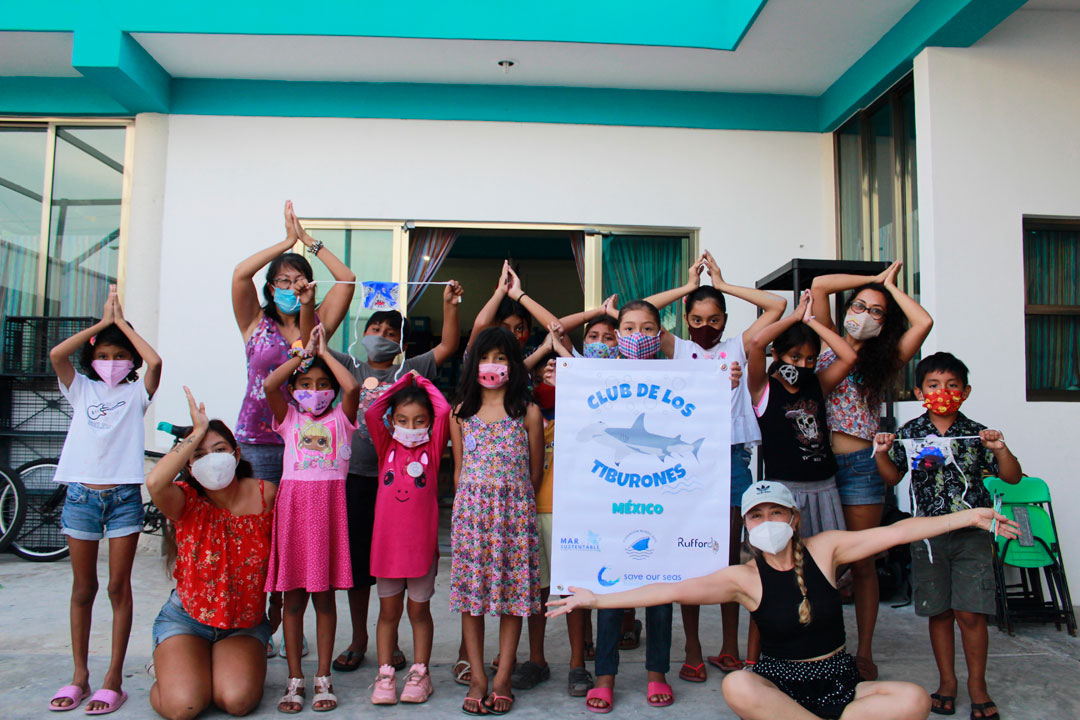 The Fundación Mundo Azul has been working since 2020 to develop virtual workshops for children focused on the conservation of sharks. These workshops have reached Guatemala and 13 other countries in Latin America and the Caribbean, reaching over 900 people. Through this collaboration with Mar Sustentable, we aim to promote knowledge and appreciation for sharks for new generations in the Mexican Caribbean.

Our workshops aim to disseminate Mar Sustenable’s work on the coastal exploitation of sharks at Holbox Island, Cozumel, and Isla Mujeres. Changes in biodiversity and the availability of fishing resources in these areas are being studied by our team and over time we believe that these workshops will help us to spread knowledge about sharks to young generations living in the Mexican Caribbean. We are deeply grateful to the Save Our Seas Foundation for their support in this environmental education work.

General Objective of the Workshops: Promote the conservation of our marine resources and sharks in the Mexican Caribbean through virtual and dynamic workshops guided by Mar Sustentable and Fundación Mundo Azul.

Four face-to-face sessions happened at the “Art Power” School of Art in Cozumel, Quintana Roo. Free activities are held here to involve children to develop their creativity. Its founder, Anita Yeh Norrie, aims to promote children’s creativity in populations of children who have economic limitations to access art-related activities. During the launch of the workshops, 21 children from different country states and some foreigners registered for six virtual sessions on Zoom.

In the first session, we had 15 participants; from the second session until the end, 12 children attended (9 boys and three girls). The age range of the participants was five to ten years.