Catface rockcod – are they stayers or movers?

This question has puzzled marine scientists at ORI for some time. If a container falls off a ship and comes to rest on a sandy bottom in a depth of 10-30 m anywhere off the KwaZulu-Natal (KZN) coast and you go and dive on it two weeks later, what fish species would you find on it? Almost guaranteed, one of the first species to take up residence is a catface rockcod. But how did they find this new home? As with virtually all rockcod, and as their name implies, they are fish closely associated with reefs. Their ability to locate new habitats suggests that they must have some sort of ranging movement behaviour, which includes traversing large sandy areas between reefs. There have also been anecdotal reports of spearfishers seeing shoals of catface swimming over the sandy seabed, far from reefs. 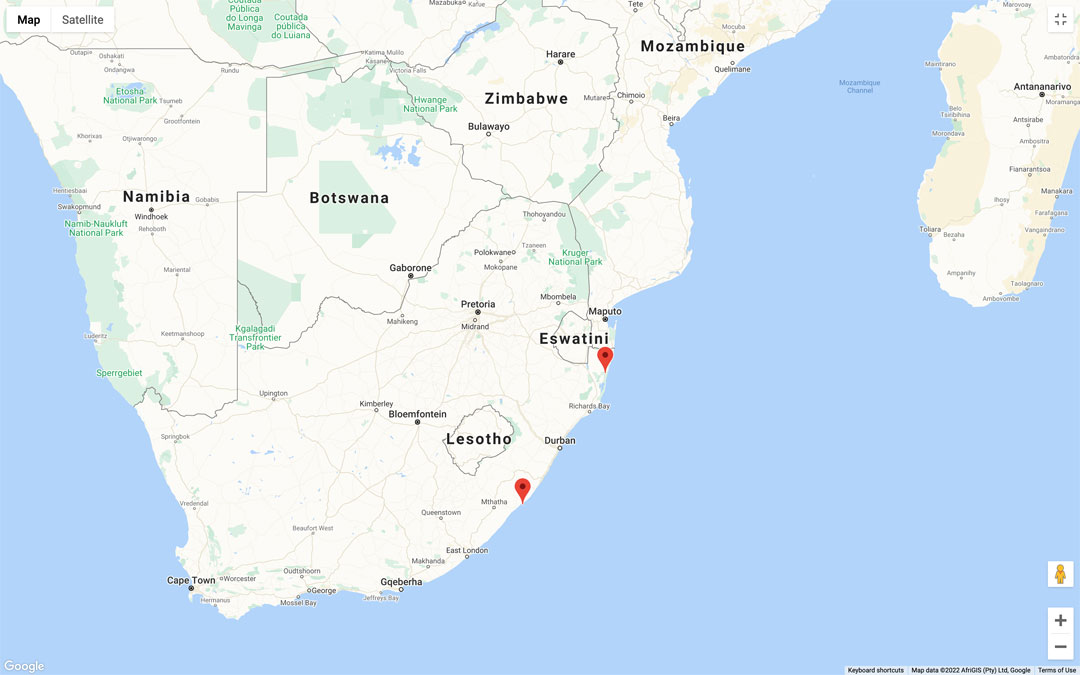 Also puzzling, long-term research-fishing in both the Pondoland and iSimangaliso Marine Protected Areas (MPAs) has shown that catface rockcod are more abundant on exploited reefs than they are on protected reefs within no-take areas. The reason for this is difficult to explain but we suspect that, because of their movement behaviour, they can seek out and occupy vacant niche spaces where more resident species such as yellowbelly rockcod or speckled snapper have been removed by fishing.

A catface rockcod gets prepped for surgery (left). Acourstic transmitters with a battery life of just over three years were chosen for this study (right). Photos © Bruce Mann.

Scientists then turned to the ORI Cooperative Fish Tagging Project (ORI-CFTP) to look for answers. To date, 3757 catface rockcod have been tagged and 888 (24%) have been recaptured using external dart tags in the past 36 years (1984-2020). Preliminary analysis of these data suggests that catface rockcod are highly resident (average distance moved is only 6 km) but a small percentage of the population (~5%) do undertake long-distance movements of up to 525 km. However, an interesting clue in these data shows that the time at liberty for most recaptures is surprisingly short (an average of only 172 days). This may mean that they are not remaining residents in the same place for extended periods of time. 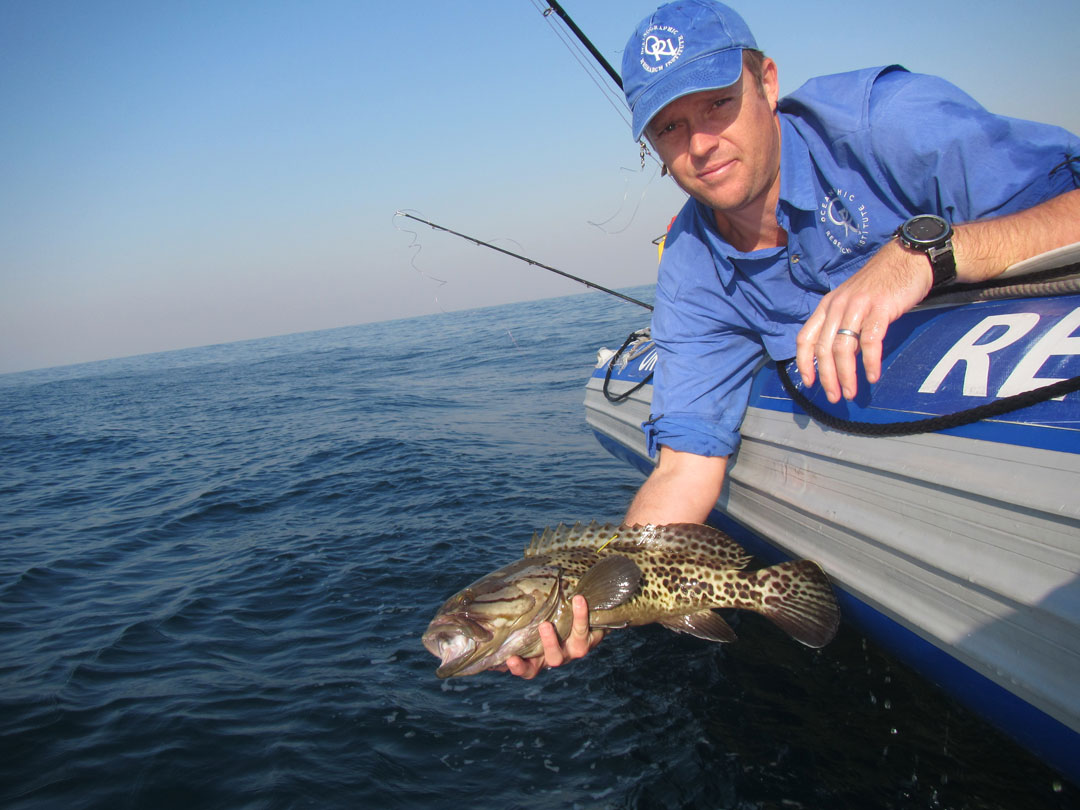 The next step in solving this intriguing mystery was to use cutting edge technology in the form of acoustic telemetry. With funding from the African Coelacanth Ecosystem Project (ACEP) through ORI’s Connectivity And dispersal between protected areas (CAPTOR) project, 20 V13 acoustic tags were purchased. Using the Acoustic Tracking Array Platform (ATAP) administered by the South African Institute for Aquatic Biodiversity (SAIAB) (which now includes an array of over 50 VR2W acoustic receivers deployed strategically along the KZN coast), 20 catface rockcod were tagged, 10 in the Pondoland MPA and 10 in the iSimangaliso MPA. The fish were tagged in 2018 and the lifespan of these little tags is only three years so by October 2021 the tags will have all expired. We therefore recently requested and promptly received a data report from ATAP summarising the detections of our tagged catface rockcod. We are looking forward to analysing these data soon to see if we can shed any further light on whether these fish are “stayers or movers”, so watch this space!