BRUVS in the navel of the world

Te Pito O Te Henua, or the navel of the world, is the ancient name of Easter Island and it came from the local idea that the island unites the force of the universe with the force of the earth. Being in the middle of the Pacific Ocean, Easter Island is one of the most isolated inhabited islands in the world and therefore its marine ecosystems have been little studied in comparison to other locations in the Pacific.

Reef fishes are an important component of marine biodiversity and the structure of their communities is known to vary seasonally and spatially due to biotic and abiotic factors. In order to characterise the biodiversity of the pelagic fishes and their spatial and seasonal variability around Easter Island, the research group Ecology and Sustainable Management of Oceanic Islands (ESMOI), in collaboration with the Save Our Seas Foundation and Idea Wild, conducted Baited Remote Underwater Video System (BRUVS) surveys to provide the basis for management and conservation plans. 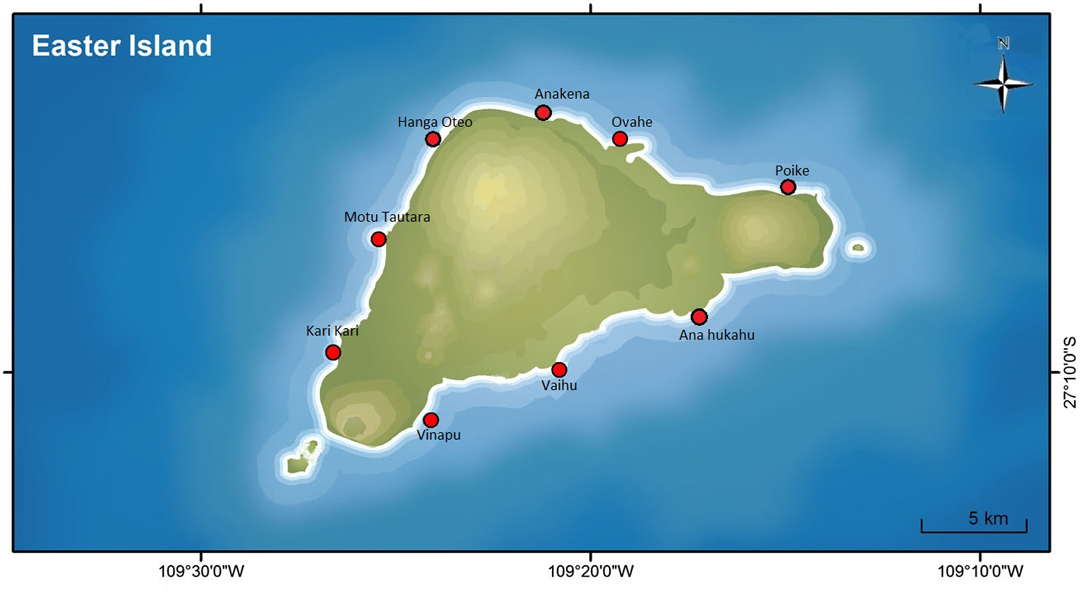 During this one-year study we found considerable pelagic community dissimilarities among seasons and sites. Seasonal variation was driven by significant differences in fish assemblages in winter, especially at two locations, Vaihu and Vinapu, where the island is more exposed to wave energy. The main difference was the regular occurrence of juvenile sharks at these sites, which we suspect are being used as a nursery area by the Galápagos shark Carcharhinus galapagensis. Top predator species such as the yellowtail amberjack Seriola lalandi, the black jack Caranx lugubris, the white trevally Pseudocaranx dentex and the yellowfin tuna Thunnus albacores were also very abundant on the south-eastern side of Easter Island between Vaihu and Poike. The most south-easterly part of the island could therefore represent a very important area for conservation efforts. 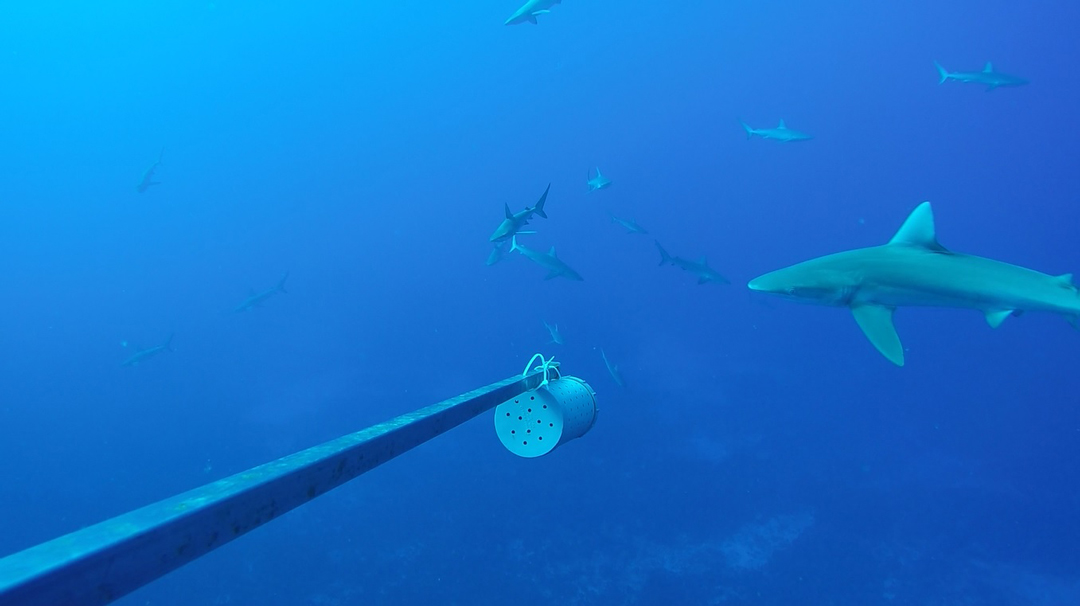 A group of Galápagos sharks approaching the bait of a BRUVS near Vaihu, Easter Island. Photo © Naiti Morales During this study we were also able to sample other marine species, such as the green turtle Chelonia mydas and the humpback whale Megaptera novaeangliae. Green turtles were observed in different locations, and reports have confirmed that this species is resident around the island year-round. However, no reproductive activity has been recorded to date. Humpback whales are seen at the island between May and November each year when they are migrating from breeding locations in Peru to feeding sites in the Fueguian Archipelago, Chile. Some have shown parturition activity in the area. We were fortunate to observe a mother–calf pair in July, in the same week that one individual was recorded by BRUVS. 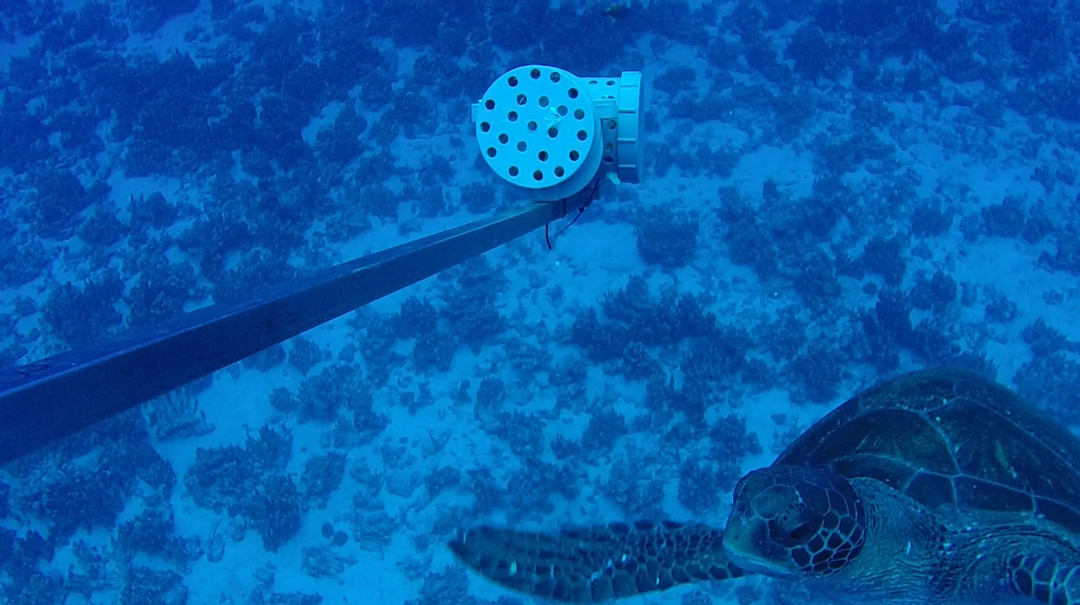 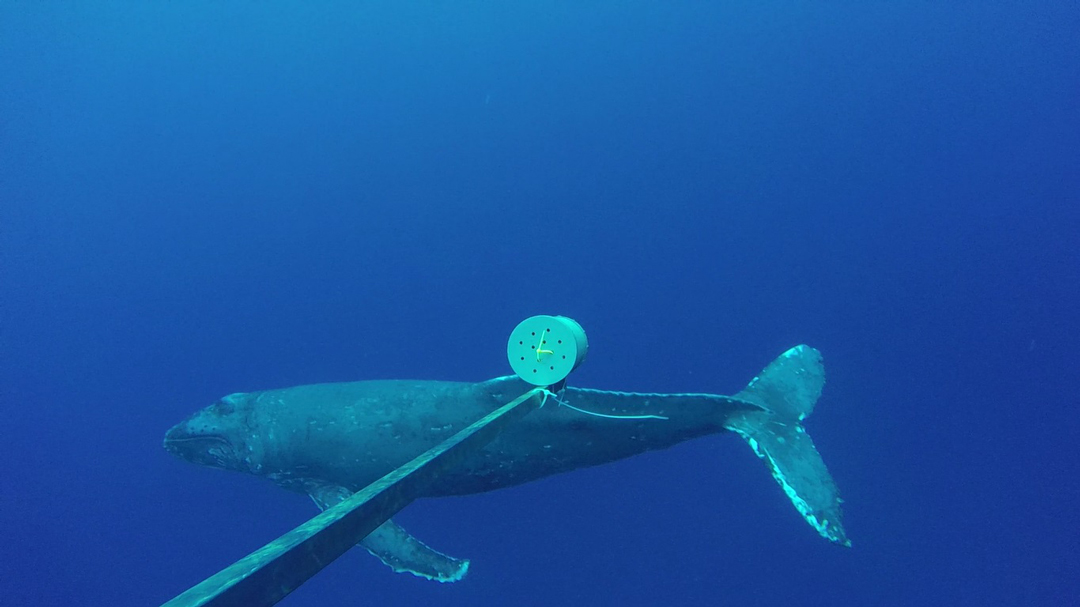 A humpback whale swims past the camera at Easter Island. Photo © Naiti Morales

The recording of all these species suggests that the use of BRUVS is effective in the study of cryptic but charismatic marine animals that are usually difficult to study by means of more common methodologies such as an underwater visual census.