Brothers from another Ocean Mother

Individual sharks that belong to one species but occur in different locations can vary significantly in size, growth rate and life-history traits. Some species, such as the abundant and well-studied reef species, the blacktip reef shark Carcharhinus melanopterus, even show variations of up to 20 centimetres at birth in different locations. For example, the smallest blacktip reef shark measured at birth was 34 centimetres total length at Palmyra in the Pacific Ocean, whereas in Australia these sharks measure between 45 and 60 centimetres total length at birth.

We have just finished the fifth sampling season at St Joseph Atoll in the Seychelles (yellow star on map), resulting now in a total of 560 individual blacktip reef and sicklefin lemon sharks, 180 of which were recaptures. Looking at the five sampling periods held between November 2014 and October 2016, I found a very high variation in size at birth and in growth rate among the individual sharks. These findings could indicate differences in maternal investment and reproductive output and are worth investigating more thoroughly. 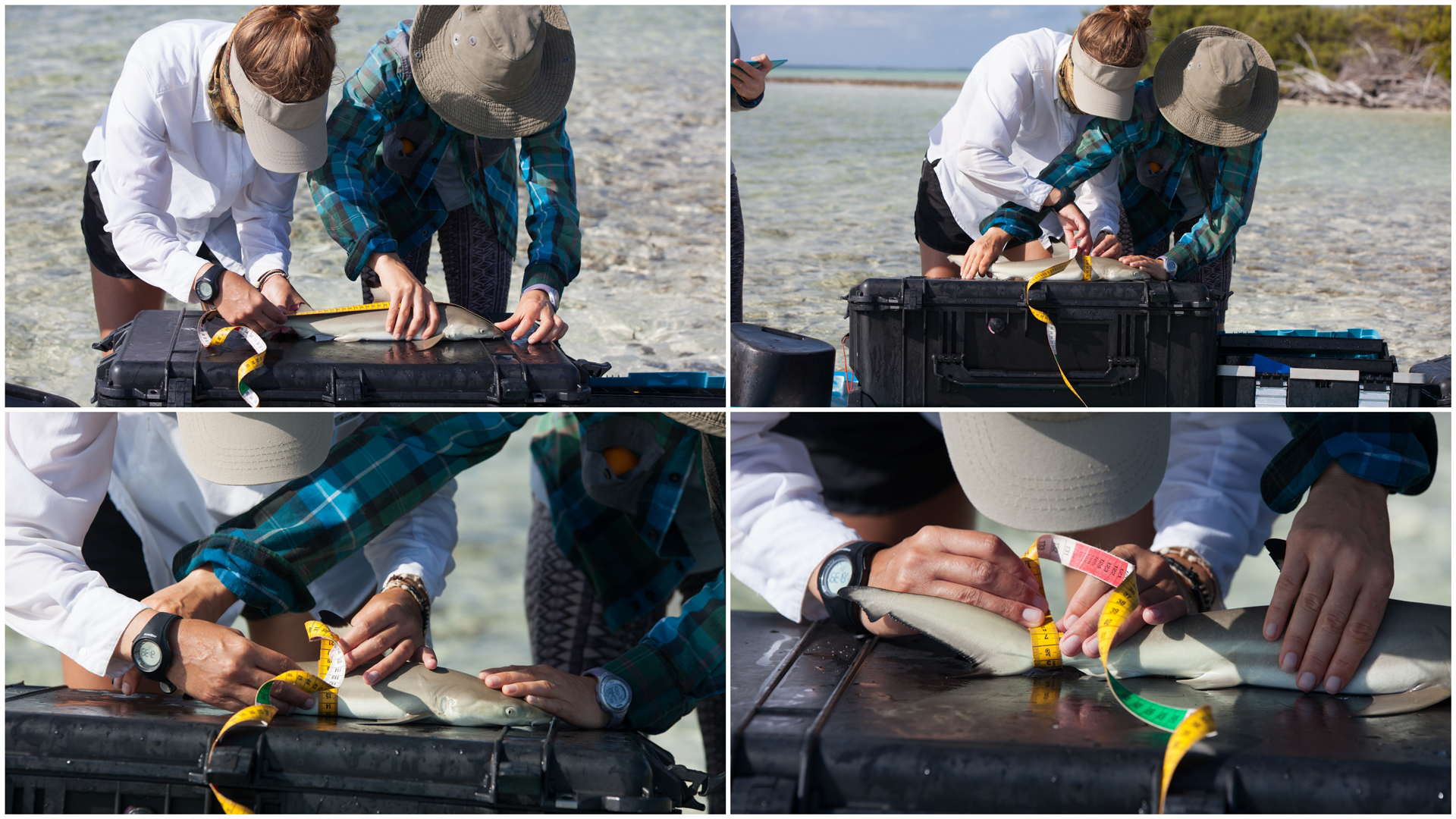 Taking the girth measurements of a juvenile blacktip reef shark at St Joseph Atoll in the Indian Ocean in October 2016. Photo by Ryan Daly | Save Our Seas Foundation

Luckily, I’ll be able to do this as part of my PhD because the field work at my primary site in the Indian Ocean is finished for this year and I’m now on my way to Moorea, French Polynesia, in the South Pacific (red star on map). Moorea, like St Joseph Atoll, is a nursery for juvenile blacktip reef and sicklefin lemon sharks and thus serves as a perfect location to compare different populations of these species in more detail. At the same time I’ll be conducting final experiments for another aspect of my PhD. 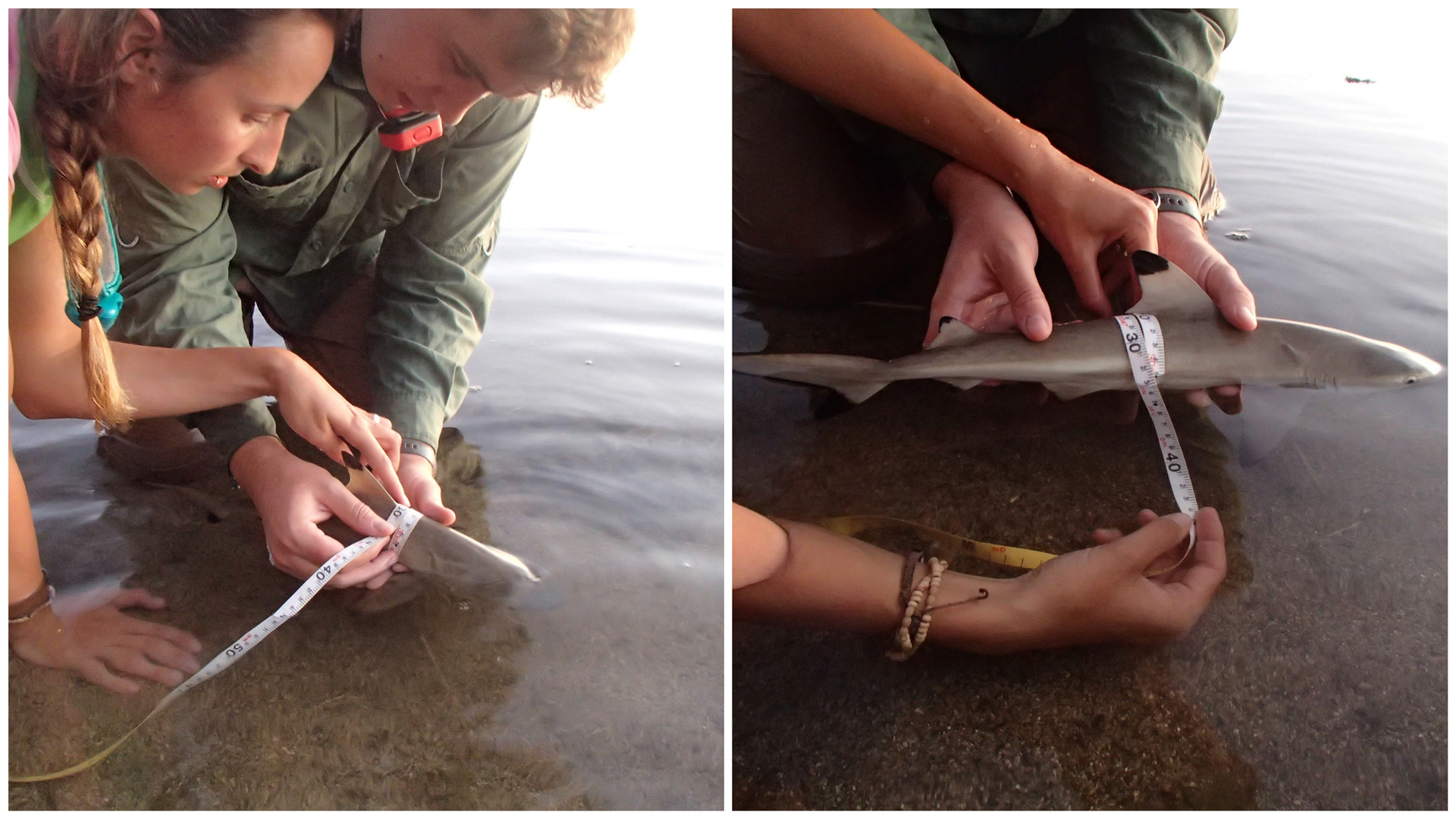 Taking the girth measurements of a juvenile blacktip reef shark at Moorea in the South Pacific in October 2016. Photo © Ian Bouyoucos | #physioshark

For the past two years, length and weight measurements of juvenile sharks have been taken simultaneously at Moorea and St Joseph Atoll. Now we are also starting to measure the sharks’ girth to get a better idea of each individual’s state of health. When my field work is complete, the analysis of these measurements of the same shark species in different oceans will help to shed light on the broader differences between individual sharks that belong to one species, but live in different oceans.

To read more about our shark projects in Moorea, follow us on #physioshark and upcoming blogs on my SOSF page.