When you think of what shark scientists do, it usually conjures up images of tagging sharks and tracking them. Your mind immediately goes to the classic images of a team of scientists working quickly to tag and release huge sharks, it’s always a beautiful clear blue day, there are high-fives all round as the shark swims away with its new tag in tow. But how often do you consider what happens after that? How do we use the data that we get from tracking tagged animals to inform science? Welcome to Bimini…! 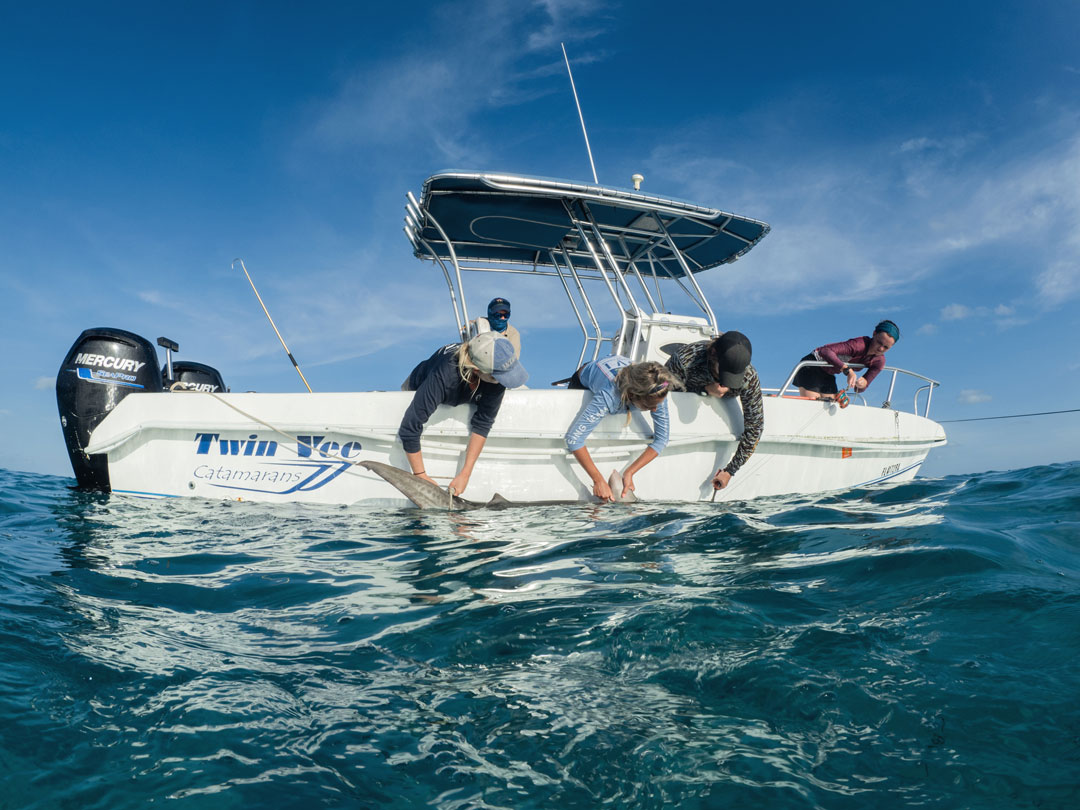 The Shark Lab team perform a work up on a Tiger shark captured on a scientific longline. Photo by Sophie Hart | © Bimini Biological Field Station Foundation

Since 1992, under the watchful eye of Dr Samuel Gruber, scientists at the Bimini Biological Field Station, “Shark Lab”, have been using data from tracking tagged sharks to answer a whole host of questions. We know that juvenile lemon sharks can swim back to their nurseries from as far away as the Gulf Stream. We know that space use is tidally linked, and juveniles will change their space use depending on whether or not predators can access the habitat they are using. We know that while adult females use Bimini to give birth, males are transient, rarely returning to Bimini after they reach sexual maturity. All of this is made possible by analysing the data obtained from tagging and tracking, particularly in long-ranging marine species where physically following them by drone or boat is near impossible.

Over time, these datasets become even more valuable, and that’s where I come in. One of the reasons Bimini is such a special place is because of the long-term data that has been consistently collected in a standardised procedure for almost 30 years. Collating and analysing this data in one go allows us to confirm trends we have proposed from shorter studies and make new suggestions based on temporal change. While it may not be as glamorous as spending every day out on a research vessel in the Caribbean, there is a lot to be learned from spending your time running statistical models behind a screen.

During the two months I spent working on a dataset that spanned 26 years, surpassing my own age, I employed a statistical modelling technique that allowed me to see how different groupings of lemon sharks were using space. Most profoundly, I established that the space available for use by lemon sharks was reduced as a result of industrial development in Bimini. A thorough understanding of a species life history is imperative for sound conservation management techniques, and so studies like this one are instrumental in translating science to policy. This also highlights how important it is that we continue to tag and track sharks at all life stages. 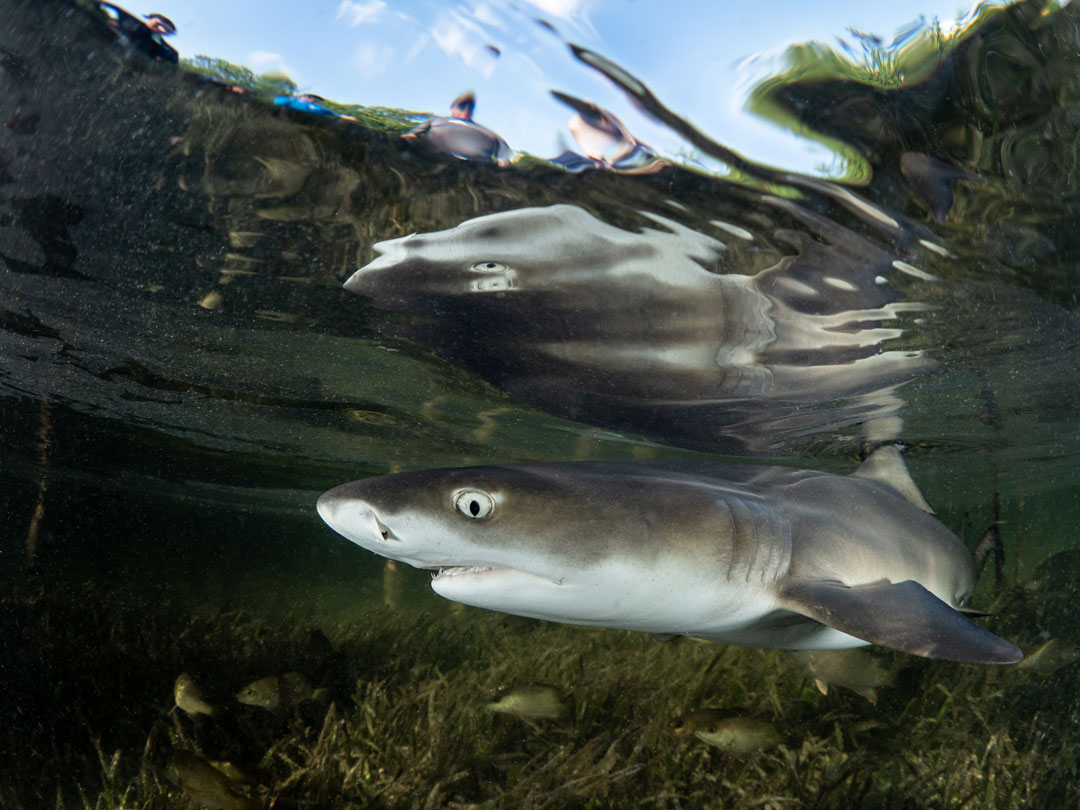 So, next time you see one of those awesome pictures of sharks being tagged, consider the questions that the tag itself can answer, and how we can move forward in science and conservation – even after that shark swims far out of sight.