From the south of the Philippines, the more than 200 islands of Tawi Tawi drip like green jewels all the way across the Sulu Sea until they almost touch Sabah, the province of Malaysia that lies north of Borneo. Although this region is a key fishing ground with major local landing sites and it teems with sea life, it is very difficult to conduct research in Tawi Tawi. There’s a very good reason for that: the long-standing conflict in this southern part of the Philippines. Kidnapping is one of the main tactics used by local guerrilla groups, so for most outsiders, especially foreigners, the islands have long been considered a no-go zone and are somewhat shrouded in mystery. 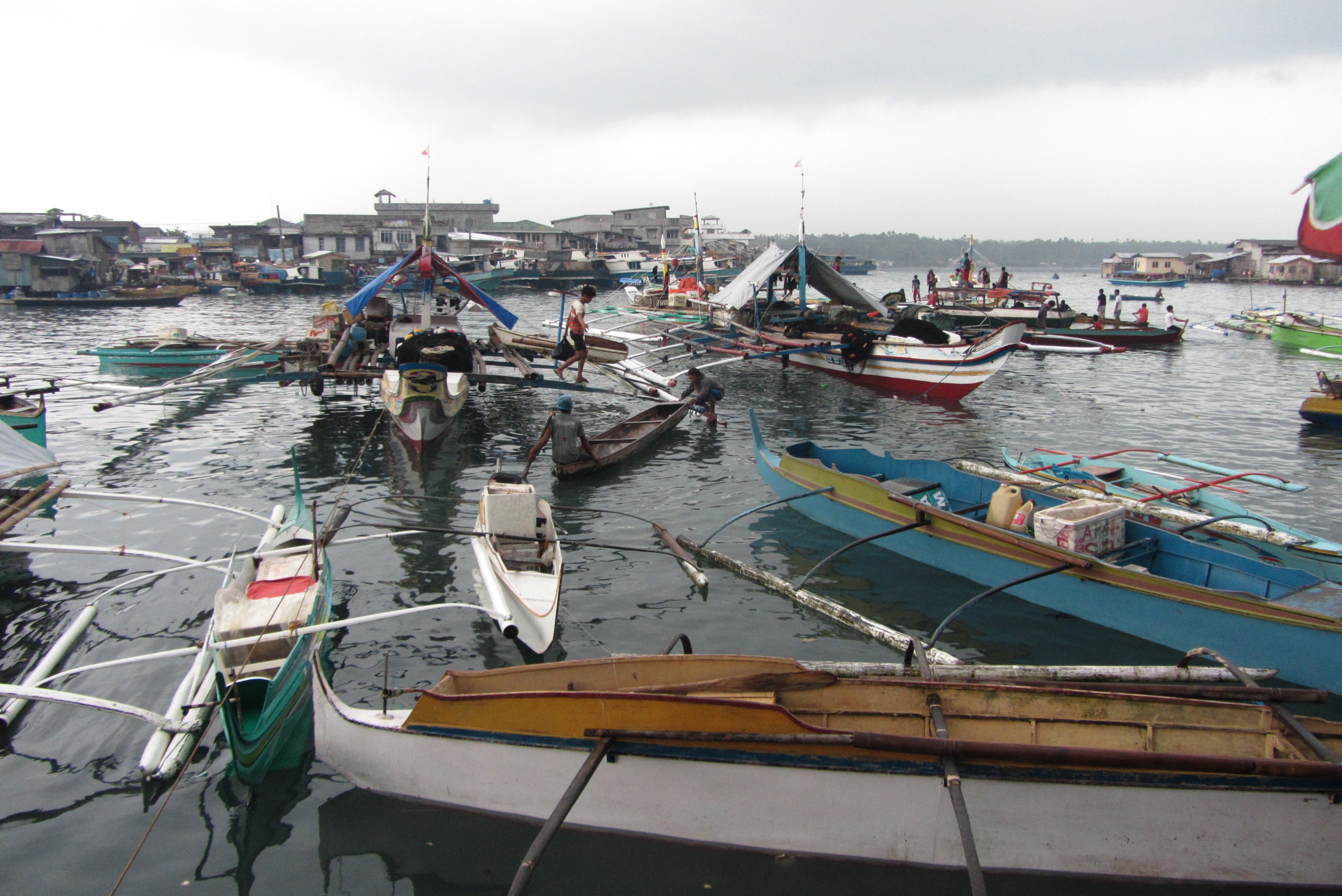 In fact, a friend of mine, a sought-after birdwatching guide, was kidnapped there in 2012 and only escaped by means of a daring middle-of-the-night leap from a boat. His companions were not so lucky and were held captive for two years. We have, however, been assured that this was an unusual incident; Tawi Tawi itself is quite peaceful. Most of the conflict is taking place on the peninsula to the north and its reputation, unfortunately, rubs off on the beautiful islands of Tawi Tawi.

So, it was with excitement and some trepidation that Maita and I – team Manta Trust Philippines – set off to track down mantas and mobulas in Tawi Tawi, kicking off the first shark- or ray-specific study done there. And that is why I have chosen to work in partnership with local researchers. 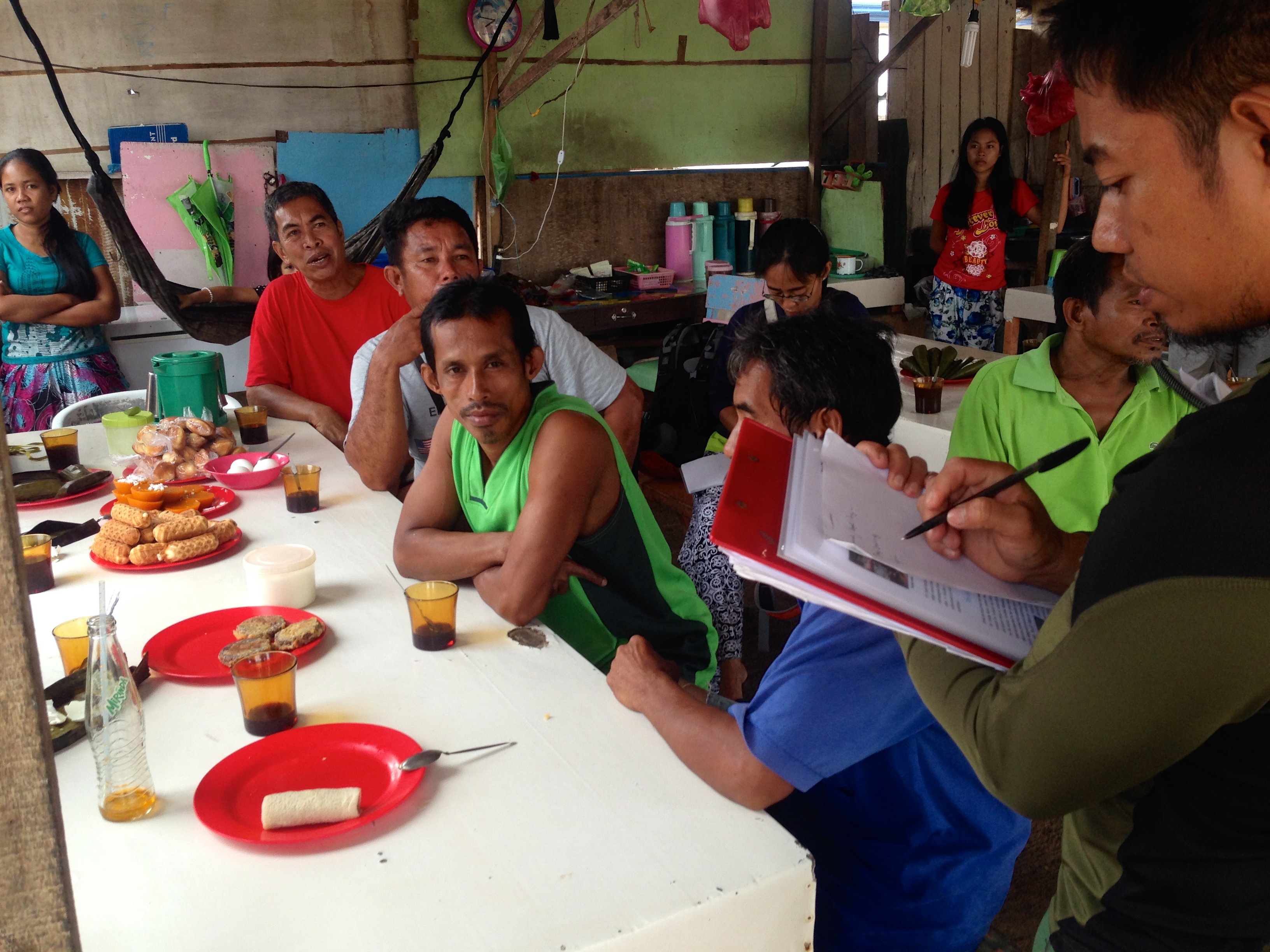 Although it takes longer to build research relationships than the alternative of parachuting in for survey work, the advantages are many. Forming relationships with local scientists not only gives you access to areas that would otherwise be off-limits, but also builds a network of researchers who are invested in the species. The data are richer too, as fishers are more open with local researchers. And, importantly, working together helps to build research skills and the capacity of smaller institutions that are at the frontline of fisheries work. 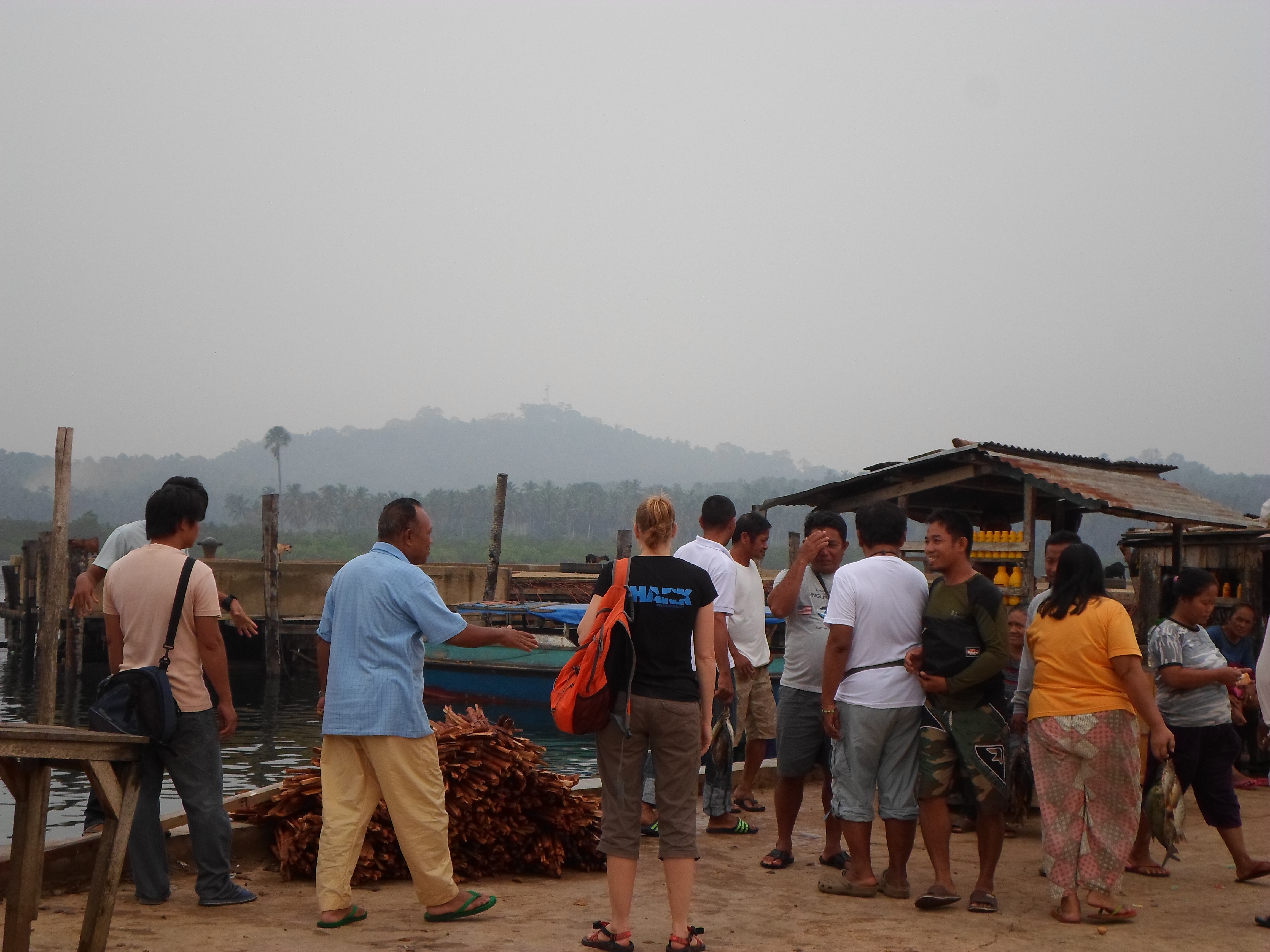 We are very lucky in that, after a year of networking, we have been able to connect with the eminent marine biologist Dr Filemon Romero, now back in his home islands of Tawi Tawi. He and his experienced team of research assistants at Mindanao State University are partnering with us on the implementation of our Rapid Community Mobulid Fisheries Surveys. This investigative work will give us an idea about the distribution of mobulids in Tawi Tawi as far as the Malaysian border, as well as about fisheries interactions and the mobulid trade. 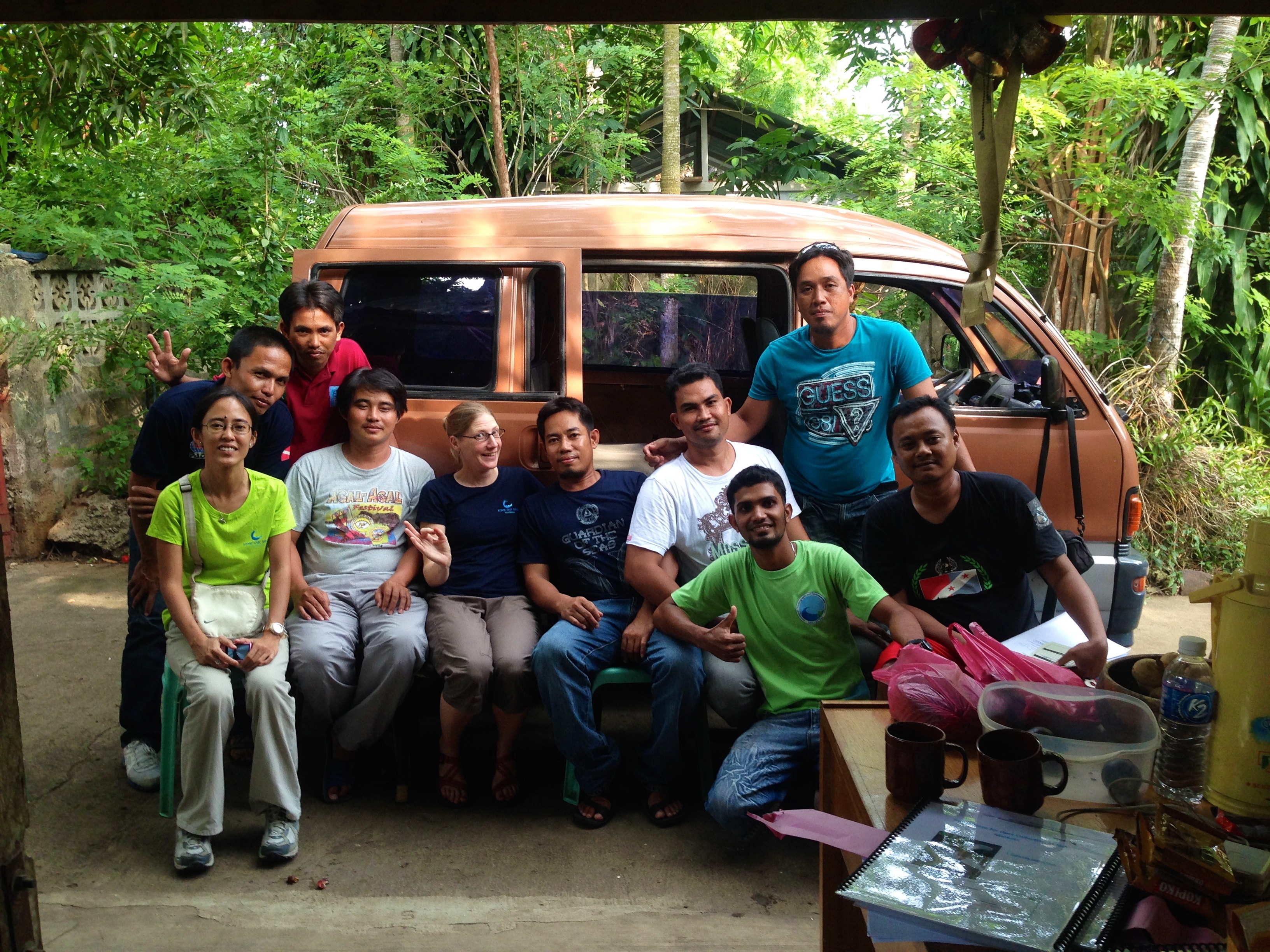 Dr Romero assured us it would be fine to come to Tawi Tawi to train the team and do some investigative research in the markets, as long as we kept a ‘low profile’. According to him, it is only if people are staying in one place for a fairly long time that he sets them up with armed guards. Good to know! 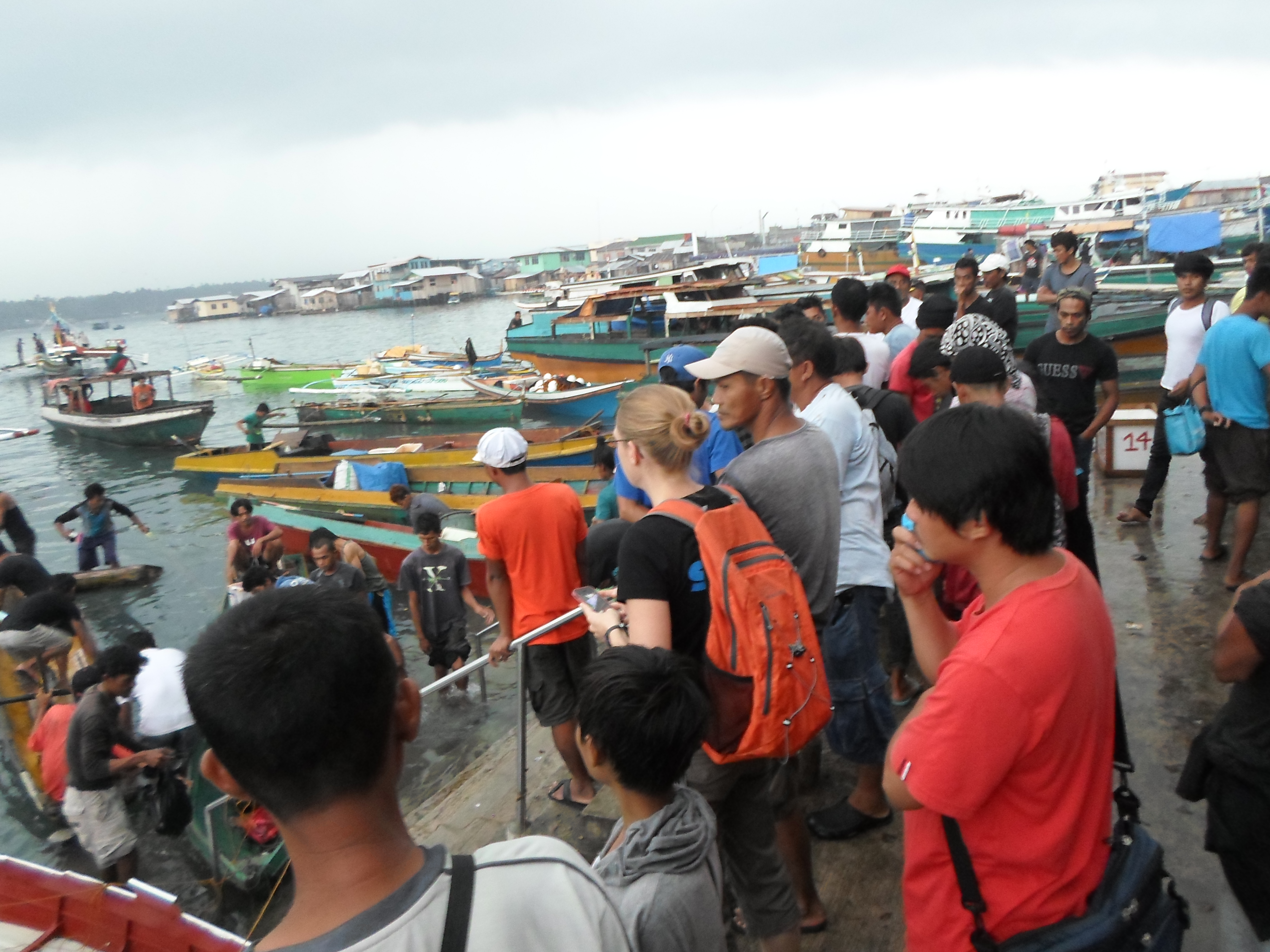 The first thing we noticed when we got to Tawi Tawi was the presence of military of all stripes – and guns, lots of guns. At the small beachside hotel we arrived at there was a group of seven men in full fatigues with semi-automatic weapons. I thought they were army. It turned out they were the private security for a provincial government worker whose wife is running for office in the upcoming elections. And that means he needs protection. Yikes. 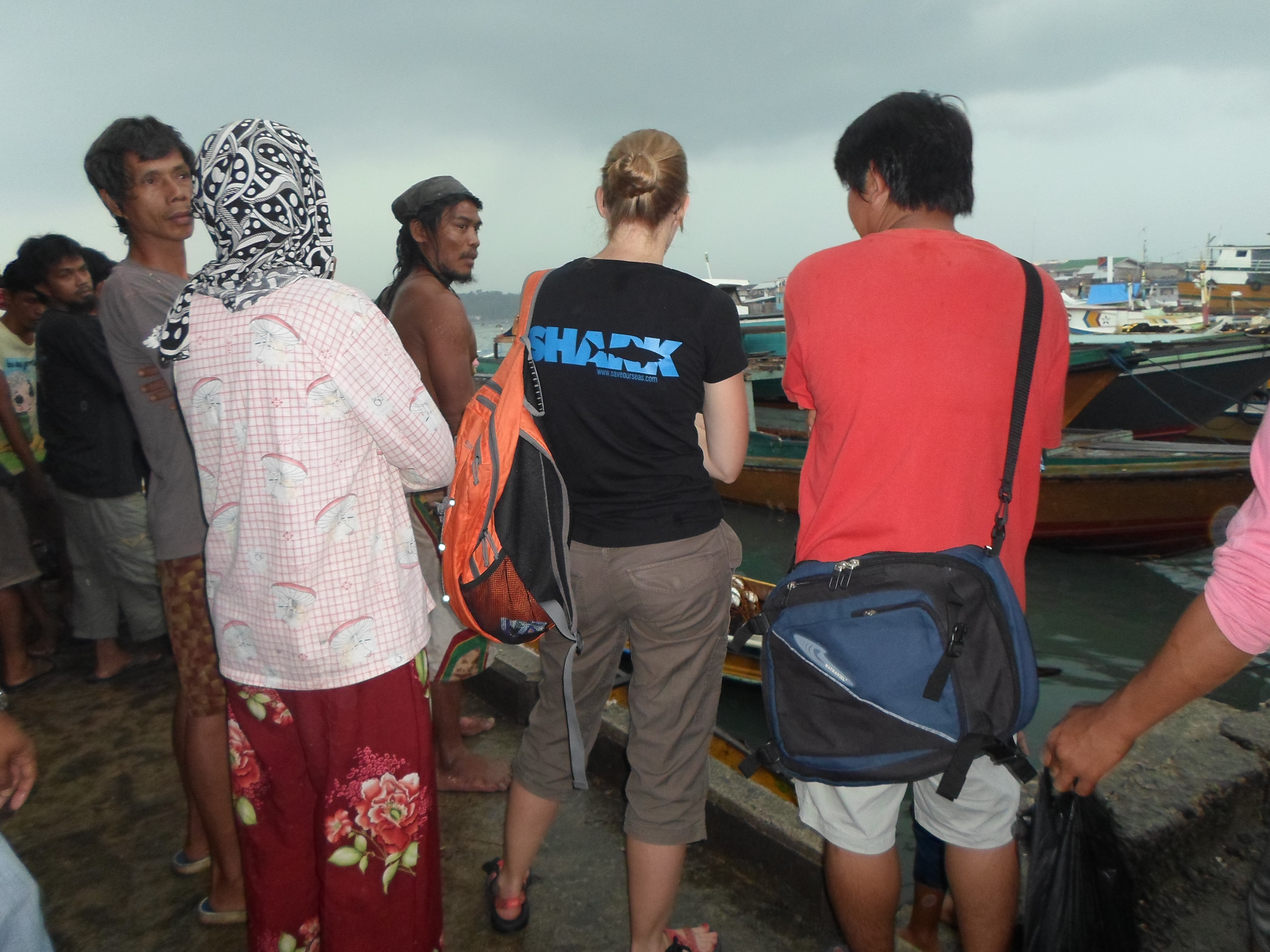 However, as we began to explore with the research team, the beauty and uniqueness of Tawi Tawi shone through. This island-studded province lies between two countries – the Philippines and Malaysia – and enjoys the best of both of them: roti, satay, strong, sweet coffee, Malaysian cuisine, and Filipino ceviche and fresh fruit. Goods are imported from both Malaysia and Indonesia, and Muslim and Catholic communities live side by side. 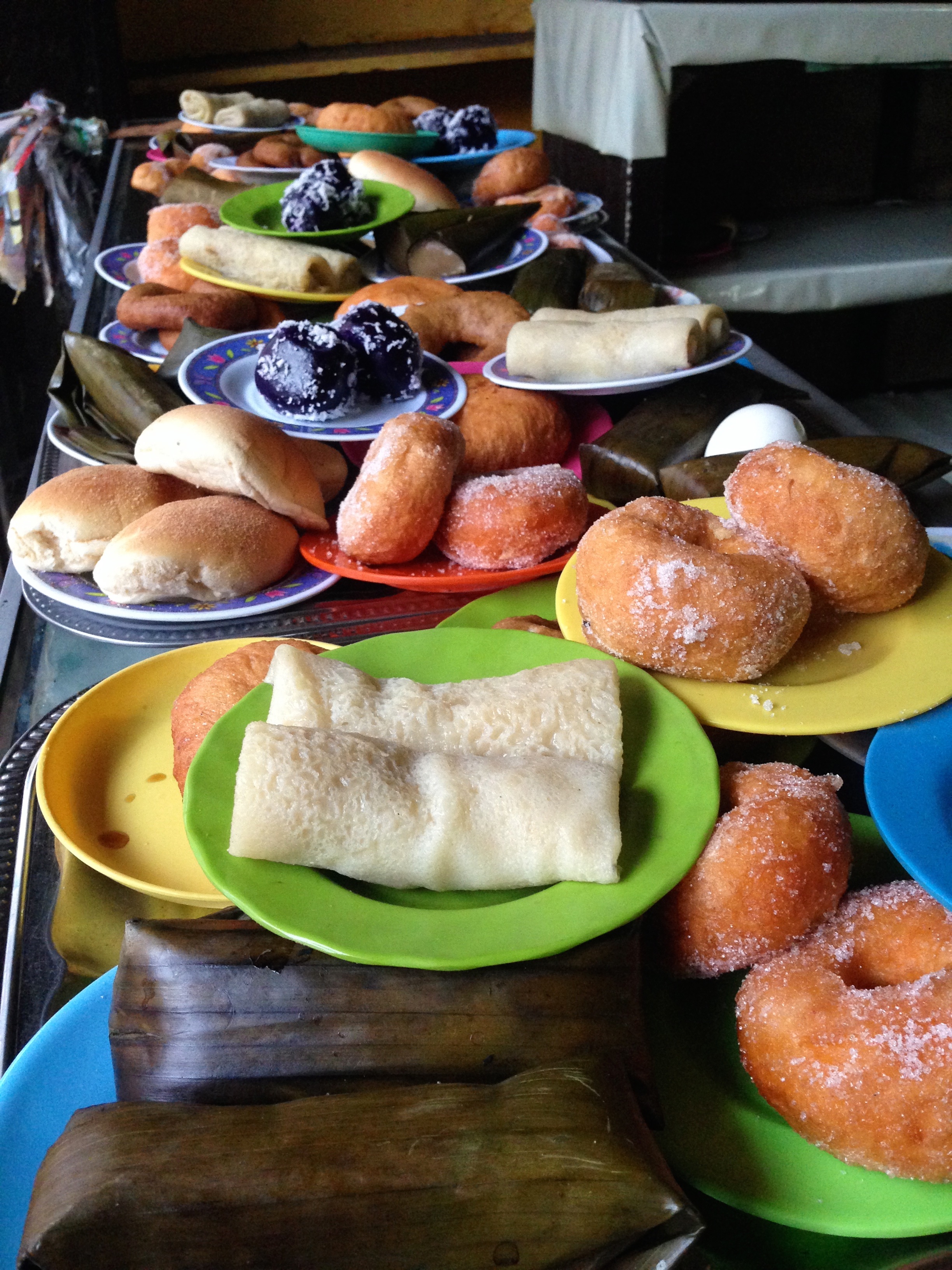 The area is also widely known as the home of the Badjao people, who live entirely on the water in boats and stilt houses, in some cases on sandbars miles from any island.
On behalf of fellow researchers who focus on sawfishes around the world, we were excited to find a big rostrum and two sawfish mouths hanging in a shop where live fish were sold. There is a huge fishery export from the area, in which thousands of fish and crustaceans are shipped every day through Zamboanga to Manila and on to Hong Kong and Taiwan. The sheer volume boggles the mind. 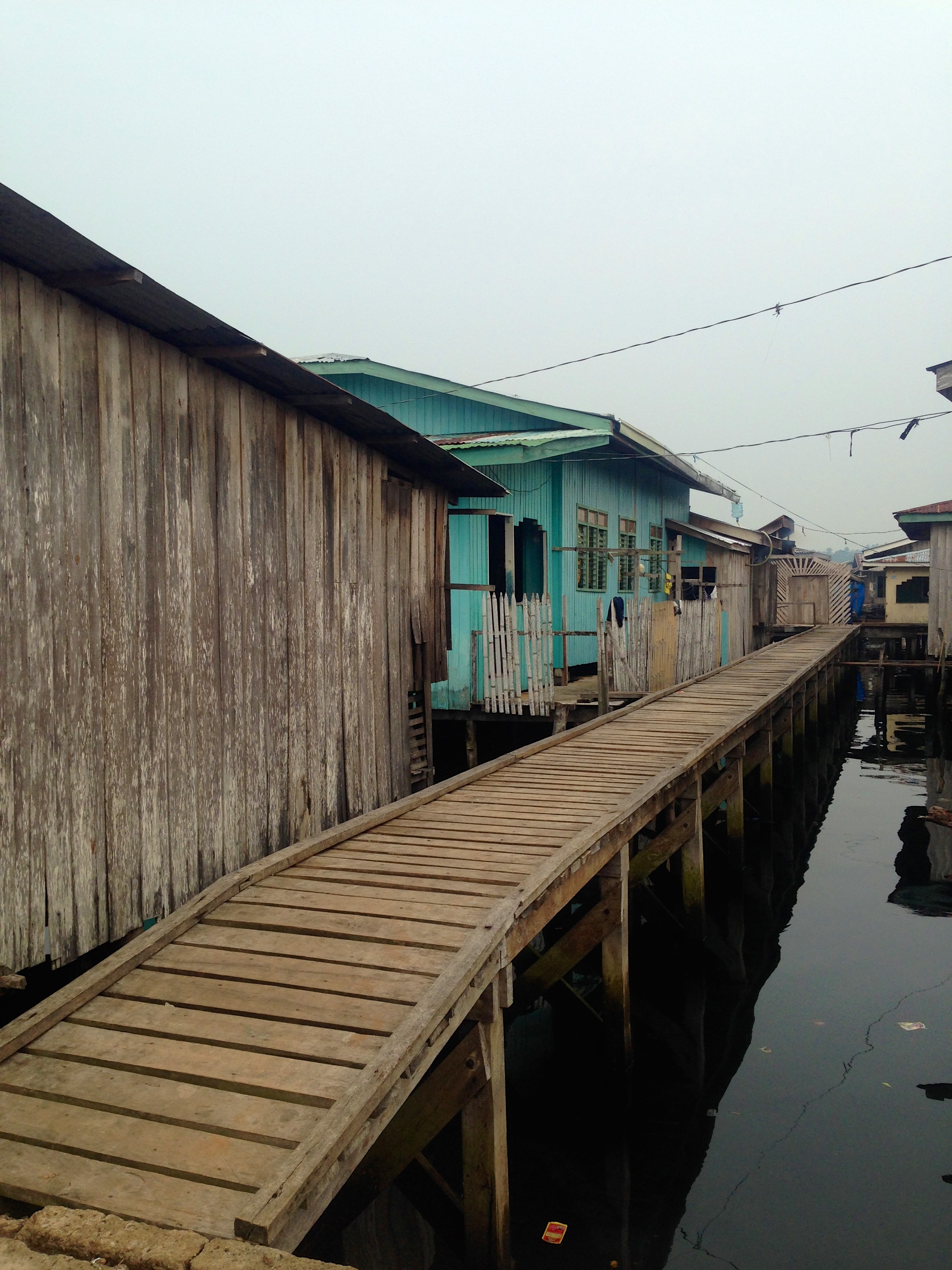 With Dr Romero we made surprise visits to fish markets and fishing communities (for safety reasons, no announcements were made in advance) and there we conducted interviews and generally poked around. We got photos of a recently sold Mobula thurstoni at one of the markets and reports of by-catch from the fishers, but the key areas for catch seem to be the more far-flung islands where the local research team will be travelling to next. 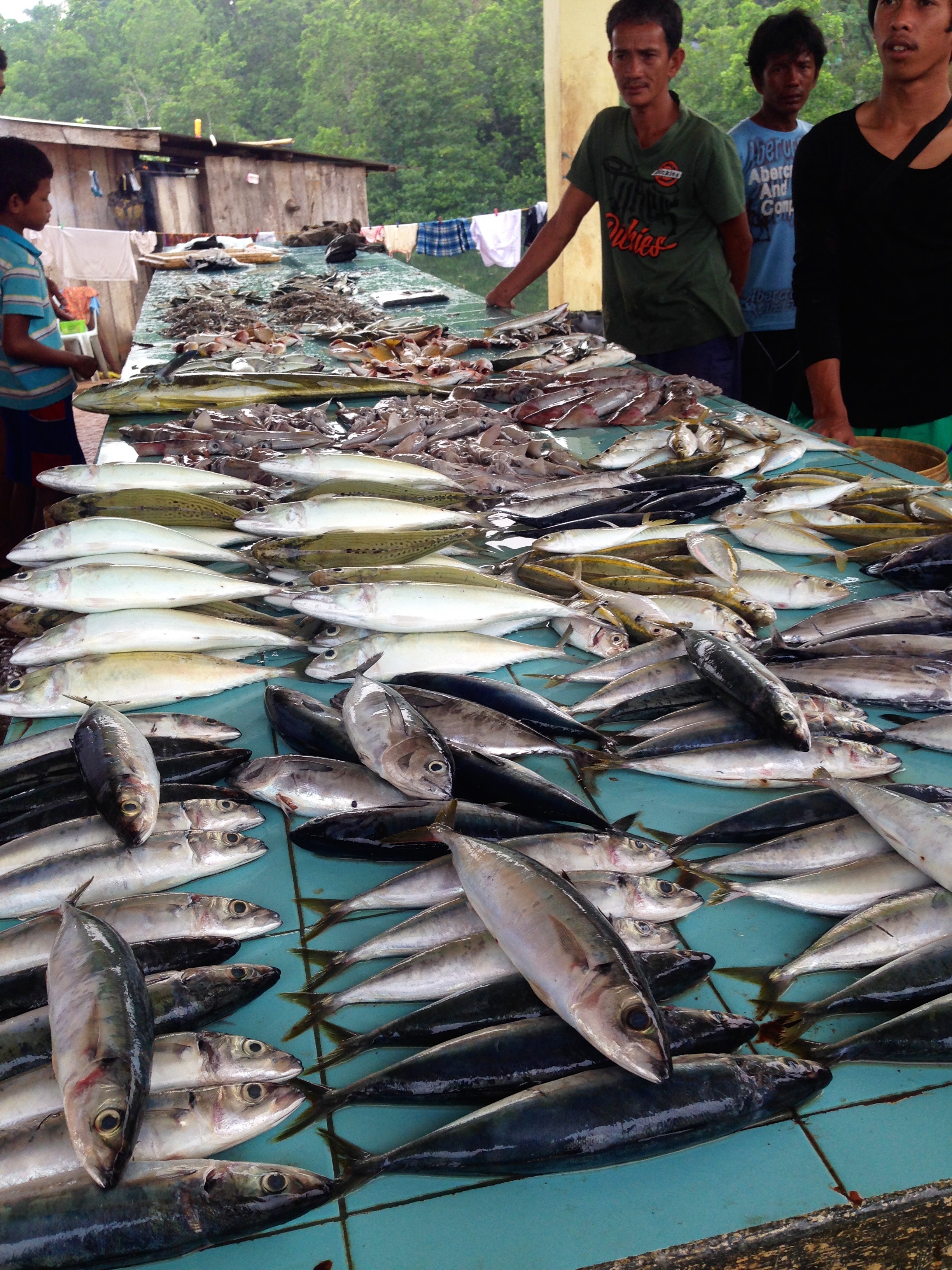 We also confirmed that traders in gills and dried skin from Malaysia were buying in the area. This didn’t surprise us, as Tawi Tawi is often called the ‘backdoor of the Philippines’, a hotspot for the smuggling of drugs, rice, gasoline, humans, wildlife and the like. Gaining more information about this illegal trade could be key to learning more about the flow of mobulid products internationally. 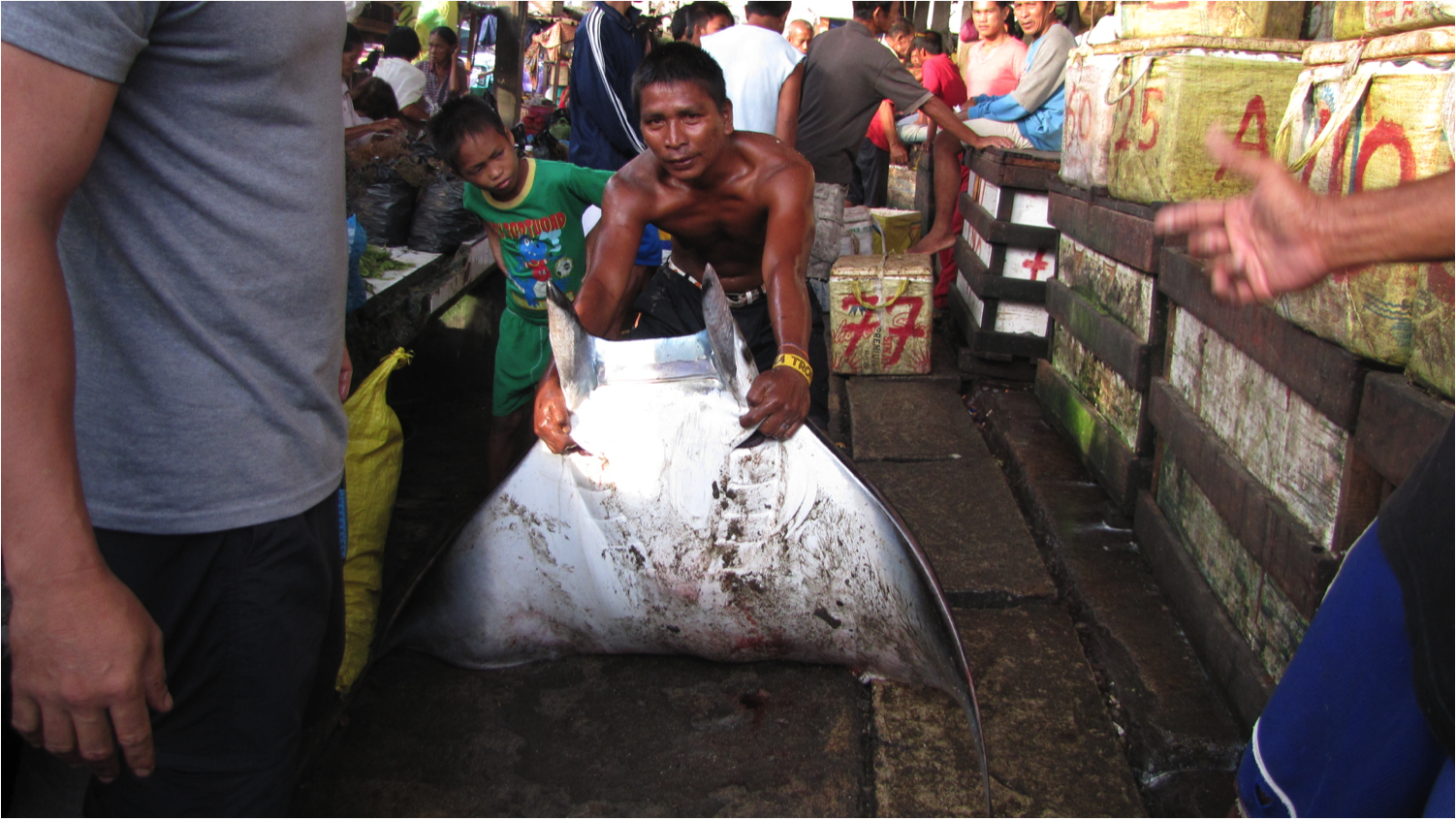 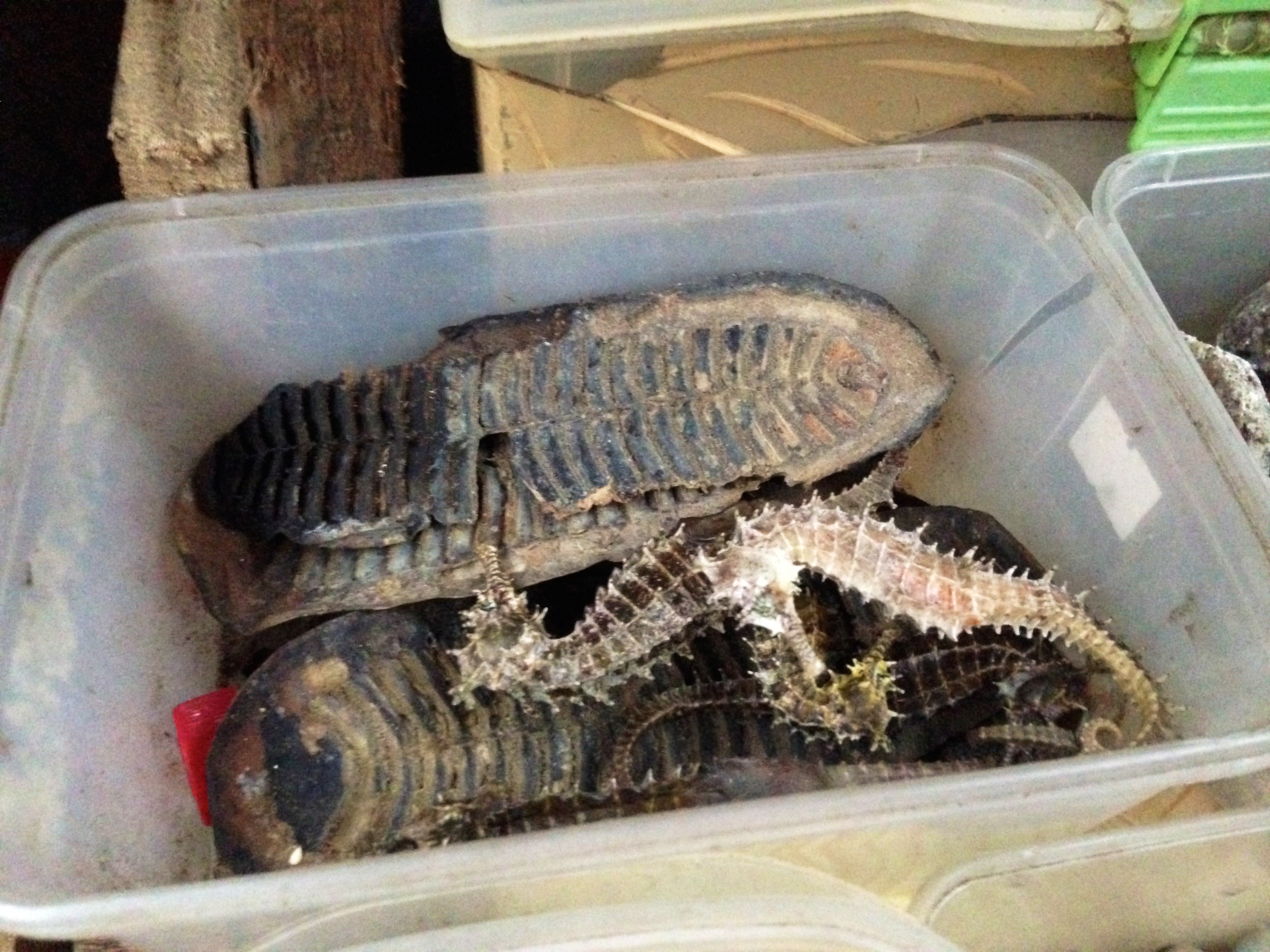 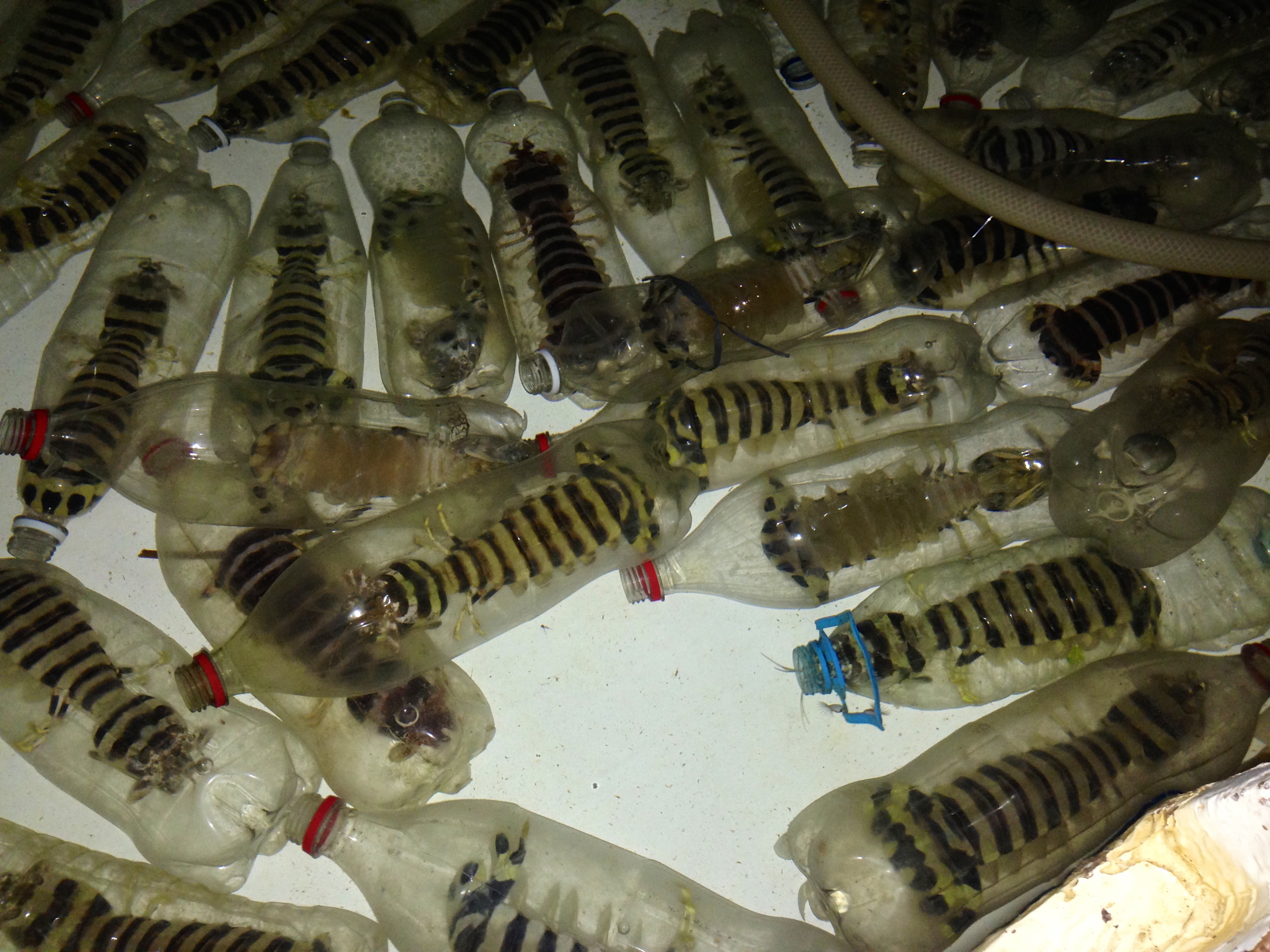 The Manta Trust survey work in the area is the first of its kind, and I hope it will lead to some interesting information and data to follow up on our next trip to this remote outpost of the Philippines. Checking out the catch and collecting data. © Photo by Shannon Arnold | MAnta Trust