We both heard it at the same time: a very faint transient orca call over our underwater hydrophone system. ‘I’ll grab the boat if you can get the camera ready,’ were Hermann’s words as he ran for the door.

We found the orcas quickly: three females, one massive male, a sprouter (young male) and one mother with a tiny calf. The large male was T170, a male orca we had never seen in more than 20 years of studying whales on the British Columbia coast. His dorsal fin was more than six feet tall, each mark and gouge on it telling a story of his journey as a male killer whale. 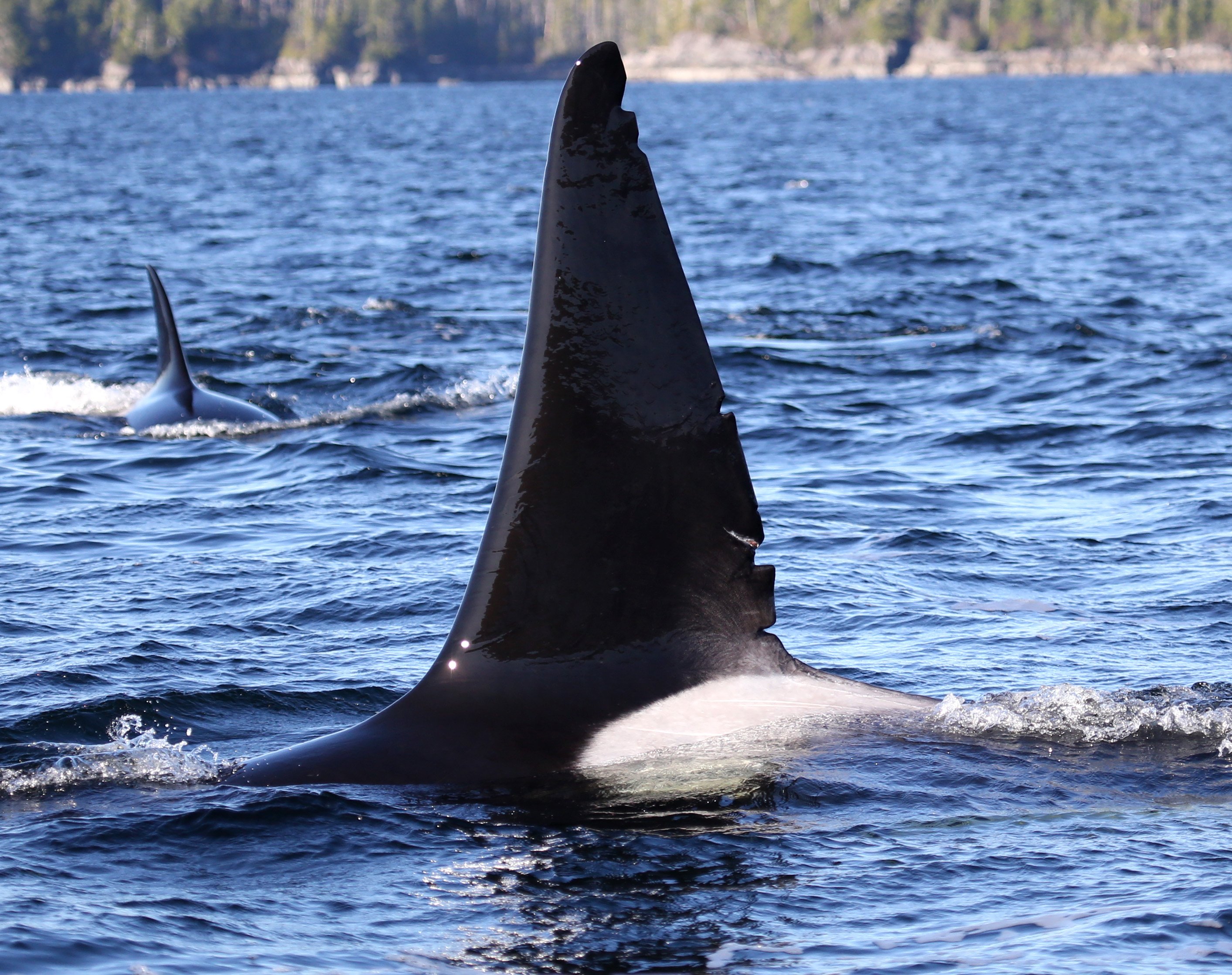 The group was hunting a young sea lion when we noticed two humpback whales – one full-grown adult and the other a young juvenile – travelling, rather quickly, in a direct line towards the foraging transients. This is extremely unusual behaviour for a humpback; although it rarely happens, they are sometimes prey for transient orcas. 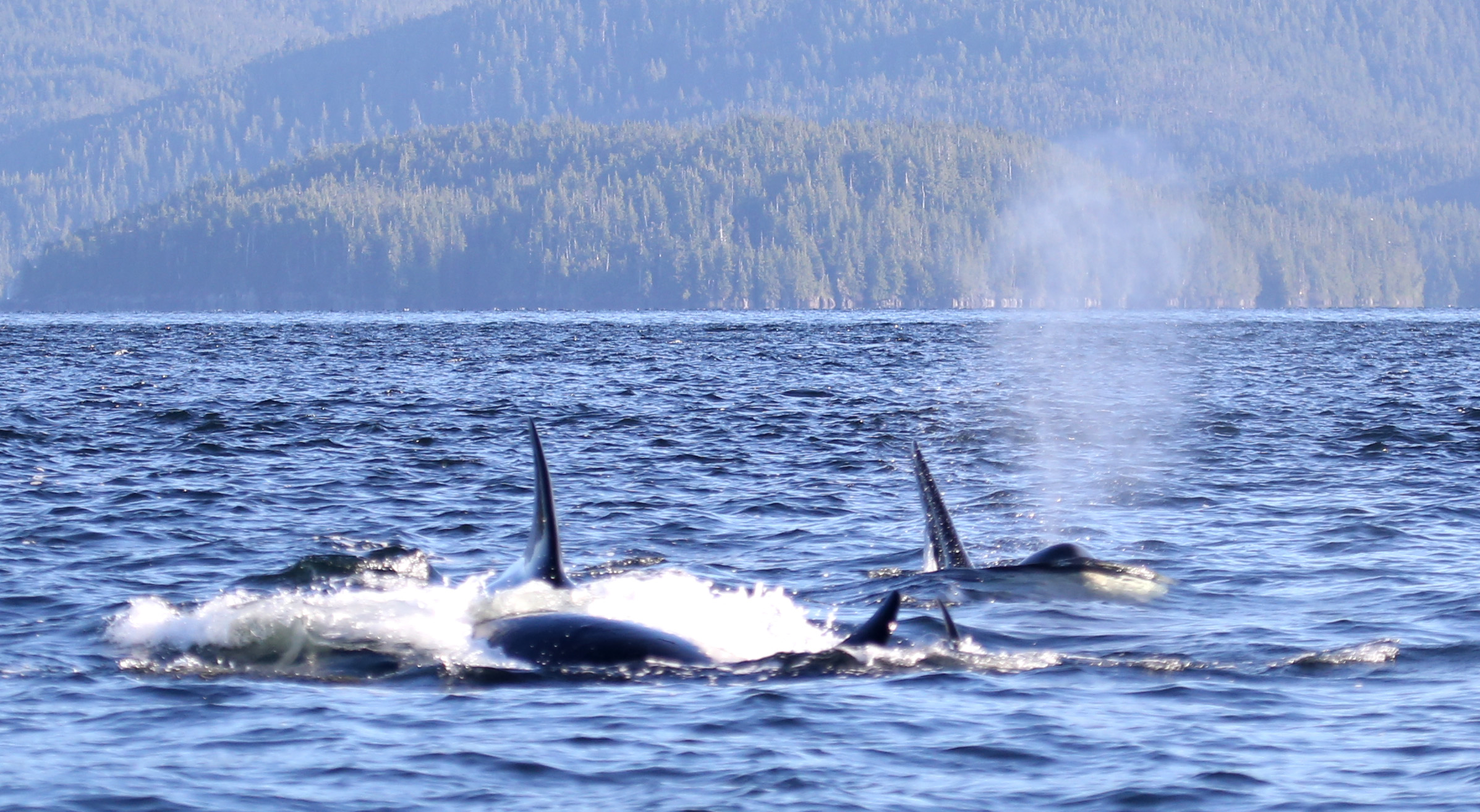 What happened next is what every researcher dreams of: a moment in time witnessing what very few ever get to see. The humpback whales were targeting the transients, swimming right into the middle of their lunch break. All hell broke loose.
We couldn’t tell whether the transients were going after the humpbacks or the humpbacks were after the transients. With every breath the humpbacks would trumpet above water, rolling towards each other, then swimming on their sides, back to back, tails out of the water. As individual whales they are a force, but together as a team their strength is unbreakable. Were these humpback whales attempting to rescue the young sea lion? Humpbacks and sea lions are great companions and are often seen in play groups. 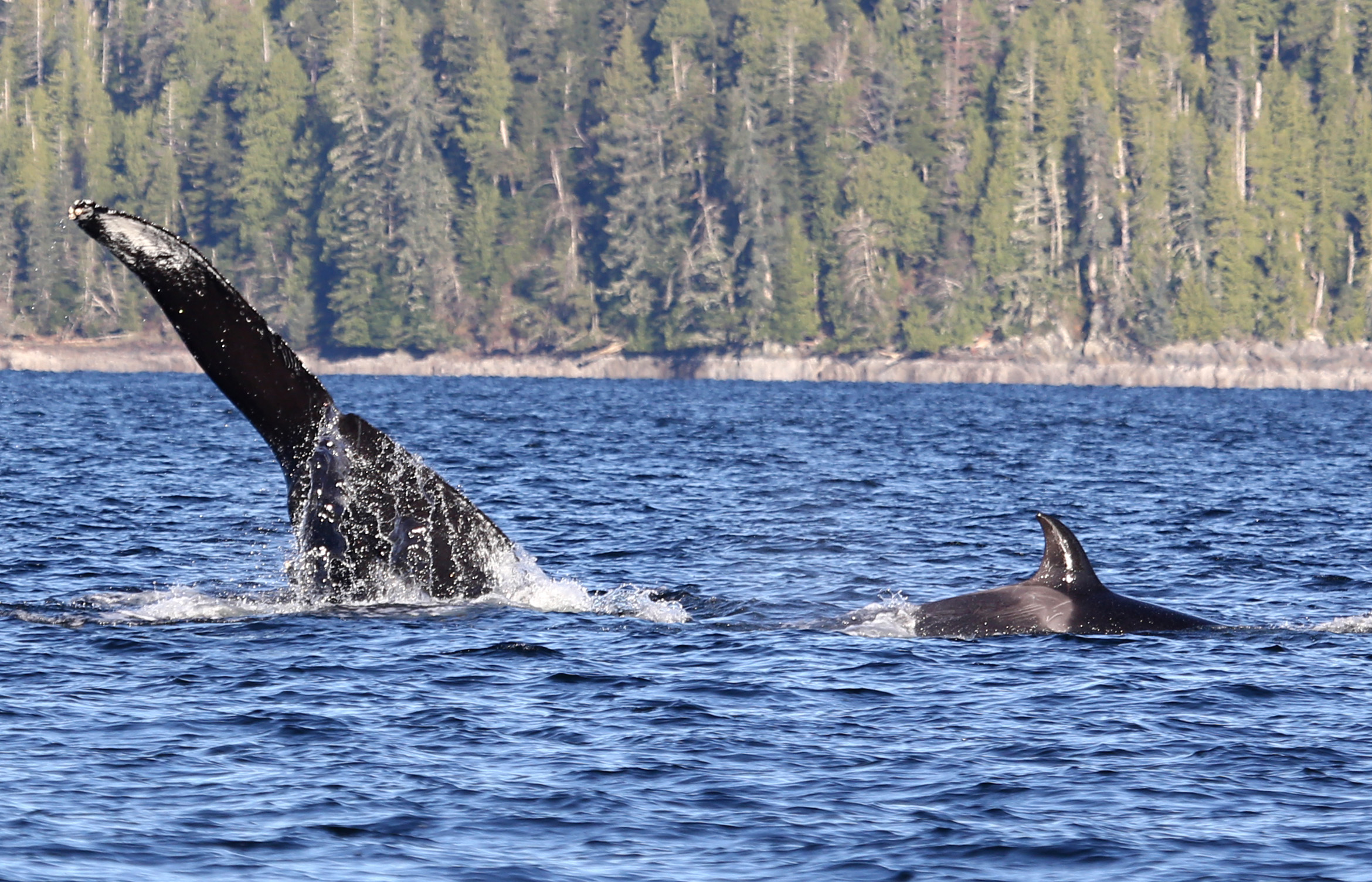 The orcas appeared to be leaving but the humpbacks would have nothing of it. Again they were in pursuit, always heading towards the mother and little calf. Back and forth this went, orcas towards humpbacks, then it would switch. The two transient males and one female had lost interest and were on their way. The mother, calf and juvenile transients stayed and this interaction went on for another 30 minutes.

We had so many different scenarios going through our minds. Hermann thought that the humpbacks wanted the attention of the mother and calf. I felt that the humpbacks were trying to send a signal to the transients to move on. We may never know, of course, as so much of this interaction took place below the water and out of our view.

In the end all the transients left, travelling slowly to the west. The humpbacks followed for about five minutes, tonal blows all the way. Then they went quiet and turned in the opposite direction. We travelled home in absolute awe, frozen to the bone – and once more intrigued by the mystery of it all!

Watch the video of the interaction here: