Field work is…
‘Practical work conducted by a researcher in the natural environment, rather than in a laboratory or office.’ This is what you find if you look up the definition of ‘field work’. In most cases, researchers return to their laboratories after a successful day in the field and unload, clean and repack their gear before going home to start again the next day. For my PhD, the nature experience was not finished at the end of a sampling day; instead, it dominated our six-week-long sampling season. And the reason for this unique experience was St Joseph Atoll itself.

My study site, St Joseph Atoll, which is adjacent to D’Arros Island, has no major channel entry so it can only be approached at certain levels of high tide. For example, sometimes the team and I – known as the ‘Atoll Refugees’ – were able to enter and leave in one day. On most days, however, when the tides were not as well timed or not high enough for us to cross the reef, we had to extend our stay on the atoll. Using a local tide schedule, we carefully planned, organised and discussed each sampling trip before leaving the SOSF D’Arros Research Centre. 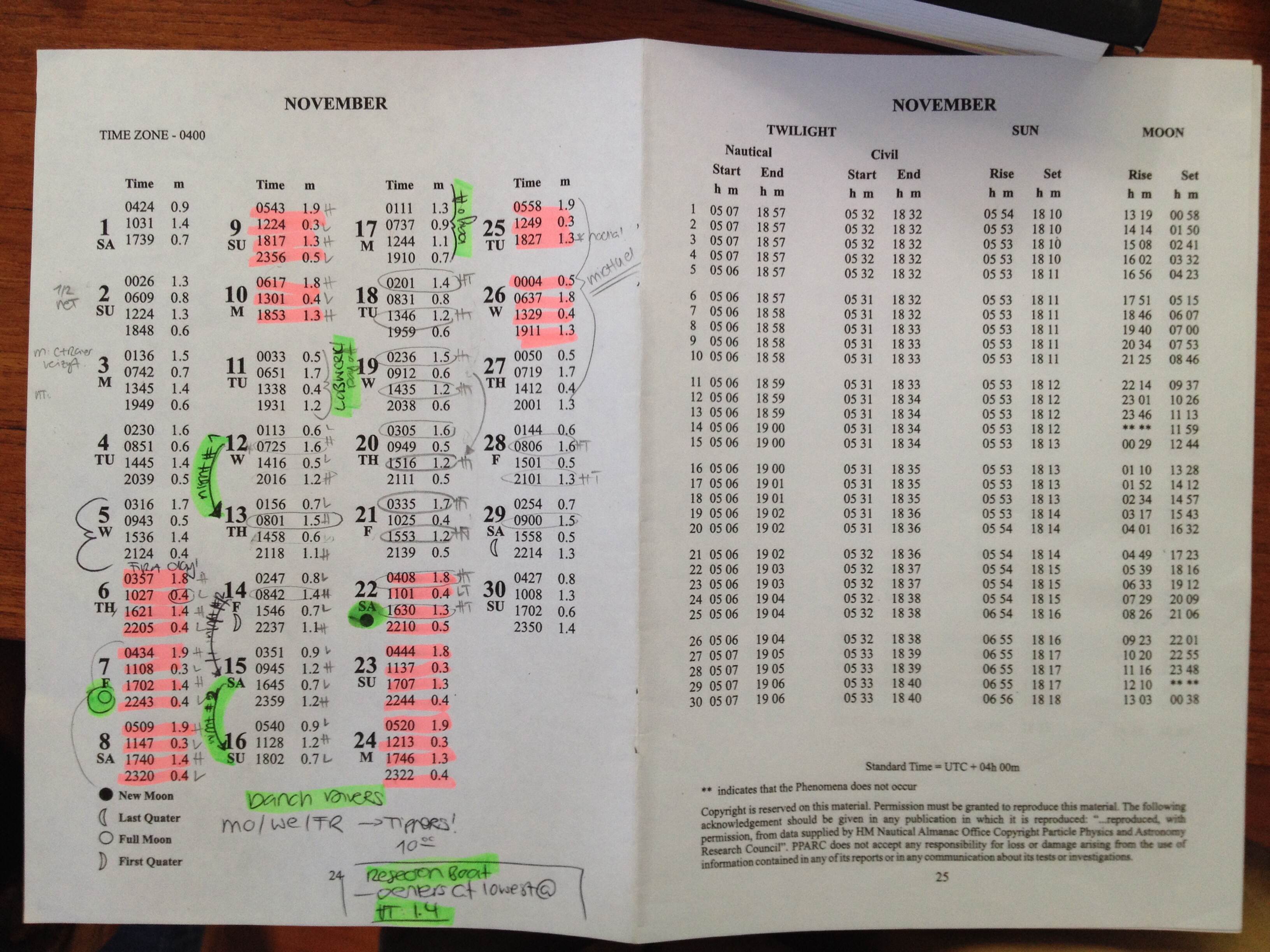 Field work had to be planned with the help of the tidal table. Photo by Sacha di Piazza

The only spot at which we could enter the lagoon was the reef crest at the north-western edge of the atoll. On most days we were dropped at the reef edge and had to carry all the gear we needed for our stay – field equipment, food, ice, supplies and drinking water – in a small kayak. After pulling the fully loaded kayak over the reef crest, we reached our boat Mignon, which was anchored inside the atoll. 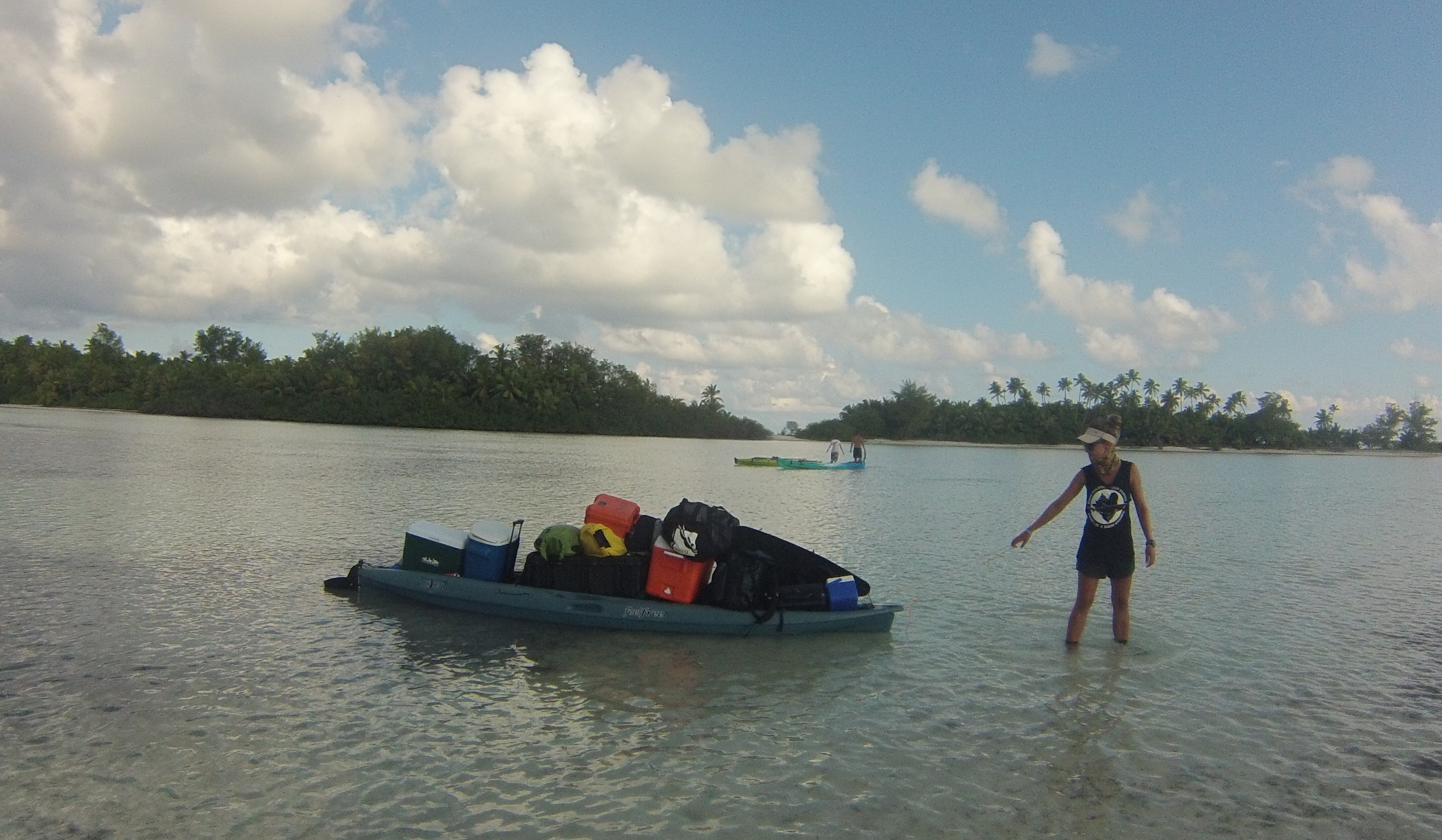 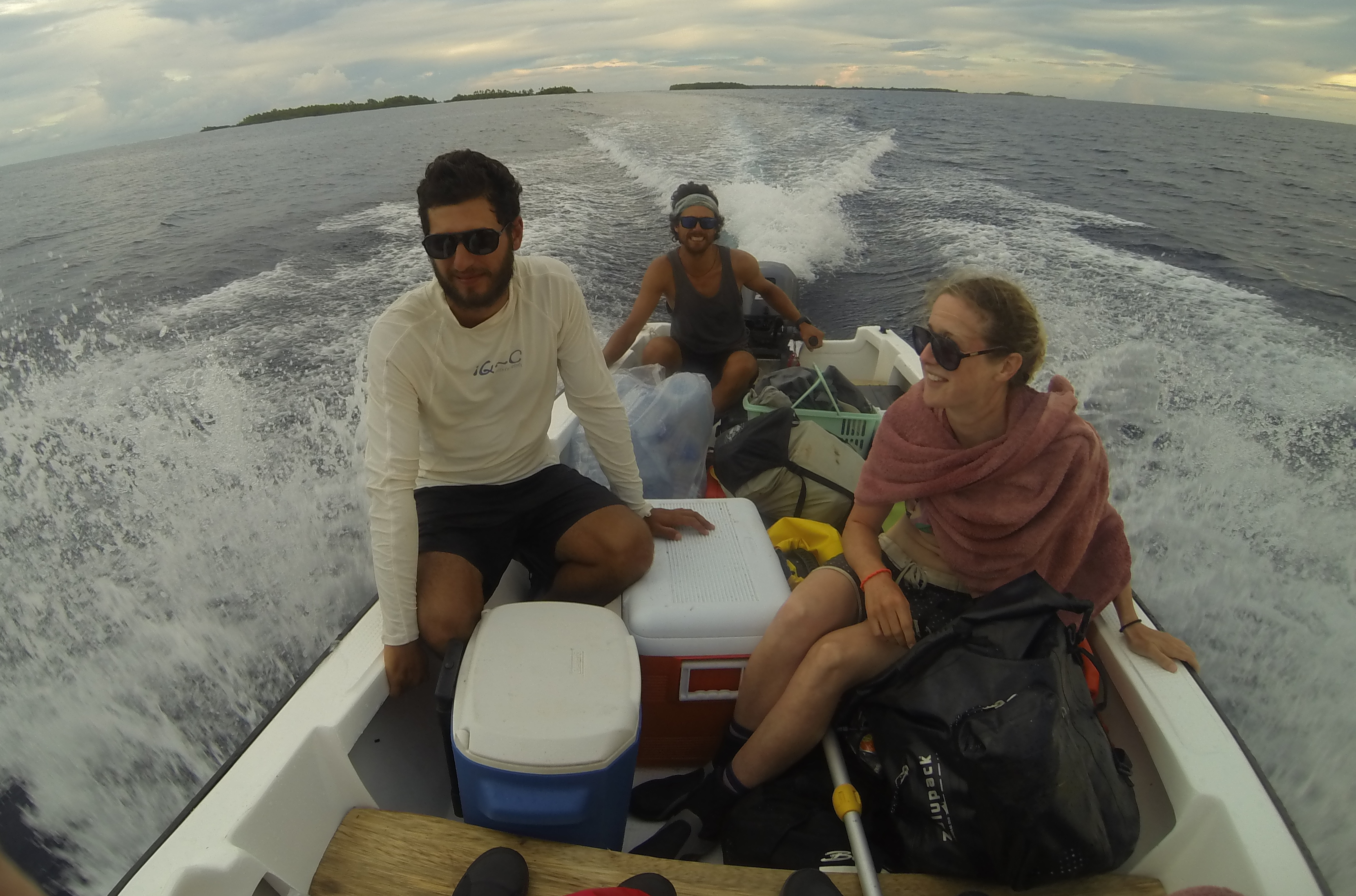 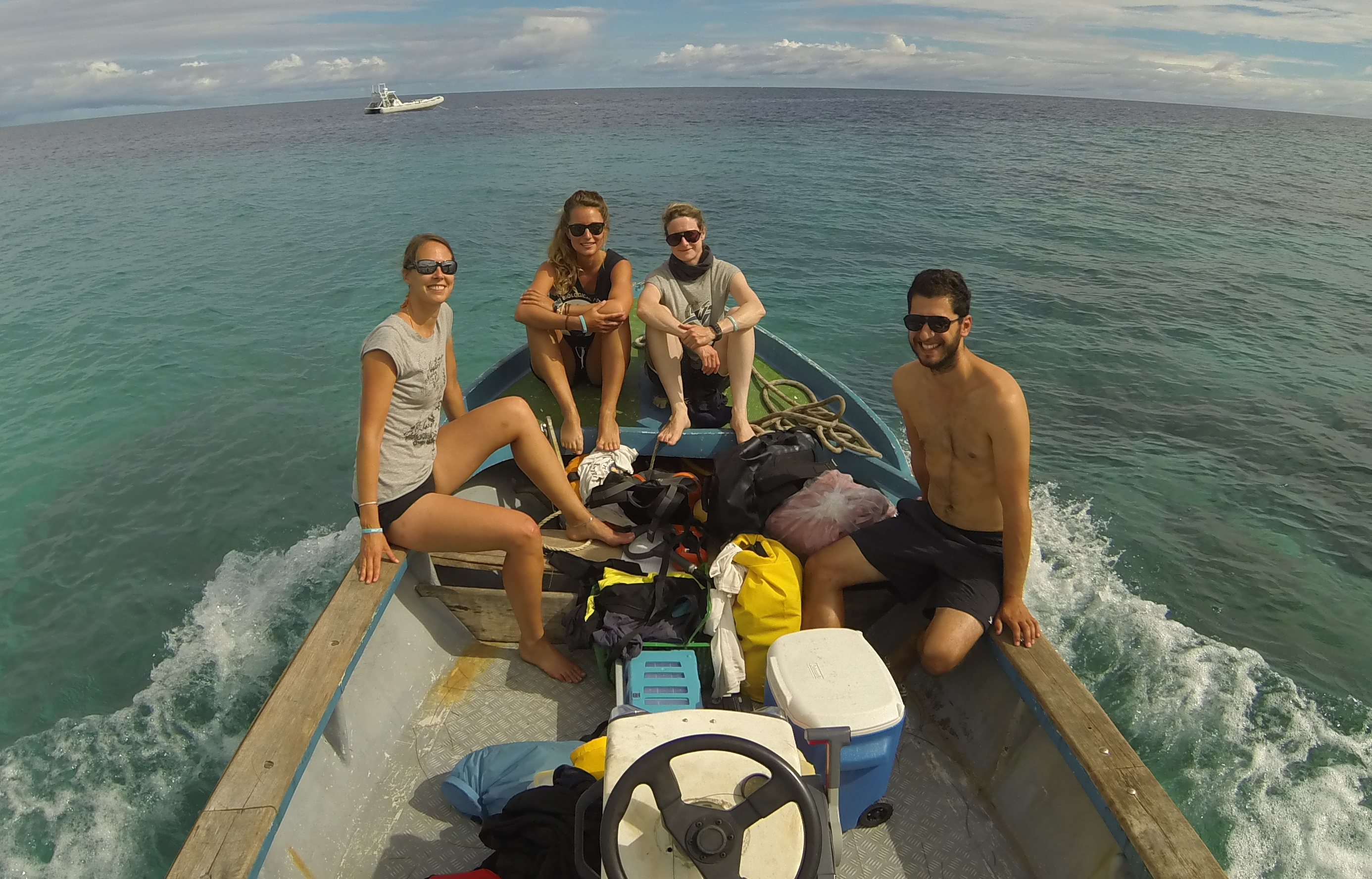 We reached our St Joseph campsite after crossing the entire lagoon. This camp originates from a period when palm trees were harvested to produce coconut oil. It was recently restored by the SOSF-DRC and is now equipped to host up to eight scientists. In fact, our team was the first research group to make full use of it, and during the six weeks that we worked on the atoll we all cherished this unique camp, its natural surroundings and the remoteness of our location. 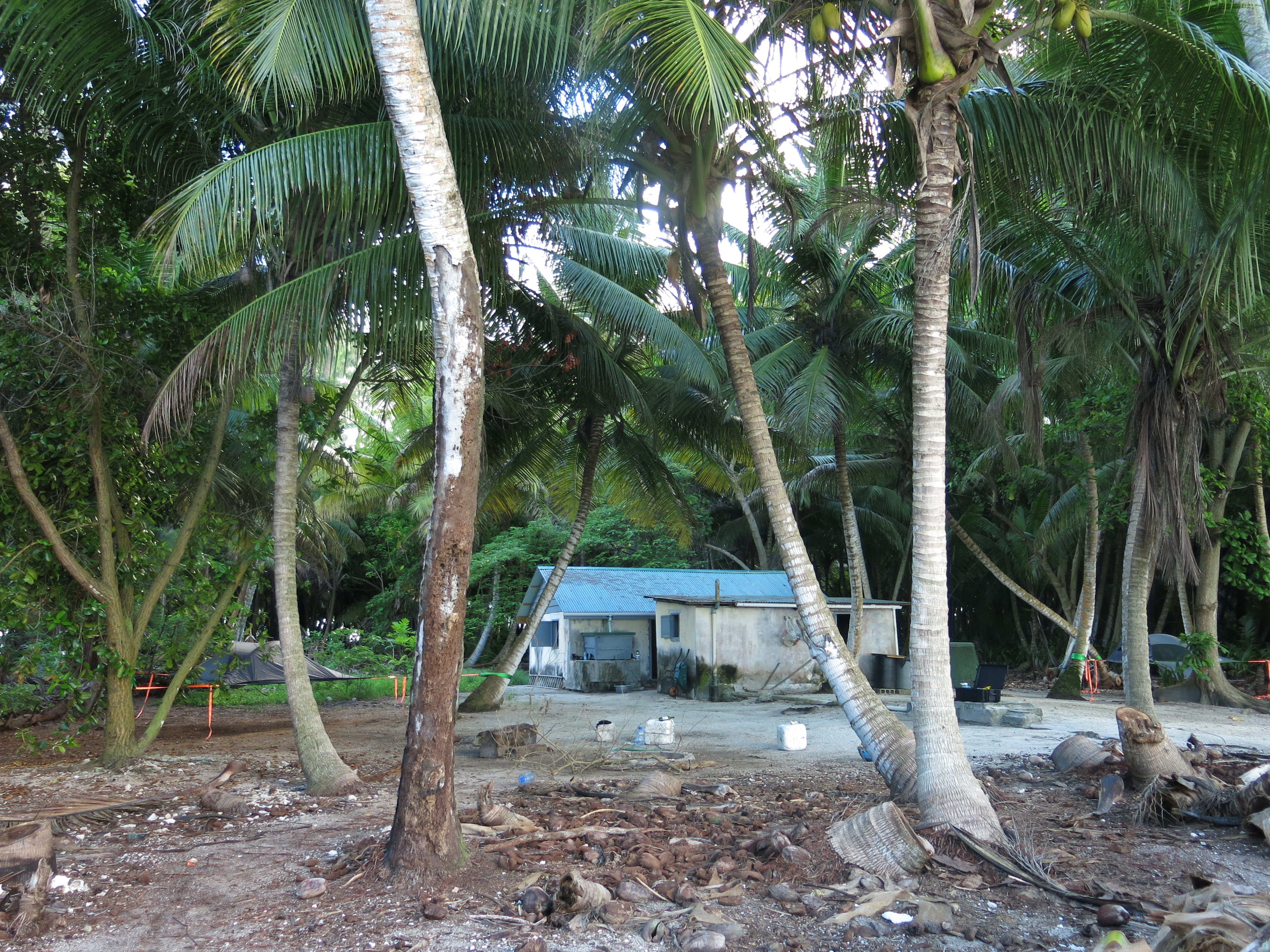 View of the St Joseph camp and the fireplace, seen from the beach. Photo by Sacha di Piazza 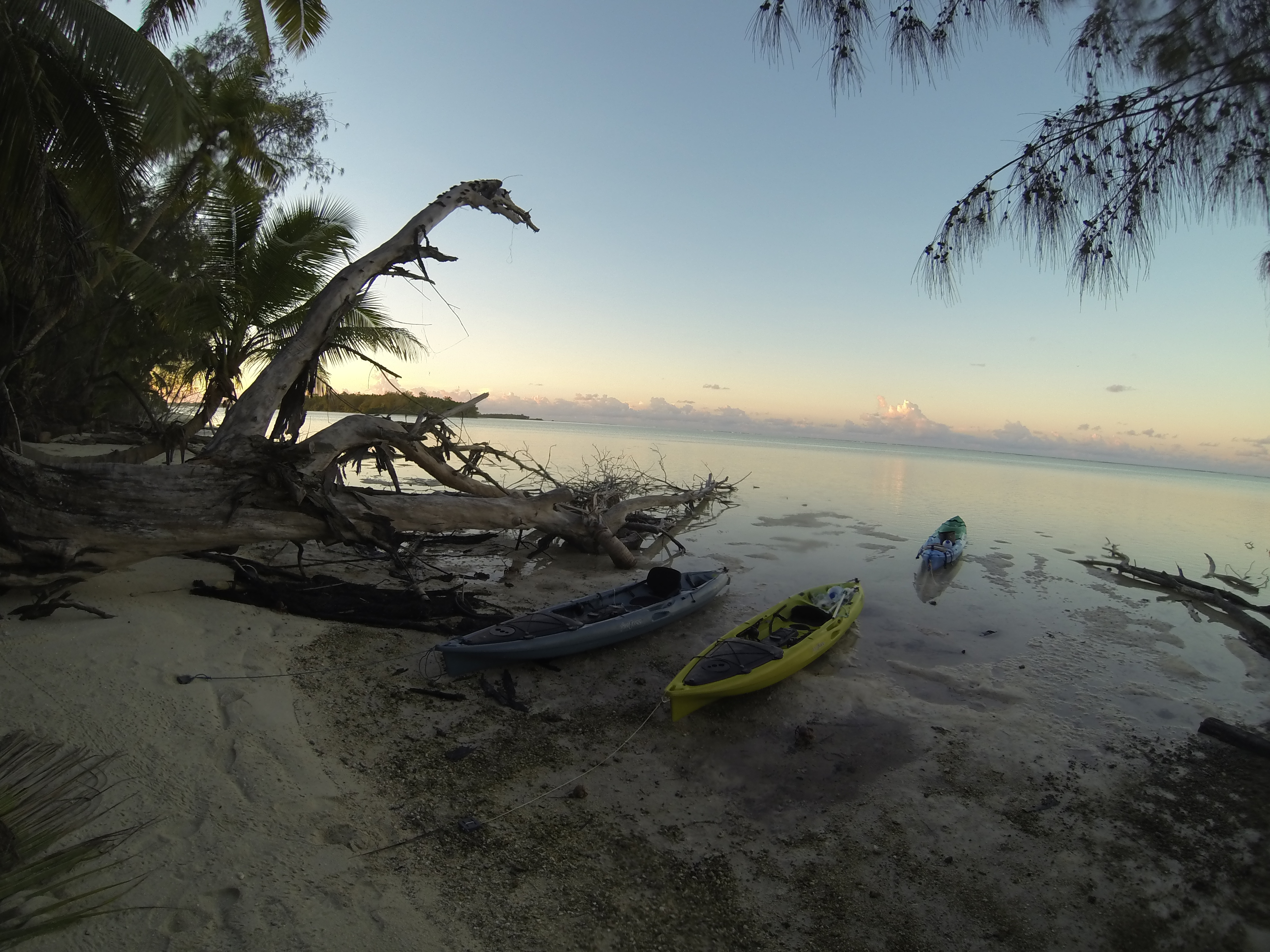 Sunset view from the St Joseph camp, with our three field work kayaks in the foreground. Photo by Ornella Weideli

Sampling days, whether we overnighted at the St Joseph camp or stayed at the SOSF-DRC on D’Arros Island, were organised in a similar way. After getting to know the tidal differences and their influence on the atoll habitat, we began to understand when and where we would best be able to catch juvenile sharks. Having caught a shark in its shallow, sandy habitat, we took measurements and tissue samples. This is described in greater detail in my previous blog ‘First Insights into an Unexplored Shark Nursery’ 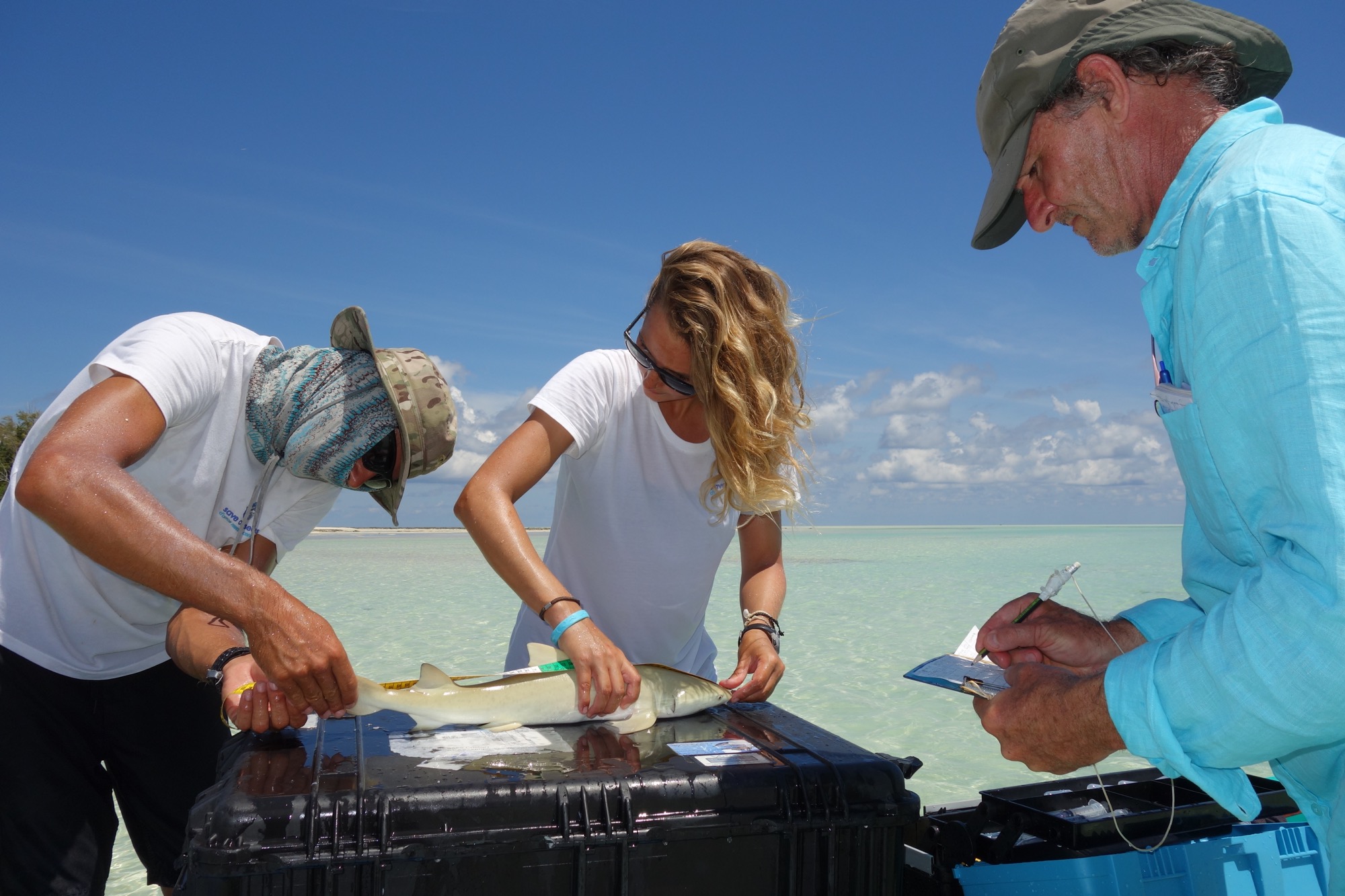 The length of each juvenile shark was measured. Photo by Michael C. Scholl | © Save Our Seas Foundation 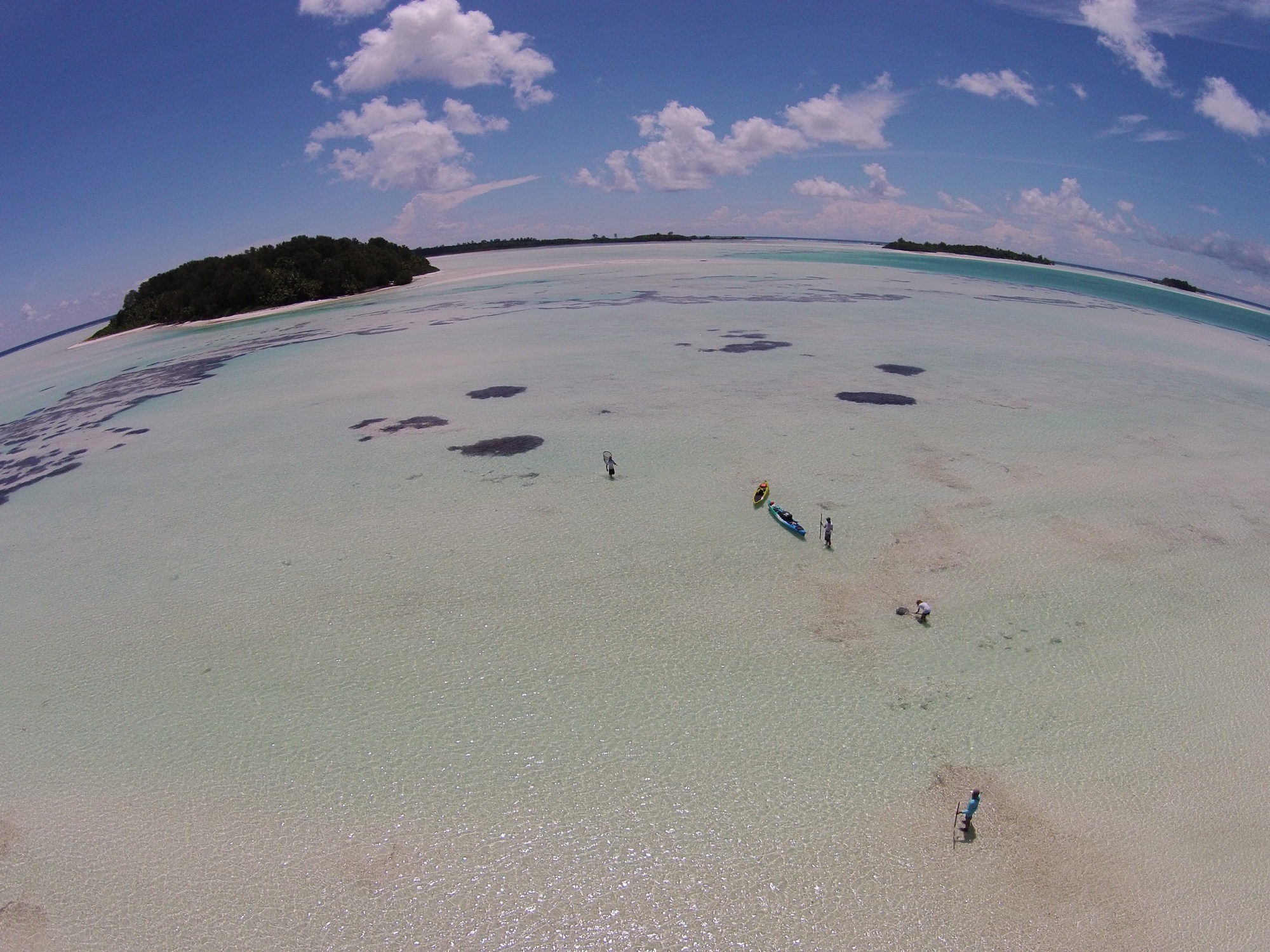 Aerial view of our study site, with the islands St Joseph, Benjamin and Paul in the background. Photo by Michael C. Scholl | © Save Our Seas Foundation

In the evenings, work continued after we returned to the camp. First the team had to wash all the equipment with rain water from the storage tank. Then we lighted the campfire, cooked dinner, labelled the samples, washed dishes and tidied up the camp for the night. At about 21.30, after sitting by the campfire and enjoying the remoteness and quietness, we went to bed and fell into a very deep and well-deserved sleep. 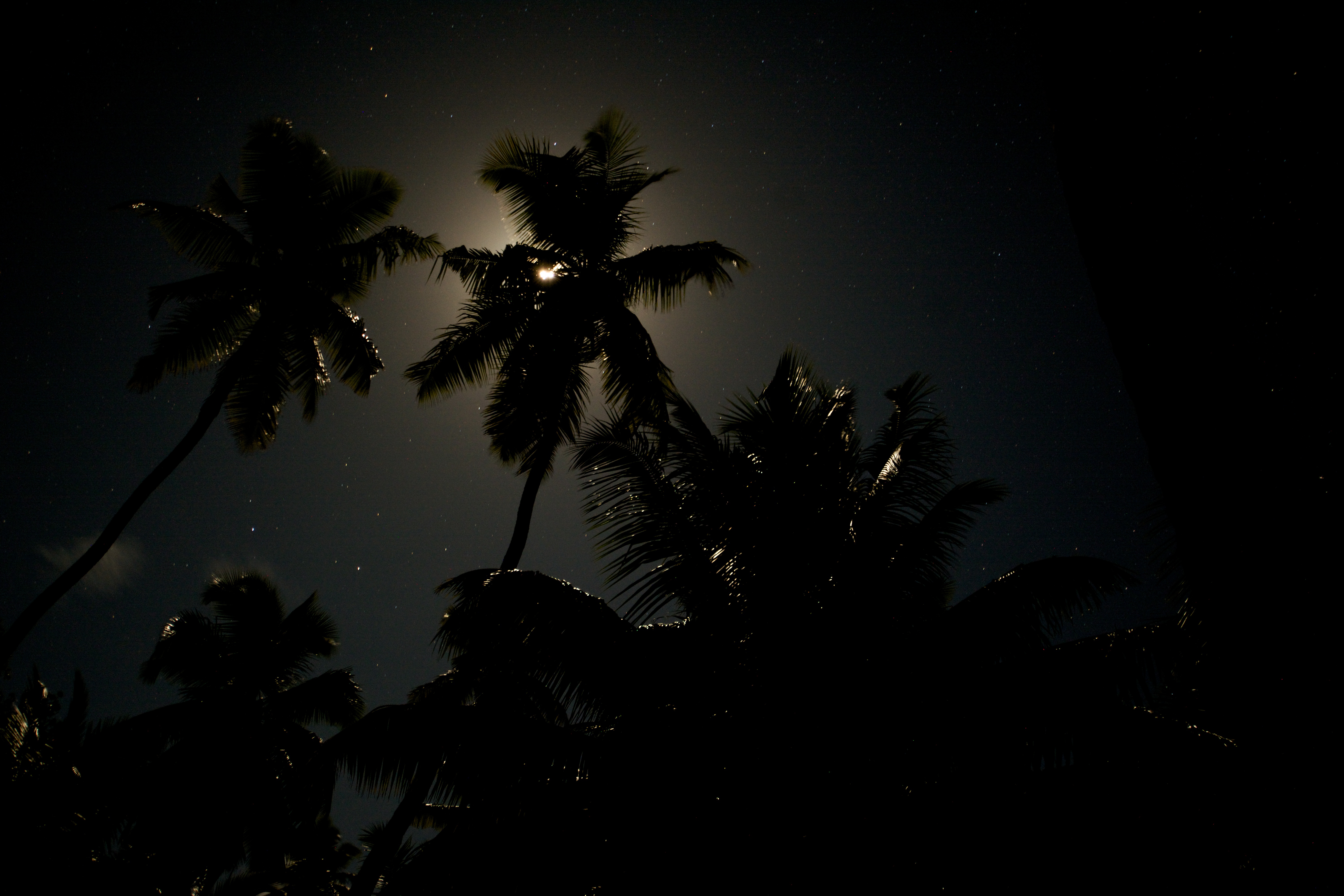 Most nights, just before falling asleep and while listening to the birds and the breaking waves on the outer reef, I thought how privileged we were to work and study in such a remote and unique place. And I promised myself that I’d do anything to understand and help protect this little paradise with all my strength and capabilities.

Last but not least: thanks again to the ‘Atoll Refugees’ – Kat, Sacha, Nadia, Chantel, Chris and Kerryn – for your outstanding help, support and friendship. You really made this first sampling season a huge success!