A rare insight into the habitat requirements of large Aussie sawfish

A handful of saws from young largetooth sawfish Pristis pristis collected from The Gambia River in 1974. © Photo by Ruth H. Leeney
By Barbara Wueringer, 25th November 2020

Sawfish are very unique creatures, which sometimes poses problems when working with them. The saw of a large sawfish can easily be one the biggest safety hazard you will face during fieldwork. But these animals have another adaptation that has made it difficult to attach tags to them. As the animals often come into shallow waters they have the ability to loosen up their dorsal fins, allowing the fins to fall on the side.

When I worked with captive largetooth sawfish (Pristis pristis), locally in Australia known as freshwater sawfish, a decade ago, I realized that in situations that I interpreted as likely stressful for the animals, their two dorsal fins would not stay upright anymore. In captivity, these situations included water changes where the water levels in the tanks were first dropped and again raised. 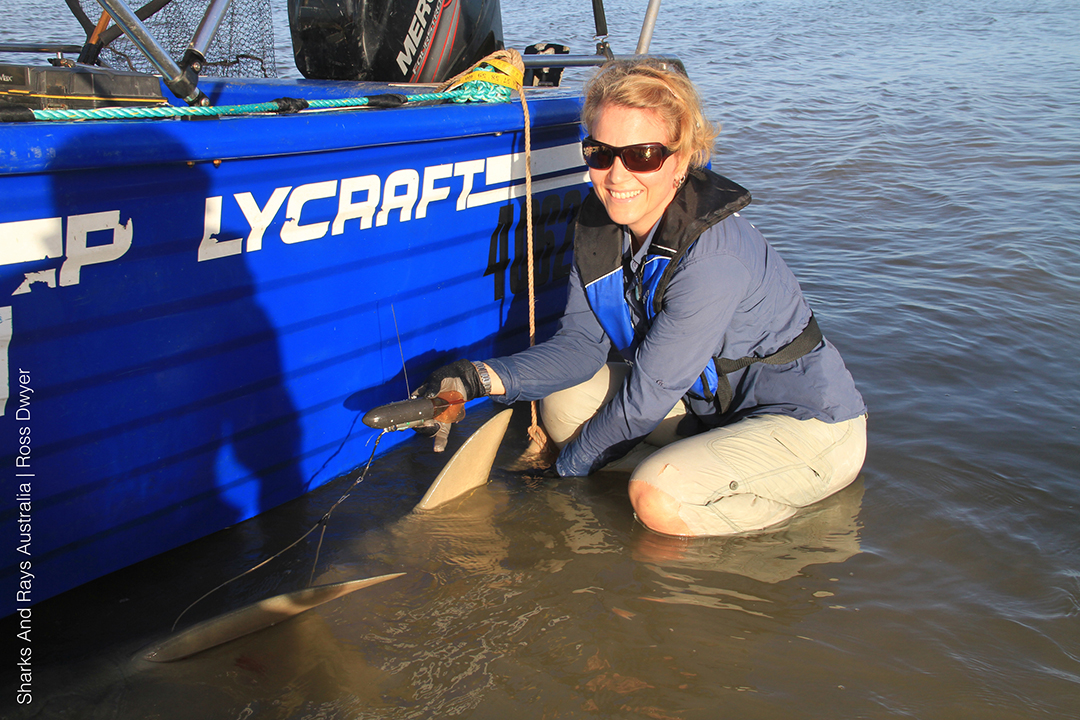 Dr Wueringer holds a towed SPOT-253 tag from Wildlife computers that has been attached to a sawfish. Note the first dorsal fin of the animal falling to the side. Photo © Barbara Wueringer.

In the wild, when juvenile sawfish venture into shallow waters of 20 cm depth or less, they could easily fall prey to terrestrial predators such as wedgetail eagles, which can reach a wingspan of 2.8m and are commonly encountered in the outback, and near rivers in Northern Australia. This means that it might not be stress, but the low water levels that caused the fins to drop!

The floppy fins pose some difficulties in attaching satellite tags to the dorsal fins of sawfish. The last time that sawfish in Australia, according to our knowledge, were tagged with satellite tags was in 2008 (Stevens et al. 2008). The authors tagged 7 sawfish (5 P. clavata and 2 P. zijsron) with SPOT tags that were bolted to the tip of the dorsal fins of sawfish. These tags are commonly used on sharks, and they can only connect to a satellite and send a location point when the dorsal fin breaks the surface. Additionally, one pop-up satellite archival tag was put on another P. clavata. While the PAT tag provided depth data and popped off from the animal after 49 days within a few km of the tagging location, the SPOT tags only provided a handful of locations each (Stevens et al. 2008).

Since then, satellite tagging of sawfish has come a long way, and thankfully with the information provided by our American colleagues, our tagging has been more successful. They successfully trialled the methods of attaching towed tags to large smalltooth sawfish (Pristis pectinata) – for more info see Carlson et al. 2014, Guttridge et al. 2015, Papastamatiou et al. 2015- and shared their set up with us. The dwarf sawfish that has been tagged is ready to be released. Photo © Barbara Wueringer.

The next challenge for us was to find sawfish that were healthy (i.e. did not have their saws amputated) and large enough to tow the tags. In March 2019 it finally all came together and we were able to deploy two of our towed SPOT (smart position and temperature) tags! The first one was deployed on a 280cm long, and likely sexually mature female, Dwarf sawfish (Pristis clavata) and within 24 hrs the second tag was deployed on a 300cm long juvenile green sawfish (Pristis zijsron).

One tag detached after about 3 months while the other one stopped sending location data 10 months after deployment. However, while the analysis and project are still ongoing, we can already see that the data we have received is amazing.

One of the most important outcomes of the tag deployments is that we were working with a commercial fisher on this expedition, who now knows how to deploy tags for us and is excited to do so. So we hope that the next tags won’t have to wait another 3 years to be deployed, as we all work together to find large sawfish. 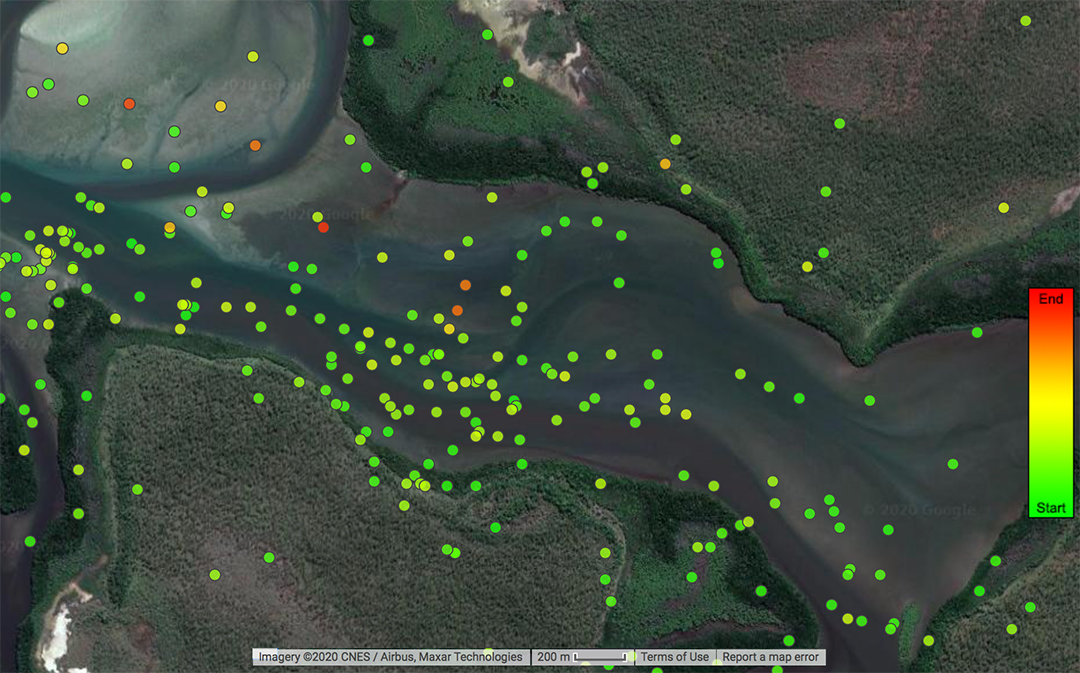 This image shows a subset of the raw location fixes that we received from our tagged green sawfish. Each dot represents a location fix. Location fixes can have errors (including land based lcoations), especially when a tag does not surface long enough to send its data to the satellite. Image © Google Maps

This project has received funding by the Save Our Seas Foundation, the Seaworld Research and Rescue Foundation Inc., and the Sydney Aquarium and Sealife Trust.