A new shark species for Albania 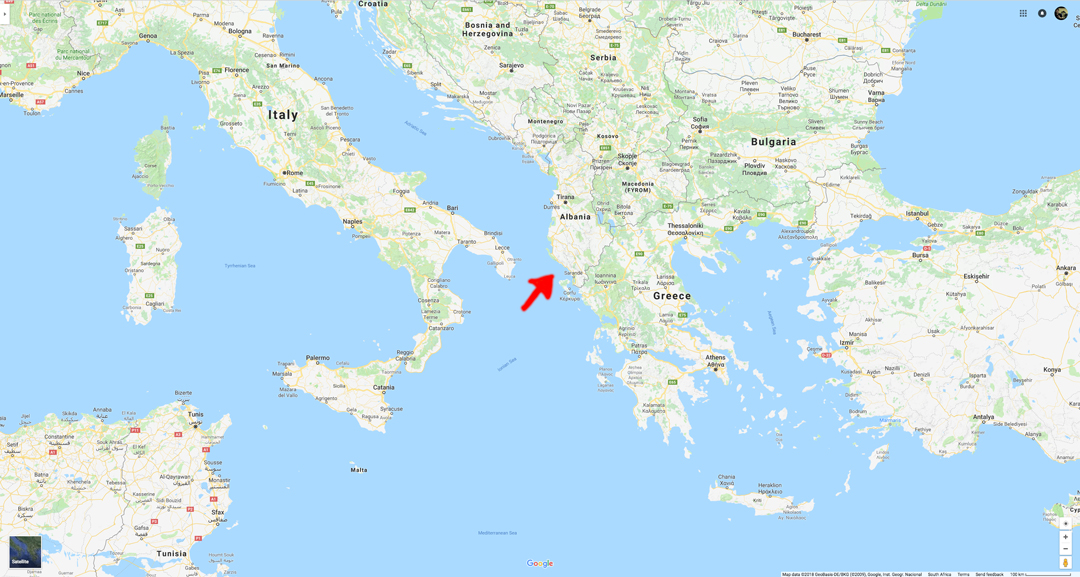 On 19 October 2017 a bigeyed sixgill shark Hexanchus nakamurai was landed at the port of Himara in southern Albania by a professional fishing vessel. The shark had been accidentally caught in a gill net near Himara set at a depth of 550m (1,800ft). It measured 230cm (7ft 6in) total length and 175cm (5ft 9in) standard length, and it weighed 85kg (187lb). Based on Ebert (1990) and Ebert and Stehmann (2013), the maximum recorded size of a bigeyed sixgill shark is approximately 180cm (5ft 11in) total length, but this individual was at least 50cm (1ft 7in) bigger. 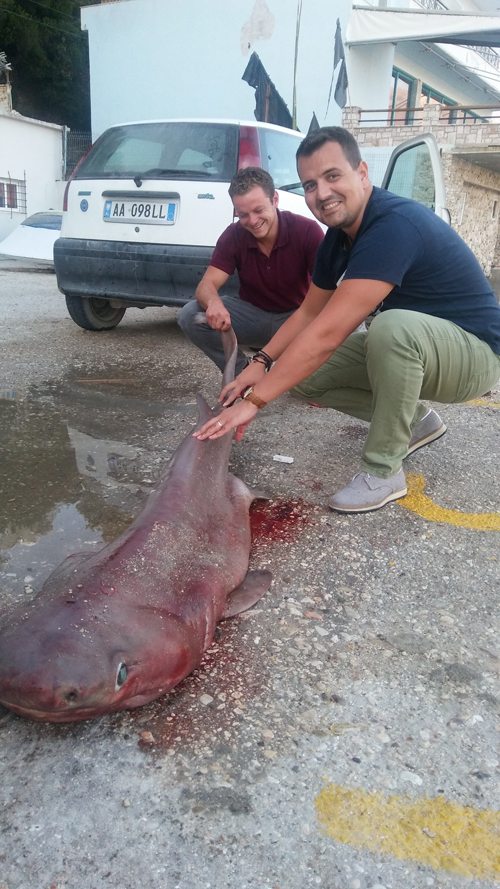 Because of the extraordinary size of this specimen, the usual criterion for separating the bigeyed sixgill shark from the bluntnose sixgill shark H. griseus – ‘the dorsal fin to be separated from the upper caudal lobe by a distance much larger than the length of the dorsal fin base’ – could not be applied. Moreover, this is a criterion used to separate individuals of different species and of comparable dimensions, not for single specimens. Another characteristic for identifying the bigeyed sixgill shark is its rows of teeth. 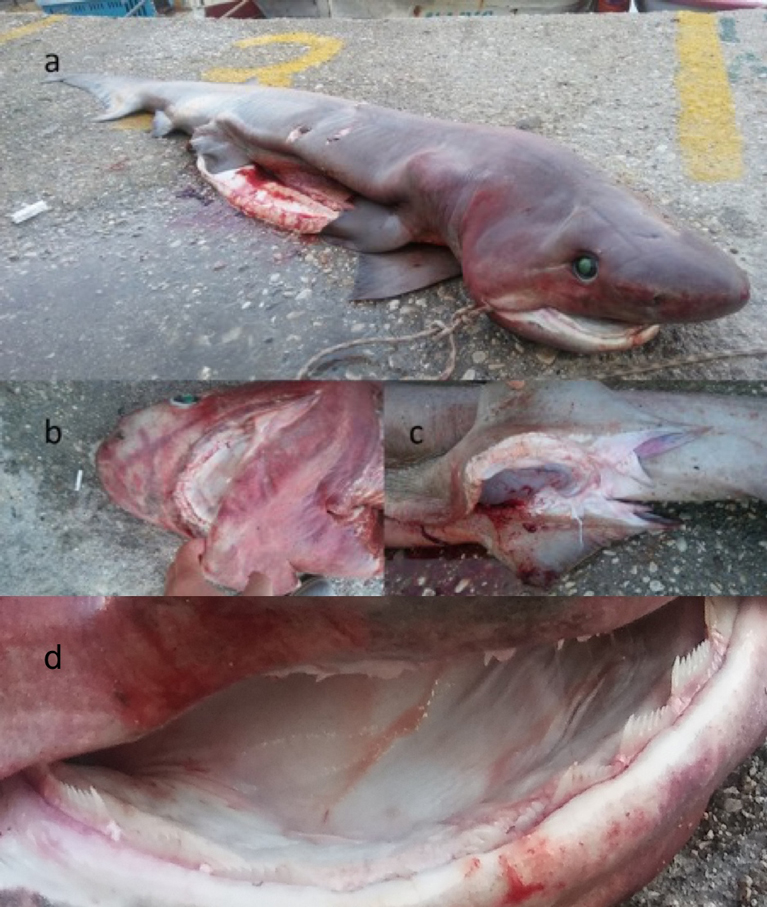 This landing was the first record of a bigeyed sixgill shark in Albanian waters and confirms the presence of this species in the Mediterranean.