A look inside a lemon

Springtime at the Bimini Shark Lab is usually all about lemon sharks. The mangrove-fringed islands of Bimini are home to one of the longest-running studies on sharks. Each year pregnant lemon sharks drop their pups in the shallow waters around the islands and the juveniles spend the next several years of their life in these mangrove nurseries.

Genetic analysis has revealed that lemon sharks born in Bimini often return to the islands to drop their own offspring, a behaviour known as natal philopatry. In early May 2017, Shark Lab staff caught a mature and apparently near-term gravid female lemon shark on a fisheries-independent long-line set in the shallow waters off South Bimini. The staff members could see no external tags indicating a previous capture and were jubilant at the prospect of acoustically tagging another pregnant lemon shark for ongoing research. 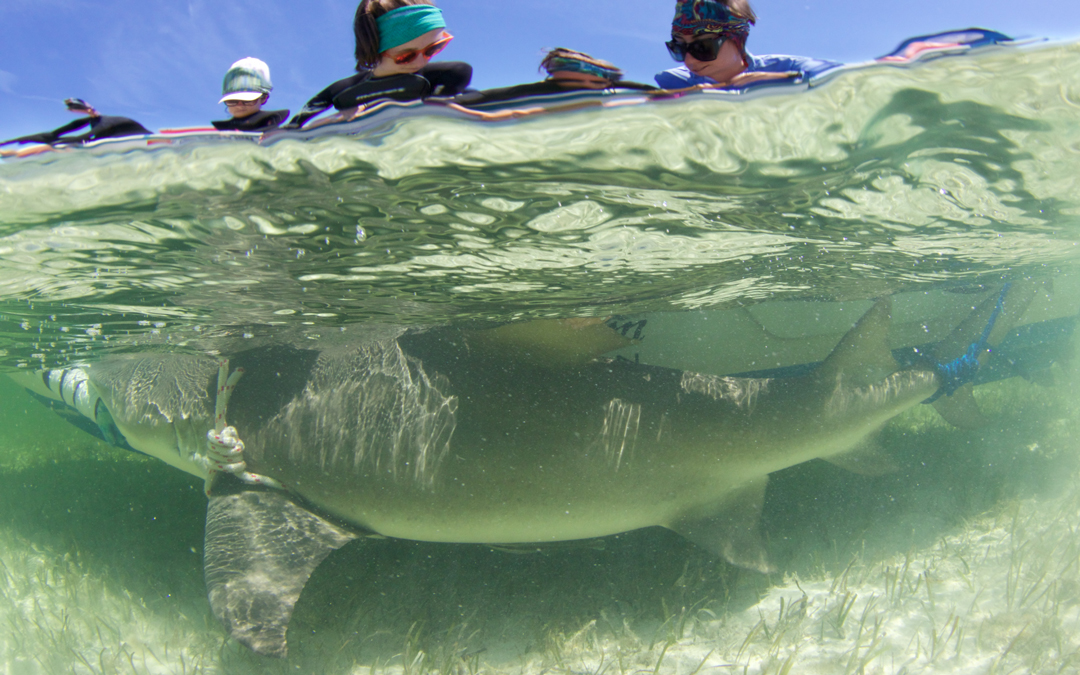 The pregnant lemon shark is secured to the side of the boat. Photo by: Matt Smukall | © Bimini Biological Field Station – Shark Lab

They quickly brought her alongside the research vessel, measured her and rolled her into tonic immobility. Using ultrasonography, they confirmed that she was indeed pregnant and, understanding the importance and sensitivity of this shark, they prepared to gently but quickly implant a 10-year acoustic transmitter. While gently feeling along the abdomen, the surgeon felt a small object just under the skin and proceeded to manoeuvre it slowly out through the five-centimetre incision through which the new tag was implanted. Much to everyone’s surprise, the object was an old acoustic tag. The shark was quickly released from the boat, now equipped with a new 10-year acoustic tag. 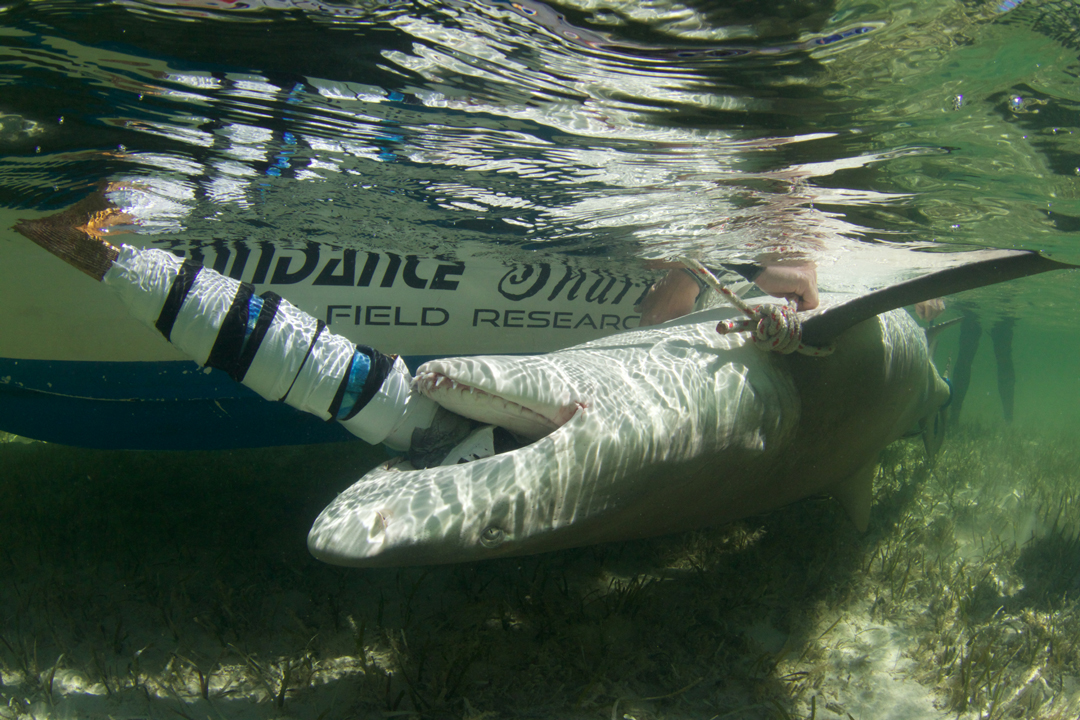 The shark is rolled into tonic immobility so that an ultrasound can be taken and an acoustic tag inserted. Photo by: Matt Smukall | © Bimini Biological Field Station – Shark Lab

Once back at the station, the Shark Lab staff began scouring the database and contacting previous researchers at the lab. Their investigations revealed a unique and storied past for this shark. She had originally been caught off South Bimini as a juvenile in 2002 and then again in 2004, when she was 119 centimetres long. A small acoustic transmitter (with an estimated battery life of four years) was implanted in her as part of an ongoing study to understand residency and movement patterns of juvenile lemon sharks. Now, 13 years later, she had returned to her birthplace in Bimini. The original acoustic tag had no apparent impact on her body or growth. She was detected two days later on acoustic receivers near the shallow waters of the mangroves off South Bimini, probably dropping her pups in the same nursery that she had used as a juvenile. 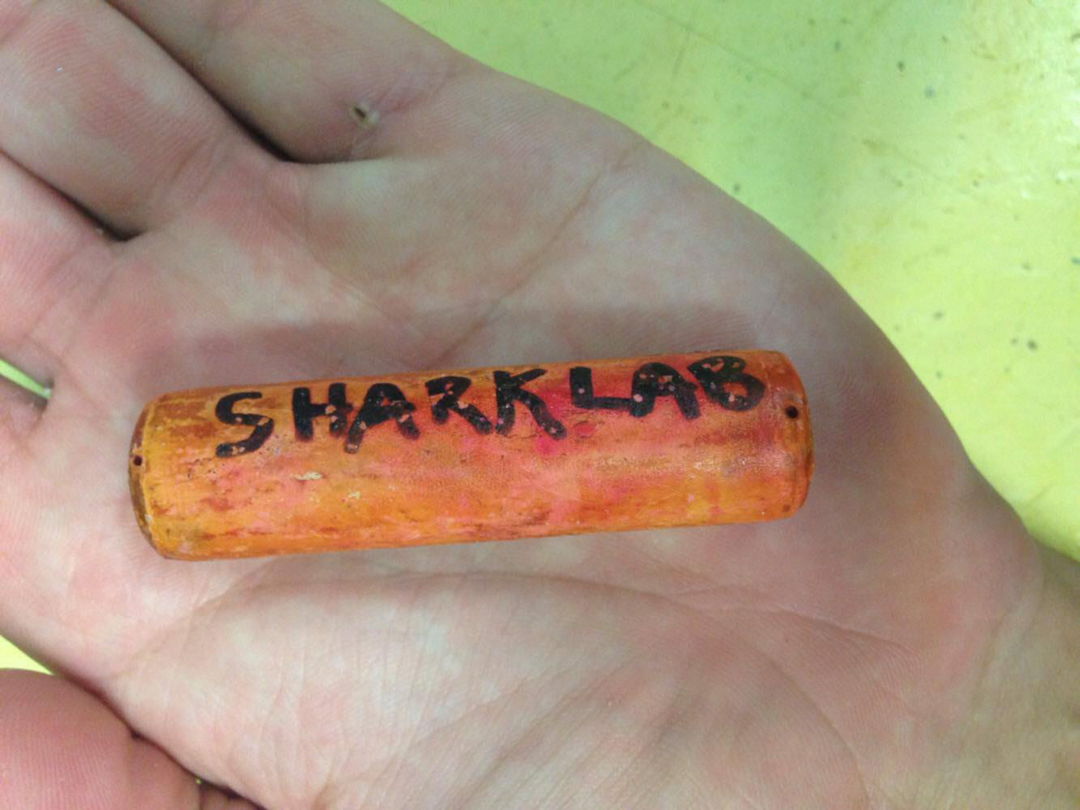 This lemon shark will help to advance the Shark Lab’s understanding of the species’ habitat use and natal philopatry, as well as the impact of long-term internal tags on sharks. Fingers crossed, she will return in future years and her offspring will grow up in the nursery grounds of Bimini. 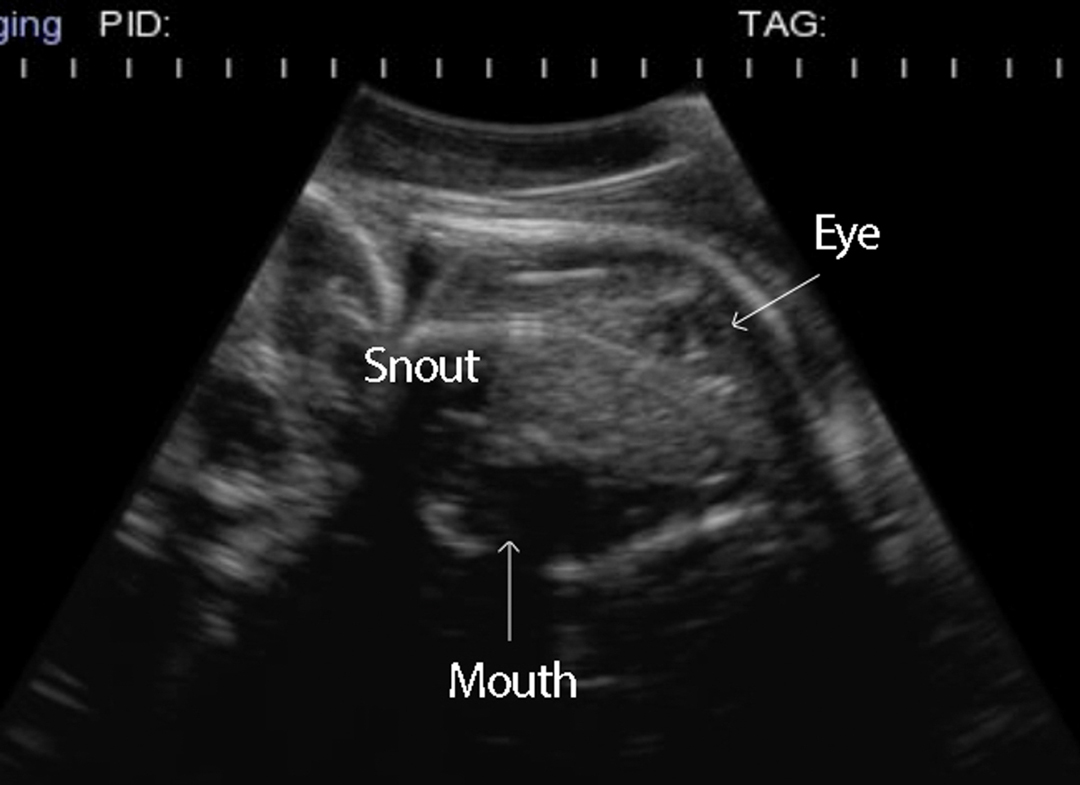