A glimpse into shark fishing from Madagascar’s remote islands

Since July 2014 shark fishers on the Barren Isles, a remote archipelago of nine islands scattered 40 kilometres off the west coast of Madagascar, have for the first time been collecting data on shark landings – and they’re doing it on smartphones.

Renowned in Madagascar for their healthy marine ecosystems and extensive coral reef system, the Barren Isles are a hotspot for traditional fishing. However, they are also a venue for the illegal diving for sea cucumbers and attract interest from industrial mining companies that want to exploit their guano wealth.

Due to the productive fisheries around the archipelago, it becomes a temporary settlement for hundreds of migrant fishers from villages along Madagascar’s west coast. The fishers stay on the islands for weeks, sometimes even months, at a time, even though being on scraps of land exposed to the elements, with no access to fresh water, makes life difficult for them. 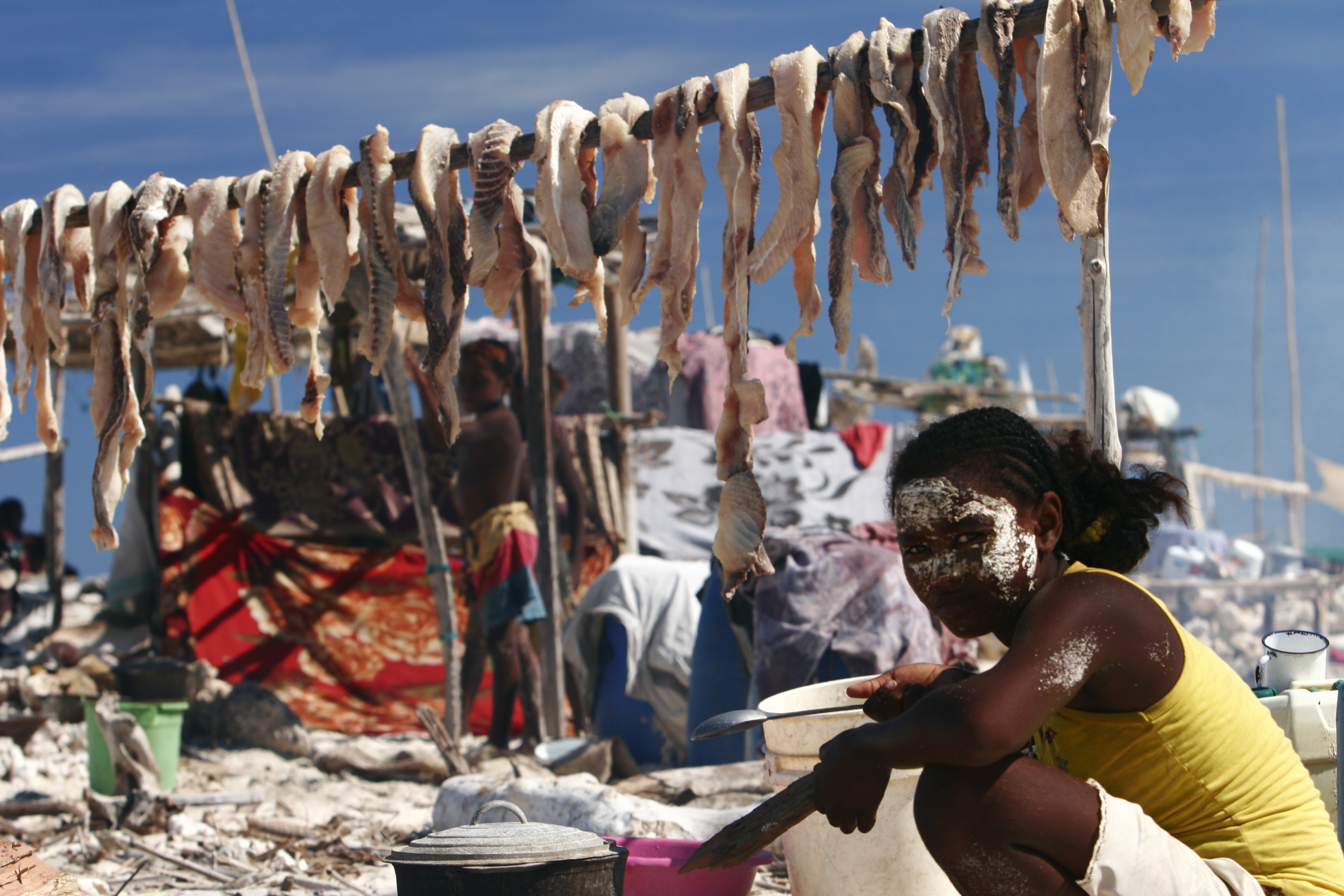 A woman prepares food in her temporary home on the Barren Isles. Shark meat is drying in the background. Photo © Garth Cripps

In order to preserve the archipelago’s ecosystems, Blue Ventures is working with the local communities to develop a community-managed marine protected area (MPA). Building a management plan with the community is vital to getting a clear understanding of important local fisheries and being able to inform decisions made by the MPA management committee. Fish catches have been monitored since 2012 and a community turtle nest monitoring and protection programme has been running seasonally since 2011.

Shark fishing is a major driver of migration to the islands, where shark populations are in better condition than elsewhere along the coastline. The intensity of the shark fishing, however, has led fishers in the Barren Isles to report that they are witnessing a decline.

‘I think it’s been 20 years now that I use gill nets. Without going too far from the shore, we could catch 15 to 30 sharks. Our boats were too small to contain them all. Now when I go fishing, I must put in a lot of effort to catch even a single shark.’ 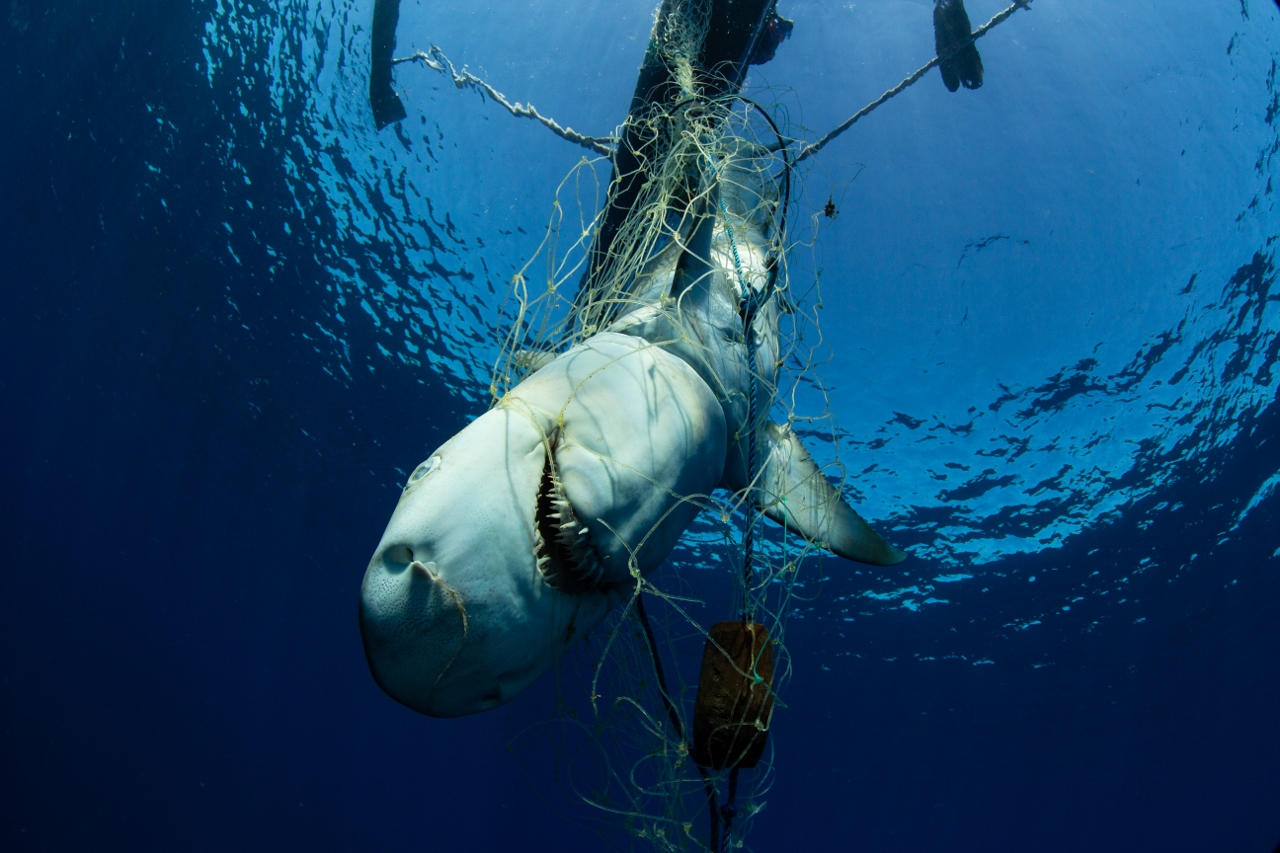 A shark is about to be pulled into a traditional pirogue at Nosy Dondosy, Barren Isles. Photo © Garth Cripps

It is difficult to grasp the extent of the exploitation of sharks in Madagascar because most of the fishing activities that land them provide no data for their catches. Sharks are overfished by traditional and artisanal fishers, are taken as by-catch by shrimp trawlers and are fished on an industrial scale (both targeted and as by-catch) by foreign vessels, all of which are likely to have contributed to the sharp decline in shark numbers observed in the water’s of Madagascar. 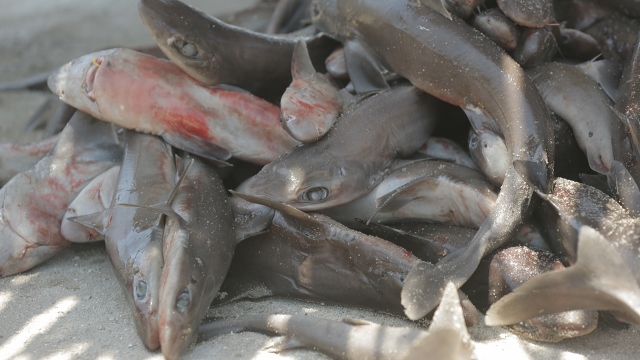 The shark by-catch from a shrimp trawler is sold to local fishermen in south-western Madagascar. Photo by © Garth Cripps

Blue Ventures is currently working with members of the turtle-monitoring team to capture data and take photographs of traditional shark fishing on the Barren Isles. During the monitoring off-season, the team members set out for the islands to fish as they normally do, but with additional equipment: smartphones and tape measures to record the shark landings they observe. Their proximity to fishing communities and ability to spend weeks on the islands enable them to carry out this task, though it’s one that the time, logistical and financial constraints of working in such a remote location would make almost impossible for a traditional scientific research team. 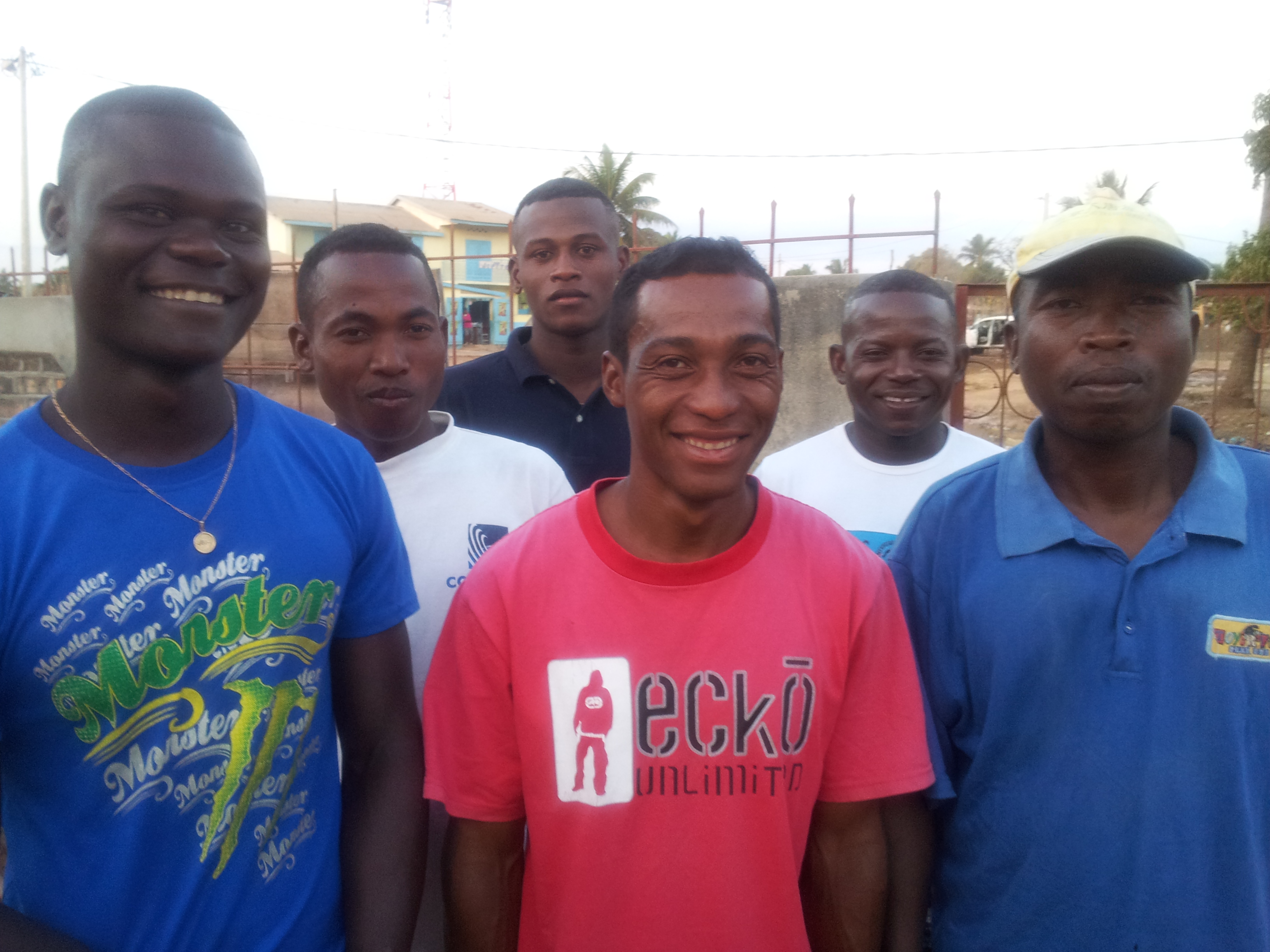 The shark fisheries monitoring team in the Barren Isles, who also monitor nesting turtles between December and May. Photo © Florence Pichon

Capturing data in such a resource-constrained context presents new challenges for Blue Ventures. With feedback from members of the community, our teams constantly refine the smartphone monitoring tools and our training and methods as the project evolves.