A day in the life of an ‘atoll refugee’

Those of us working on St Joseph atoll are affectionately referred to as ‘atoll refugees’, because usually by the time we leave the atoll we’re a bit worse for wear and smelling rather fragrant. We come bearing tons of gear, which is floated precariously over the reef edge on top of a kayak or paddle board to where our pick up boat awaits. This is our life and we love it.

Getting to the atoll from D’Arros Island is a joy in itself, as it gives us time for us to take in the beauty of the place in which we work as the boat planes over crystal blue water. If we are lucky (which we have been) we are often greeted by Manta Rays, Risso and Spinner Dolphins and dozens of Hawksbill and Green Sea Turtles.

The shark nursery work can involve long and hot days trudging through water and kayaking against strong currents with all our equipment, but it is all worth it when you get to hold a juvenile shark and study its physiology up close. These guys may be small (on average about 60cm), but are can also feisty, therefore much respect is paid when handling them. 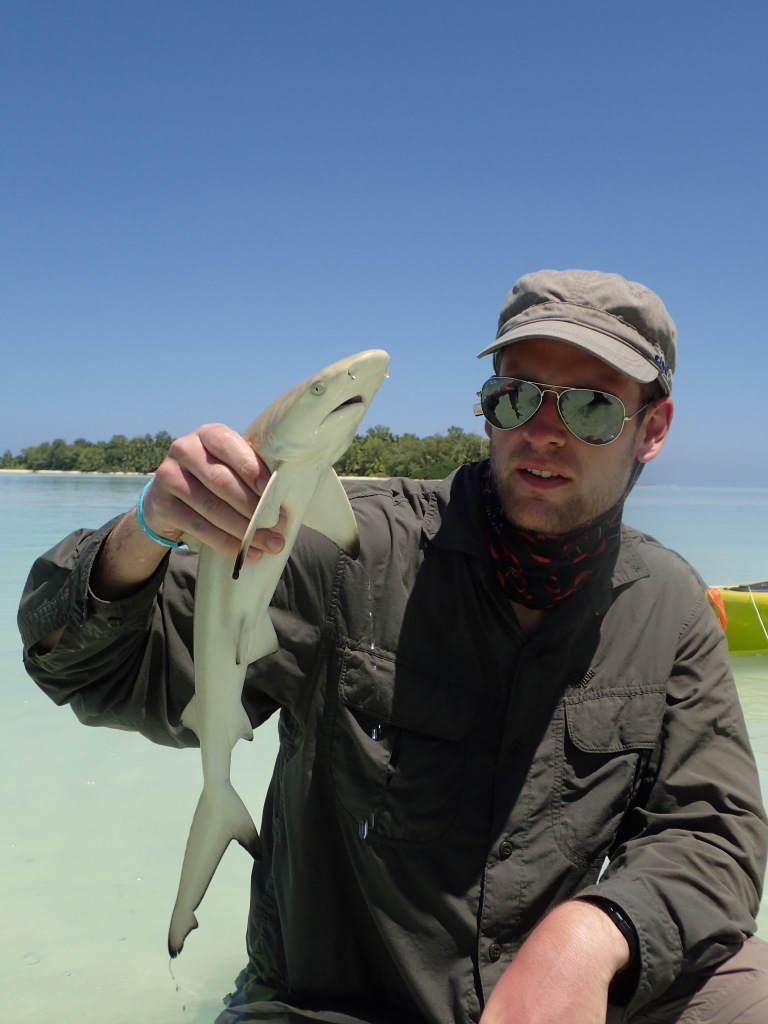 Morgan with a juvenile blacktip reef shark at the St. Joseph Atoll. Photo by Ornella Weideli | © Save Our Seas Foundation

If we time it correctly with the tides, we also sometimes get to encounter large blacktip reef and sicklefin lemon sharks while they are hunting. This spectacle involves dozens of fish escaping the murky waters for the sky as they jump for their lives, while the sharks race in behind them. Their speed and agility is extremely impressive.

Evenings are spent relaxing around the fire, where we are entertained by the hundreds of hermit crabs that seem to multiply with every passing night. There is some stiff competition amongst us as to whose hermit crabs are the strongest, fastest or most abundant! We also have the delight of night fishing under a milky way so bright and clear it takes your breath away. To top it all off, seeing those juvenile sharks at night with their pupils all dilated is something that would melt the hearts of all non-shark lovers out there! 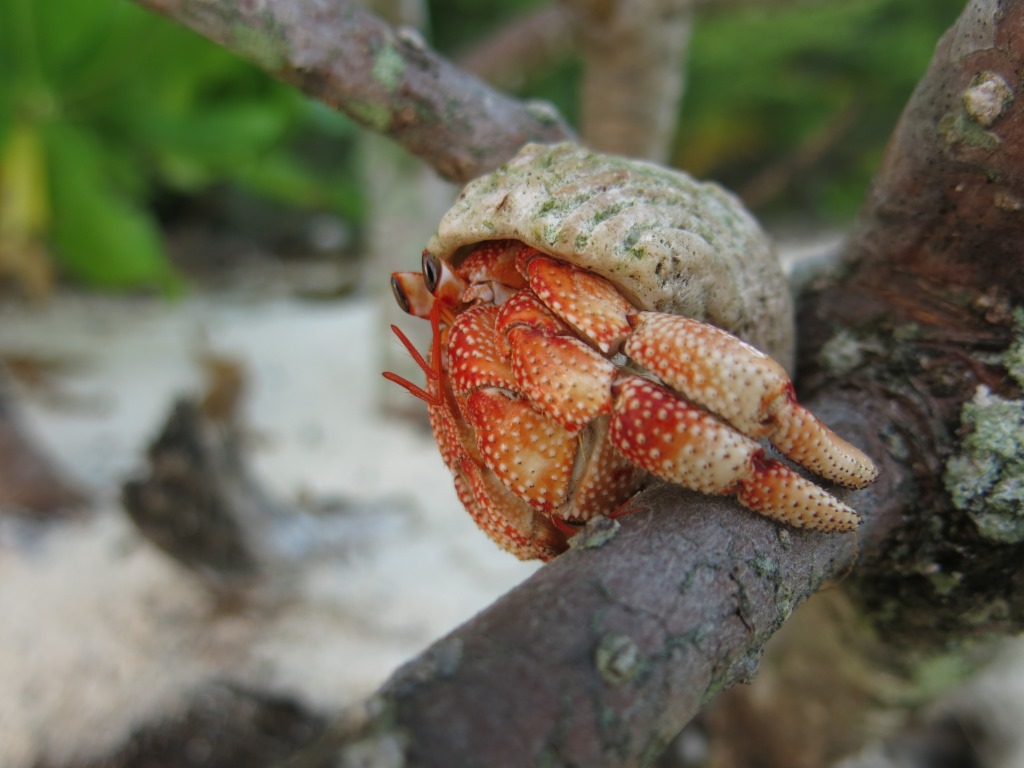 A hermit crab just outside of our camp at the St. Joseph atoll. Photo by Sacha Di Piazza