Since arriving at the Sharklab as interns, we’ve been responsible for collecting different elasmobranchs species for ongoing research projects. One of our target species is the southern stingray (H. americanus).
To find the rays we patrol shallow waters with skiffs and ideally when one is spotted we maneuver the boats and corral it towards the mangroves. Once in the mangroves people will slip into the water with nets and surround the ray, increasing the chance of a successful capture. When we land a ray we will bring it back to the boat, put it into a deep tub, and PIT tag scan it to see if we can bring it back to be worked up and logged into our data. However, the stingrays sometimes have other plans and make capture more difficult for us.
On “dark” days we come back to the lab without having caught a single ray. 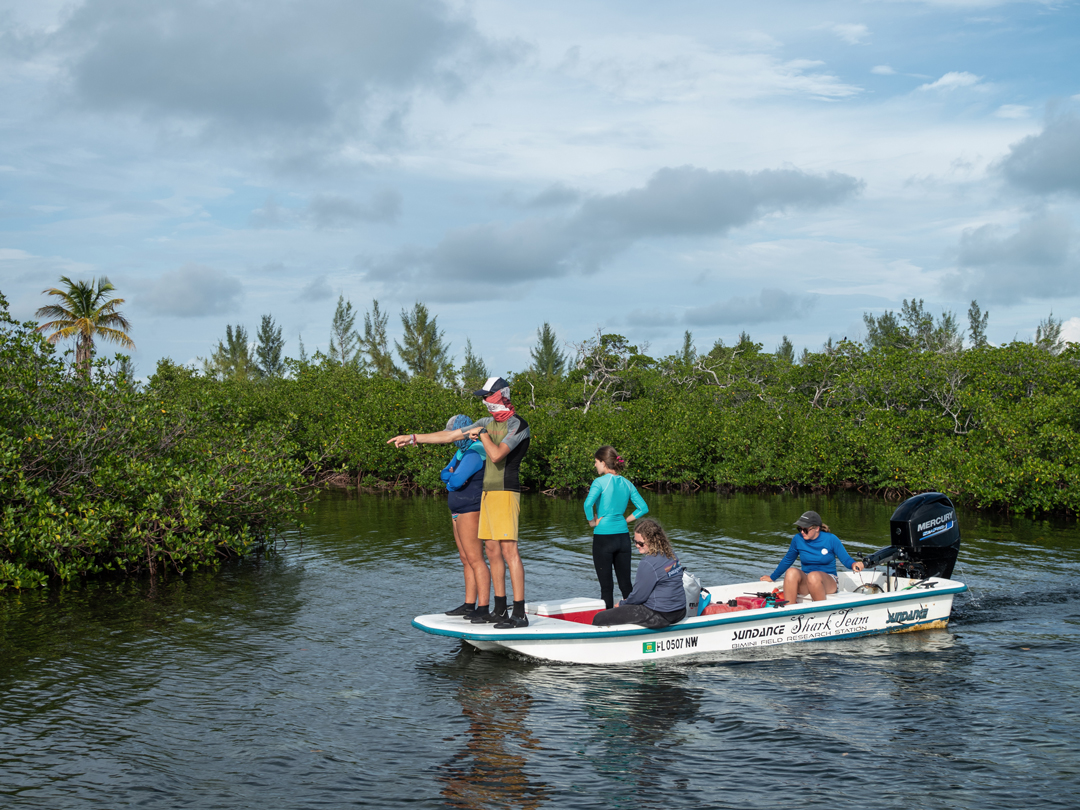 Thankfully, our last trip was a little more exciting.

We started patrolling after lunch and quickly saw 2 rays swimming near the mangroves. Five of us hopped into the water and tried to outmanoeuvre them but with a burst of speed they got away. Same thing happened with the next three; one of them we were able to surround but it swam over the nets. The afternoon wasn’t looking too promising…

We were just about to get back into the boats when another couple of stingrays were spotted swimming in the shallows. Nets went into the water and we were raring to go. The first ray took off. The second tried to juke us, but we were prepared and easily surrounded her with the nets. We were finally able to land a good-sized female that we could keep for a work-up.
That first ray was the turning point for the rest of the day. One after another we kept catching more and more rays, some in close proximity to the one prior; I couldn’t believe they didn’t move when we caught others only 5m away. The last and 8th capture of the day was the most exciting.

Patrolling the shallows behind the lab, we spotted her swimming on the sand banks. Using the boats we tried corralling her towards the mangroves, but she wouldn’t have it. Everyone who could jump in did, to try and surround her in open water. The boats blocked her from either side if she went wide, while we stopped her from escaping to deeper waters. After 10 minutes we were able to loosely surround her; when closing in, she started to move up into the water column trying to go over the nets. Having one already getting away like that we were ready for it and easily scooped her up. 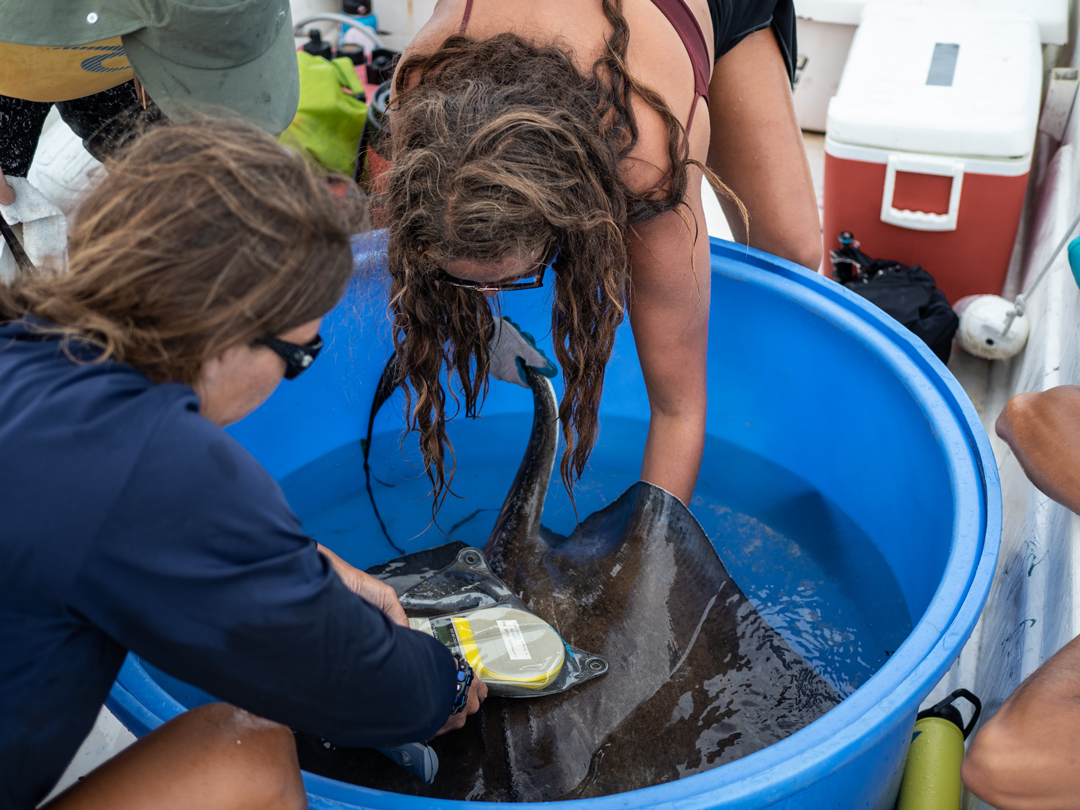 A southern stingray is scanned to check for a PIT tag. Photo by Sophie Hart | © Bimini Biological Field Station Foundation

Confirming via radio that we could take her back with us, we drove her the short distance to the pen and celebrated our amazing 8-ray day!