‘So what do you do?’
‘I’m a biologist. I work with sawfish.’
‘Starfish, really? How exciting!’
‘No, no, SAWFISH! You know, its body looks like a shark’s, but it also has a long saw with teeth down the sides! Do you know what I mean?’

This is a conversation I have had many times. Although I could blame this little misunderstanding on the fact that my native tongue is German, over the 12 years that I have lived in Queensland and worked with sawfish, I have come to realise that there is also another, more important reason.

Many Queenslanders have never heard of sawfish. Even fewer people are aware of the fact that northern Australia, including Far North Queensland and the Cape York Peninsula, is probably the last global stronghold for four species of sawfish. This phenomenon may be explained by the low population density and little tourism of the Cape York region. Another reason could be that the rivers and coastal regions of Cape York, which sawfish inhabit, have very poor visibility and are a prime habitat of saltwater crocodiles. Unless you accidentally catch a sawfish in your recreational fishing gear, these creatures are likely to remain hidden from you during your visit to Cape York.

For these reasons, I started thinking about setting up an organisation here in Cairns that would actively engage the public in research on the elasmobranch fauna of Far North Queensland and the Cape York region. In 2014 I embarked on a long, unmapped and rocky road through bureaucracy that greatly resembled the unsealed roads leading to our remote research sites. At the beginning of 2015, Sharks and Rays Australia (SARA) was finally incorporated and early in that year we signed a partial sponsorship deal with Polycraft Australia and Mercury for a small research vessel.

During the set-up phase, it became clear that the involvement of Indigenous Rangers in the ecological surveys run by SARA would be crucial. Over the past decade, the strong connection of Indigenous groups to their country has been formally recognised under the Native Title system, which provides Indigenous groups with exclusive or non-exclusive rights over their land. Most of the Cape York territory is now covered by a patchwork of Native Title rights. There, many Aboriginal Land Councils now run Indigenous Ranger programmes to manage their country. Indigenous Ranger groups also run Junior Ranger programmes to pass both ecological and traditional knowledge on to the next generation.

In September 2015, while SARA’s research vessel was still caught up in the process of commercial registration and therefore not yet launched, we decided to embark on our first trip to Cape York – without a boat. But even though I was impatient to begin the actual research – from a boat – Cape York did not disappoint. 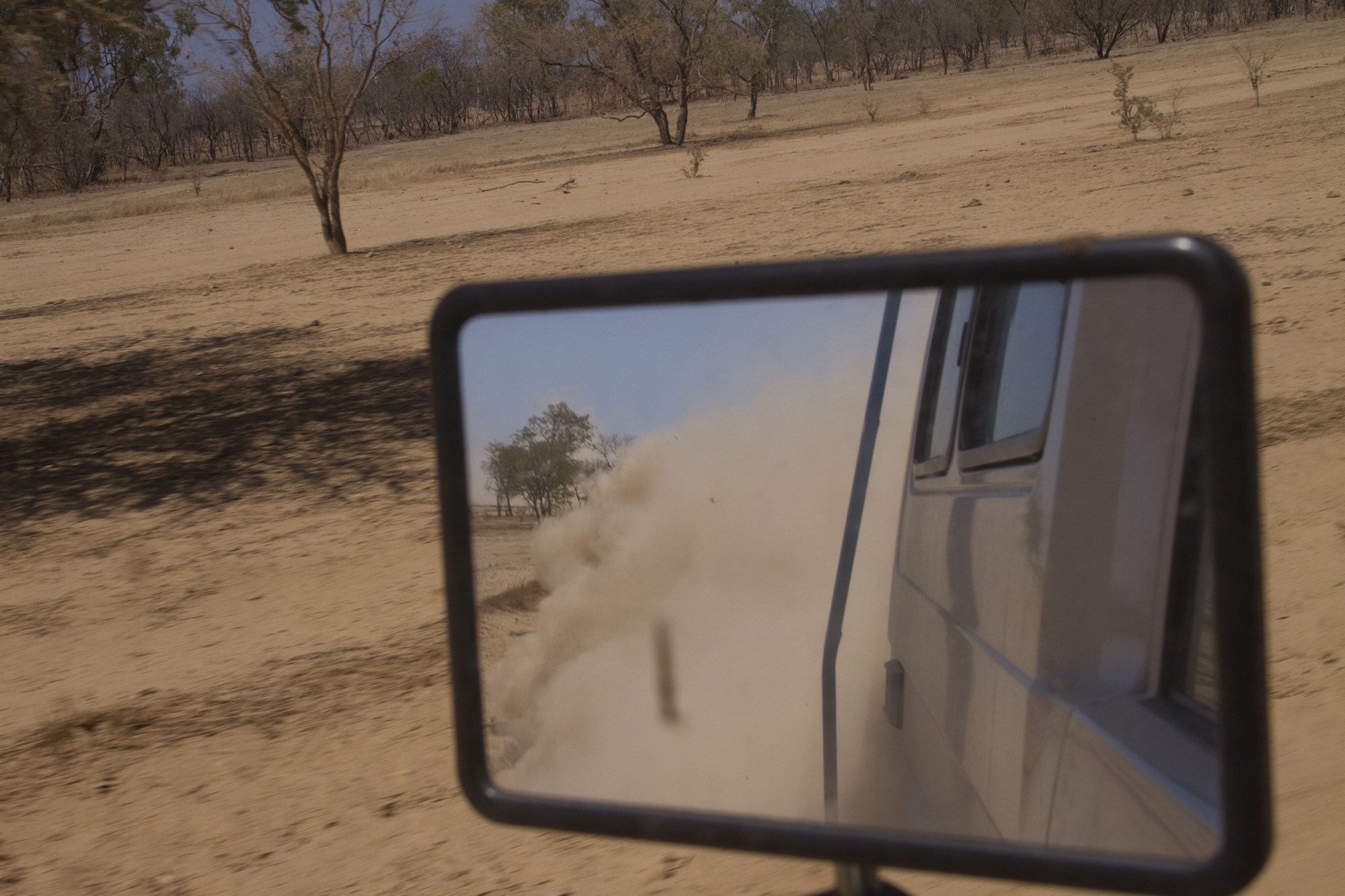 We were heading to Kowanyama, the largest Indigenous Community on Cape York. The community is located on the west coast of the cape, on the eastern side of the Gulf of Carpentaria, and is home to five different Indigenous language groups. The Indigenous Rangers of the Kowanyama Aboriginal Land Council are actively conducting ecological surveys and habitat restoration programmes. The drive to Kowanyama from Cairns takes about 12 hours, as most of the 600 kilometres of roads are unsealed. Along the way, we encountered lots of the unique wildlife of the Australian outback. 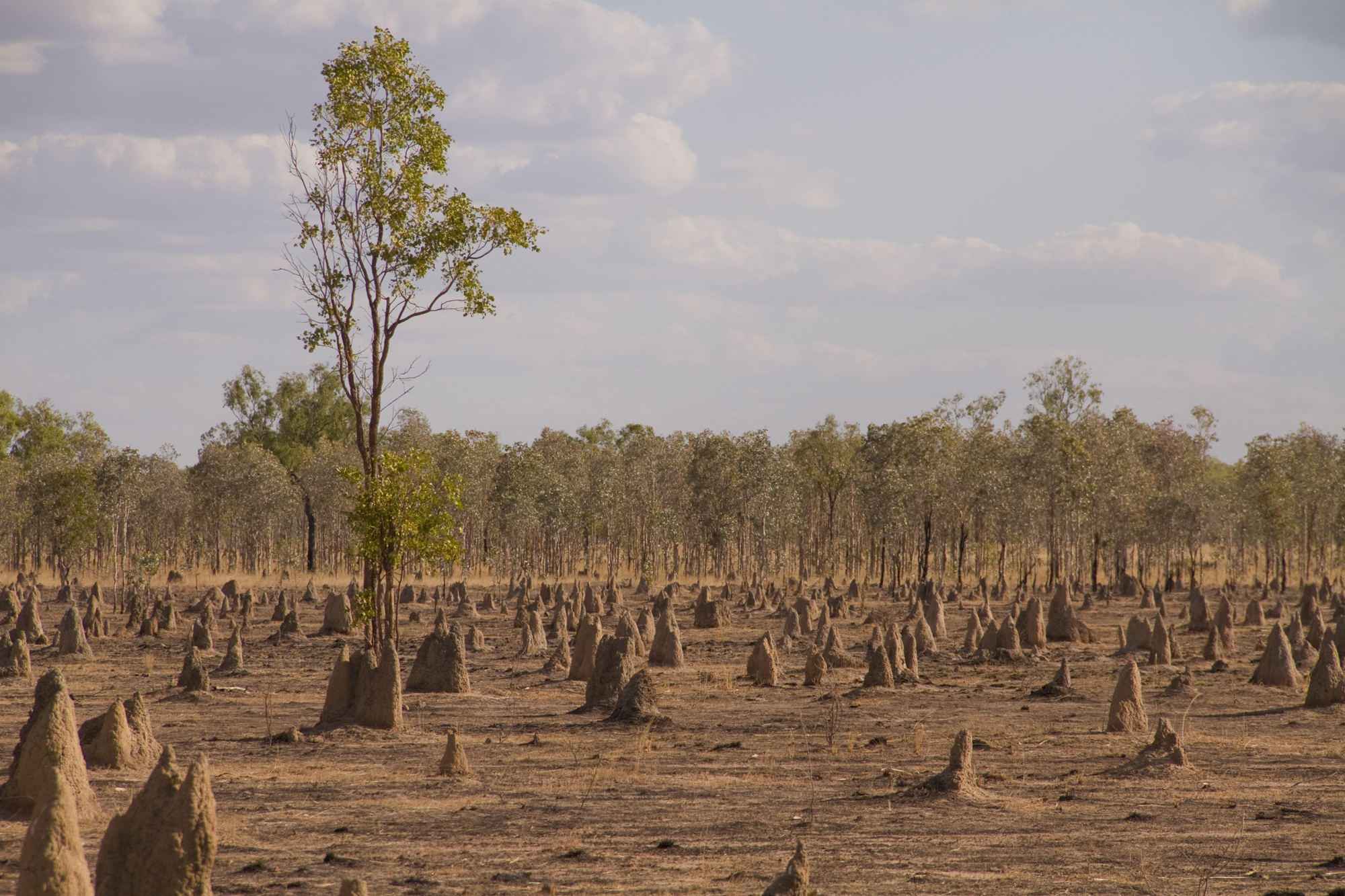 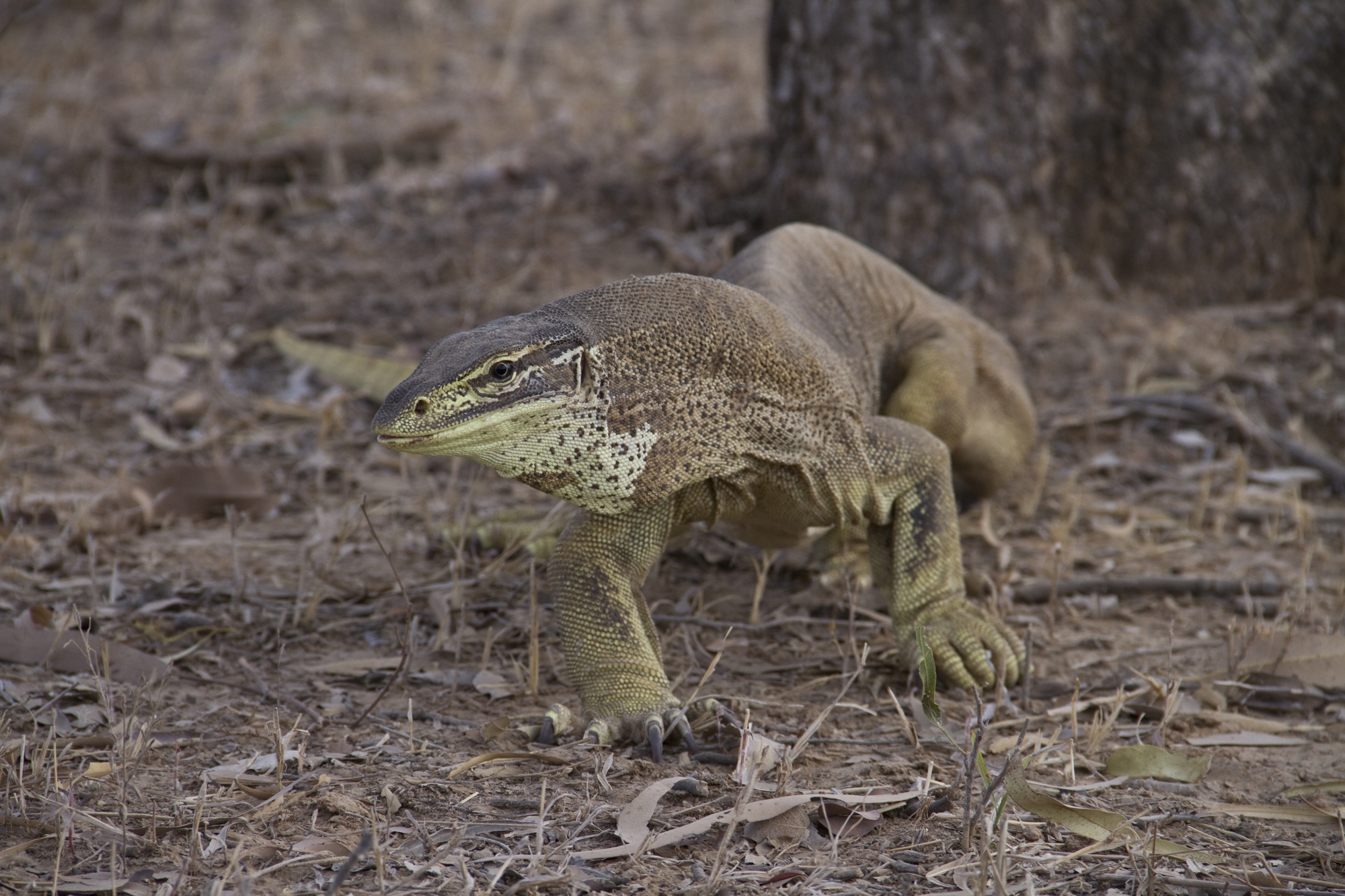 The yellow spotted monitor Varanus panoptes is widely distributed across northern Australia It can attain a total length of 14 metres. © Photo by Barbara Wueringer | SARA

The first night, we camped along the Mitchell River, about 250 kilometres inland of the Coral Sea in the east and the Gulf of Carpentaria in the west. Even here, at this dry campsite in the middle of the bush, we were reminded of the presence of sharks and rays in the rivers of Cape York. Next to our camping spot, we found the carcass of what was probably a juvenile bull shark hanging in a tree. With the fillets missing, it looked as if it had been left behind by recreational fishermen. Its presence in such a dry region made us marvel at the ecological adaptations of sharks and rays. 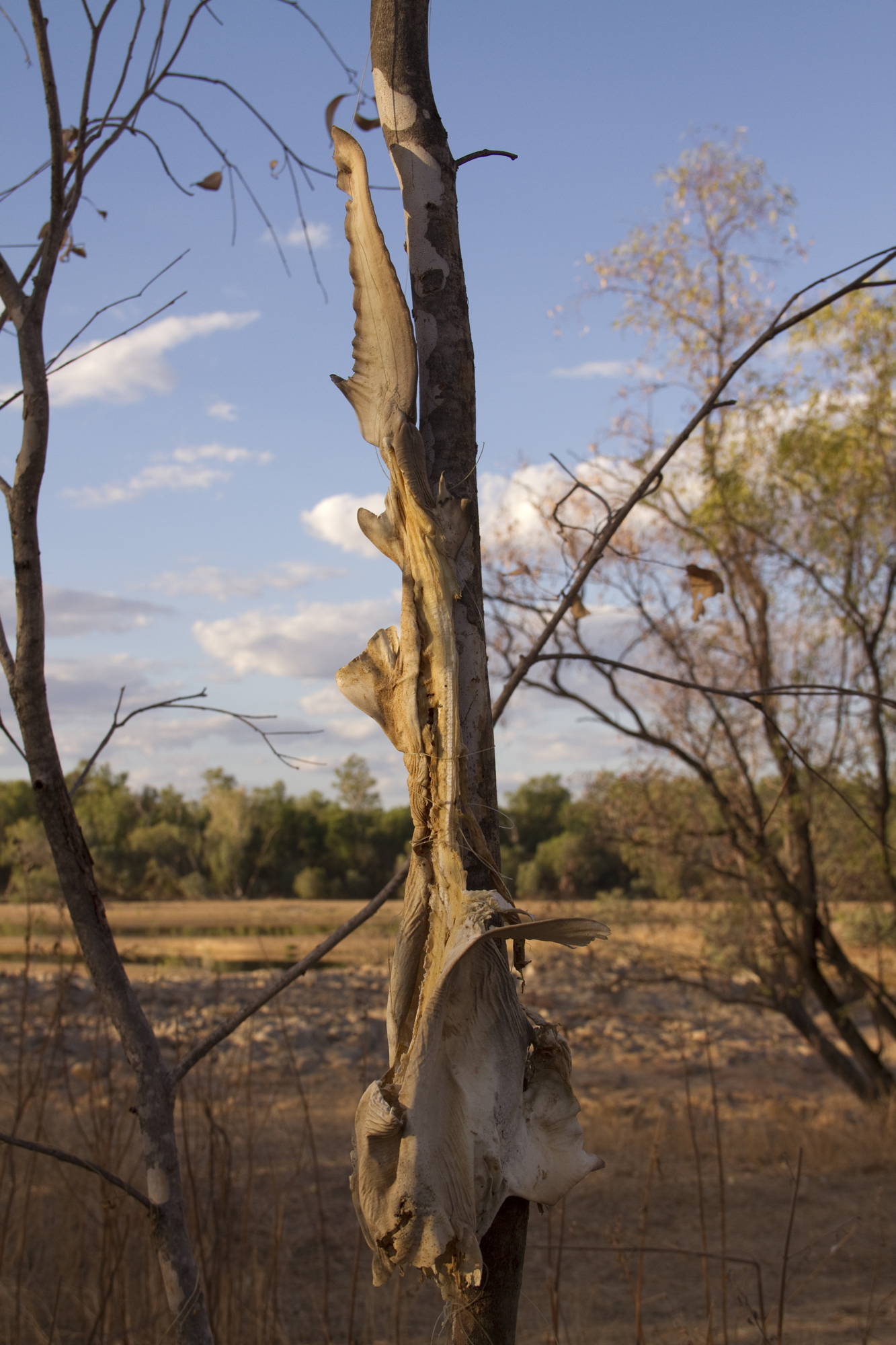 The mummified, incomplete carcass of what was probably a juvenile bull shark hangs from a tree In the background can be seen the small waterholes that are all that remains of the Mitchell River during the dry season. © Photo by Barbara Wueringer | SARA

In Kowanyama, we received a warm welcome from the local Indigenous Rangers. They provided us with first insights into their ongoing habitat restoration and ecological survey programmes and we discussed the potential of future collaborations for sawfish surveys. Now, while we are working out the details of this collaboration, we eagerly await our return to this beautiful part of the Cape York region and hope to put Kowanyama on the map with sawfish encounters for our research. 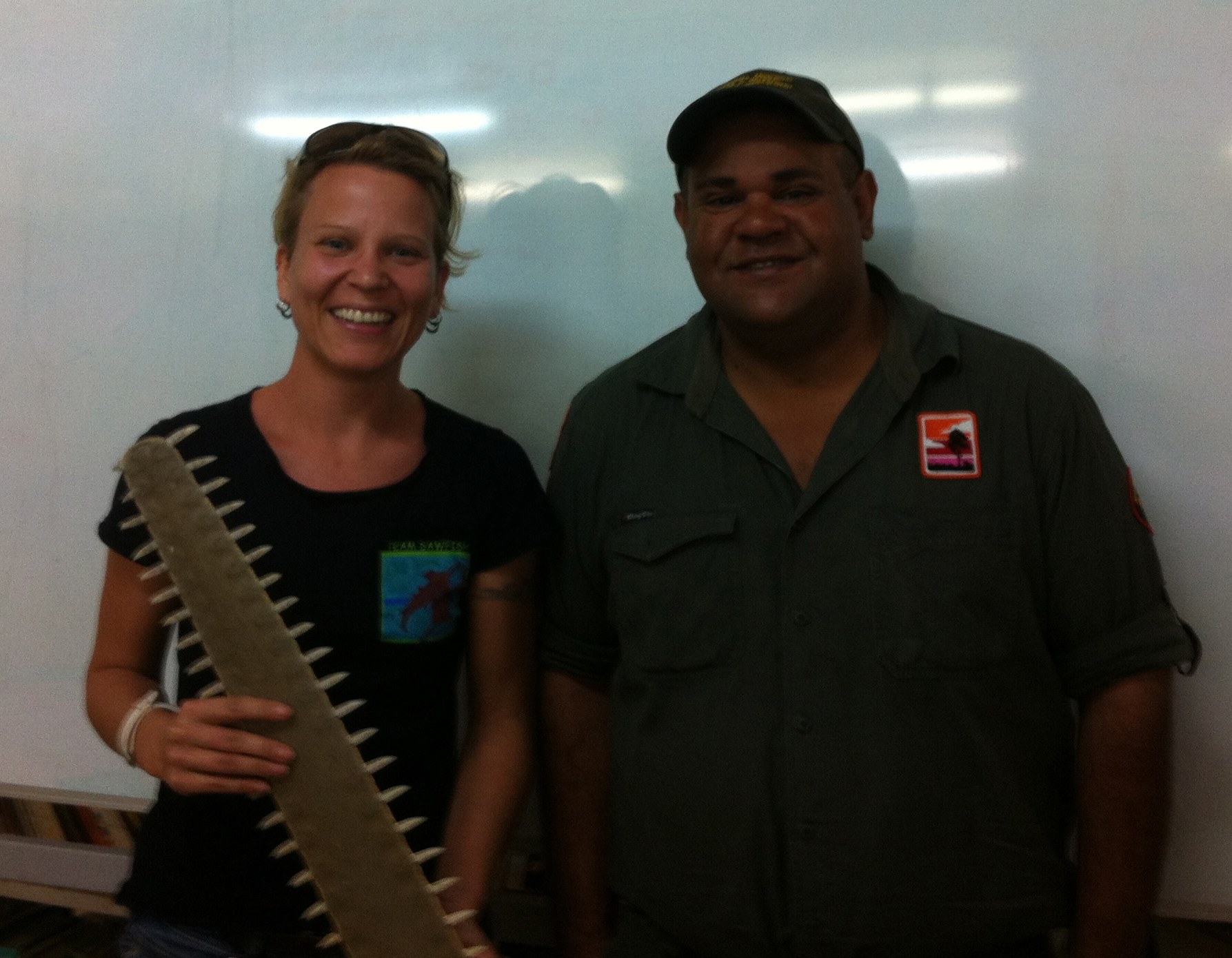 Barbara Wueringer of Sharks and Rays Australia meets Garreth Forrester, the senior ranger of the Kowanyama Indigenous Rangers to discuss collaborative work to tag and release sawfish on the western side of Cape York, Queensland, Australia. © Photo by Andrew Virgona | SARA

To keep up to date with Sharks and Rays Australia’s research projects, please follow us on Facebook or check out our homepage, where you can also submit sawfish sightings and subscribe to our newsletter.