The south-eastern coast of Florida is called the “Gold Coast”. But many marine biologists call it “Turtle Coast”. This is the coastal region where five species of marine turtles lay their eggs: the green turtle, the hawksbill turtle, the endangered leatherback turtle, the rare Kemp’s Ridley and 80% of all loggerhead turtles in Florida. From March till October the street lights are dimmed, so the hatchlings that emerge from the eggs in the sand will not be distracted by the lights of civilization, but instead head for their destination: the horizon of the open sea, where it is slightly lighter than on the beach. Any light on the shores would guide them into the wrong direction. 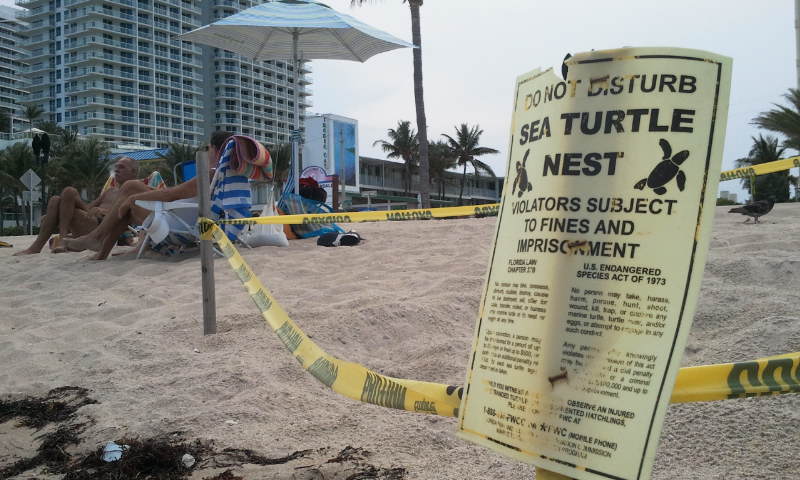 When Save Our Seas Foundation CEOs Peter Verhoog and Georgina Wiersma visited the Florida coast, they were pleasantly surprised by the yellow street signs that explained to the public why the street lights are dimmed. On the beach, all found nests are marked with yellow tape. A peaceful symbiosis between men and marine turtles. 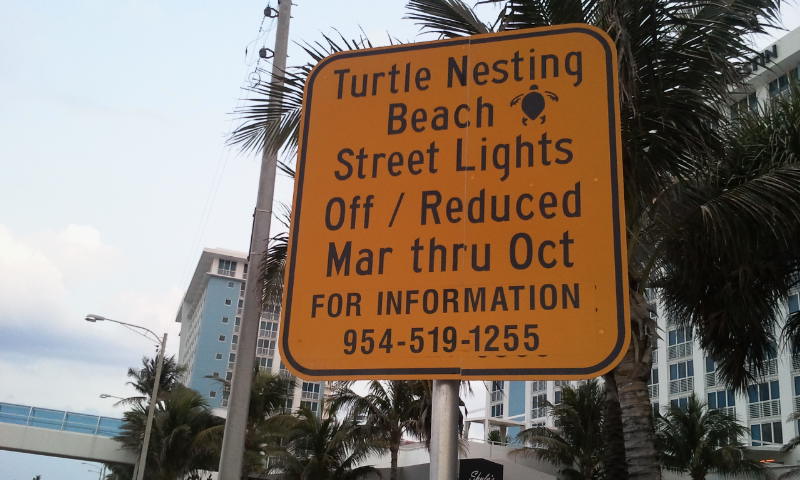 “All sea turtle species are listed as threatened or endangered. However, they once inhabited the world’s oceans in legions too numerous to count. Columbus’ ship logs describe them as so numerous that one could almost walk to shore on the backs of turtles,” says Dr. Jeanette Wyneken, a Save Our Seas supported researcher, of Florida Atlantic University. In the past 100 years, human factors such as accidental capture in commercial fisheries, beach development and pollution have caused their numbers to dwindle. That fact gives a sense of urgency to her research — which has already helped conservationists understand, and find methods to help reverse, declines in sea-turtle populations. 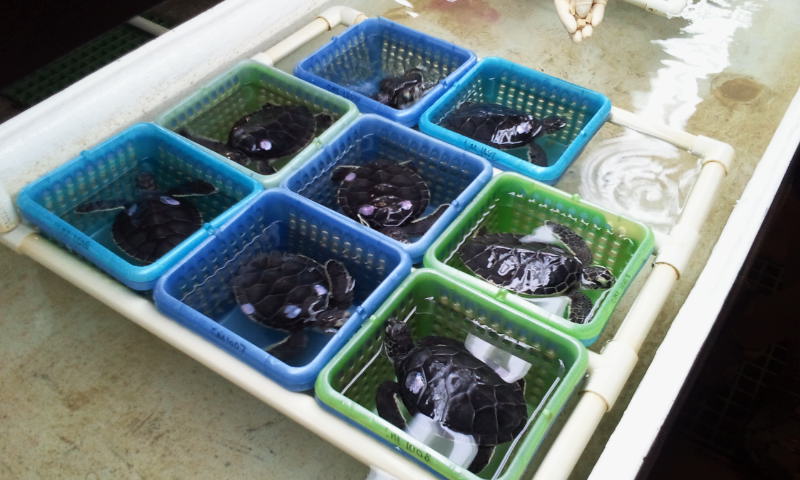 A volunteer feeds baby leatherback turtles at Gumbo Limbo Nature Center The center is home to Wyneken’s laboratory, one of the few in the world to study and then release baby sea turtles (Photos by Rachel Hatch)

Dr. Wyneken wants to know how sea turtles migrate. She raises turtles in her FAU laboratory at Gumbo Limbo Nature Center in Boca Raton and uses small, solar-powered satellite tags that are attached to their shells. Dr. Wyneken and her assistants have tried and tested many, many types of glue, and finally discovered one glue type that really worked: a glue for artificial nails. This glue keeps the tags on longest. 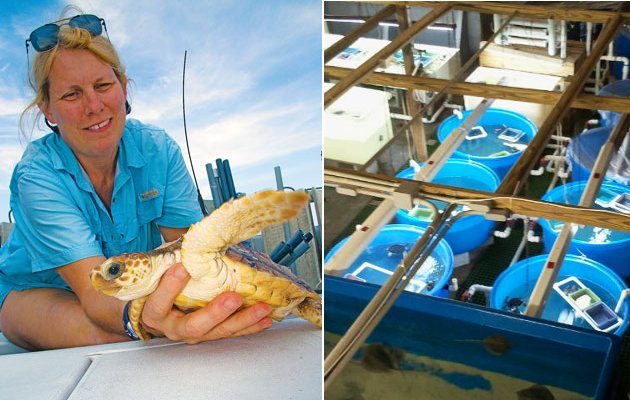 Left: Miles off the coast of Boca Raton, Jeanette Wyneken holds a young loggerhead turtle that will be sent back to the ocean with a transmitter attached to help gather data on the elusive sea turtles (Photo by Jim Abernethy) Right: Overview of the FAU laboratory at Gumbo Limbo Nature Center in Boca Raton

For more information about how Save Our Seas is helping scientists learn more about turtle migration, visit the Where do tiny turtles go? project page. Read more about Dr. Jeanette Wyneken here.