Save Our Seas Foundation has supported the bull shark tagging project of Juerg Brunschweiler for several years now. Since 2004, the main field site of the Bull Shark Tagging Programme is located in the South Pacific. Bull sharks are not the only scope of the project anymore, it is now much broader and includes other shark and fish species inhabiting the Shark Reef Marine Reserve in Fiji. Here, up to eight different species of sharks can be encountered on a regular basis making it an excellent reef for studying free-ranging sharks and other reef fishes in their natural environment. Local stakeholders and the dive community have been involved in this project from the beginning.

Juerg, Mike Neumann (also known as DaShark), Christine Ward-Paige and a local project team set up the first Great Fiji Shark Count, of which Save Our Seas is one of the sponsors. The whole month of April, sharks will be counted in Fijian waters.

Mike Neumann explains:
“The aim is not to find out how many Sharks there are in Fiji! For that, one would have to try and mobilize everybody everywhere, something that is impossible and would be fraught with immense costs, immense logistical problems and a staggering margin of error!
The aim here is to do a first random sampling and to then regularly repeat the exercise in the same locations. This way, we would be able to establish a first baseline and the starting point of long term monitoring via so-called transects (i.e. your dives, snorkeling excursions and even game fishing trips) which is an excellent scientific tool that will enable us to eventually detect a trend.”

In this project, the local dive community is engaged and divers will actually help counting sharks. 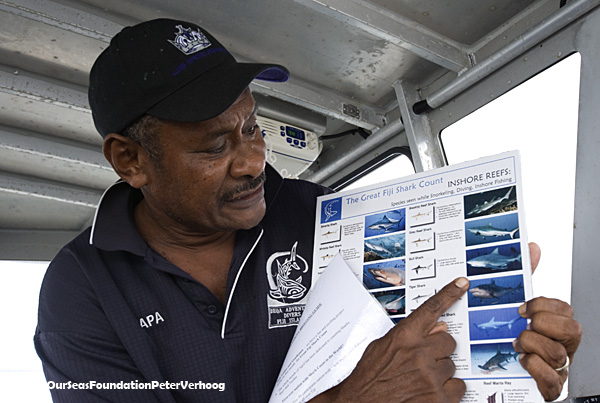 Peter made a wonderful first dive in the Shark Marine Reserve, after first descending to 28 metres, where he took pictures of bull sharks. All divers have to stay together, and it is possible to see 40 bull sharks in one single dive. 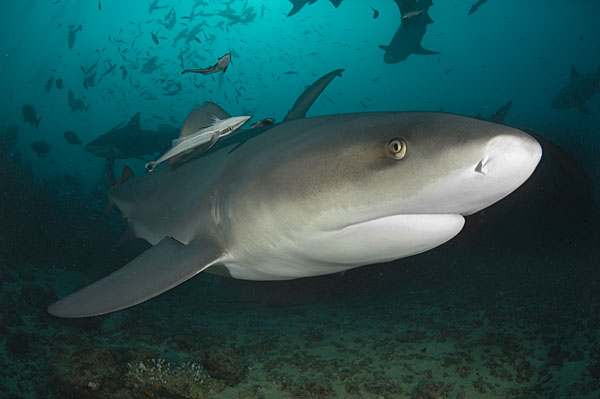 After spending their bottom time watching and counting bull sharks, divers ascend to 10 metres, where a.o. whitetip and grey reefsharks hang out. 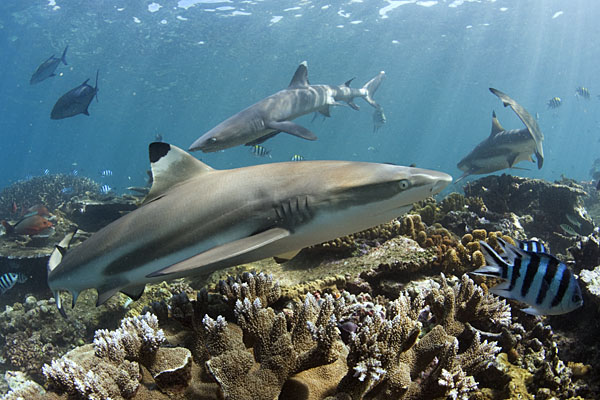 Peter will keep us informed about the Great Fiji Shark Count!

And before we forget: there are also some great reefs and wrecks to take pictures of! 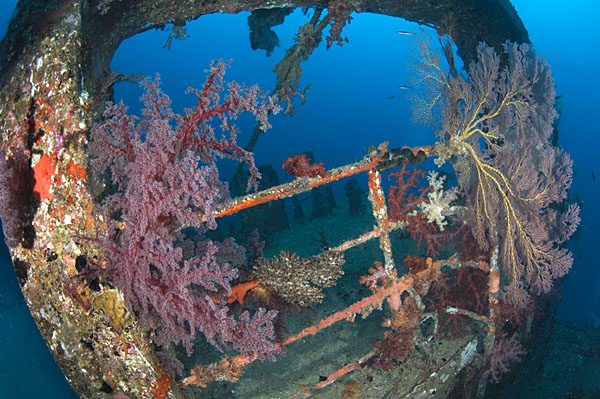 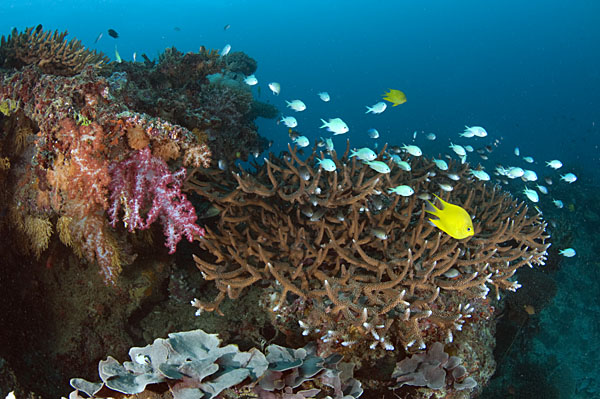