Success at CITES for sharks and rays

Eighteen species of endangered sharks and rays, as well as three sea cucumber species, were approved for listing on CITES Appendix II today. After nearly two weeks of negotiations at CoP18 hosted in Geneva, Switzerland, over 70% of votes supported the listings across all species. It’s a move that will now commit the international community to regulate the global trade of these species, requiring (among other commitments) that an export permit is only granted where governments have demonstrated that the export will not harm the wild population of the species. 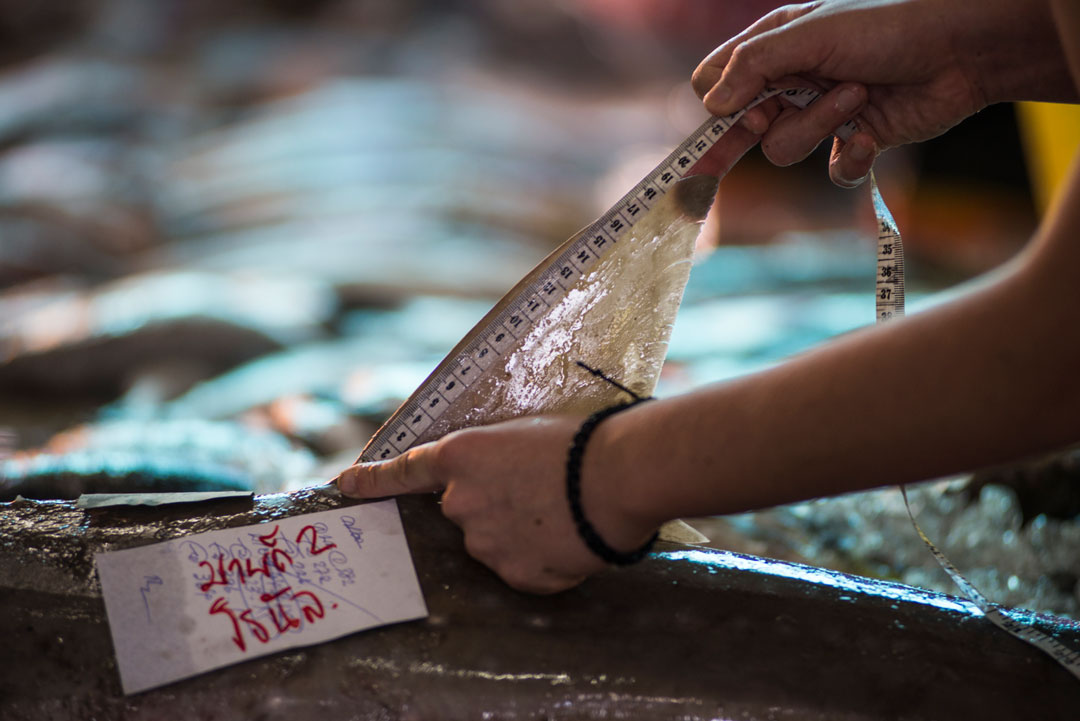 Wedgefishes are highly prized species whose fins are the most sought after in the international shark-fin trade. Mature wedgefishes, at about three metres (10 feet) long, have very large fins that can fetch more than US$700 per dry kilo in the South-East Asian fin market trade. Sadly, localised population depletions have been recorded and in areas like Indonesia, where these species are targeted, fishers have had to move long distances from their home ports to locate them. Photo © Sirachai Arunrugstichai

All 10 species of wedgefishes were approved for listing on Appendix II. With 9 out of 10 wedgefishes assessed as Critically Endangered, these are considered among the most endangered families of all chondrichthyans (sharks, rays, skates and chimaeras) and they have been overfished in over 70% of their range. Wedgefishes were prioritized for CITES listing because they are traded internationally for their highly prized fins (their meat is consumed locally), but lack management to mitigate the high level of threat they face across most of their range. In Hong Kong, a global centre of trade for shark fins, wedgefish fins fetch the highest price.

What were the votes for wedgefishes?

The Appendix II listing will ensure that all exports of wedgefish products (primarily their fins) will be certified as legally obtained, not-detrimental to the wild population in the exporting country, and traceable. This coordinates international efforts to manage trade, allowing importing countries to help exporting governments implement their domestic regulation and management strategies in national waters. 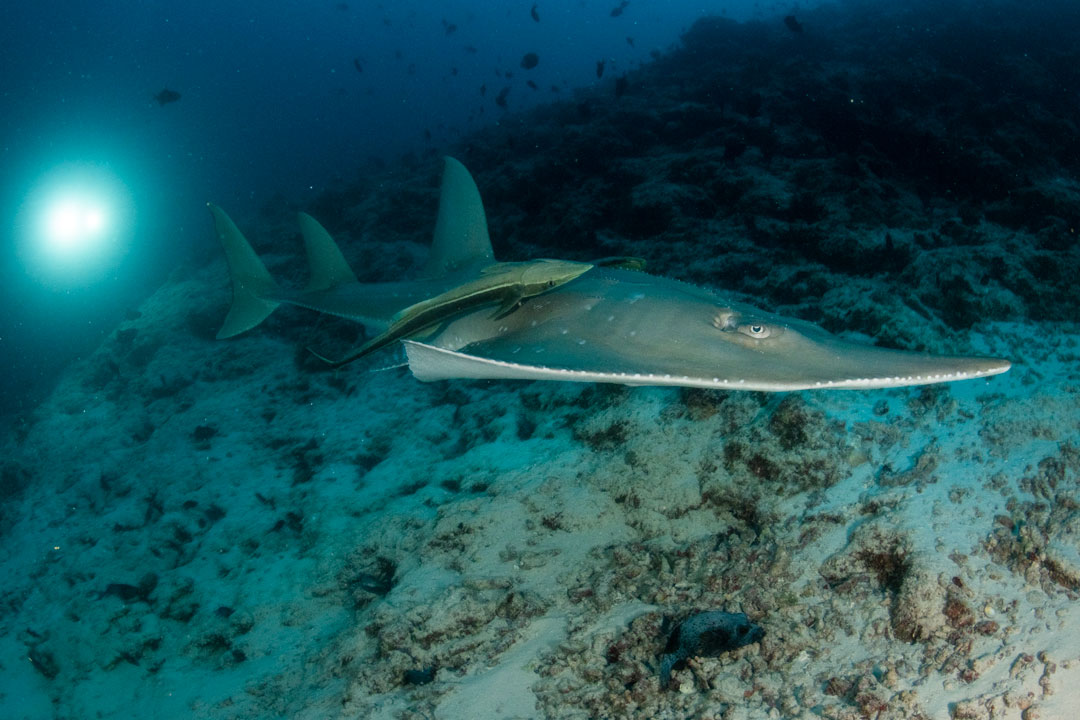 All six species of giant guitarfishes were approved for listing on Appendix II. These shark-like rays are Critically Endangered, and are often kept as bycatch in fisheries or targeted for their valuable fins. Some regions have seen an 80% decline in giant guitarfishes, with local extinctions of populations in parts of the world.

What will this mean?

An Appendix II listing will commit governments to implement tools to limit trade in these species to legal and sustainable levels, which will encourage the introduction of domestic management measures by exporting countries. These measures are urgently necessary for a Critically Endangered family of rays that are currently inadequately managed (if managed at all) across most of their range.

“Overfished and undermanaged” is what mako sharks are considered by most scientists and conservationists. An Appendix II listing will require governments to provide evidence that their mako fisheries are sustainably managed and monitored, with accurate catch recordings, before they can supply international trade with mako products. Most importantly, it will require the introduction of management for shared high seas stocks (outside the jurisdiction of coastal States), which is where most makos are caught. 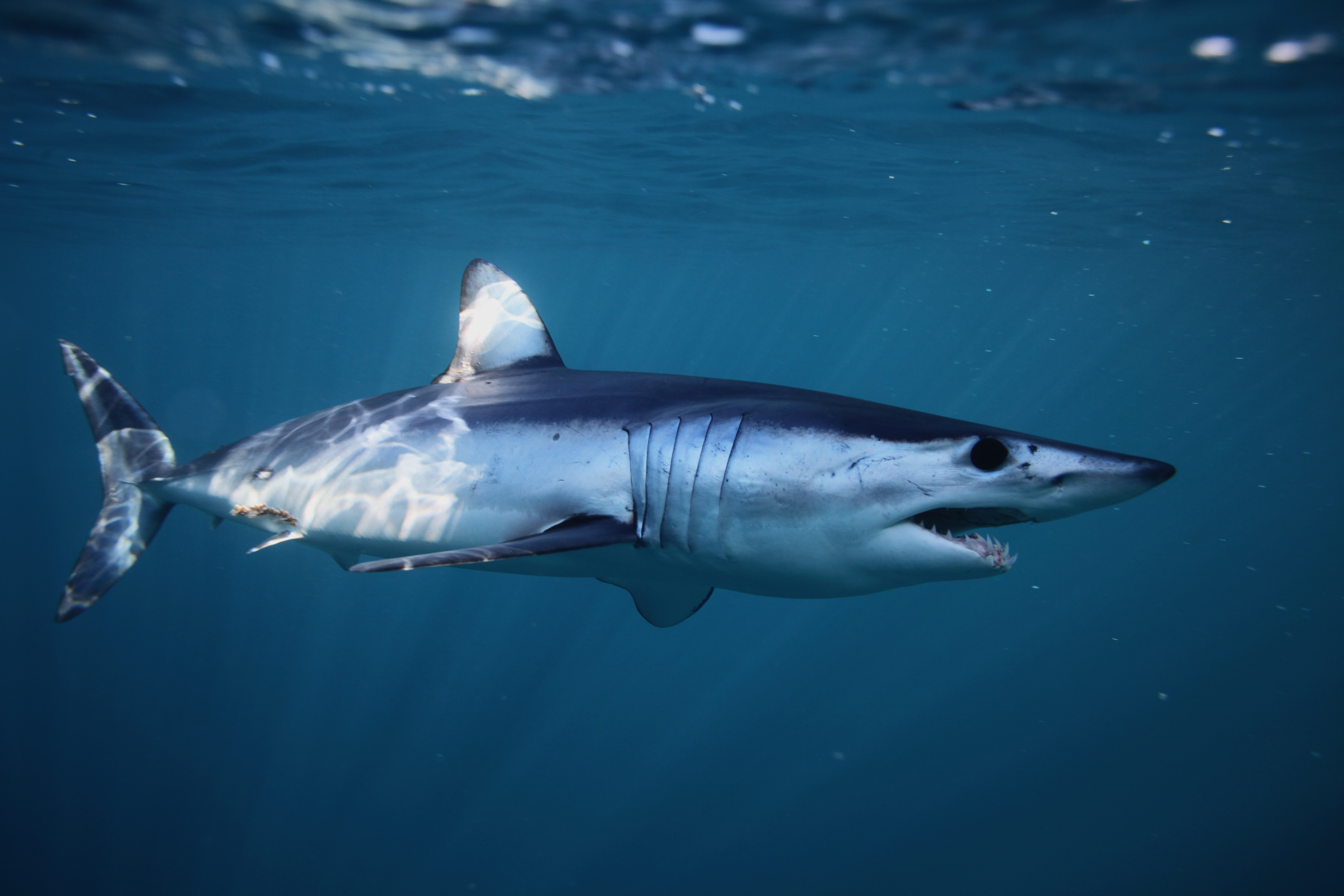 During a fortnight of marine species negotiations that focused on the relative underdogs of ocean conservation, sea cucumbers made a social media stir with the hashtag #lovetheunloved. Populations of all three species are threatened by rising demand for sea cucumbers as a luxury food item, heightening overfishing to supply growing international trade. If you’ve ever wondered why a sea cucumber’s extinction might be something to worry about, this statement by the Centre for Biological Diversity emphasises the role of this seemingly lowly sea creature in the ocean food chain.

These species of teatfish sea cucumber have been listed for inclusion by CITES on Appendix II in 2020. The listing will require legal acquisition and non-detriment findings to be made before export permits can be issued, which will allow levels of international trade to be monitored. It may also direct more funding and awareness towards future conservation work for these animals.

If you want more background information:

The “CoP18 Sharks and Rays” resource provides verifiable information from various sources. It is supported by PEW Charitable Trusts, Florida International University, the Humane Society International, the International Fund for Animal Welfare (IFAW), the Wildlife Conservation Society (WCS) and Vulcan, all of whom have provided statements on shark and ray trade regulation at CITES CoP18.