Stories from the blue: Nick Dulvy

Save Our Seas Foundation is privileged to work with some of the most amazing marine researchers and conservationists on the planet. The work that they do to preserve marine life around the world is admirable and essential, but it is the people behind the work that are truly inspiring. We have asked them to write their stories. Over the coming months we will be publishing personal profiles for each of our project leaders and providing our audience with fascinating insight into where they work, what they do, and why they are so dedicated to it. Dr Nick Dulvy has just published a landmark paper about the global conservation status of every species of shark, ray and chimaera in the sea. Below is his story.

Who I am
I have often wondered what is hidden beneath the silvery veneer of the water’s surface. That film is so thin, yet what lies underneath is profoundly different from the air and land above that are so familiar to us.
I first marvelled at what lay beneath the surfaces of the myriad rivers and lakes of Ireland. An old fishing rod opened the door to a new world of red-eyed roach, surface-feeding shoals of rudd and shoals of bream. Little was I to know that this would lead to a Bachelor’s degree in zoology and physiology (fish studies) rather than biotechnology, and a chance to marvel at what lay beneath the coastal seas and oceans of the world. 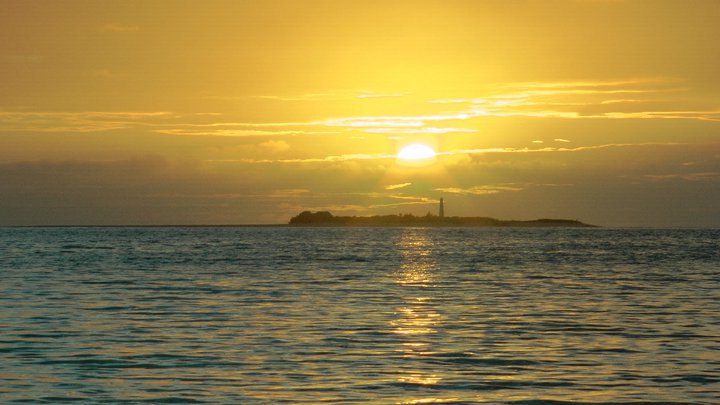 The second turning point in my life began with learning to scuba dive at university. My first dive was under thin ice on a frigid day at Dost Hill Quarry in central England. After years of imagining what fish did underwater, I could now observe their lives at first hand.

Diving led me to an expedition to mysterious Mafia Island in Tanzania, the playground of the poet Milton and the writer Hemingway. I discovered that you did not need complex electronic equipment and the application of a sophisticated series of colourless reagents to reveal the secrets of life. The laboratory skills of cell biology and physiology were so hard-won that, having learnt them, academics were reluctant to leave them behind. The questions they asked were always constrained by the methods they knew.

I learned two important lessons in Tanzania. Ecology is low tech. You don’t need a lab full of equipment and a catalogue of chemicals. You need only two things: a measuring thing and some way of identifying the creatures you measure. The measuring thing was often a fish board of a square-metre quadrate made out of the straightest mangrove wood. I became very familiar with Jassunt’s Guide to the Seaweeds of Tanzania the FAO fisheries catalogue. It does help, however, if you have a yacht and a dive compressor.

I also learned at first hand how the ecology of a place is inseparable from the people who live there. Flicking through the pages of that FAO fisheries catalogue with any villager would open the door to their lore and knowledge of the behaviour and ecology of the fishes they caught and observed.

I noted too that conservation and management would be meaningless without recognising the many ways in which villagers relied upon the sea for food and shelter. The low, dry desert islands of Mafia had great stands of mangrove but little with which to build a dwelling. The villagers resorted to filling fishing boats with massive corals that they would leave to die and dry on the shore. Weeks later they would burn the corals on mangrove pyres 20 feet in diameter and the height of a person. These kilns would burn for days, slowly yielding a brilliant white limestone that would be used to bind corals into a mangrove lattice wall and to skim coral floors. The villagers knew that they were converting fish homes into human houses, but what could they do? 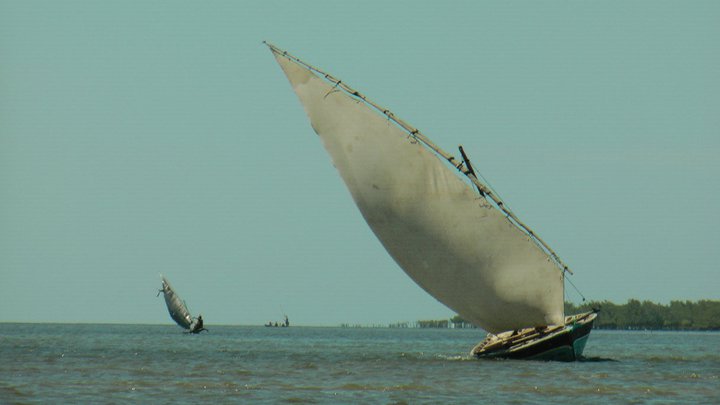 In the two decades since leaving Tanzania, it is hard to believe that I could once teach marine biology in Swahili. But the lessons I learned in ecology and the importance of involving the human inhabitants of coastal ecosystems in conservation management have never left me.

Where I work
Now far from tropical seas, I revel in the wilds of the rugged, conifer-rimmed and salmon-soaked Pacific Northwest. My field work now involves e-mail and Skype, which enable me to travel daily to faraway places, many times over, and hear stories of the wonders of sharks and rays. We plot our next moves in the chess game of marine conservation. Through the Shark Specialist Group I learned how bringing people together is a powerful way to gather and share scientific knowledge. I learned too that people rather than scientific papers conserve species and manage fisheries.

Every day I wonder what lies beneath the sparkling, glittering surface of our seas. I still seek to find out what is underneath and what has changed.

What I do
Tomorrow we will publish a summary of two decades of work by the IUCN Shark Specialist Group. This work involved 300 experts from 66 countries, brought together in 17 workshops all over the world. It is one of the first systematic studies of the conservation status of a lineage of exploited fishes – not just any fishes, but the sharks, rays and chimaeras of the chondrichthyans. These are one of the two major lineages of fishes. They were among the first backboned animals and they embody the blueprints for the jaws, brains, placentas and immune systems that characterise much of vertebrate life. We estimate that one-quarter of chondrichthyans are threatened with a high risk of extinction. 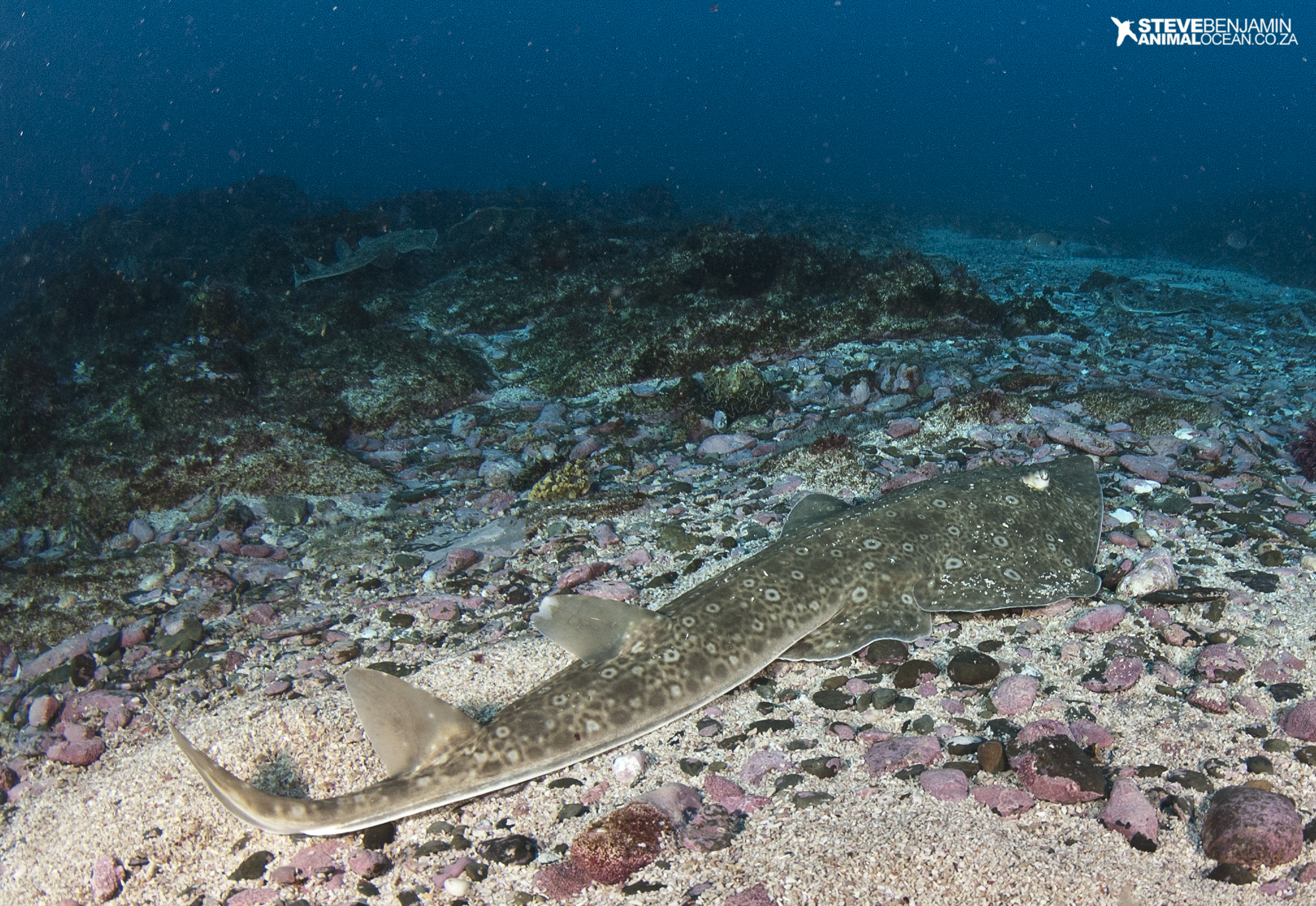 The study warns that what lies beneath has been greatly diminished. It shows that if we keep going as we are, then there is a real risk that sharks and rays will be as krakens and sea monsters to our grandchildren. Declines can be, and have been, arrested – sharks and rays can be saved. We know what to do, and this is laid out in the paper and the reports of the Shark Specialist Group at great length. All we have to do is to choose to save them!