With over 200 species of chondrichthyans (sharks, rays, skates and chimaeras) in their waters, the Philippines are no doubt an important archipelago for sharks. What has project leader AA Yaptinchay worried, however, is that there is currently little in the way of awareness and management for the majority of these species in the region. As the founder and director of Marine Wildlife Watch of the Philippines, Yaptinchay has prioritised sharks and rays that are listed on the IUCN RedList for urgent project attention. Among these is the white-spotted wedgefish (Rhynchobatus djiddensis), a species in the wedgefish (Rhinidae) family. In fact, the white-spotted wedgefish is among those species that has been re-classified as Critically Endangered in the most recent IUCN assessment (assessed by Peter Kyne, Kat Gledhill and Rima Jabado). 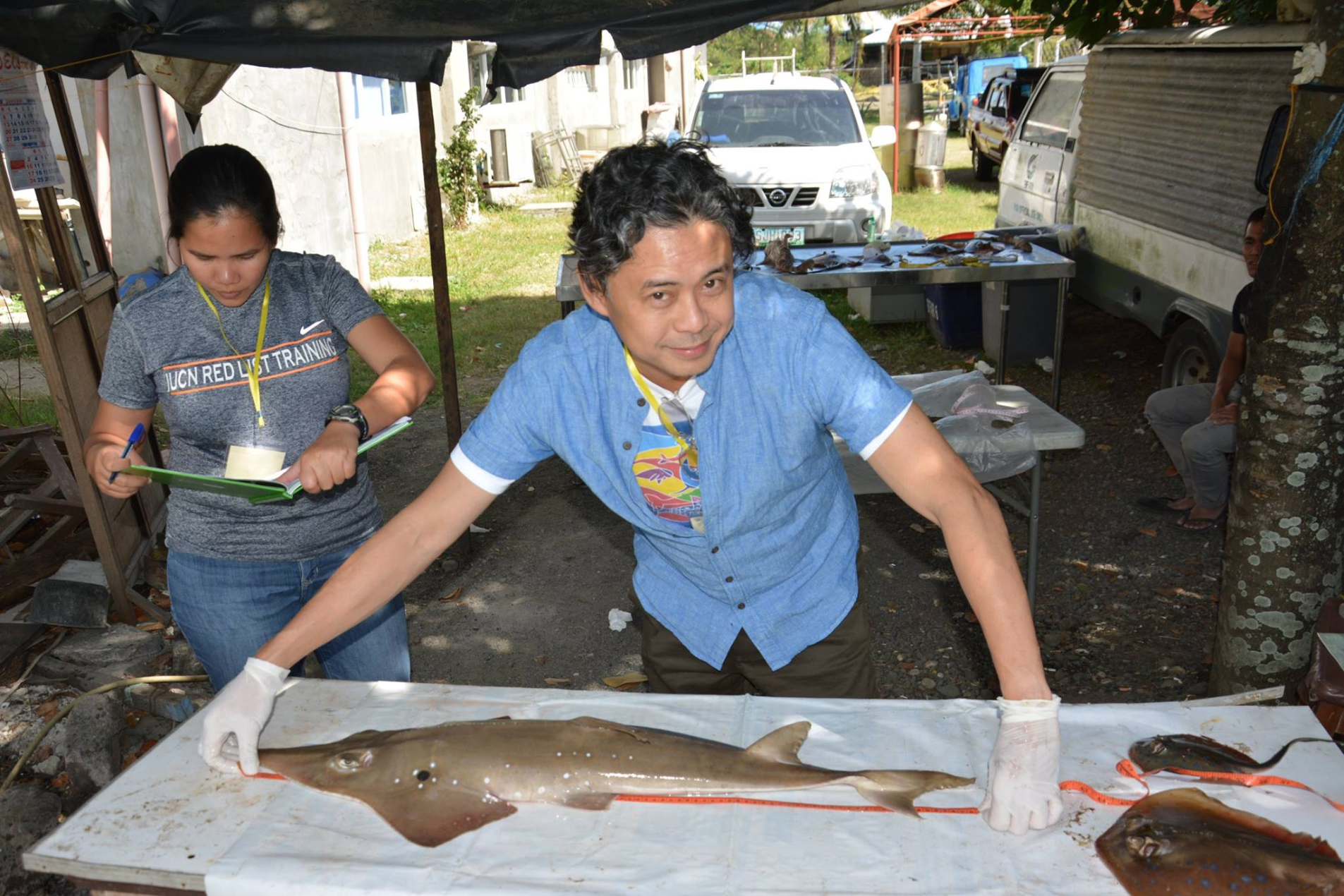 AA Yaptinchay training on the taxonomic identification and ASEAN-SEAFDEC data collection protocol for sharks and rays in the Philippines. Photo © Wedgefish Watch PH | Marine Wildlife Watch of the Philippines

Yaptinchay’s project for 2019 is focused on gathering baseline information about the white-spotted wedgefish in the Philippines. As he explains, “We are now gathering fisheries and trade information on this wedgefish from the different regions in the Philippines, which will help us better understand their population status in the country and inform the development of a conservation program for the species.” Much like others in its family, R. djiddensis (as scientists know it) is threatened by overfishing. “Information from this research project will help in the development and implementation of conservation strategies that would benefit the species. This will not only be relevant to the wedgefish, but also to other shark-like rays and elasmobranchs, and serve as a blueprint for fisheries management and species protection in the region”. 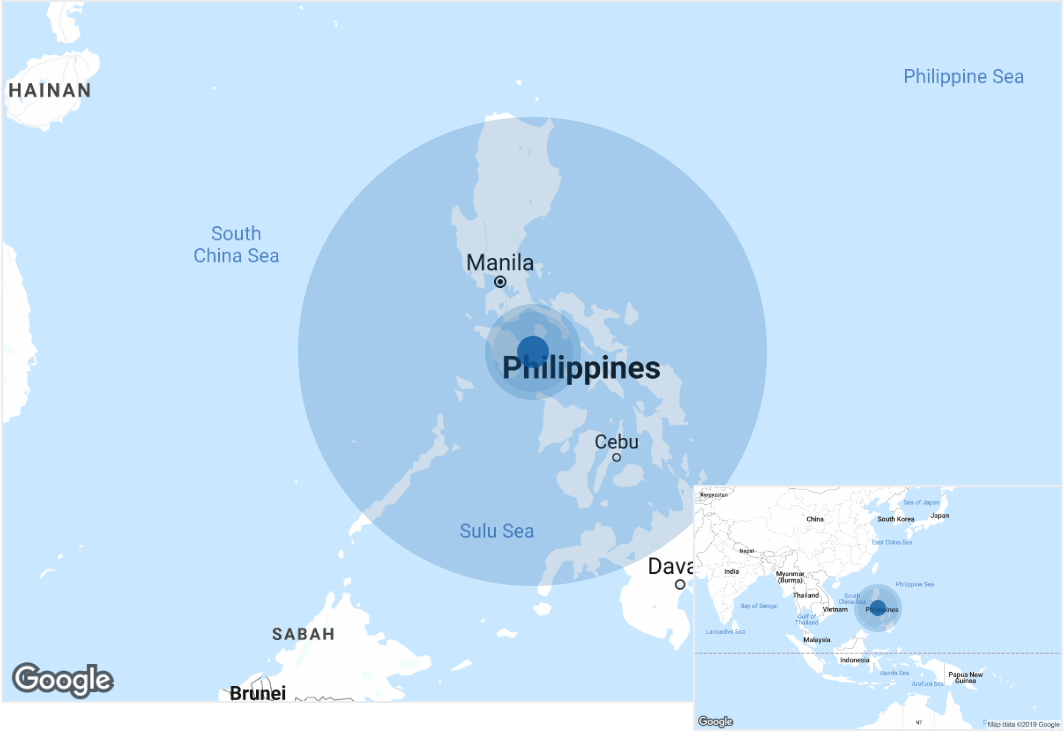 The Philippines are among some 35 Parties proposing that all 10 species of wedgefish – now considered among the most threatened fishes in our oceans – must be listed on Appendix II of the Convention on International Trade in Endangered Species of Wild Fauna and Flora (CITES) at the CoP 18 this week in Geneva, Switzerland. In the Philippines, listing wedgefishes and giant guitarfishes on Appendix II – if it goes ahead in voting by Parties this Sunday – will have bearing on its national legislation: “Our law is unique,” explains AA. “Our Fisheries Code states that any aquatic species listed on the CITES Appendices is afforded full protection in the country”.  Given the Critically Endangered Red List status of wedgefishes, it would seem that an easy, conservation-oriented yes would preclude a full week of debate and negotiations before a decision is reached. However, a CITES listing is never straightforward, and its implications are complex – especially since they may mean different things for different countries. Negotiations are a necessary part of unpacking this complexity.

When it comes to the potential implications of a CITES listing for these fishes in the Philippines, AA is circumspect: “Although this (a listing) would be very much welcome, especially for the recovery of Critically Endangered species, any bycatch will be harder to monitor and local trade will be driven underground. Research such as monitoring fisheries landings, and tissue collection for DNA studies, will also be harder to conduct.” As ecologists well know, there’s no single, easy answer to conservation questions – but AA is balanced in his appraisal of what a vote in favour of Appendix II might mean on Sunday: “A listing would, however, facilitate heightened awareness, protection of the species and its habitat, and the promotion of regulation and management in the country. The species will also be prioritized under our National Aquatic Red List Committee, and it would certainly help us justify the need for a conservation program to be adopted by our government, as well as require that they monitor catch landings and species trade”. 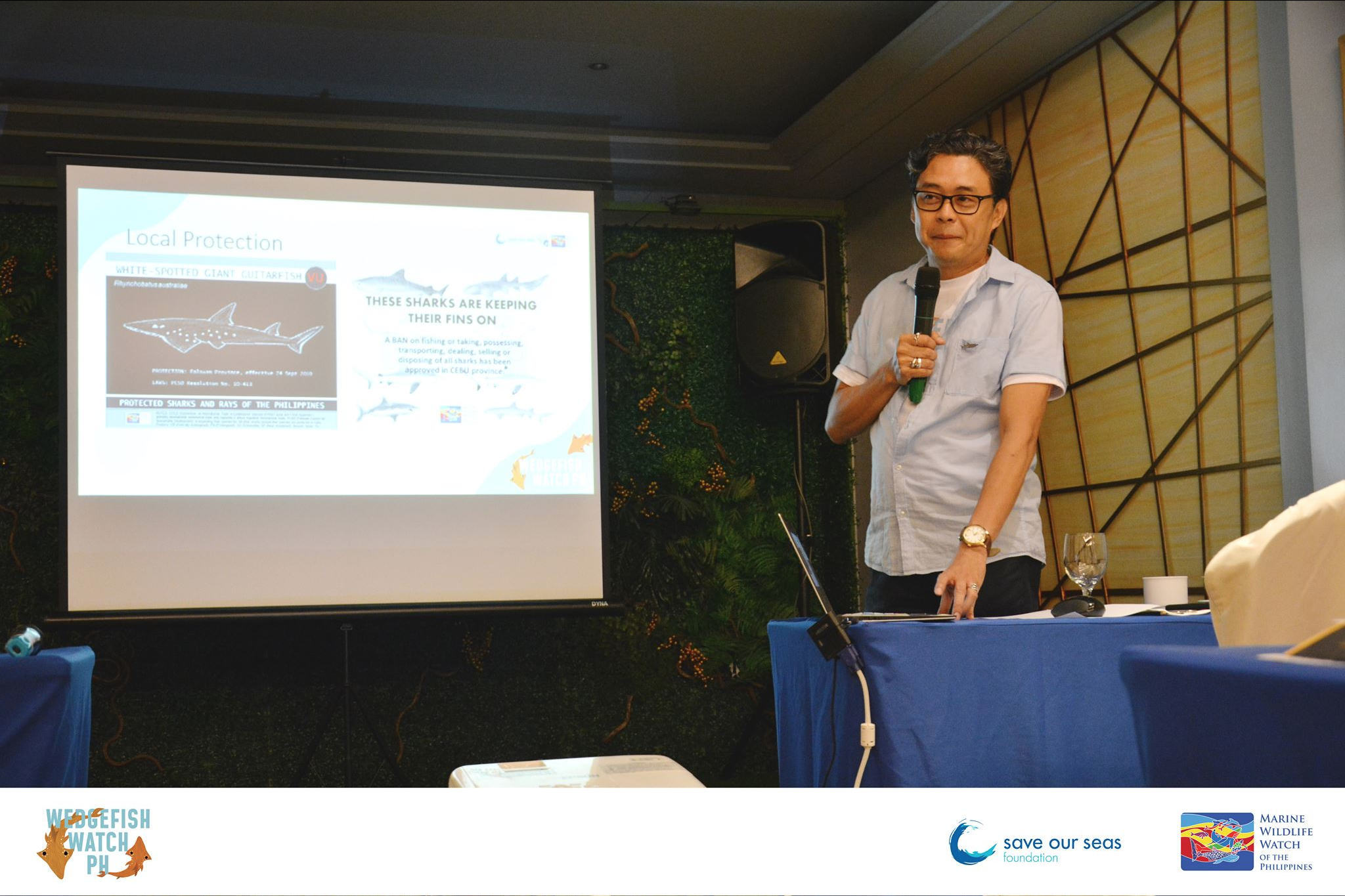 While it’s governments and scientists who are locked in heated, policy-level debate all week, the future of wedgefishes and giant guitarfishes is not the sole preserve of our lawmakers to determine. “Public and stakeholder involvement is necessary for the conservation of any species,” says AA. “Awareness about the white-spotted wedgefish is generally low in the Philippines.” And it’s precisely this aspect of the species’ conservation that his work is trying to address. “As part of our project, we are engaging both the public and stakeholders to support the plight of this species in the country. Our particular approach is to do this by improving people’s knowledge, and getting them more involved in research and conservation through citizen science projects, conservation planning, enforcement, and any other activities appropriately identified in a conservation plan”. While the various views in the CITES debate are explored by delegates over the coming days, the wedgefishes and their kin have finally – even if for a brief moment – managed to grab ocean conservation headlines. For this more-often-than-not ignored group of shark-like rays, perhaps that’s a necessary start … and it’s in the determined, science-based work of researchers like AA that we might learn even more about these creatures in the months to come.