The remote country of Seychelles is an archipelago of 115 islands off the east coast of Africa. Towards the outermost edges of this country lies the Amirantes, a group of coral islands and atolls. One of these locations, D’Arros Island and St Joseph Atoll, hosts the SOSF D’Arros Research Centre. Recently, the team distributed a report to Seychelles Ministry of Environment showcasing 22 new recorded species in 2017 thanks to their efforts. 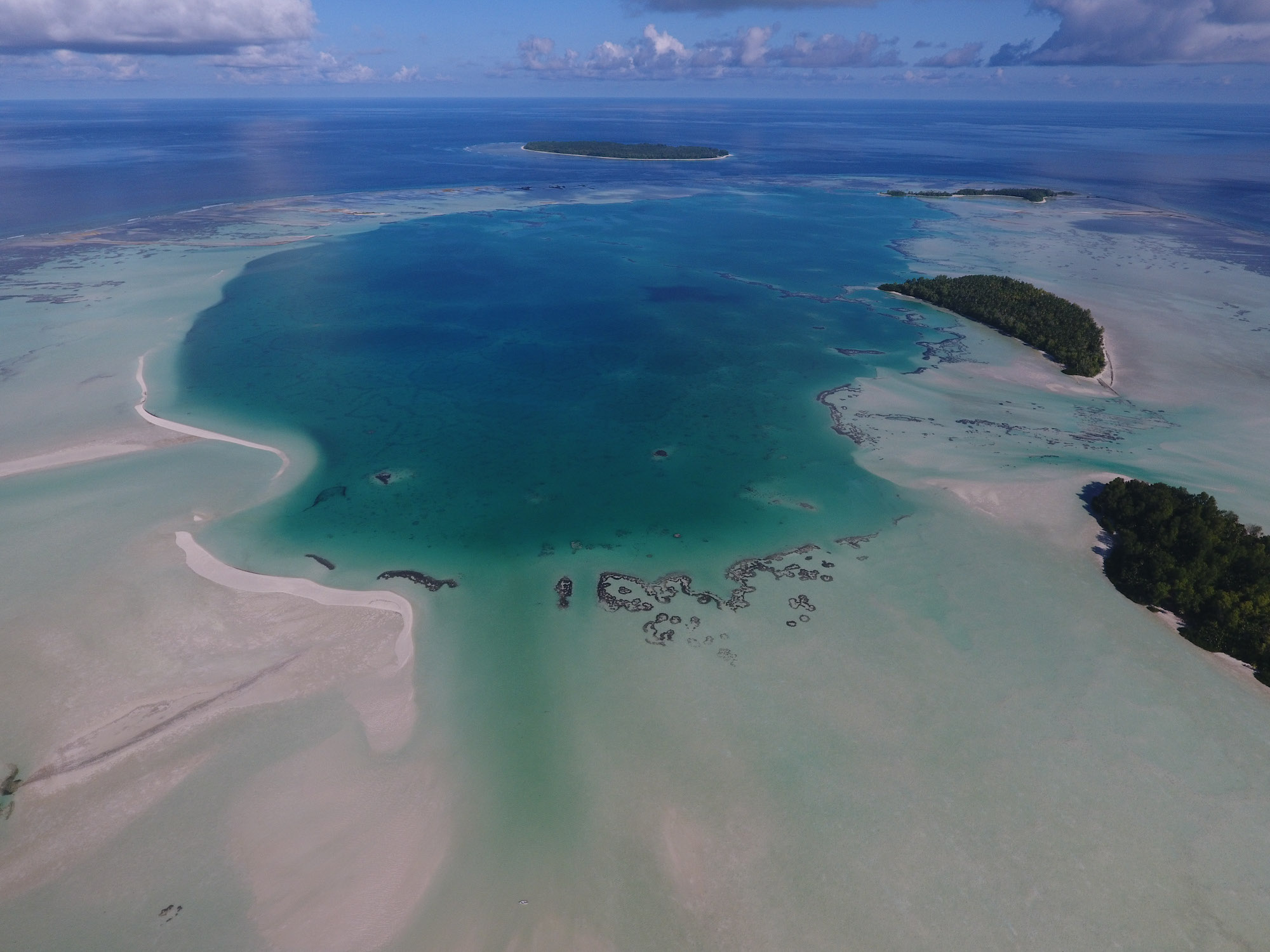 ‘There is no doubt that the Seychelles has some of the most spectacular islands with remarkable biodiversity. However, the understanding of this biodiversity is incomplete’, says Clare Keating Daly, Program Director of SOSF D’Arros Research Centre. ‘Studies conducted in 2017 alone have proved that the biodiversity of the Amirantes, and the Seychelles as a whole is underestimated.’

Clare believes that increased knowledge of marine species biodiversity in remote locations like this is needed for effective conservation measures to be put in place.

‘If you’d told me at the beginning of 2017 that we’d achieve this new species record for Seychelles, I wouldn’t have believed you’, she explains. ‘The results of our efforts this year show how little we know about what’s actually around us. How can we hope to establish effective conservation methods if we don’t know what we’re trying to protect? D’Arros offers the unique opportunity for total immersion — the opportunity to uncover hidden treasures, 22 of them!’ Of the 22 new recorded species, 19 came from a rapid fish biodiversity assessment conducted by the team over a 19 day period in May, 2017. This is a relatively short timeframe for this type of research initiative. However, it yielded substantial results and highlighted the biological importance of the unprotected area.

Eight of the newly recorded species represent new range extensions within the Indian Ocean of between 660 and 4300 km further than previously reported. One species, a type of pencil wrasse (Pseudojuloides labyrinthus) had never before been photographed in the wild and was previously known only from the aquarium trade in Kenya. Another one of the recordings may be new to the world of science altogether! 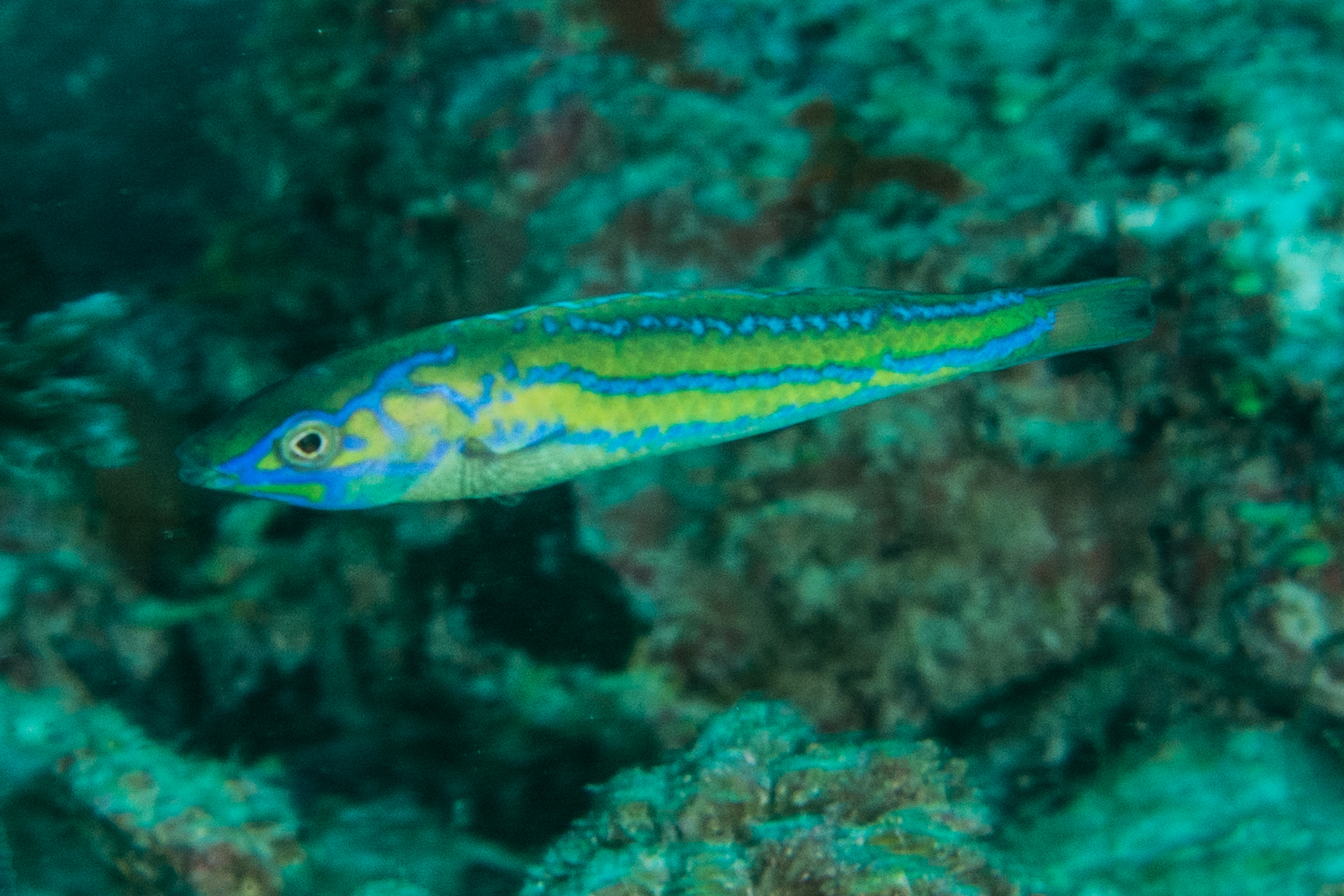 This pencil wrasse species (Pseudojuloides labyrinthus) had, to the knowledge of SOSF-DRC, not yet been photographed in the wild. Photo © Ryan Daly

The results communicated in the report are being submitted to the scientific journal, Marine Biodiversity Records by the end of 2017. Clare hopes these efforts will be stepping stones towards major conservation outcomes. For this to work, education and outreach are key factors.

‘The species records made in 2017 may help to motivate for the designation of a Special Reserve at D’Arros and St Joseph’, she says. ‘These discoveries are not just for SOSF-D’Arros Research Centre, they’re discoveries that all Seychellois can be excited about. Seychelles is brimming with biodiversity, and we hope that this report will remind people that these places are worth protecting, are worth learning more about.

There is still work to be done, and SOSF-DRC team plans to share additional results and findings of their ongoing studies throughout the coming year with collaborators at Seychelles Ministry of Environment. In terms of next steps, Clare is confident more secrets and discoveries lie ahead for her and the rest of the SOSF-DRC team.

‘We didn’t set out to make a species records lists such as this at the beginning of 2017. Imagine if we did? By opening our eyes in the coming years, imagine what else we can discover?’, Clare explains. ‘It’s quite possible that there are new species to uncover here. But also, it’s important to monitor the health and population of fish populations in our changing oceans.’

2017 has yielded a variety of success stories and milestones for SOSF-DRC which are important for members of the general public to understand. Whether your day-to-day life is spent directly by the sea or you live far from it, everyone has a part to play in ocean conservation.

‘Our world is still wild, there is still so much that we don’t know and don’t understand’, Clare concludes. ‘It can feel sometimes like there is little left to discover, that the allure is gone, that the book on nature can be closed. But, there is still so much to learn, to record, to preserve. For me, it renews a feeling of adventure and I hope it brings the same feeling of excitement to others. I hope discoveries like these inspire people to take a look at the natural world around them and notice what’s new, and maybe make some records of their own.’