The humble sardine hardly seems a headline-grabbing fish. But every year on South Africa’s eastern coastline, a thrill courses through the community in anticipation of the arrival of shoals of these small, silver fish. The timing of the event is never a sure thing, but once the first shimmering sighting is made, newspapers ring in the arrival with much fanfare. A key phenomenon on the tourism calendar, and a point of excitement for fishermen, South Africa’s ‘sardine run’ has been widely documented in print media since the end of World War II. However, its fame belies how little we know about the variability in the timing of this event between years. A new study suggests that the sardine run is occurring progressively later in the year, and that its start date is more variable and difficult to predict. Moreover, the number of failed sardine runs has increased since we first documented the event in newspapers. The consequences, the study’s authors report, are critical to South Africa’s fishing and tourism industries. Our improved understanding of what’s driving these changes will help scientists better model how our warming world will look. 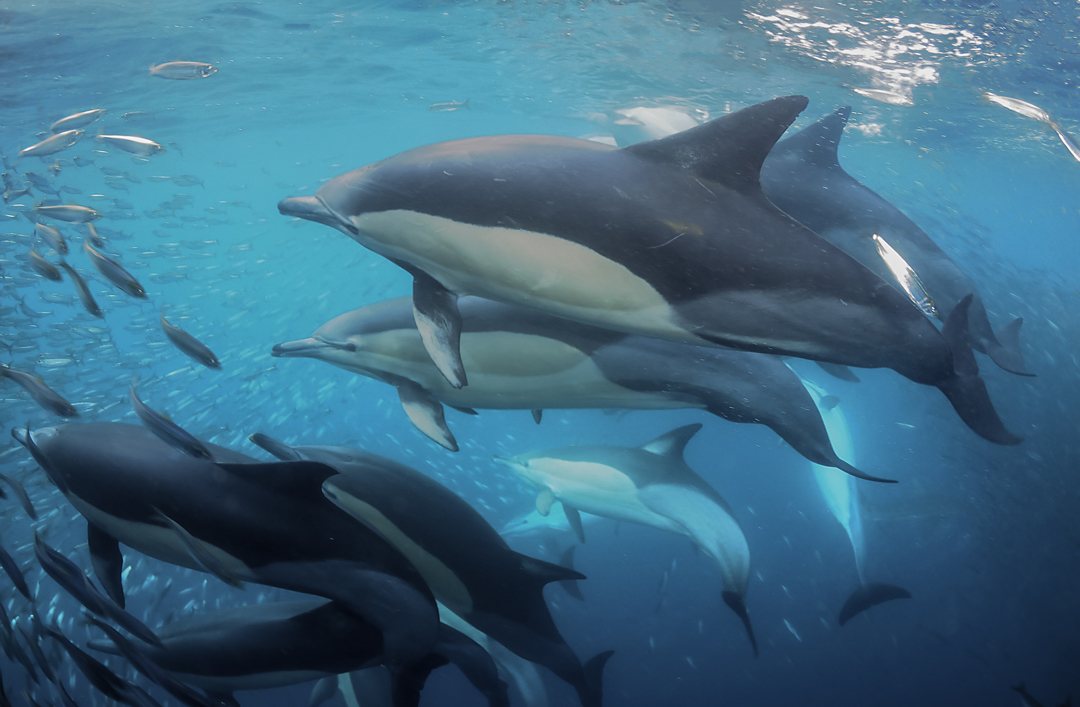 Common dolphins working together as a team to round up sardines into a bait ball so they can feed on them. Image was taken during the annual sardine run, Wild Coast, South Africa. Photo © wildestanimal | Shutterstock

Each winter, South African sardines (Sardinops sagax) migrate from their spawning grounds near the Agulhas Bank off the region’s southern coast. This particular sardine subpopulation does best in ocean temperatures around 21°C (≈ 70°F). The fish, therefore, keep south of 32° latitude during summer, except off South Africa’s west coast where upwelling events keep sea temperatures cool. But in winter, the 21°C isotherm (the imaginary line that denotes a region of the same temperature) shifts northwards, and a pulse of colder water creeps up South Africa’s typically subtropical eastern coastline. The sardines are given a sliver of ocean, and a window of time, to extend their range eastwards. It seems that they do so to spawn during winter. 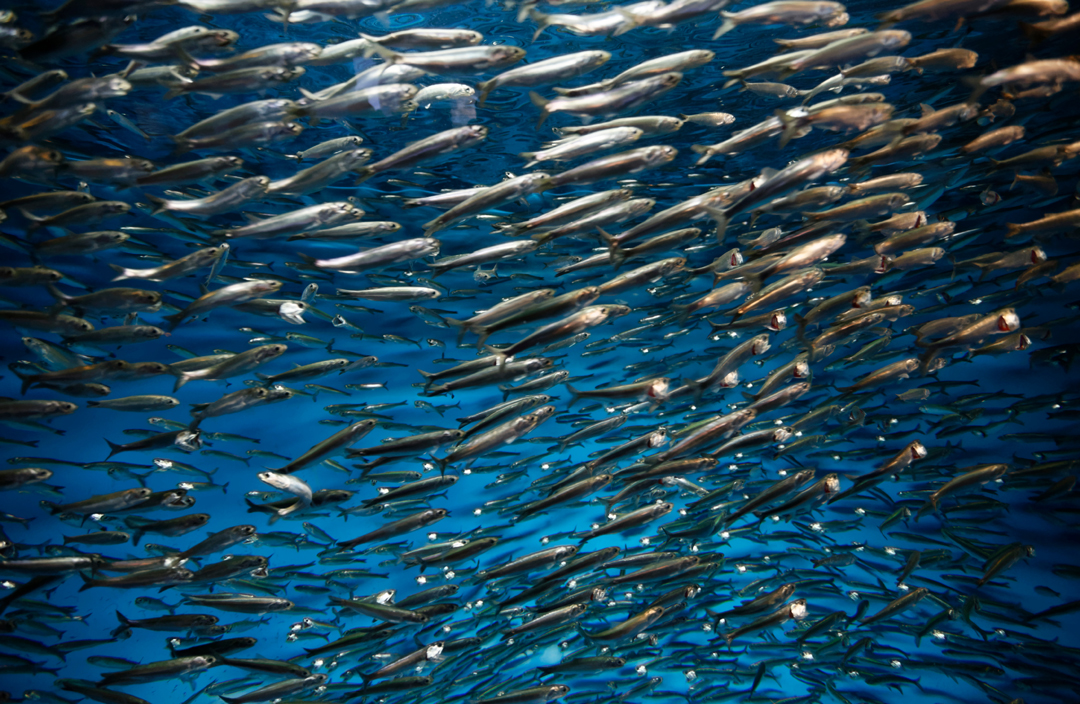 Many birds, marine mammals and other fishes eat sardines as a mainstay of their diets. Photo © Gilberto Villasana | Shutterstock

Scientist Jennifer Fitchett and co-authors from the University of the Witwatersrand (WITS) used newspaper records from 1946 – 2012 to document the progressive delay in the arrival of the sardine run each year. Their results are published in the South African Journal of Science and point to a 1.3 day per decade delay in the first arrival dates of the sardines since 1946. There is also more variability in the timing of the first date of arrival for sardines off the Durban coastline.

The scientists investigated a range of possible environmental factors to understand whether our changing climate might be linked to the shifting sardine arrival times. They looked at the average sea surface temperature, the position of the 21°C isotherm (which is the boundary for the sardine’s range) and the occurrence of mid-latitude cyclones around Durban. These were compared to the arrival dates of the fish reported in each year under investigation in the study. They also looked at the relationship between sardine arrival dates and the El Niño Southern Oscillation (ENSO) phenomenon, plotting an index of ENSO values over time against accounts of “good”, “poor” or “absent” sardine migrations reported each year in the newspapers. 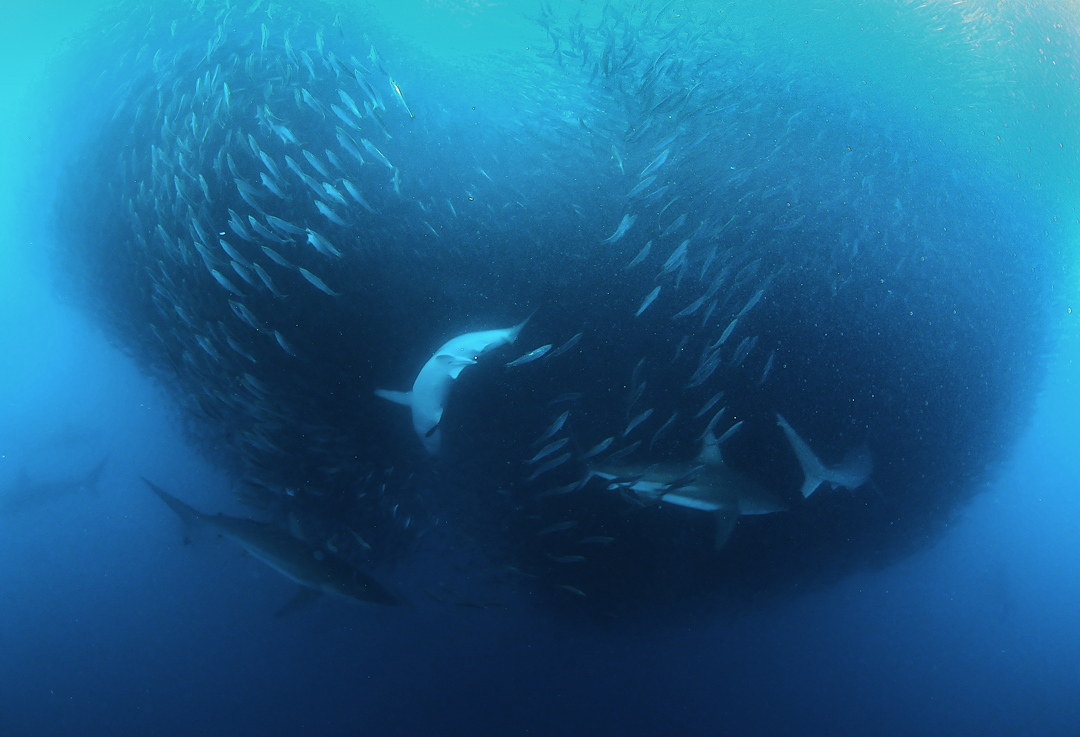 They found that the changing arrival date of the sardines off Durban coincided with a general southward shift of the 21°C isotherm. The isotherm has moved towards the south pole by 1.5° since 1951 (a 0.5° shift in latitude per decade). This, they explain, may explain why we see a trend towards later sardine run events and the delayed arrival of sardines, off Durban’s beaches. The link between the shifting appearance of the sardines and the sea surface temperature was, however, weak. The progressive delay in the sardine’s arrival date does match an increase in the number of mid-latitude cyclones in the region. Furthermore, the strength of the sardine run is closely linked to the ENSO phenomenon.  Reports of “good” years coincided with El Niño events, while “poor” years coincided with La Niña events. These key factors represent a start towards our better understanding of what’s going on – but it’s all a bit more complicated than this, say the scientists, and this merits further investigation. 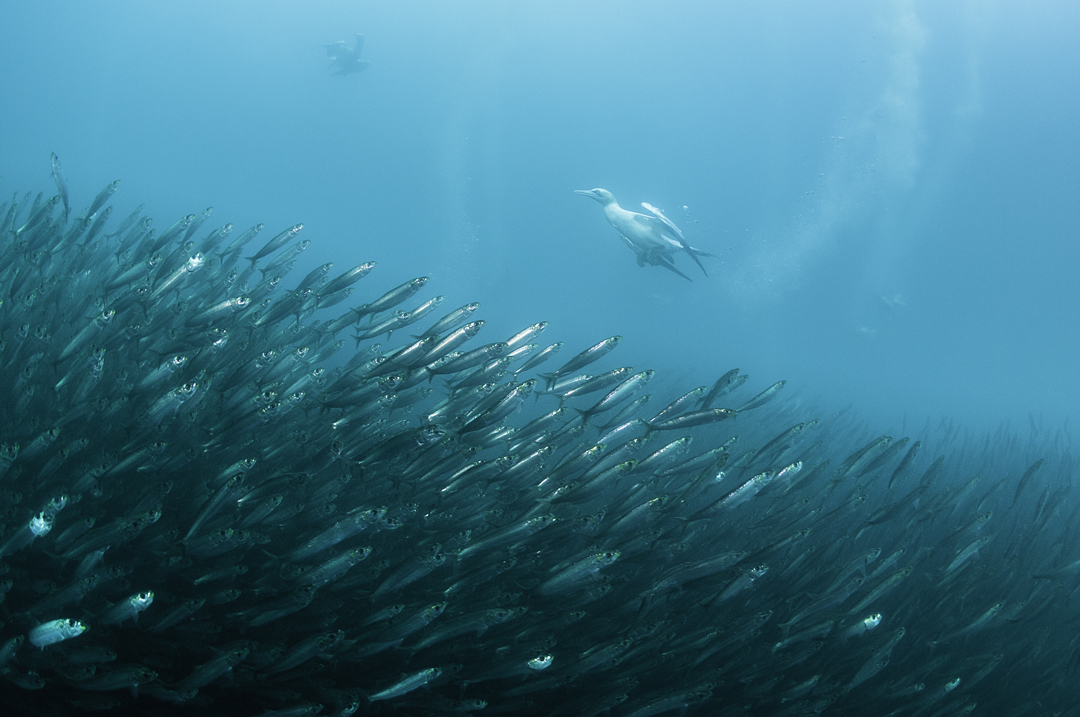 But if the sardine run still happens each year, what’s the harm in a slight delay? The scientists have three major concerns. Firstly, they suggest that increased variation in the timing of the start of the sardine run makes it an unpredictable event, which introduces a fair amount of uncertainty to the tourism and fishing industries around Durban. Secondly, the increase in the number of failed sardine run events is troubling for these same sectors – and it’s unclear what might be behind this. Could “failed” runs be the result of the population simply not migrating from the Agulhas Banks that year? Or did the migration not extend as far northeast as Durban in that year? Might the sardines have been restricted to deeper waters offshore? If the trend of increasing failed runs continues, the scientists suggest that it might be more likely that the run has collapsed entirely or shifted south. This raises a third concern, and one of ecological importance: what of the predators – the host of sharks, seals, dolphins and whales – that rely on the run each year? We need to understand our changing climate, and its potential impact on the migration and aggregation patterns of animals around the world. These kinds of shifts have consequences for the finely-timed arrival of predators with their prey, of pollinators to blooming flowers, and of animals to breed and feed in suitable conditions. As these patterns begin to change, our ability to look at the long-term trends and create better models of what our warming world will look like might ultimately have consequences for us too.