Perceptions and management of shark risk in South Africa

Gill nets were first deployed to catch sharks off Durban’s beachfront in KwaZulu-Natal (KZN) in South Africa in 1952 in response to seven fatal shark bites that occurred at Durban beaches between 1943 and 1951. People no longer came to the beaches after the fatalities, resulting in severe economic losses to the tourism industry. The nets proved to be effective at catching sharks: 552 were caught in the first year the 910 metres (2,985 feet) of nets were installed. However, the nets don’t prevent sharks from swimming to the beach, as they are staggered and do not extend to the sea floor. Following five fatal shark bites at beaches south of Durban over a four-month period starting in December 1957, additional shark nets were deployed in KZN from 1962, reaching 45 kilometres (28 miles) of nets by 1992. Forty per cent of these nets had been removed by 2004. Three years later drum lines, which include baited hooks, were also installed to reduce catches of non-target species, such as turtles, dolphins and whales. 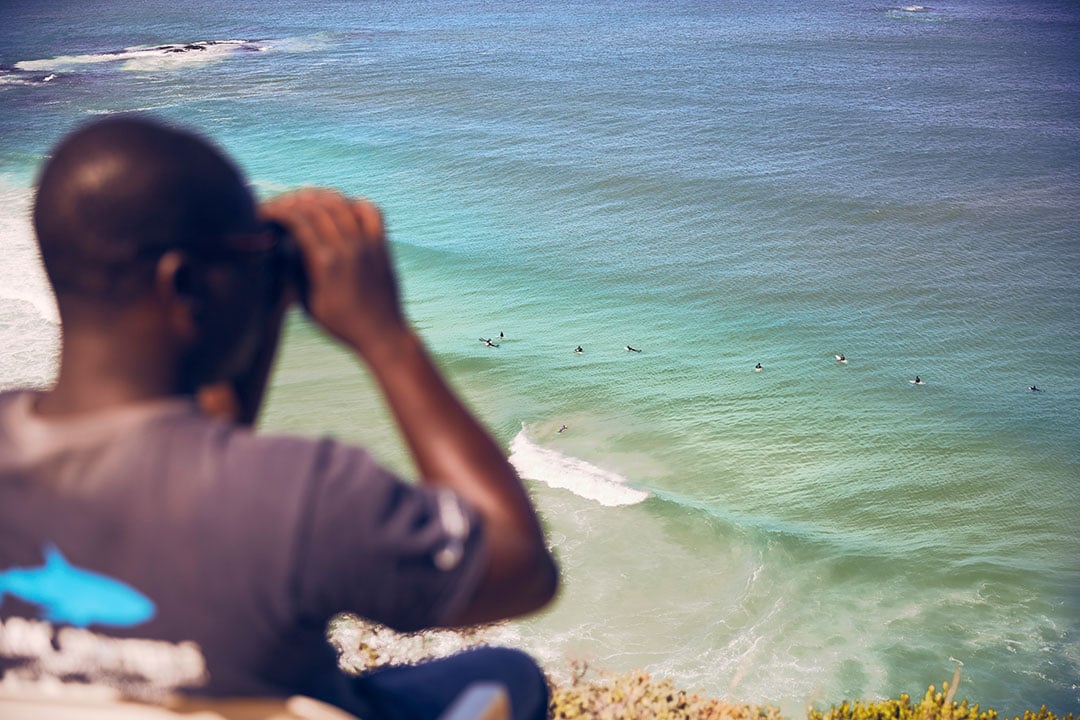 There have been no fatal shark bites at Durban beaches since the shark nets were installed, but there have been protests and petitions against the use of shark nets because of the number of sharks and other marine animals they kill: over the five-year period 2013–2017, more than 2,000 sharks of 20 different species, 114 turtles, 11 whales, 131 dolphins and 303 rays were killed in the shark nets. In 2017, a petition to ban shark nets to protect great white sharks had support from about 12,000 South Africans and 126,000 people from elsewhere in the world. However, the shark nets in KZN remain in the water to make water-users feel safe and thus protect the tourism industry.

In Cape Town, fatal shark attacks have led to different shark risk management measures being adopted. The Shark Spotters programme, which has been funded by the Save Our Seas Foundation since 2009, deploys an environmentally friendly shark exclusion net daily at Fish Hoek beach. It also operates a shark-spotting programme at six beaches around Cape Town, using a system of elevated mountain lookouts manned by staff with binoculars combined with flags indicating shark risk status on the beaches: a red flag, for example, indicates high shark risk because of a recent shark sighting or a high risk of shark activity. 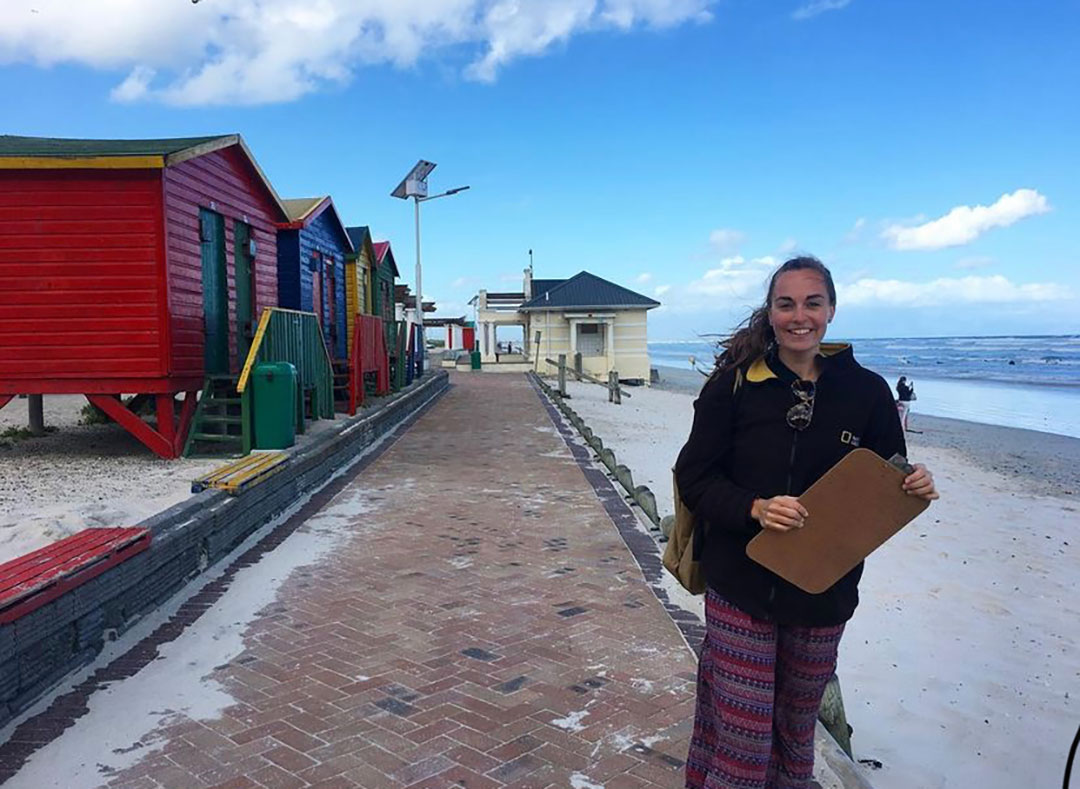 In October 2019 Kate Sheridan surveyed 401 surfers to find out how they perceive sharks, shark risk and the management of shark risk. The survey was conducted at a popular surf spot, Muizenberg beach in Cape Town, where the non-lethal Shark Spotters programme operates, and North and Bay of Plenty beaches in Durban, where lethal shark nets and drum lines are deployed by the KZN Sharks Board.

When Sheridan investigated surfer decisions to go in the water, she found that ‘surf conditions were the primary motivator and unless a shark was right there, people were going to go in the water, even if a shark had been seen in the past hour’. According to Sarah Waries from Shark Spotters, this reflects previous findings that ‘when the red flag is flying there are just as many people in the water as when it’s not flying’.

Sheridan found that ‘there was a strong relationship between people’s perception of other risks and their perception of shark risk, and they perceived shark risk to be quite low’. As the people she interviewed didn’t seem particularly worried about sharks when going into the water, Sheridan questions the killing of sharks by shark nets and drum lines to make people feel safer when they aren’t worried about sharks.

‘Protecting the local economy built around the beaches and surfing primarily falls on whether people feel safe going into the water’.
– Kate Sheridan. 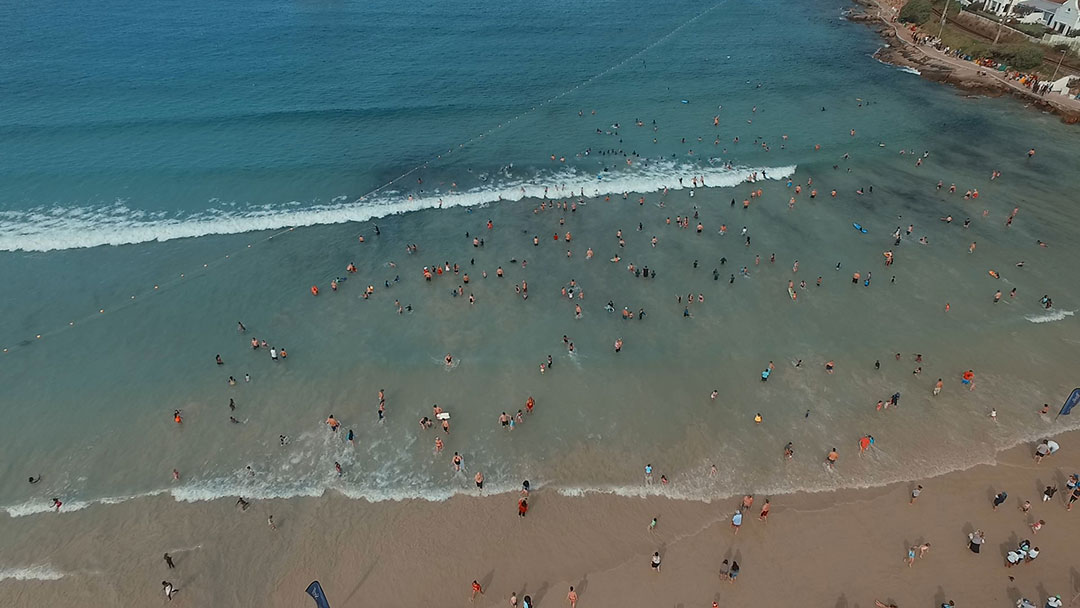 However, when she examined the understanding of shark mitigation measures, she found that there was ‘a huge disconnect: most people were so strongly opposed to lethal management and in favour of non-lethal approaches, but only 8.3% of people knew that shark nets are lethal’. Consequently, she emphasises the need for a better understanding of the impacts of shark nets.

Waries emphasises that water-users need to ‘buy into taking personal responsibility around shark risk because 99% of the coastline doesn’t have any type of shark bite mitigation’. She also explains that ‘shark nets do not form barriers: the sharks are still able to move through the area, and one-third of the sharks are coming back from the beach when they get stuck in the nets’. Although she mentions that the KZN Sharks Board is aware of the environmental impact of the shark nets and has been researching alternatives, such as an electronic repellent cable, she also explains that ‘it is very hard to change, because if they take out the shark nets and there is a shark bite tomorrow by chance, immediately it is the government’s fault for removing the shark nets’. 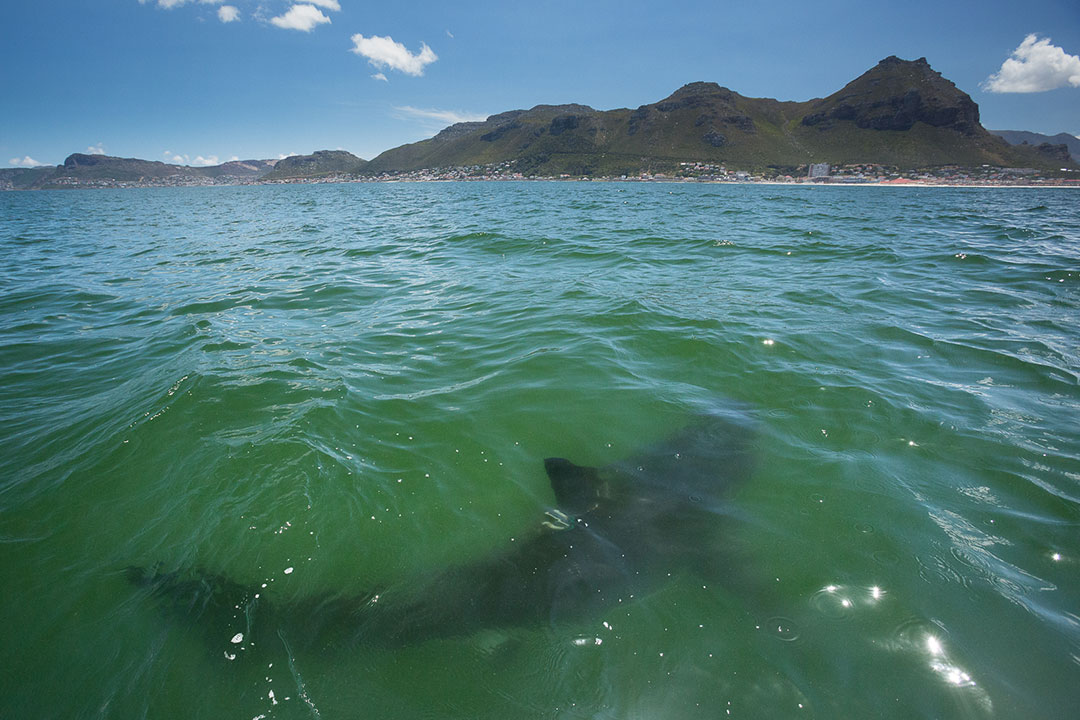 A white shark with Muizenberg in the background. Photo by Mac Stone | © Save Our Seas Foundation.

Although the non-lethal Shark Spotters approach was a preferred management option in Sheridan’s survey, Waries cautions that the approach is not as applicable to KZN as it is to Cape Town because of the types of sharks in KZN and its different geography. She also explains that ‘exclusion barriers, like the one in Fish Hoek, only really work in sheltered areas’. However, Waries is positive that ‘we can co-exist with sharks: we just have to manage our behaviour so that we are reducing the spatial overlap between people and sharks’. She explains that managing shark risk is mostly about managing people, while Sheridan emphasises the need to understand perceptions to manage human behaviour. ‘Ultimately,’ she concludes, ‘what people think matters because they are being used as the reason for why there are shark nets.’