In 2019,  Sri Lanka will host the 18th Convention on International Trade in Endangered Species (CITES) meeting of its Conference of the Parties. Recently, we spoke to SOSF/Manta Trust collaborator, Daniel Fernando about his experience navigating work life in the policy sector as well as his opinions on shark and ray conservation and how the general public can get involved in the discussion. 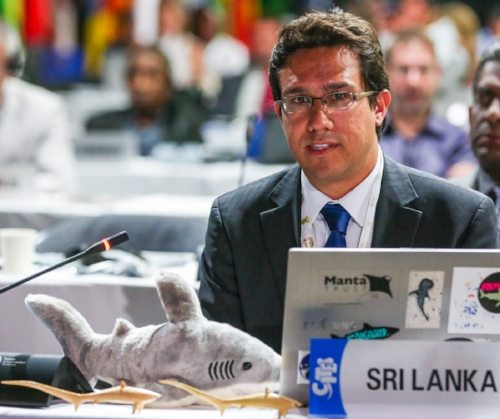 Tell us a little bit about your background and how you became involved in elasmobranch conservation and policy?

I started out as a marine biologist studying manta and mobula rays with the Manta Trust. At this time, I dipped my feet into the world of policy. My initial reaction was to stay clear and skeptical of policymakers because of the seemingly limited achievements over previous years in countries such as Sri Lanka. However, the challenge of helping introduce policies that could have a national and global impact was appealing and successfully lured me in.

As a young scientist, how is to work alongside politicians?

There are few politicians that take the time to listen to scientists, let alone young scientists, and for all those that have done so, I am incredibly grateful. At times it can be challenging, especially when there are conflicting or opposing views. Working together with politicians helps bridge the gap between science and policy and is critical in garnering substantial long-term impacts. Still, we have to keep in mind that politics is often about negotiation and compromise, which is extremely different to science.

What has been the most memorable shark and ray conservation achievement from the meetings you have attended?

To date, the most memorable meeting was CITES CoP17 in South Africa, where the Government of Sri Lanka successfully listed thresher sharks on Appendix II of CITES, along with silky sharks by the Maldives, and the mobula rays by Fiji. Seeing all these small island nations taking the lead, and a multitude of NGO’s partnering up to protect sharks and encourage sustainable fisheries/trade was very inspiring. 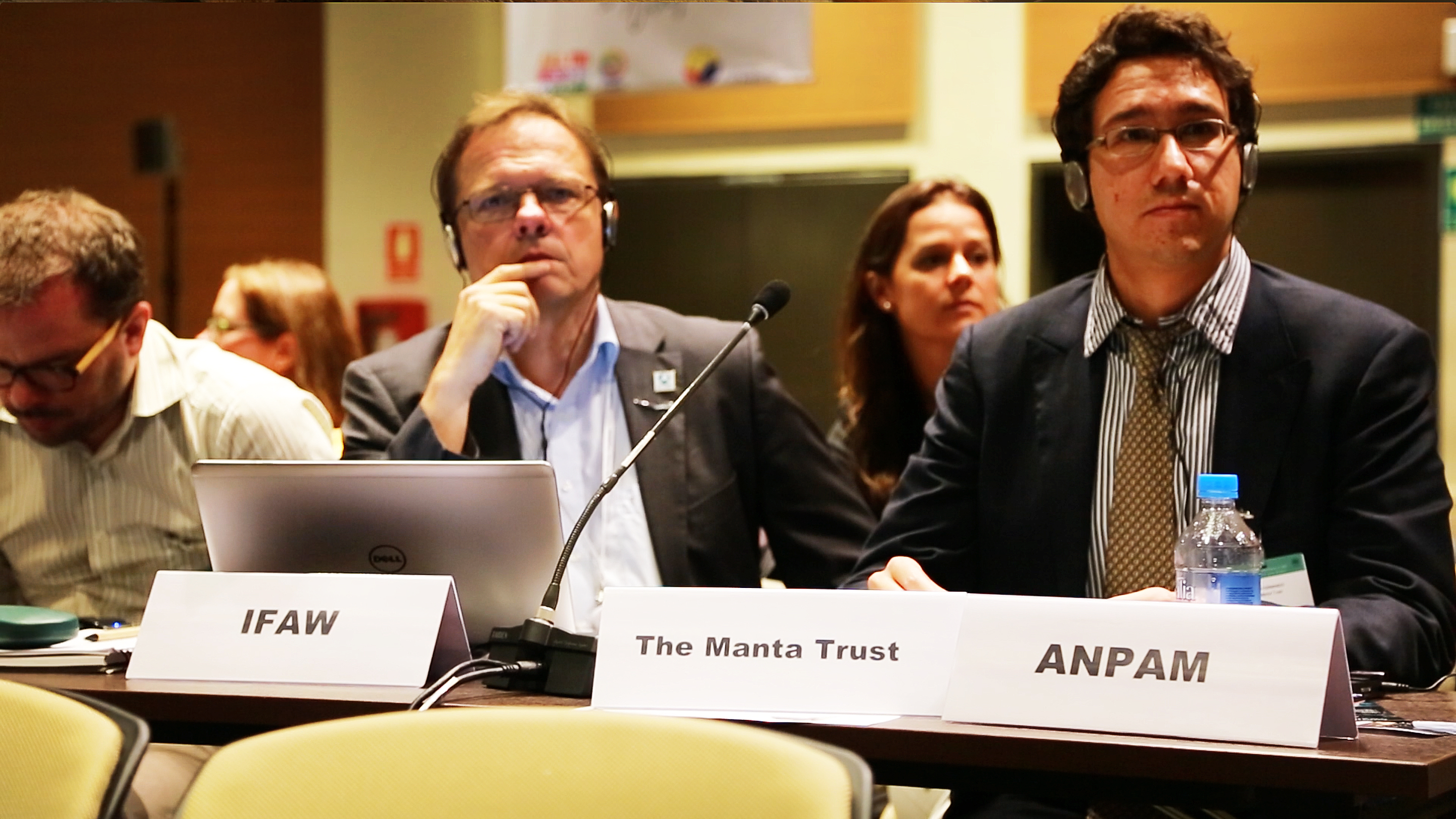 Many members of the general public are passionate about environmental protection but may not have a high level of understanding on meetings like CITES. What would you want these people to know?

The aim of this convention is not to totally ban the catching of species. In fact, the goal of listing the majority of species on CITES is to ensure that trade can continue. The aim is to have harvesting done so in a sustainable manner, one that will not negatively impact the survival of the species in the wild. This is critical because wildlife trade is essential for the livelihoods of say, fishers, and therefore sustainable trade over total prohibition should be encouraged. These meetings are also both scientifically and politically driven. Reaching out to your political representatives and asking them about this convention will help raise its profile, encouraging your country to take a positive stance in the Convention.

Can you talk about the major shark and ray CITES issues?

In 2013, when multiple sharks and rays were listed on Appendix II of CITES there were concerns about its effectiveness. However, thanks to the coordinated efforts to introduce new regulations and monitor trade with various simple to use tools, significant progress has been taken and even importing nations such as Hong Kong have taken great strides in regulating the shark and ray trade. This push to ensure trading of sharks is done so sustainably is essential for both the species’ and global economies. 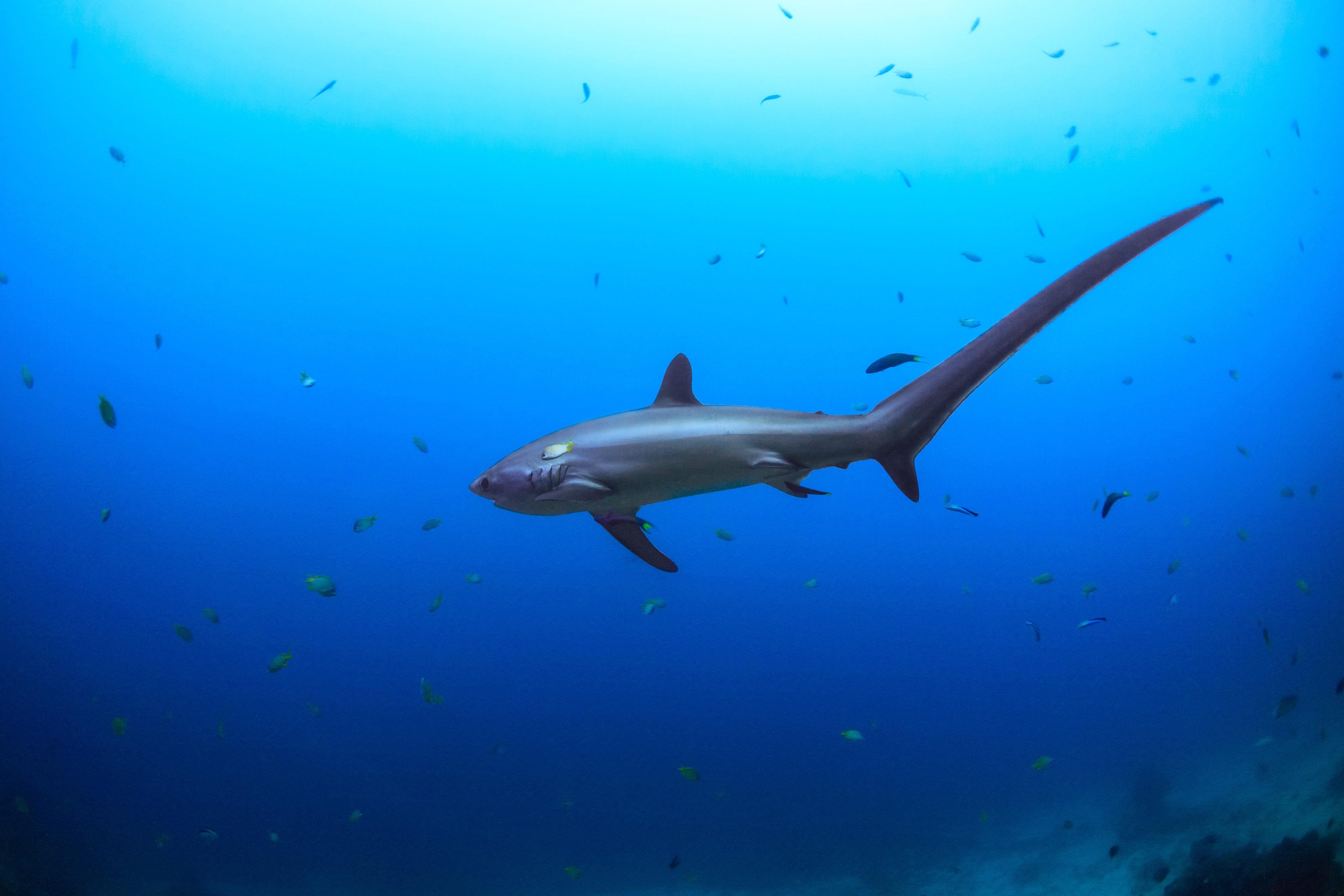 Sideview of an adult thresher shark

Once species are listed how are environmental protections enforced?

We have to remember that enforcement does not happen overnight and in some cases, can take several years. CITES is powerful because it has a mechanism that requires listed species to be exported with accompanying permits that can only be issued following a scientific study. This ensures species are obtained in a sustainable manner. Periodic reviews of trade, or following complaints by other countries (a process similar to an audit) may be undertaken to ensure everything is done by the books. If not, the country would be nominated for black-listing to prohibit all CITES-listed trade, which has severe economic consequences. Therefore, most countries abide by the trade regulations but often require assistance and capacity to do so — something that can take several years to do.

What would you say to young people who want to get involved in shark and ray conservation but don’t know how they can help?

To conserve nature, we must appreciate nature. Spending time outside and underwater and experiencing these animals in their natural habitat is one of the best ways to get inspired to protect them. Learning more about shark and ray biology, how and why they are caught, and spreading this information to other people plays a very large role. Often, small steps that may seem insignificant, combined together can have a greater, global impact!

What in your mind constitutes effective conservation policies?

For conservation policies to become effective they must be up-to-date, realistic, practical or enforceable, and properly implemented. Furthermore, there must exist a feedback mechanism to enable the adjustment of the introduced policy to improve its efficacy and adapt to changing circumstances. Unfortunately, many global and national policies take significant time to come into force and are often a few years too late for the species! We need a much greater focus on sustainable management of species, such as via CITES, rather than drastic, last-minute measures such as total prohibition.