Whale shark makes history after being tagged for a second time by researchers.

Back in 2007, Mexican whale shark scientist Rafael de la Parra and a team from the Mote Marine Laboratory first tagged the whale shark affectionately known as ‘Rio Lady’, off the coast of Cancún, in an area known as the Afuera (Mexican for “outside”). Eleven years later, and Rafael, this time with a team from the Guy Harvey Research Institute (GHRI), would be reunited with Rio Lady (now an 8-meter whale shark). Even more impressive, is that they encountered her in almost the same location as last time, but this time they would tag her with a Smart Position and Temperature (SPOT) satellite tag. 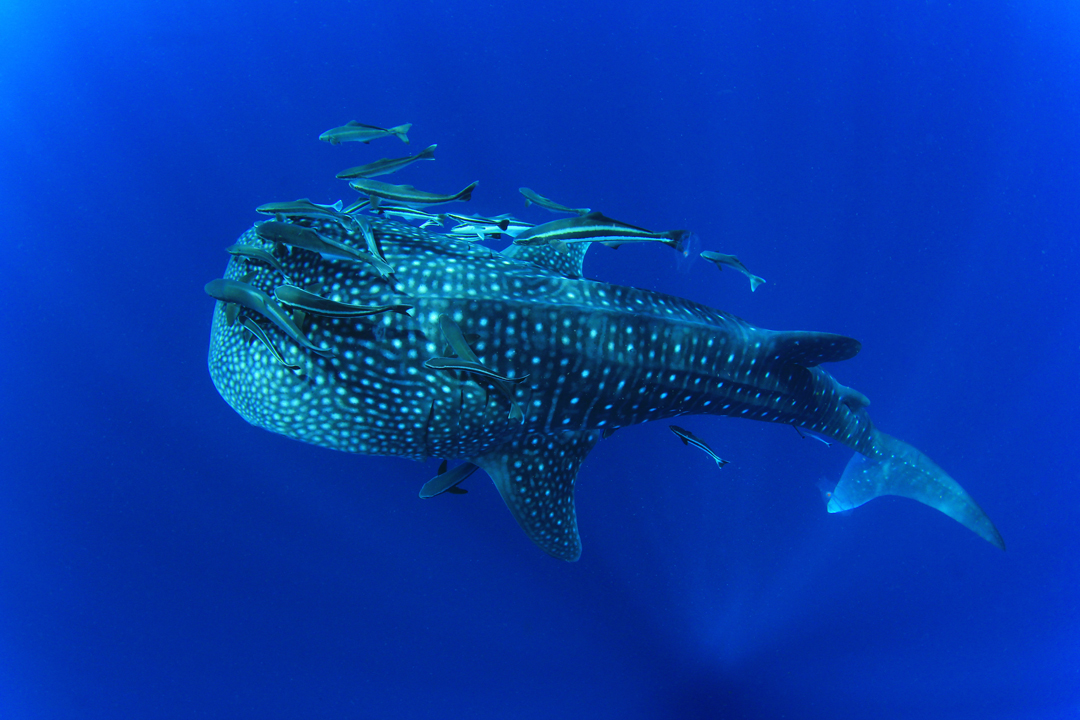 ‘This is the only known case of the same whale shark being satellite tag tracked twice, each at different times,’ says Mahmood Shivji, Director of the Guy Harvey Research Institute & Save Our Seas Shark Research Center at Nova Southeastern University.

These events are a significant step in the understanding of whale shark migratory patterns, giving us an insight into their behaviour. Not only is it the first time a double satellite tagging has been reported of a whale shark, but it is also the longest period of time one of these endangered species has been tracked in the Atlantic Ocean. An impressive 20 months and almost 16 000 kilometres since the SPOT tag was first deployed in 2018. 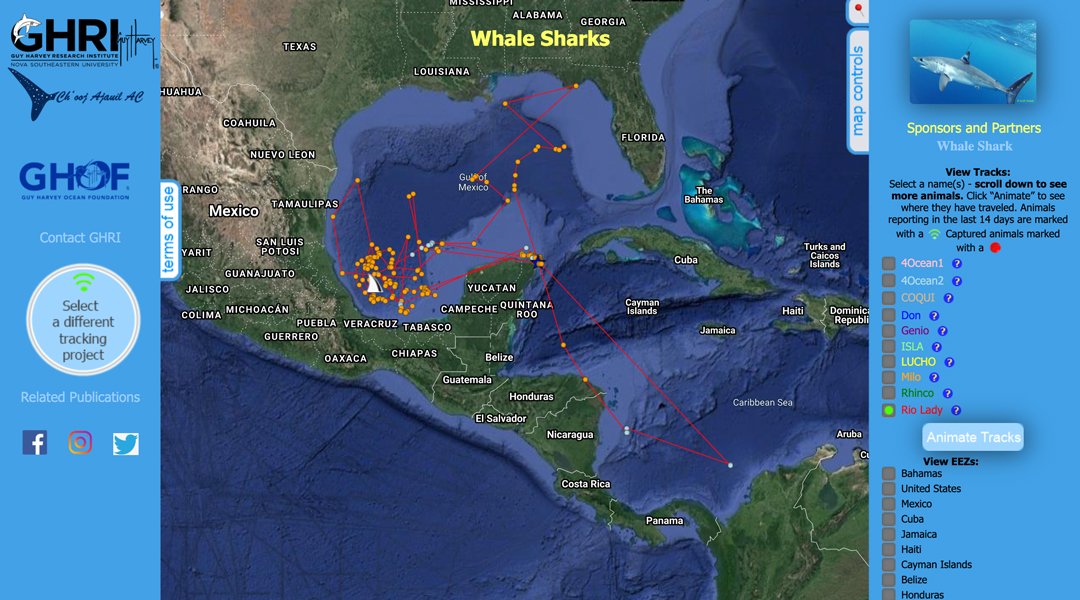 “The strikingly different travel patterns of Rio Lady over the past 20 months compared to her five-month journey into the Atlantic when she was first tracked in 2007-2008, suggests that whale shark individuals may not repeat the same migration pathway annually as many other wildlife species do,” Shivji said.

Professor Shivji goes on to say that the new data could have implications on conservation efforts by determining how their travel paths intersect with busy shipping lanes. Huge ocean-going vessels travel along the Yucatán Peninsula, killing an unknown number of whale sharks each year and calling for the shipping lane to be moved further offshore. 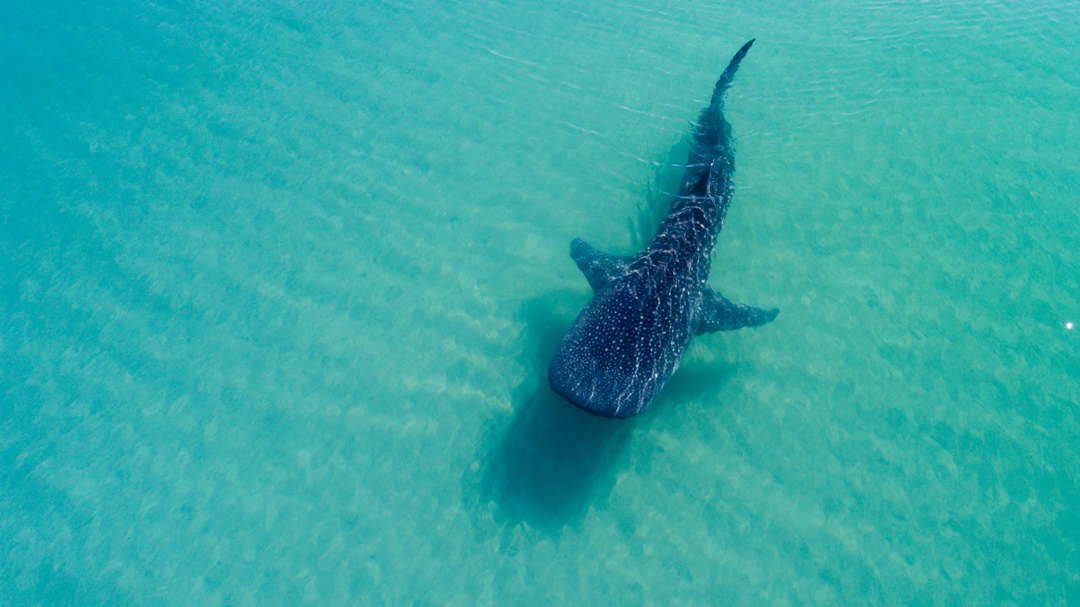 “The long-distance travels of these sharks are also taking them through the jurisdictional waters (Exclusive Economic Zones) of multiple countries, underscoring that conservation efforts for whale sharks will require international cooperation.”

To better protect whale sharks for future generations, Shivji said Nova Southeastern and collaborating researchers Mote Marine Laboratory, the Georgia Aquarium and Ch’ooj Ajauil are studying many aspects of a whale shark’s life. The Save Our Seas Foundation will also use the newly gathered data to contribute towards their education, conservation and research projects. 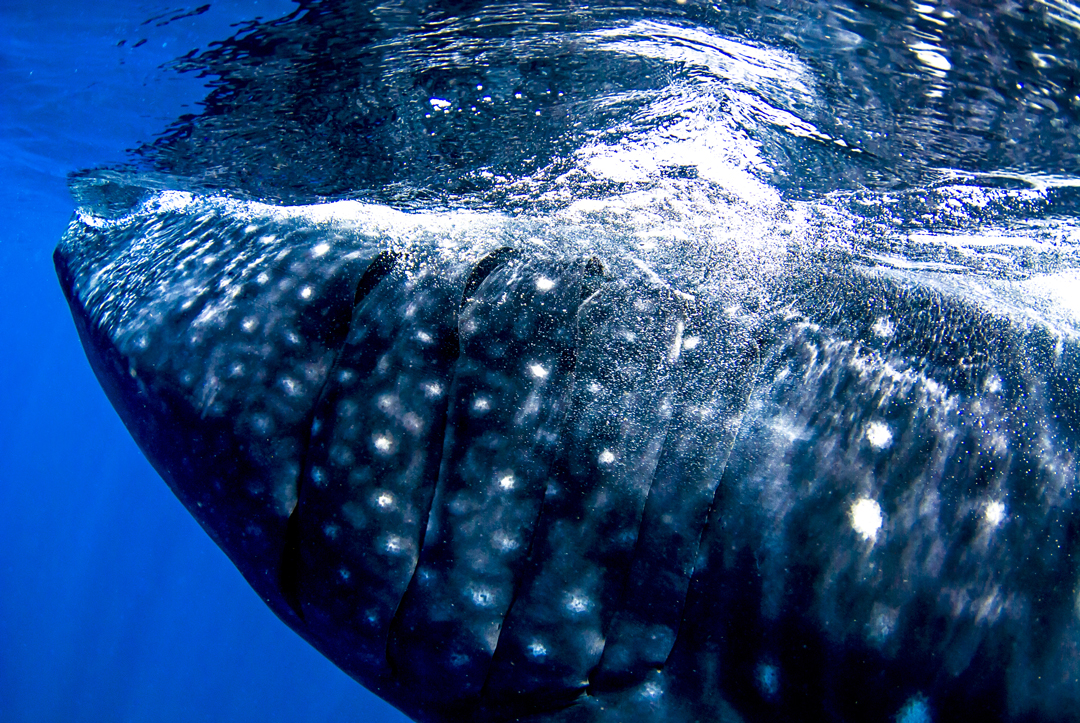 “The more we learn about these animals, their growth dynamics, where they go, what areas may be their nurseries, it can lead to a better understanding of their life history, which is imperative to guide conservation efforts,” Shivji said.

Some of the great mysteries whale sharks present us with are where they mate, where and how they give birth and where they spend their formative years. Hopefully, by high-resolution tracking over a long period, some of these questions will be answered. And Rio Lady could finally be the teacher we’ve been seeking. You can follow Rio Lady’s tracks as she crisscrosses the ocean here. 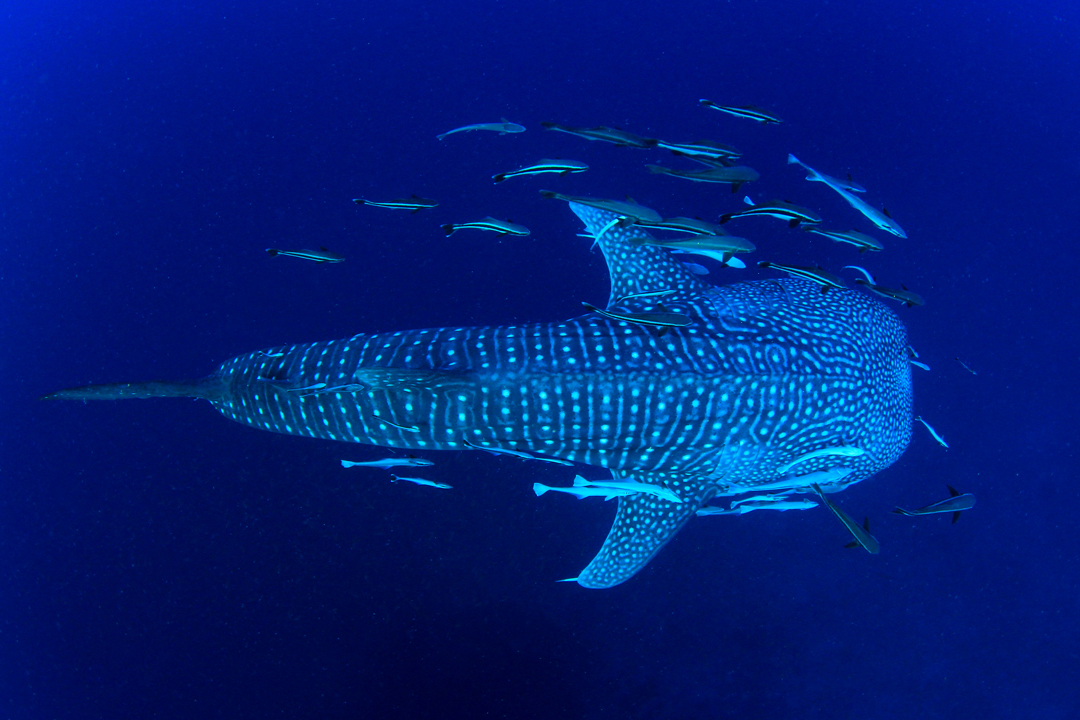