Scientists review our knowledge of a major climate phenomenon

Unravelling the complicated mystery of The Little Boy, or El Niño as we’ve come to know it, is a scientific conundrum that has long kept scientists scratching their heads. The reason they’re so interested in understanding how it works? The impact of El Niño events spread far and wide, with consequences right from ocean currents to the occurrence of natural disasters, leaving its footprint on economies, ecosystems and even global financial markets. 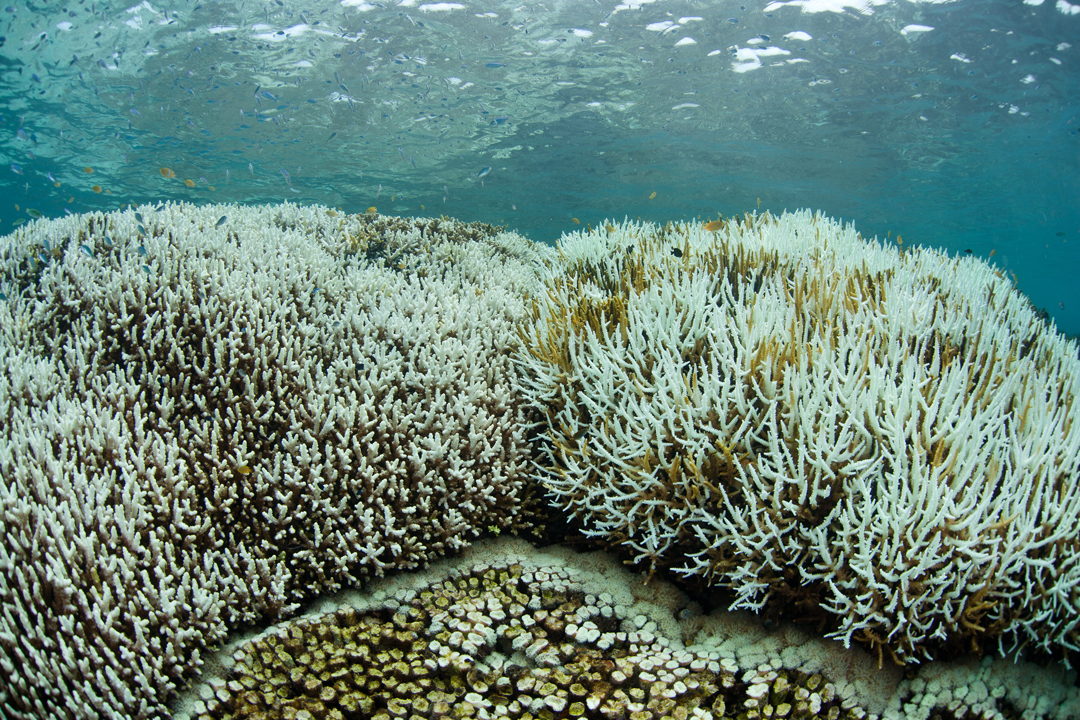 Corals bleached as a result of high sea temperatures which have caused the corals’ symbiotic dinoflagellates to exit the corals’ tissues. If temperatures do not fall the corals will die. Photo © Ethan Daniels | Shutterstock

A new paper published in Nature in July reviews the current state of knowledge we have about this phenomenon and suggests there is some structure in the seeming chaos of El Niño events, which might make their occurrence and extent more predictable in future. There is strong incentive to understand, and therefore hopefully better predict, a phenomenon with such far-reaching consequences. The authors of the paper, led by scientist Axel Timmermann, Director of the IBS Center for Climate Physics (ICCP) at Pusan National University and comprising 40 scientists from around the world, wanted to know what made one El Niño event different from another. 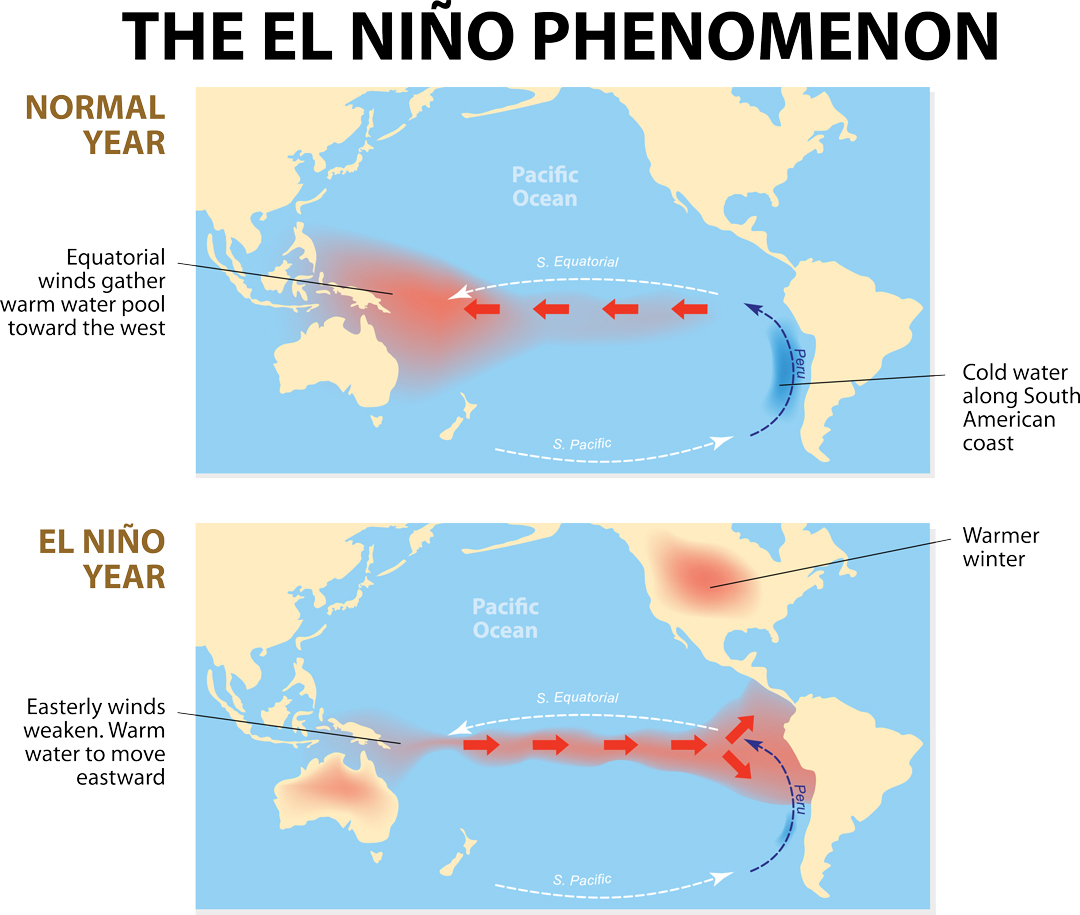 Diagram showing the El Nino phenomenon. El Niño is a disruption of the ocean and atmosphere system in the Pacific ocean having important consequences for weather around the globe. Image ©

Typically, an El Niño event means unusual warming in the central to eastern equatorial Pacific. This period of warming can last a year. El Niño events are often followed by a cooler La Niña event, which may last between 1-2 years. The alternating cycles between warm El Niño events and cooler La Niña periods is dubbed the El Niño-Southern Oscillation, or ENSO, and it’s a major player in our changing global climate system. Scientists know that ENSO events are complex, and differ from one another. Specifically, the El Niño events seems to differ in their relative strength and location. Whether an El Niño event is strong or weak, or happens in the central or eastern Pacific, will determine where the major impacts of this phenomenon will be most felt. If scientists could understand what determines these differences (What is it that might make one El Niño event stronger than another? What might mean one event happens in the eastern rather than the central Pacific?), they might be closer on the trail to eventually predicting the extent and location of these events. This would have huge consequences for how we prepare for, and deal with, their impacts.

So, what did Timmerman and his team conclude in their review? It seems the storage of heat in the upper waters of the Pacific Ocean is key. When there is more heat stored in these surface waters, El Niño events are strongest in the Eastern Pacific. When these upper ocean waters are cooler, El Niño tends to be a Central Pacific affair. When the researchers ran model simulations on computers, they found that by looking at different temperatures, wind and ocean characteristics, they would expect El Niño events to occur in the Eastern Pacific roughly every 3 – 7 years. El Niño events in the Central Pacific returned approximately every 2 – 3 years. It seems simple enough, but these interactions are always too complex to give a straight answer. The strength of the interaction between the atmosphere and the ocean might determine the nature of these different events, but predicting them remains controversial because a number of other climatic and ocean changes come into play.